Mathematics and physics extend the notion of dimensionality beyond the usual perception of three dimensions to consider higher-dimensional spaces (eg, four-dimensional space–time) as well as negative, fractionally, and complex dimensional spaces. The formulae describing properties such as area and volume of some geometric objects can result in indefiniteness, particularly when dealing with negative dimensions. Dr Szymon Łukaszyk, an independent researcher in Poland, has discovered recurrence relations that can be employed to remove the indefiniteness present in these known formulae. His investigation into the properties of regular convex polytopes (fundamental geometric objects with flat sides) and balls reveals the previously unknown properties of these objects in negative dimensions.

The term ‘dimension’ generally refers to an object’s size in terms of length. In mathematics, this concept is expanded to define a point within Euclidean space, with a point being zero-dimensional, a line being one-dimensional, a plane being two-dimensional, and space being three-dimensional. Both mathematics and physics extend the notion of dimension to the consideration of higher-dimensional spaces. For instance, four-dimensional space–time – where three numbers, or coordinates, locate a point in space and the fourth dimension fixes its time – plays a significant role in relativity and quantum theory. In topology, the notion of space is broadened further to include negative-dimensional spaces with applications in linguistic statistics and fog computing (a decentralised computing architecture located between the cloud and the devices producing data).

The formulae describing properties such as area and volume of some geometric objects rely on the gamma function. The gamma function is an extension of the factorial function n!, the product of all non-negative integers less than or equal to n, that includes complex and real numbers (rational and irrational numbers), not just integers. When dealing with negative dimensions, however, indefiniteness (where there is no specific start or end value) and singularities (points where functions are not defined or do not behave as expected) can occur with these formulae. Independent researcher Dr Szymon Łukaszyk has discovered recurrence relations that can be employed to remove the indefiniteness emerging from these known formulae.

A polytope is a fundamental geometric object with flat sides, faces, or facets. It is an extension of the concept of two-dimensional (2D) polygons and three-dimensional (3D) polyhedra and can exist in any number of dimensions, n. The generalisation of an n-dimensional polytope is known as an n-polytope, so a polygon is a 2-polytope, and a polyhedron is a 3-polytope.

The recurrence relations presented in this study remove the indefiniteness and singularities existing in known formulae.

Łukaszyk is particularly interested in regular convex polytopes. These are regular in that the polytope’s surfaces are regular polytopes of a preceding integer dimension. All vertex angles are therefore equal and all sides are the same length and convex, in that a line joining any two points of the polytope lies entirely inside this object. There is an infinite number of regular 2D convex polygons, five regular 3D convex polyhedra (known as the Platonic solids), and six regular 4D convex 4-polytopes. In higher-dimensional spaces where n is five or more, there are only three: the n-simplex, the n-cube, and the n-orthoplex. Regular n-simplices include 2D equilateral triangle and 3D regular tetrahedron, n-cubes include 2D squares and 3D cubes, and n-orthoplices are squares in 2D and octahedrons in 3D. In addition, n-balls are examined. These are disks in 2D and balls in 3D, and therefore regular and convex too.

Known formulae not defined in all dimensions

Łukaszyk has discovered a recurrence relation where a series of rational numbers (numbers that can be expressed as fractions) can be established where the number corresponding to n, fn, is calculated by dividing 2 by n and multiplying by the value corresponding to n – 2. The discovery of this recurrence relation means that the volume of an n-ball can be expressed as a product of this rational factor, an irrational factor (a number that cannot be represented as a fraction) of π raised to the power of ⌊n/2⌋ ( ⌊x⌋ denotes the floor function – its output is the greatest integer less than or equal to x), and a radius factor of the n-ball radius raised to the power of n (Figure 1).

Łukaszyk demonstrates how the recurrence relation of the volume and surface of n-simplices can be presented in terms of the length of the shapes’ edges. Applying these formulae reveals that in negative integer dimensions where n is less than -1, n-simplices are undefined (their values can only be given in the sense of a limit of a function). Moreover, when the dimensions are negative fractions, the previously undefined volumes and surfaces take on imaginary values that diverge (do not have a distinct limit) as n decreases.

Similarly, the recurrence relation of the volume and surface of n-orthoplices can be described in terms of edge length. Again, the researcher was able to explore previously undefined values and reveal that when the dimensions are negative integers, n-orthoplices have zero volume. With negative, fractional dimensions, however, both the volume and the surface diverge with decreasing n. When the number of dimensions is less than 0, the surfaces are undefined (their values can only be given in the sense of a limit of a function) (Figure 2).

Where previously undefined, this research reveals that volumes and surfaces can also be generated for negative dimensions.

Łukaszyk also explores volumes and surfaces of omnidimensional polytopes that are inscribed in and circumscribed about n-balls, ie, just touching the surface, and can be written in terms of the n-ball’s diameter. In negative dimensions, these took on complex values. Examining the values associated with negative integer dimensions revealed a curious assortment of rational, irrational, and integer coefficients (Figures 3, 4, and 5).

In this novel exploration of negative dimensions, Łukaszyk observes that, when compared with their counterparts in positive dimensions, n-balls, n-simplices, and n-orthoplices exhibit different properties. This doesn’t occur with n-cubes. He notes that this study concurs with prior research and shows ‘that our intuitive notions of a dimension as a natural number representing the number of independent coordinates needed to specify a point within Euclidean space, and lengths, surfaces, and volumes as real, positive numbers are obsolete.’ For instance, it has been shown that fractal dimensions are in keeping with experimental observations and allow for the analysis of the transport properties in porous media, including thermal conductivities and permeability, in the oil/gas/water/rock system.

Łukaszyk describes how the first zero-dimensional point, the primordial Big Bang singularity, emerged from a negative one-dimensional void. Space and time did not exist before this event, which generated infinitely more points that form numerous real and imaginary dimensionalities. Biological evolution has been able to exploit only one emergent dimensionality – the four-dimensional space–time dimension comprising three spatial dimensions together with one imaginary time dimension, mostly due to the exotic ℝ4 property of such a configuration, which is absent in other dimensionalities.

The recurrence relations presented in this study remove the indefiniteness and singularities existing in known formulae, enabling Łukaszyk to reveal the previously unknown properties of n-balls, regular n-simplices, n-orthoplices, and n-cubes in complex dimensions with potential applications in linguistic statistics, fog computing, crystallography, and molecular physics.

What inspired you to find this novel recurrence relation?

I am convinced that this little fairy… 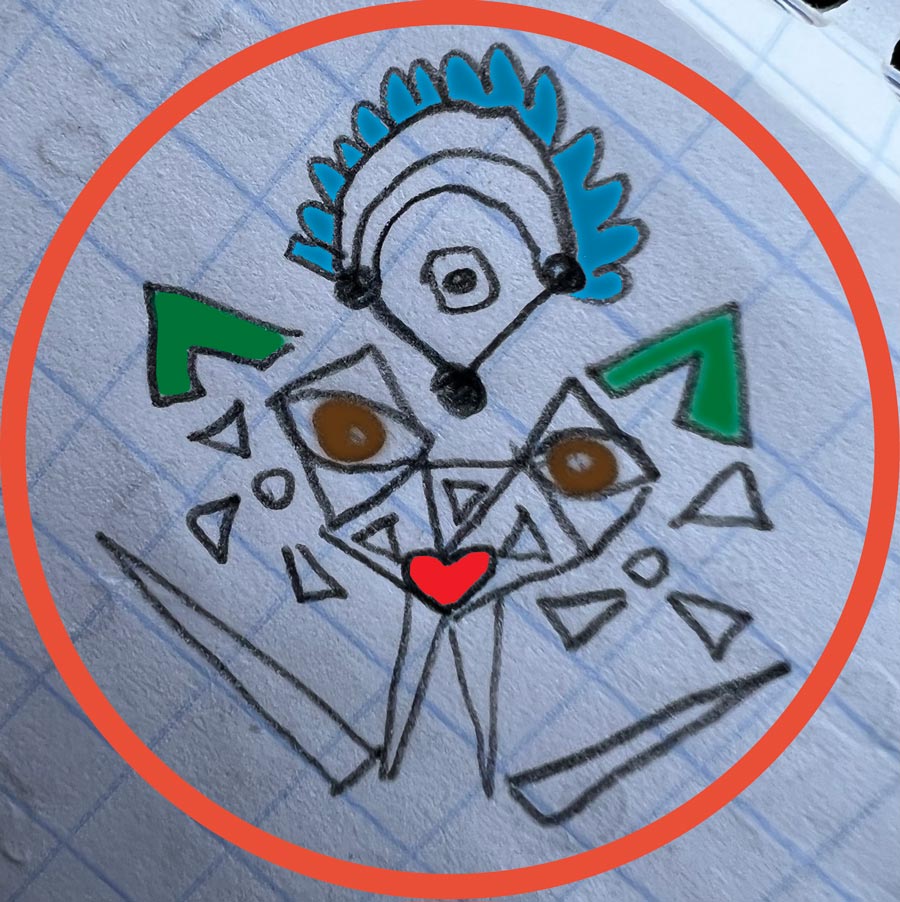 …carrying her heart in her hands, that my wife drew in my notebook on the page where I was pondering n-balls, was my muse in May 2020. She is inscribed in a 2-ball (disk) and her slightly separated body and angled brassards hinted to me to similarly separate the known ball volume formula 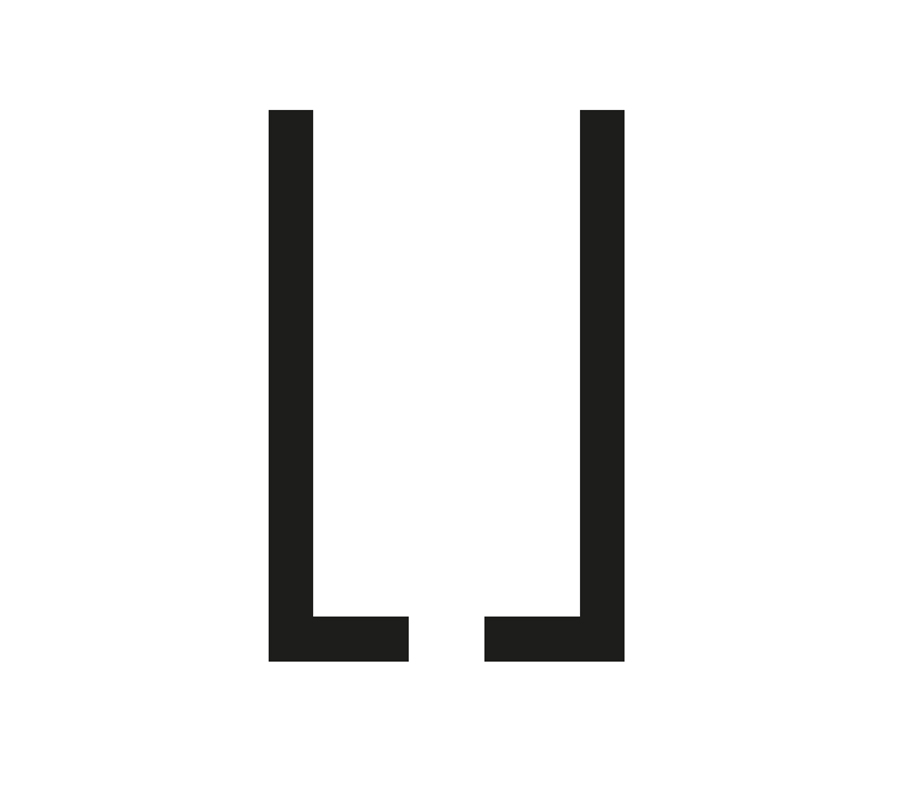 (in the ball volume, the power of π rises with every two dimensions), while 14 ruffles in her crown suggested using ‘n‘ (the 14th letter in the alphabet) in the denominator of the sequence fn = 2fn – 2/n. Calculating the inverse of the gamma function of the known formula above (without the π-factor for odd n’s) for a few initial dimensions was also helpful. The breakthrough came in September 2021 when I found that balls’ volumes and surfaces are zero in the negative, integer dimensions.

Born 1972. MSc in 1996 on genetic algorithms. Research on neural networks. PhD in 2004 on Łukaszyk-Karmowski metric. Since 2016 conducting own, independent research on quantum theory, emergent dimensionality, graph theory, and black holes.