Physical Sciences
Dr Takayuki Nonoyama, Assistant Professor of the Faculty of Advanced Life Science at Hokkaido University, has made a polymer material with a rather strange property: at room temperature, it is rubbery, and at higher temperatures it solidifies. Cool it back down, and it becomes rubbery again. To create a material which exhibits this counter-intuitive behaviour, Nonoyama took inspiration from the proteins in thermophiles – bacteria capable of surviving in extreme temperatures. The polymer-based hydrogel invention may find use in protective sports equipment, or perhaps it will unlock a whole new world of polymers.

It’s true that conventional polymers, the ones we use in our day-to-day lives, cease to be solid and become rubbery when they get too hot. This is such a common property of plastics that it has both a name, the ‘glass transition temperature’, and an acronym, ‘Tg’. But is it possible to make a plastic which does the opposite: one which becomes harder when heated?

Thermal phase separation
To answer this question, Dr Takayuki Nonoyama, Assistant Professor of the Faculty of Advanced Life Science at Hokkaido University, started with the materials which are about as close as it gets to being ‘thermostiffening’: polymer-based hydrogels.

Polymer-based hydrogels have a microscopic structure containing a network of polymer chains, interspersed with water molecules. Some polymer-based hydrogels undergo a process called ‘phase separation’ when heated. During phase separation, a homogeneous substance becomes divided into regions of two or more phases. At low temperatures, water is uniformly distributed in the polymer network. However, above a certain temperature regions of the material form, which are one of two phases. The first type of region is dehydrated and polymer-dense, and the second is water-swollen and dilute.

The polymer-dense regions with low water content have stronger intermolecular interactions. Once phase separation has occurred, the gel becomes stiffer on a macroscopic level. But the differences in the material properties before and after phase separation are generally fairly limited: hydrogels can usually exhibit only a small change in hardness, even at high temperatures.

Inspiration from thermophiles
In pursuit of a material with a more significant phase change, Dr Nonoyama turned to nature for inspiration – specifically, thermophiles. Thermophiles are bacteria which can live at incredibly high temperatures, sometimes even hotter than the boiling point of water. These bacteria are found in places like hot springs and deep-sea hydrothermal vents, and have been recorded living at temperatures up to 120 °C. Proteins in most bacteria, plants and animals would quickly unfold at these extreme temperatures, losing their shape and becoming denatured. However, thermophiles have evolved several biological adaptations to cope with the heat, which include substantial structural changes to their proteins that prevent them from denaturing.

82% of the weight of the thermo-stiffening fabric was intact after the test, compared to only 12% of the control fabric.

To the lab
With thermophile proteins providing an excellent and effective solution in nature, Dr Nonoyama began searching for a way to enhance the phase separation which occurs in hydrogels in a similar way.

The chosen hydrogel was poly(acrylic acid), PAAc, which is a polyelectrolyte, meaning that its repeating structure contains a structure which can disassociate, leaving a negative oxygen ion on the polymer chain. This property of the polymer is valuable because the ions formed will mimic the ion-forming amino acids in the thermophile proteins, allowing the polymer chains to form electrostatic attractions.

However, PAAc does not solidify even at 100 °C. This is because the second crucial element of the thermophile proteins is missing: their hydrophobicity. This property is what causes water molecules to be removed from the polymer network at high temperatures. Replicating this aspect of thermophile proteins required the addition of a second, non-polymer hydrophobic molecule – calcium acetate.

If enough calcium acetate is present amongst the hydrogel network of PAAc, the resulting hydrogel will undergo a phase change at a reasonably low temperature. And if everything goes to plan, this will be in the ‘wrong direction’ compared to most other polymers – it should cause thermal stiffening when the material gets hot enough.

Both polyacrylic acid and calcium acetate are versatile, inexpensive and non-toxic – in fact, both are often used by the food industry to modify properties of foods like viscosity. This means that the materials to make this hydrogel are both cheap and readily available.

Results
The material created by Dr Nonoyama is a soft, rubbery texture at room temperature, and is transparent. It also quickly becomes glassy and opaque when heated to 60 °C. Dr Nonoyama’s tests of a folded gel sheet 1 mm thick failed when used to attempt to lift a 10 kg weight at room temperature. However, at 60 °C the same material is able to suspend the weight without failing.

Further testing reveals that the temperature of hardening, Th, for this hydrogel is 50.4 °C, and causes an increase in stiffness of three orders of magnitude. Several repeated cycles of heating and cooling the hydrogel also show that the thermal response is completely reversible.

Phase separations
At higher temperatures, the hydrophobic nature of calcium acetate starts to dehydrate the polymer network, removing water molecules. This causes the phase separation process to occur more readily, resulting in regions of different phases, containing high and low polymer density. The regions of high polymer density are then able to form stronger and more numerous electrostatic attractions. In this hydrogel, the most important attractions occur between negative carboxylate groups in the polymer network, positive calcium ions, and negative acetate ions from the calcium acetate.

This thermo-responsive smart protector could be capable of protecting a person’s clothes and body in a traffic or sporting accident.

Scanning electron microscopy images of the hydrogel at different temperatures show how microscopic regions of different polymer density form as the hydrogel is heated. At 32.4 °C, these pockets of polymer-dense material form, until 50.6 °C where complete phase separation has occurred and the polymer is hard. Above this temperature, tests confirm that the stiffness, strength and toughness increase by a factor of 1800, 80 and 20 respectively.

Tuning the hydrogel
With a functioning thermal stiffening hydrogel, Nonoyama became interested in whether the properties of the hydrogel could be altered. It should be possible to regulate the temperature of phase separation by replacing calcium acetate with alternative calcium salts with different hydrophobicities.

Applications
To demonstrate just one possible application of the hydrogel, Dr Nonoyama integrated the gel into a piece of protective sportswear similar to a motorcycle race suit. In the suit, a material made from a glass fibre fabric incorporating the thermo-stiffening hydrogel was tested on asphalt. When the fabric composite was dragged against the asphalt surface for 5 seconds at 80 km/h, the surface temperature of the composite rose to 90 °C. Not only was this high enough to cause the hardening transition, it also resulted in fabric which was less damaged than an equivalent fabric made using a thermo-softening hydrogel. 82% of the weight of the thermo-stiffening fabric was intact after the test, compared to only 12% of the control fabric. Notably, this thermo-responsive smart protector could be capable of protecting a person’s clothes and body in a traffic or sporting accident.

Dr Nonoyma’s material may be the first example of a functional thermal-stiffening hydrogel, but it represents more than that. The mechanism that this material uses to stiffen at high temperatures is almost certainly applicable to other types of polymers, which unlocks an entirely new range of materials with their own unique applications.

What other applications could you see a thermal-stiffening hydrogel being used in?

<>The phase-separation accompanies a large amount of heat absorption. When we install the gel sheet to house windows, the gel works as a heat absorber against sunlight heat, reducing the interior temperature. This could have important implications for power supply type air-conditioning systems, helping to contribute to reduced global warming.

This polymer hardens as it heats up was last modified: June 3rd, 2020 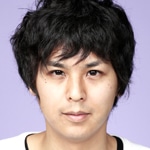 Dr Nonoyama holds a PhD in engineering from Nagoya Institute of Technology. He has held the position of Assistant Professor in the Faculty of Advanced Life Science at Hokkaido University since 2013.

Inspired by thermophile proteins, Dr Nonoyama created a polymer material that changes from soft hydrogel to rigid plastic upon heating.

Nonoyama T., 2020, "This polymer hardens as it heats up " Research OUTREACH. (114) Available at: https://researchoutreach.org/articles/this-polymer-hardens-as-it-heats-up/ (Accessed YYYY/MM/DD)