Health & Medicine
Sarcoidosis can often be difficult to diagnose and tricky to treat. The disease, which produces ball-like conglomerates of inflammatory cells called granulomas in the affected organs, looks likely to be caused by a bacterium called Propionibacterium acnes. Dr Yoshinobu Eishi and his team at Tokyo Medical and Dental University, Japan, investigate the previously unknown path from P. acnes infection to sarcoidosis. This work should help to improve diagnosis and treatment of sarcoidosis in future.

Sarcoidosis is a rare and frustrating condition. Rare because the disease affects about one in every 10,000 people; frustrating because it affects different parts of the body, produces a variety of symptoms (or sometimes none at all) and currently has no known cure.

Sarcoidosis causes ball-like conglomerates of inflammatory cells to develop in the affected organ. These tightly bound cell-to-cell conglomerates are called granulomas and are a product of the body’s immune response to poorly digestible antigens such as infection, rather than the disease itself.

Difficult to diagnose, tricky to treat
Sarcoidosis most commonly affects the lungs: around 90% of sarcoidosis patients have the pulmonary form of the disease. The main symptoms are a persistent cough and shortness of breath. Sarcoidosis also often affects the skin, where it causes tender red bumps and rashes to appear. However, although these are the most common types of the condition, sarcoidosis can affect other organs as well. If this happens, symptoms can include red, painful eyes, joint or muscle pain, tiredness and lethargy and swollen glands – among others. This wide range of symptoms, none of which are specific to sarcoidosis, make it a difficult disease to diagnose. The tests that are used to diagnose the condition depend on which organs appear to be affected. For example, a chest X-ray can help to diagnose pulmonary sarcoidosis.

The rapidly-multiplying P. acnes does not always remain confined in the organ where it lay dormant.

The good news is that, in around 60% of patients, sarcoidosis will get better by itself – although this might take a few months, or even years. In other patients, treatment is needed. This might include steroids, which help to relieve symptoms and reduce inflammation. Other immunosuppressant drugs, to control the body’s immune response, are also sometimes used.

In very rare cases, sarcoidosis can cause serious damage to organs, including the heart and lungs. This can result in the need for a lung transplant or pacemaker, for example. If sarcoidosis is to be better understood, diagnosed and treated, the first step is to try to identify the origins of the condition.

The elusive causes of sarcoidosis
Until recently, the aetiology, or causes, of sarcoidosis remained elusive. Now, though, Dr Eishi and his team at Tokyo Medical and Dental University are focusing their attention on a bacterium called Propionibacterium acnes. P. acnes is a commensal bacterium in humans. This means that it is part of the body’s normal microbiota: the collection of bacteria, fungi and viruses that lives in the body and usually causes no problems. In fact, P. acnes has been found to be the most common commensal bacterium in the lungs and lymph nodes of people without sarcoidosis.

Sarcoidosis as a result of P. acnes falls within the hypersensitivity group of endogenous infections. This is why, under normal circumstances, it causes no problems. However, it can exist as a latent (dormant or hidden) infection in the lungs and lymph nodes. Dr Eishi and his team have discovered that, under certain environmental conditions, the dormant P. acnes is activated. Once activated, P. acnes proliferates in the cells of the organ in which the latent infection was present. In hypersensitive patients, the proliferation of the bacteria triggers the growth of granulomas.

How does P. acnes cause sarcoidosis?
The rapidly multiplying P. acnes does not always remain confined in the organ where it lay dormant. Instead, some of the bacteria may escape, swiftly spreading to other parts of the body via the lymphatic system and bloodstream. Through this rapid migration, P. acnes might eventually colonise other organs, establishing new latent infection in the heart, eyes or skin, for example.

New latent infections are likely to be activated, in the same way as the original infection, under particular environmental conditions. This results in systemic sarcoidosis, where multiple organs within the body develop granulomas. For as long as the body’s immune system fails to wipe out any latent infections, the cycle of sarcoidosis will repeat any time the right conditions cause reactivation of the bacteria.

Sarcoidosis is likely to result from the interaction between infection, immunity, and allergic reaction.

The longer systemic sarcoidosis persists, the more serious the condition becomes. Repeated episodes of inflammation can lead to scarring in the affected organs. Eventually, the damage to the organ can become extensive enough to affect its function.

Dr Eishi and his team have established that sarcoidosis is likely to result from the interaction between infection, immunity, and allergic reaction. In summary, there are three conditions that occur, allowing P. acnes to cause sarcoidosis: a latent P. acnes infection, activation of the latent infection triggered by environmental factors, and a hypersensitive immune response to the proliferation of P. acnes.

Towards a treatment for sarcoidosis
Dr Eishi’s work should help to inform more targeted treatment for sarcoidosis. Treatments that suppress the immune system – primarily corticosteroids – have been used to tackle the symptoms of sarcoidosis for more than half a century. Unfortunately, these treatments have some downsides. Once a patient stops taking the drugs, there is a high chance of relapse. Long-term use of corticosteroids can have side effects that range from the unpleasant to the dangerous, including bruising, weight gain, diabetes and high blood pressure. Immunosuppressive drugs can reduce granuloma formation; although this might seem like a positive thing, granulomas are the body’s way of trying to protect itself by halting the spread of P. acnes infection.

In some sarcoidosis patients, antibiotics might be an effective treatment option. Antibiotics will kill proliferating bacteria during active infection. Importantly, they can also be used to prevent activation of a latent infection. This means that taking antibiotics long-term could stop the cycle of recovery and re-activation suffered by some sarcoidosis patients. In theory, antibiotics could be used to entirely eradicate latent infection, leading to complete remission of sarcoidosis. However, in practice this might be difficult to achieve. Dr Eishi suggests, when corticosteroids are used for treatment, simultaneous use of antibiotics could prevent the spread of P. acnes infection caused by impaired granuloma formation.

P. acnes can also sometimes be responsible for cases of acne. Studies of acne sufferers have recently shown that the tetracycline group of antibiotics are a powerful way to combat P. acnes infection. This in turn led to the discovery that tetracyclines can also be an effective treatment for sarcoidosis.

A novel way to approach the treatment problem could be to specifically target the hypersensitive immune response. Anti-tumour necrosis factor-α drugs, which are used for not only rheumatoid arthritis but also sarcoidosis, however, may cause tuberculosis or sarcoidosis as latent M. tuberculosis or P. acnes can be reactivated by these drugs, respectively. A more specific approach to target hypersensitivity to P. acnes is needed. Some of Dr Eishi’s work has suggested that a particular protein such as P. acnes trigger factor or catalase is responsible for hypersensitivity to this commensal bacterium.

Although many questions about the aetiology of sarcoidosis are still to be answered, the work of Dr Eishi and his team has revealed some important secrets of this rare and frustrating disease. Hopefully, in the not-too-distant future, sarcoidosis sufferers will be able to expect a faster, clearer diagnosis and a concrete treatment plan.

What first prompted your research into this area?

Shining a light on sarcoidosis: The path from infection to treatment was last modified: January 21st, 2020 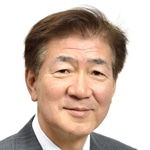 Yoshinobu Eishi retired as Professor at the Department of Human Pathology, Tokyo Medical and Dental University in March 2019.

Dr Eishi and his team examine sarcoidosis as an allergic endogenous infection caused by Propionibacterium acnes.

Eishi Y., 2019, "Shining a light on sarcoidosis The path from infection to treatment"Research OUTREACH (110). Available at: https://researchoutreach.org/articles/shining-a-light-on-sarcoidosis-the-path-from-infection-to-treatment (Accessed YYYY/MM/DD)

7 thoughts on “Shining a light on sarcoidosis: The path from infection to treatment”