Biology
Introduction of non-native species can cause severe disruption to ecosystems. A rapid growth in lake trout numbers in Lake Pend Oreille, Idaho threatened both native species conservation and the popular recreational fishery on the lake. This prompted Andrew M. Dux, Matthew P. Corsi and colleagues at the Idaho Department of Fish and Game, along with Michael J. Hansen of the U.S. Geological Survey, to seek a solution. Using mathematical population modelling to inform their strategy, the team developed a successful long-term lake trout suppression program, allowing threatened populations to stabilise and recover, and providing a sustainable implementation plan for the future.

Non-native, introduced, or alien species are those living outside their natural historical distribution and have usually arrived, either intentionally or accidentally, because of human activity. Lake Pend Oreille, Idaho, is just one example from many across the globe of the potential disruption to freshwater ecosystems following the introduction of non-native species. However, it is also a restoration success story, demonstrating how ecological theory can inform effective interventions, and highlighting non-native species suppression as an effective conservation and fisheries management action.

Predators, prey and competitors
Historically, non-native freshwater species have been introduced to water bodies for their recreational and commercial fishing value. From the 1940s to 70s, Lake Pend Oreille was the most popular fishery in Idaho, boasting world-record-holding native bull trout (14.5kg) and non-native rainbow trout (16.8kg). The remarkable size of these trophy fish was itself a result of the introduction of kokanee, also popular with anglers, but crucially an abundant food source for these top predators. Lake trout were also introduced, but remained at low numbers for many decades. However, in the 1990s, the population of lake trout increased exponentially as a delayed response to an earlier introduction of a shrimp-like crustacean ‘Mysis’. The crustacean proved to be perfect prey for juvenile lake trout, increasing their survival and allowing for exponential lake trout population growth. Further, Mysis are strong competitors for zooplankton and reduced the productive capacity of the kokanee population. The increased predation demand created by the rapidly increasing lake trout population was unsustainable and threatened to cause the collapse of the kokanee population, while the competition for prey meant that the prized bull trout and rainbow trout populations were also in jeopardy. Sustaining the popular recreational fishery was unlikely, so in 2000 work began to find a solution.

Suppression control program
To prevent the collapse of the kokanee population it was crucial to start reducing lake trout numbers immediately. The Idaho Department of Fish and Game and numerous collaborators began a lake trout suppression program on Lake Pend Oreille in 2006. The primary goal was to reduce the population size by 90% from its peak, which would return numbers to pre-expansion levels. In their native range, lake trout have often been the victim of overharvest. Where fishing has led to greater than 50% annual mortality an inevitable decline in the population has taken place. Therefore, an annual mortality of 50% was seen as a target to ensure decline in the non-native lake trout population in Lake Pend Oreille.

The team removed lake trout using a combination of incentivised angling (44%), trap netting (6%) and gill netting (50%) from 2006 to 2016. Gill netting later proved to be the most effective removal tool. However, the combined removal approach was valuable. Incentivised angling and trap netting were introduced more quickly and effectively reduced lake trout numbers in the early years of the suppression program. Surveys of the lake then eventually helped the team to identify adult spawning grounds and juvenile nursery grounds, where gill netting with specific mesh sizes allowed a highly targeted approach.

Combining theory with reality
An additional research theme, led by Michael J. Hansen of the U.S Geological Survey, used simulation modelling of lake trout population dynamics, and early data on mortality from the suppression program, to predict the impact on the key predators (lake trout, bull trout, rainbow trout) and the kokanee prey population. While the modelling suggested lake trout suppression would benefit the native bull trout and recreationally valued rainbow trout, it also suggested that despite predation management, kokanee were still at risk of collapse. The likelihood of the kokanee population collapsing by 2015 was predicted to be 65%.

The results so far
After 11 years of lake trout suppression, the research team showed that the abundance of both adult and juvenile lake trout had declined by 64% and 56% respectively, and the average annual mortality of lake trout was ~30%. The combination of suppression techniques complemented each other to increase overall lake trout mortality. However, gill netting was the most effective technique because various mesh sizes could be used to target specific age or size cohorts at locations where they were most abundant. Despite annual mortality being below 50%, this was enough to drive the continued decline of the population and is consistent with the vulnerability of lake trout to over harvest in their native range.

The impact of the program on bull trout was difficult to evaluate. However, in other waters following the introduction of lake trout, severe decline or collapse of bull trout have been well-documented. This suggests the program likely contributed to the long-term conservation of bull trout in Lake Pend Oreille, despite challenges with directly quantifying the benefits.

Suppression can be an effective management action for mitigating effects of non-native lake trout in a large, deep lake.

Crucially, the kokanee population did not collapse, and in 2011 began to recover and flourish. While predation management played a significant role in preventing collapse, the research team later concluded that the unexplained collapse of the Mysis population was an unexpected benefit by reducing competition and enabling the rapid rate of kokanee recovery. Later modelling work, led by Matthew P. Corsi, revealed that the presence of Mysis both limited kokanee production through competition for food, as well as enabling lake trout population growth and therefore predation. Overall, lake trout suppression was effective and reduced the negative impacts of the non-native predator. However, future management will also need to monitor and account for the recovery of Mysis to prevent predation from exceeding kokanee production.

What will it take?
An important question remaining for the research team after 11 years of the project is: what will it take to get to 90% suppression? At this point, it was time to turn back to the modelling work carried out by Michael J. Hansen at the U.S. Geological Survey. By re-working his population dynamics models, Dr Hansen started by predicting the optimal gillnet mesh size required to reduce lake trout numbers in the shortest possible time. The model predicted that using more large-mesh gillnetting to skew the capture towards more large adult lake trout would enable 90% suppression to be achieved within 7-13 years.

Finally, a vital prediction to come from the re-worked modelling was that once the target population size had been reached, lake trout numbers could be maintained with 76-86% less effort and significantly reduced costs. The research team suggests that future suppression programs using gill nets should be designed to use the optimal mesh sizes to maximise fishing mortality and most rapidly reduce the population. This should eventually allow a lower intensity and lower cost maintenance operation.

Conclusion
Lake trout suppression aided native species conservation and enabled the restoration of a recreationally and economically valuable fishery. This study points towards the need for early intervention in non-native species suppression using a combination of techniques to maximise mortality. In addition, research to guide and evaluate the suppression program was instrumental. The evidence also suggests that effort and cost can substantially be reduced in the future, particularly if gill net mesh sizes are optimally allocated.

Lake Pend Oreille is a large waterbody, the fifth deepest natural lake in the US, making the management of fish populations a significant challenge. Despite this, the study showed that non-native lake trout suppression was achievable and suggests it may be sustainable at a substantially reduced cost. The findings of this study will be valuable for non-native species suppression programs globally and demonstrate the strength of combining biological data with mathematical simulation modelling to inform fisheries management. 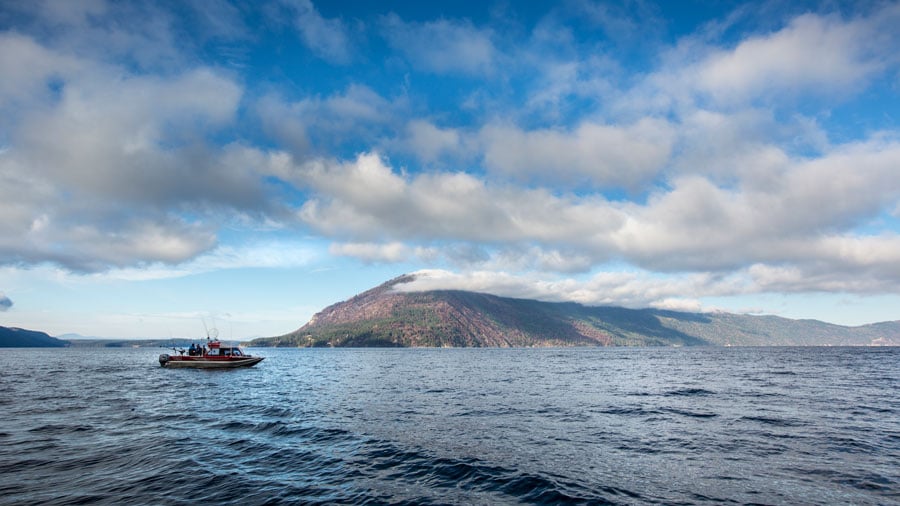 What are the greatest challenges facing freshwater ecosystems? 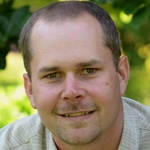 Andrew M. Dux is a Regional Fishery Manager for the Idaho Department of Fish and Game. He oversees the fisheries management program in Idaho’s Panhandle Region. Since 2003, much of his work has been related to management of non-native lake trout populations in the western United States.

Idaho Department of Fish and Game uses suppression to effectively manage the effects of non-native lake trout to benefit native species and a recreational fishery. 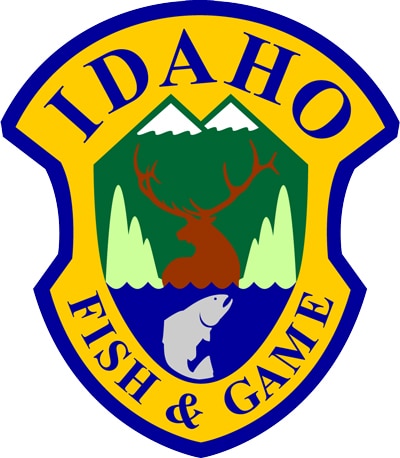