SARS-CoV-2, the virus that causes COVID-19, is one of a number of respiratory viruses that demonstrate a clear seasonal incidence. Professor Gregory Retzinger and colleagues have explored the relationship between influenza-like illnesses (ILIs), COVID-19 and bioaerosol burden. They found an inverse relationship between mould spores and cases of ILIs and COVID-19 which is potentially due to competition for the same cellular receptor. This could explain the sharp seasonality of some viral illnesses and has immediate therapeutic relevance, not only for COVID-19, but also for other sharply seasonal respiratory viruses.

Influenza and influenza-like illnesses (ILIs) present major health challenges. They are very contagious, spread by small droplets in the air when someone coughs, sneezes or talks, and can cause mild to severe illness. Influenza (flu) viruses are constantly changing, meaning that new vaccinations are required every year to reduce the burden of disease.

A 2018 study estimated that around 8% of the population of the United States of America get flu each year, although other studies have put this at up to 20% of the population. This figure varies from year to year and while most people only have mild symptoms, flu can lead to serious complications, hospitalisations, and deaths in vulnerable people, such as older people, young children and people with certain health conditions.

As winter moves into spring, the challenges presented by seasonal flu transition into health problems associated with an increase in pollen levels. Mould spores also increase during spring, summer and early autumn and this may be why people with allergies suffer worse symptoms during these times of the year. Moulds prefer damp conditions which is why spring weather provides an optimal environment for their growth.

SARS-CoV-2, the virus that causes COVID-19, also appears to have a seasonal pattern, for reasons not yet understood. Recent studies from The Netherlands have indicated an inverse relationship between the seasonal incidence of ILI and pollen count. Meanwhile, a decrease in ILIs alongside rising pollen counts has been observed in emergency departments in Chicago, USA. In a new study, Gregory Retzinger, Professor of Pathology at Northwestern University, Chicago, studied the seasonal relationships between ILIs, COVID-19 incidence and bioaerosol burden.

When levels of mould spores are high, TLR4 may be binding to these instead of other targets, especially respiratory viruses.

Pollen and mould spores
Whilst previous studies have only looked at the association between pollen and ILIs, this study also included mould spores as these are known seasonal contributors to bioaerosol burden.

The researchers placed specialised sampling traps in a park in Chicago to collect pollen and mould spores. The traps were deployed between mid-March and mid-October, the time of year that is most likely to trigger symptoms in people who suffer from seasonal allergies, and the only time of the year during which these bioaerosols are easily measurable. The traps work by capturing airborne particles on greased microscope slides, replaced daily, which are then examined to identify and quantify the particles stuck to the slides.

Evidence from the traps revealed that total bioaerosol count (pollen and mould spores) peaked during early September and fell sharply in the following months. The majority of the bioaerosol burden was made up of mould spores, with a peak seen during late September and falling rapidly until mid-October. Pollen peaked twice during the year, with the first main increase around mid-May and a second, smaller peak in late August.

Patterns in ILIs and COVID-19 cases
Data relating to ILIs were collected from the Chicago Department of Public Health for the period January 2015 to July 2020, for 23 hospitals that had consistently reported cases of ILIs during the whole study period. COVID-19 data were collected from the Chicago Data Portal, which provides information about COVID-19 cases, deaths and rates of testing across the local community.

Data analysis showed that cases of ILI present to emergency departments in Chicago in a 12-month cycle. The peak occurs at the start of the year in February and the lowest rate of ILIs was reported in August, although they never completely disappear.

Analysing the COVID-19 data was slightly more challenging, as robust reporting methods were not in place until May 2020, several months after the pandemic began. However, the study suggests a decrease in COVID-19 cases between May and September, followed by an increase. While this could have been due to changes in the ambient levels of SARS-CoV-2 – in other words, the amount of virus in the environment available to be transmitted – it is not clear how local restrictions and lockdown rules impacted the pattern of reported COVID-19 cases. There may also have been cases of COVID-19 that were not recorded, given the novel nature of the disease and the fact that many individuals remained asymptomatic.

Competing for attention
While the start of pollen season appears to signal the end of flu season, pollen counts do not seem to remain particularly high when ILI and COVID-19 cases are low. This is in contrast to mould spores, which seem to increase continuously in a first-order pattern, i.e., they increase as COVID-19 cases decrease. As moulds have higher atmospheric concentration and a longer season than pollens, they are more likely to play a role in the reduction of ILIs. This effect could be because bioaerosols stimulate the immune system in a way that makes it more resilient to viral infection. However, Professor Retzinger focused on a more direct effect: that they are directly competing with viruses through a shared receptor in the immune system.

The results of this study suggest a complex interplay between respiratory viruses and bioaerosols that is dependent on seasonality.

COVID-19 and ILI are caused by viruses that bind to receptors on cells in the body, enabling them to enter the cell, replicate and spread. A number of the pollens and mould spores studied by the researchers were found to be echinulated, i.e., they have protuberances similar to those that enable flu and SARS-CoV-2 viruses to bind to cell receptors.

Previous studies in this area had focused on angiotensin-converting enzyme 2 (ACE-2) and its role in COVID-19, but Retzinger considered Toll-like receptor 4 (TLR4) to be a better subject. TLR4 is a pattern recognition receptor that activates cells in the immune system. It is best known for recognising a lipidated polysaccharide called lipopolysaccharide, a component of gram-negative bacteria. It also plays a role in the inflammatory response triggered by sharply seasonal respiratory viruses, and in our defence against multiple species of fungi. Cells in the lungs (the main organ affected by ILIs and COVID-19) have a large number of TLR4 molecules on their surface. Furthermore, TLR4 binds the SARS-CoV-2 spike protein with greater affinity than ACE-2.

Professor Retzinger proposes that, when levels of mould spores are high, TLR4 may be binding to these instead of other targets, meaning that respiratory viruses would be excluded – in effect the mould spores would be preventing the viruses from taking hold in our lungs. Understanding this process could have a significant influence on our approaches to treating COVID-19 and other seasonal respiratory viruses.

Conclusions and next steps
The data from Chicago confirm results from The Netherlands, showing that the incidence of ILIs falls as pollen count rises. Further, Professor Retzinger and colleagues have shown that mould spores have the strongest inverse relationship with ILIs, i.e., levels of mould spores are highest throughout the spring and summer months when ILIs are at their lowest.

Professor Retzinger concludes that there is an inverse relationship between the incidence of ILIs, including COVID-19, and seasonal levels of bioaerosols. He proposes that respiratory viruses and mould spores compete for a common receptor in the body, TLR4.

While an inverse relationship between pollen and ILIs would perhaps be expected given the time of year at which they occur, it is particularly interesting that a fall in mould spores is so strongly associated with higher levels of ILIs. It could be predicted that there would be more overlap between mould spores and ILIs, due to the seasonal closeness.

The results of this study suggest a complex interplay between respiratory viruses and bioaerosols that is dependent on seasonality. Understanding more about this relationship will be critical for suggested treatments for COVID-19 and ILI.

What are your next steps to further understand the pathogenesis of COVID-19?

Given this new understanding, I am most interested in exploring the therapeutic efficacy of molecules that modulate or interfere with the activity and/or binding capacity of TLR4. Further, I feel quite strongly that the best application of such molecules will involve their nebulisation, that is to say they should be inhaled. Inasmuch as the binding of viruses to TLR4 occurs at the environment-facing side of the pulmonary tree, it stands to reason that maximal disruption of that binding might also occur there. 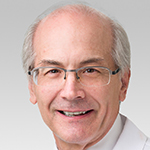 Following medical school, Gregory Retzinger completed a residency and a fellowship at the University of North Carolina at Chapel Hill, where he received a prestigious Lucille P Markey Biomedical Scholar Award. In 2011 he joined the Northwestern University Feinberg School of Medicine as Associate Chairman and Director of Clinical Pathology.

The influence of bioaerosols, including mould spores and pollens, on coronavirus infection.