Thanks to the deep complexities of quantum mechanics, physicists have so far faced serious difficulties in establishing control over quantum systems. In his research, Dr Arjendu Pattanayak at Carleton College in Minnesota demonstrates that the dynamics of vibrating quantum systems can be altered by adjusting the settings of the lasers used to measure them. His team’s results could lead to a breakthrough in the capabilities of quantum experiments, but may also have profound implications for our understanding of the flow of time.

Perhaps one of the most well-known properties of quantum systems is that they can exist in multiple different states at the same time – but only up until the moment they are ‘observed’. When their properties are measured, these clouds of possible states ‘collapse’ into just one, which we perceive as the sole outcome of the observation. Because of this unavoidable property, physicists over the past several decades have often viewed quantum systems as being too complex and unpredictable to establish any reasonable degree of control over. With recent research, however, this picture has been changing quickly.

“Quantum systems evolve as states that are in a ‘superposition’ over many potential results of measurements,” Dr Pattanayak explains. “Interacting with the system can alter the dynamics considerably, but nowadays, we are learning how to exploit this measurement `back action’ in unusual and potentially valuable ways.” Essentially, these efforts are considering the influence of such measurements on ‘quantum nonlinear oscillators’ – systems which vibrate in ways which don’t intuitively reflect the forces acting upon them, and gradually dissipate energy into their surroundings over time.

In his work, Dr Pattanayak explores how the very devices used to measure these systems can be set to alter the ways in which energy flows through them, varying their dynamics in turn.

Until recently, quantum measurements were associated with a ‘projective collapse’ of the range of potential values to one specific sharp result.

Reduced, but not single states
Before they are observed in real experiments, many physical ideas are initially explored through mathematical theories. As Dr Pattanayak describes, physicists have now begun to consider how experimental observations made with present-day technology may reduce the number of states a system could possibly be in, but not down to a single one. 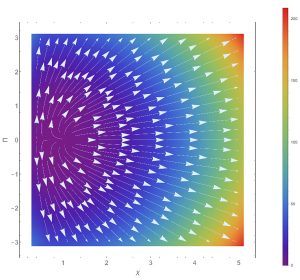 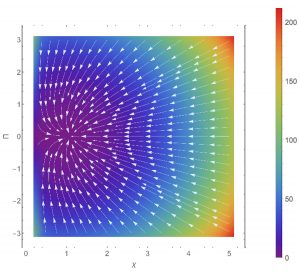 Diagrams showing how a control protocol can change the dissipative force on the spread variables to be `outward’ (left figure) instead of `inward’ (right figure), thus considerably altering the amount of absorbed energy, and consequently the dynamics of the full quantum system.

Inevitably, the theories required to describe how a cloud of quantum states will transform into a smaller one is far more complex than those which consider a single state as the outcome when measured. For Dr Pattanayak, this means that our current approaches to explaining the behaviours of nonlinear oscillators should be updated, to account for the characteristics of the measurement apparatus itself. To tackle this challenge, Dr Pattanayak and his collaborators, who include physicists at two different institutions in Australia, have taken a new approach to describing weak measurements of quantum systems.

Reformulating a theory
In their latest research, these physicists have presented a reformulation of previous techniques for weak measurement, by considering a particular setting on the lasers used to observe quantum systems. Named the ‘phase angle’, this setting describes a difference between the laser light emerging from a system, and a beam which has yet to pass through. For two beams with the same wavelength, the phase angle describes the distance between the points of highest and lowest amplitude between them. By adjusting the laser, this value can be changed manually.

Subsequently, the nonlinear oscillator’s dynamics can be described through a combination of two different values: The first of these, named ‘expectation’ values, describe the average of all possible outcomes of a measurement of the oscillating system; or, the position in which an element of the system will be most likely to be found in at a given time. Secondly, the ranges in positions over which these elements could possibly vary around their expectation values are named their ‘spread’ variables.

“Recently, we have found an elegant reformulation of the theory focusing on the effects of changing the phase angle setting on a laser,” Dr Pattanayak explains. “Our formulation separates the quantum oscillator dynamics into those for the expectation value variables, and those associated with spread variables.”

With a thorough description of how the laser affects these dynamics, other effects relating to measurements, along with the conditions of the surrounding environment can be considered to be general fluctuations, which don’t have an otherwise meaningful effect on the system’s dynamics.

We have found an elegant reformulation of the theory focusing on the effects of changing the phase angle setting on a laser.

Understanding energy flows
Through this more sophisticated theory, Dr Pattanayak and his colleagues have now made new discoveries about the ways in which quantum nonlinear oscillators are affected by the energy passing through them. At particular laser phase angles, they show that spread variables will absorb far more energy than they do at other settings; significantly altering the dynamics of the system. “Our reformulation has allowed us to understand how experimental protocols alters how energy flows through the system. That is, energy dissipation to the environment, effectively forcing the spread variables ‘inward’ can be changed to get the spread variables to go ‘outwards’ to higher energy. For example, the system could alter from chaotic to regular behaviour and vice versa as a function of the phase angle, depending on other system parameters.” This outcome is hugely significant, as it suggests for the first time that experimentalists could seize some degree of control over the dynamics of chaotic quantum systems as they observe them through weak measurement, simply by adjusting the phase angle. In addition, it implies that even if a quantum system is made considerably larger – meaning it can be better described using classical physics in normal circumstances – the energy absorbed by spread variables will mean they can be made to retain their quantum properties.

Ultimately, the quantitative descriptions provided by the team’s theory already appear to be valid for systems which are governed by a combination of classical and quantum effects – though further work will be required before it can become applicable to purely quantum systems. On a qualitative level, however, their description goes far deeper.

Wider implications for quantum mechanics
Ultimately, the team’s reformulated theory appears to be linked to one of the most mysterious consequences of quantum mechanics: nonlocality. Also termed ‘action at a distance’, this principle is in direct conflict with the currently undisputed theory of general relativity, first laid out by Einstein over a century ago. Where relativity demands that every event which occurs in the universe must have been caused by an event in its past, limited by the finite speed of light, the researchers’ theory joins the list of phenomena which appear to break this rule.

As Dr Pattanayak concludes, “our results imply that quite apart from the remarkable effect of changing the behaviour of a system, by interacting with a signal coming from the system – that is, seemingly affecting behaviour backwards in time – there could be genuinely useful consequences of enhancing the energy in the spread variables.” Through their future research, the physicists will continue to explore the experimental implications of their results, and the profound questions raised by systems whose dynamics are changed by future laser beams, which haven’t hit them yet. 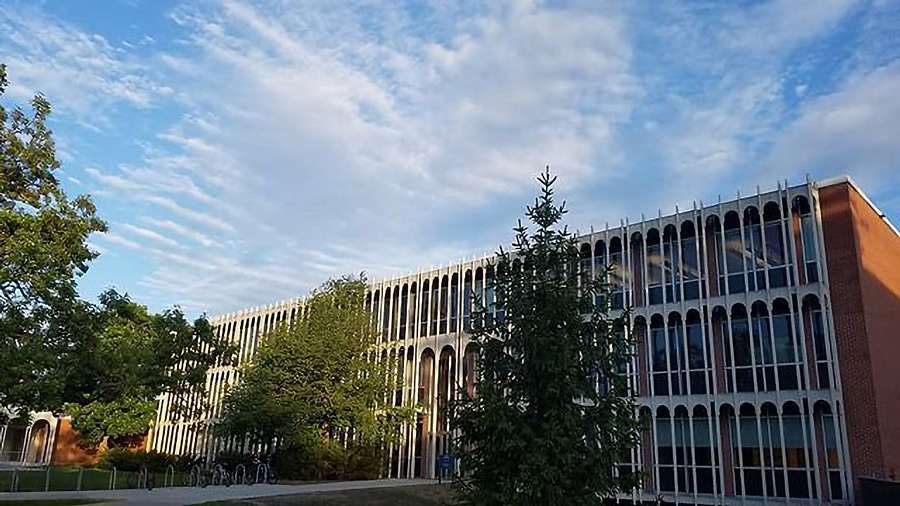 In particular, Dr Pattanayak and his colleagues hope to explore the effects of adjusting phase angles when measuring Bose-Einstein condensates – exotic states of matter created when gases of bosons are cooled to just above absolute zero. Since a large fraction of these bosons can occupy the same quantum state, their quantum behaviours can be observed on macroscopic scales, allowing for a wide range of exciting experimental opportunities. For now, the team’s findings promise to significantly improve the experimental opportunities for weak measurements of quantum nonlinear oscillators. For the first time, their theory suggests that researchers could gain some degree of control over the chaotic systems and their unusual behaviour.

To what extent do you think your research could impact the wider field of quantum mechanics?

I hope the results help people access unusual quantum behaviour through unexpected techniques and to find that hitherto ‘problematic’ things like the environment and the impact of measurement can actually be quite valuable.

I also hope that we learn something about measurement entropy and its impact on energy dynamics. 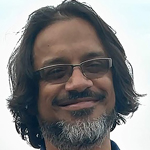 Arjendu Pattanayak obtained his BSc from St Stephen’s College, Delhi University, his ScM from Brown University, and PhD at the University of Texas (Austin) in 1994. Following a 3-year Post-Doctoral Fellowship at the University of Toronto he was a visiting faculty member at Rice University. He then joined Carleton College, Minnesota in 2001 where he became Professor in the department of Physics and Astronomy in 2011.