Physical Sciences
Dr Petri Turhanen was working on a synthesis of a modified version of the biological molecule adenosine triphosphate (ATP), when he discovered that the cation exchange resin he was using was unintentionally producing another molecule. Closer investigation revealed that the molecule had been iodinated, meaning an iodine atom had been added. This specific reaction is challenging to perform using current synthesis techniques, which often rely on toxic and hazardous chemicals and rough reaction conditions.

As an environmental crisis looms, reducing our impact on the planet becomes more pertinent than ever. You may find reassurance in making conscientious lifestyle choices, but for many there’s a problem which is hard to ignore: what about the less visible use of resources? What about the waste and the transportation that occur at the industrial level – those processes which provide us with medicines, cosmetics and other products?

Managing the environmental impact of these processes often falls under the remit of ‘green chemistry’, the concept of designing chemical processes with minimal impact on the environment. The demand for technological solutions is increasing, and the hope is that we humans can reduce our dependence on harmful and non-renewable resources, and limit hazardous by-products of industry, while maintaining or improving on our current quality of life.

But creating these bonds isn’t always simple. Molecules containing carbon-iodine (C-I) bonds are often used as intermediate molecules, like a scaffolding which makes synthesising bigger organic molecules possible. This is because not only are C-I bonds relatively easy to form, but iodine is also fairly easy to replace with another atom. 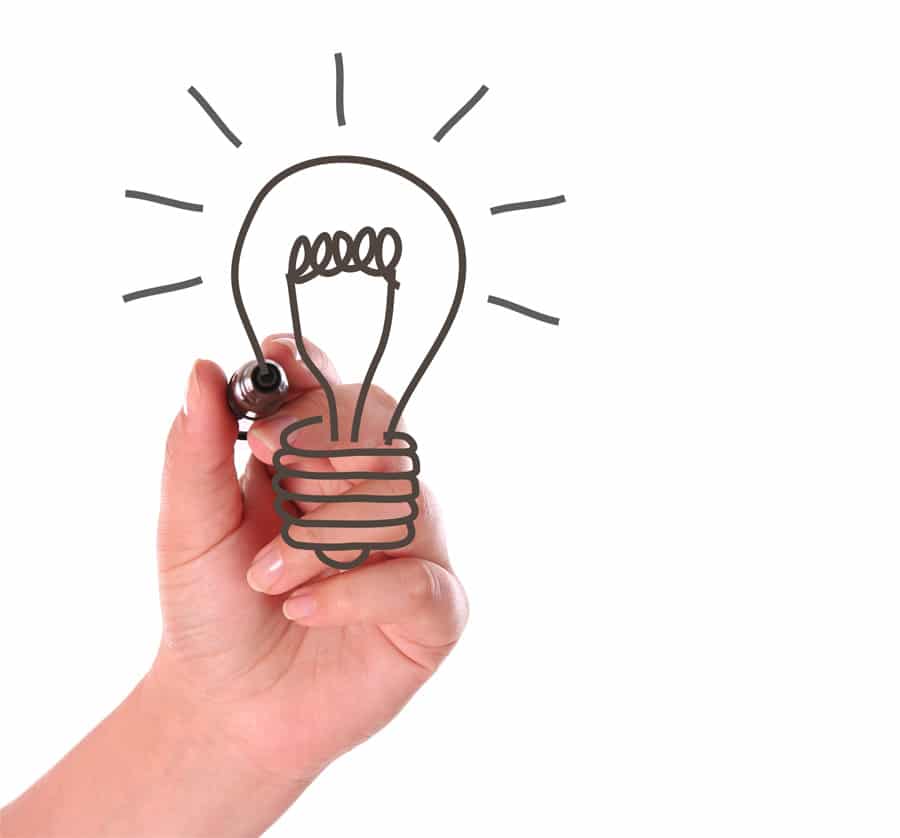 These ‘iodinated’ compounds can also be used for more than just simplifying synthesis. Iodine has important isomers, like 123I, 124I and 125I, which are radioactive. Radioactive iodinated organic molecules are used in health applications like positron emission tomography (PET scanning), cancer therapy and diagnostics. But the chemical reactions performed at an industrial level to create these important iodinated compounds often use toxic starting materials, harmful solvents and even heavy metals as catalysts.

Many of the compounds produced have only been reported a few times and a couple of them were previously completely unknown.

Methods of iodinating
The traditional methods for iodinating molecules may use I2 as a source of iodide, and for some reactions this works very well. However, for reactions which require a higher temperature, there is a problem. With very little heat, iodine can sublime, meaning it passes straight from the solid state to being a gas.

For some compounds, other methods are needed to successfully iodinate. But these methods could hardly be considered environmentally friendly: they involve hazardous reactants like hydrogen peroxide, trimethylsulfonium iodate and iodine monochloride, and solvents like dichloromethane, dioxane and tetrahydrofuran − compounds which are harmful, if not toxic, carcinogenic, environmentally damaging or explosive.

Unexpected discovery
This is where Dr Petri Turhanen, researcher at the University of Eastern Finland, made an unexpected discovery. While developing a synthesis route for a derivative of ATP, an important molecule in cells, his research group found that amongst their intended product was another product they weren’t expecting. Running NMR tests on this compound confirmed its identity. Where the starting material had a double bond between two carbon atoms, this molecule had a single bond, and an extra atom on both carbons – one hydrogen and one iodine. 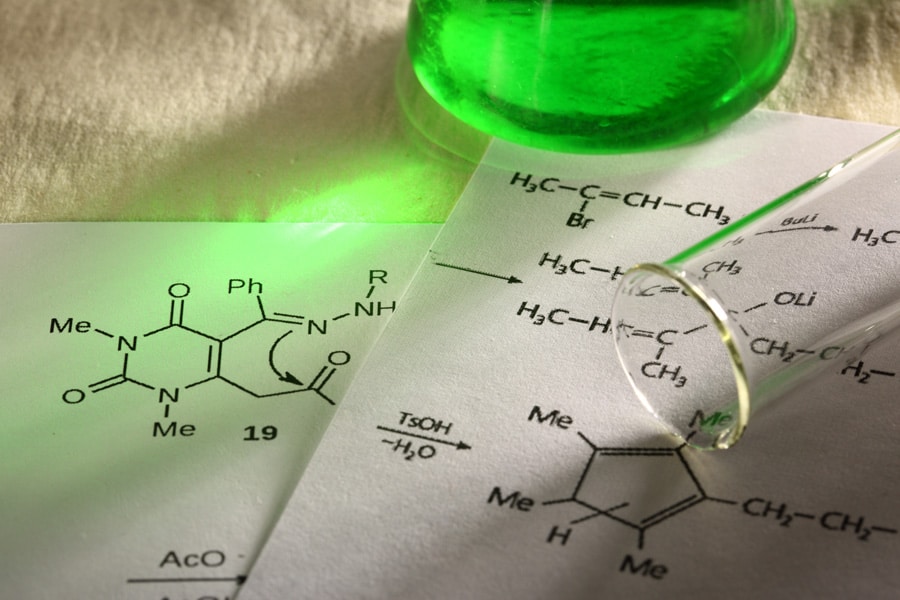 Part of the answer lies in the specific materials being used to complete this reaction. Dr Turhanen’s group were using a substance known to many as Dowex®, a solid resin made from the chemical polystyrene sulfonate. Dowex® is a cation exchange resin, meaning the resin ‘stores’ positive ions, which it can swap for other positive ions. An example of the use of this material is in water softening, where hard water is passed through the sodium form of Dowex®. The resin absorbs the calcium and magnesium ions, releasing sodium ions into the water. And because Dowex®’s uses are so specific, this is the first time it had been used to perform this kind of addition reaction.

Choosing the best iodide source
Since discovering this unconventional use of Dowex®, Turhanen and his team have been systematically investigating as many variations on this reaction as possible. They have tested the iodides of potassium, rubidium, nickel, ammonium, manganese and antimony, but the best yields are typically achieved using the readily available sodium iodide.

Initial testing
Initially, Turhanen and his team tested over 50 reaction types, finding many new methods to produce iodine-containing molecules which extend far beyond addition of hydrogen and iodine across a carbon-carbon double bond.

Using Turhanen’s method, the entire reaction can occur as a ‘one-pot’, with limited steps, lower waste
and limited reagents.

One of the first reactions which Turhanen discovered was the ring opening reaction of cyclic ethers (rings of carbon where one atom is an oxygen), which was previously impossible for some specific cyclic ether molecules. This reaction creates molecules known as iodoalkanols, which contain an alcohol (OH) group at one end and an iodine atom at the other. Iodoalkanols are valuable molecules in organic synthesis, but are commonly made using reagents, which can be environmentally damaging. Using a cation-exchange resin and sodium iodide, Turhanen’s method is much more environmentally friendly. Some cyclic ethers are particularly difficult to open, like 1,4-dioxane, opening of which has not been reported until now. Most of the reactions so far require toxic substances such as barium trifluoride. This is no longer necessary using the new method.

Di-iodides
More recently, Turhanen has reported the ability of Dowex® and sodium iodide to convert ethynes – molecules with a carbon-carbon triple bond – to di-iodides, adding an iodine atom to both ethyne carbon atoms. Testing of 12 readily available ethyne molecules showed that this process is versatile and provides yields of up to 78%. Many of the compounds produced have only been reported a few times before in the literature, and two of them were previously completely unknown.

Esterification
While playing with the parameters for these reactions, Turhanen and his research group stumbled upon another neat discovery: while using alcohols as a solvent with carboxylic acids, some more unexpectedly mild reaction conditions to create esters were found. Esters are compounds which make a taste, for example, apple. These reactions are by no means new in chemistry, but they are important areas of development in green chemistry because the methyl esters of fatty acids are the main component of biodiesel. Esterification typically occurs using temperatures of up to 100 °C over the course of several hours or even days. Using Dowex®, Turhanen has been able to esterify some free fatty acids at room temperature in just 15 minutes, with yields of 99%. Extending this to a more realistic scenario for creating biodiesel, Turhanen took samples of used cooking oil from local restaurants and converted them into biodiesel, with purity greater than 95%.

A similar reaction allows the group to create esters from alcohols and carboxylic acids in mild conditions. Natural amino acids can be esterified without amino group protection. Certain types of ethers can also be prepared by the method. One of the most exciting applications of this is selective etherification of one of the alcohol groups in glucose. The traditional method for performing this reaction is a multi-step process using bulky ‘protecting’ groups which only allow the desired part of the glucose molecule to react. Using Turhanen’s method, the entire reaction can occur as a ‘one-pot’, with limited steps, lower waste and limited reagents.

Green chemistry
The property of cation exchange resins used alongside sodium iodide to function as a reagent or catalyst in so many reactions makes this a valuable tool for organic synthesis, particularly because some of the reactions have never previously been possible.

One of the most exciting aspects of this discovery is the impact it will have on how some organic chemicals are synthesised. In an era where green chemistry is a necessary part of sustaining global welfare, this method can viably replace many of the more environmentally damaging reaction conditions. Where harmful reagents, solvents and catalysts have traditionally been used, organic chemists can now opt for the simple, green solvent 2-propanol; instead of multi-step complex reactions, some synthetic routes are now possible using a ‘one pot’ method; and where toxic heavy metal catalysts are currently used, a reusable resin can be just as effective even at lower temperatures.

Of the potential applications of these new reaction conditions, which do you find most exciting?

<>First, the most exciting application was the ease of synthesis of biodiesel from used cooking oil. Actually, according to my knowledge the method we found is the only one which also works for partially hydrolyzed cooking oil without forming soap as current industrial methods used to produce biodiesel do. Second, Dowex® is reusable in most cases such as esterifications and does not even need re-activation or regeneration, which makes the method ‘green’. Third, using the method opens novel reactions, like those we have shown, for example, opening for the first time the 1,4-dioxane to I(CH2)2O(CH2)2OH which is an important precursor of polyglycol synthesis. And there are more to come… 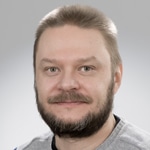 Research has been supported by the Jane and Aatos Erkko Foundation.

When control is lost: Studying the interactions of ATP and acetylcholine in the urinary bladder
Health & Medicine
Read This Article
Inquiry learning: Empowering African American women in STEM
Education & Training
Read This Article