Human papillomavirus (HPV) is the most common sexually transmitted infection globally. It can cause genital warts and several types of cancer, including cervical, anal, penile, and throat cancer. Although an effective and safe vaccine against HPV infection has been available since 2006, the vaccination rates in the US remain low. The fact that more than 80% of sexually active people will be infected at some point with what is nowadays considered a preventable disease has led Roanna Kessler and John Gentile, at Johns Hopkins University, Baltimore, USA, to accept the challenge of improving vaccination awareness and increasing vaccination rates among college students.

HPV infection is caused by the human papillomavirus. Many HPV infections cause no symptoms at all and 90% of them resolve spontaneously within two years. However, in some cases, an HPV infection can result in genital warts, precancerous lesions (abnormal changes in cells that can sometimes turn into cancer), and some types of cancer, including cervical, anal, penile, vulvar, vaginal, and oropharyngeal (throat) cancer. The most common type of cervical cancer, squamous cell cervical carcinoma, is entirely attributable to HPV infection. HPV subtypes linked to cancer are called high-risk subtypes. Two specific strains, HPV16 and HPV18, account for 70% of all cases. The HPV16 type specifically is responsible for almost 90% of HPV-caused oropharyngeal cancers.

Epidemiology of HPV infections
Nearly every sexually active individual is infected with HPV at some point in their lives since HPV is the most common sexually transmitted infection. In the US about 80 million people are infected. The most recently published United States Cancer Statistics data reported 25,405 new HPV-related cancers in females and 19,925 in males each year. Genital HPV prevalence among adults aged 18–59 years was 42.5% of the total population, while prevalence of oral HPV was 7.3% among adults aged 18–69 years, 11.5% in males, and 3.3% in females.

Most people infected with HPV never have any symptoms, something that makes disease control challenging.

Preventing is better than treating
Most people infected with HPV never have any symptoms, something that makes disease control challenging. HPV vaccines have been licensed in the US since 2006, and are proven to prevent the most common and highest-risk HPV strains. They provide lasting protection against genital warts and certain types of cancer. To be most effective, vaccines should be administered before the onset of sexual activity. The 9-valent HPV (9vHPV) vaccine is currently the only HPV vaccine available in the US. The HPV vaccine has been used widely and has demonstrated 96.7% efficacy. It is also a very safe vaccine, with the most common adverse effects being pain, swelling, and redness at the injection site.

Previous studies have already shown a significant impact of the HPV vaccine in the young adult population. Prior to the introduction of the vaccine in the US, the rate of HPV infection in females aged 14 to 19 years was 11.5%, compared to the post-vaccine rate which declined to 4.3%. Similarly, in females aged 20 to 24 years, the rate of HPV infection went from 18.5% to 12.1%. The infection rate in males post-vaccine introduction was reduced to 1.8% among those aged 14 to 19 years, and 4% in males 20 to 24 years. The current recommendation by the Advisory Committee on Immunization Practices (ACIP) is for HPV vaccination to be given at age 11 or 12 years, while catch-up vaccination is recommended for all people up to 26 years old. Informed clinical decision-making is advised for adults between 27 and 45, especially those with risk factors for HPV infection such as new partners or conditions that suppress the immune system.

Taking on the challenge
Despite the high transmissibility of HPV infections, their association with certain cancers and the fact that a safe and effective vaccine is available to prevent them, uptake of the vaccine in the US has been poor. In 2017 the percentage of adolescents that had the complete HPV vaccine series was 51.1%. The reasons behind these low rates are various and a number of measures to tackle them have been tried, including information campaigns, the elimination of financial barriers, and school-based vaccination programmes. These have only been temporarily successful and inadequate when used on their own. With these challenges in mind, Dr Roanna Kessler and John Gentile of Johns Hopkins University in Baltimore, USA, designed a study to put a number of methods to the test, with the aim of creating a strategic toolkit that could be used in universities and colleges around the world to increase HPV vaccination rates and prevent HPV-associated cancers.

The target population of this study was college students between the ages of 18–26 years who visited the Johns Hopkins University Student Health & Wellness Center (JHU SHWC). In a typical year, the health centre is visited by approximately 5,000 students and has a total of around 15,000 appointments. A multidisciplinary team of experts met to develop a HPV vaccination toolkit, and to discuss the barriers to HPV vaccination more generally. The final toolkit combined ideas for interventions that had previously been recorded as successful in the scientific literature, including educational materials, electronic medical record (EMR) prompts, and clinician education. If successful, these strategies could be shared with other college health centres to serve as a foundation for their local HPV vaccination campaigns.

The toolkit
Visual messaging was used to raise awareness of HPV vaccination and its availability at the JHU SHWC. Several types of visual messaging were placed throughout the Johns Hopkins University campuses, including brochures, posters, and yard signs. There were also eight videos without sound broadcast on monitors in various locations on campus. All visual messaging materials provided information on HPV disease and vaccination, and a call to action to contact the JHU SHWC for more information.

All JHU SHWC clinicians, including four medical doctors and six nurse practitioners specialising in Family Medicine and Paediatrics, received an hour-long CME (Continuing Medical Education) training on HPV infection which took the form of a live, in-person PowerPoint presentation. The topics covered included HPV prevalence, transmission, vaccination schedules, methods to increase vaccination rates, and answering frequently asked questions. The training was followed by a test that required a score of at least 70% for the clinicians to receive CME credit.

An EMR form was also created through PyraMED P5® (a college-health specific EMR platform) that prompted the students to answer some questions about the HPV vaccine. The students were asked to complete this form at the clinic regardless of their reason for visiting. The trained clinician would then review the responses with them and complete their part of the form, which included ordering the HPV vaccine when indicated.

The above toolkit was integrated into a website (www.hpv-cvc.org) and was subsequently shared with other university health centres via the American College Health Association (ACHA) listserv.

This project demonstrates that a well-organised campaign can increase the rate of HPV vaccinations on college campuses.

Using the toolkit
During the year, the overall vaccination rate per visit increased from 4.4% in the control period to 6.7%, while the increase was higher in male students with an almost three-fold change. During the study period, there were 888 HPV vaccines administered compared to 504 in the control period (around a 76% increase). About half of the students who completed the EMR form had noticed the marketing materials on campus, while of all the various materials used, yard signs around campus were the most noticed. The most common reason why providers did not give the HPV vaccine during a visit was that the patient had already completed the vaccine series, and only 137 (4%) of reports mentioned that patients declined the vaccine. It is worth noting that over half of students did not notice the campaign materials; however, many still agreed to get the HPV vaccine during their visit.

In order to find out whether the toolkit was used elsewhere, a survey was sent to 65 institutions that had registered on the HPV website. There were 15 respondents with 13 of them confirming that they had implemented an effort to improve HPV vaccination rates in their student population. Four out of eight (50%) of the institutions reported increased rates of HPV vaccinations as a result of using strategies from the toolkit.

This project demonstrates that a well-organised campaign, with extensive multilevel awareness efforts and clinical interventions, can actually increase the rate of HPV vaccinations on college campuses. There is also hope that improving HPV vaccine acceptance among college students will potentially have a downstream effect on vaccination rates for future generations. The team’s plan is to continue the research with a greater focus on the cancer-prevention message, as well as the male student population and potential gender-specific barriers to HPV vaccination. Their priority would be to help educate both patients and clinicians and to use the newly available strategic toolkit to eventually increase immunisation rates for this preventable disease not only locally, but also on campuses around the country and the world.

What are the gender-specific barriers to HPV vaccination for male patients and how does your team plan to overcome these in the next phase of your project?

Because the vaccine was initially approved and marketed for female patients there was a perception (both from patients and providers) that the HPV vaccine was unnecessary for men. Providers need to overcome their own bias in offering the vaccine to male patients, and convince male patients of the relevance to them, particularly for preventing the increasing numbers of head and neck cancers. We plan to do this through consistent educational efforts, focusing on the cancer prevention message.

Can we do more to get college students vaccinated against HPV? was last modified: January 26th, 2023 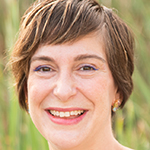 Dr Roanna Kessler is the Chief Medical Director for Student Health & Well-Being at Johns Hopkins University. She is a board-certified Paediatrician who completed medical school and residency at the Mount Sinai School of Medicine in New York. 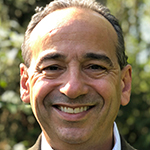 This study was funded by an unrestricted educational grant from Merck Sharp & Dohme Corporation.

Kessler R. (2022). Can we do more to get college students vaccinated against HPV? Research Outreach, 129. Available at: https://researchoutreach.org/articles/can-we-do-more-to-get-college-students-vaccinated-against-hpv/ (Accessed YYYY/MM/DD)

One thought on “Can we do more to get college students vaccinated against HPV?”