Earth & Environment
As soils age, geochemical weathering becomes less important for supplying silicon to the biosphere while terrestrial vegetation plays a greater role. Félix de Tombeur and Jean-Thomas Cornelis of the University of Liege (Belgium) visited the University of Western Australia to study two rare dune soil chronosequences spanning 2 million years. The impoverished soils of these dunes support biodiverse ecosystems. Their findings show a nonlinear response of plant-available silicon to long-term soil formation, and that the retention of silicon by plants in old and silicon-depleted soils sustains its terrestrial cycling.

After oxygen, silicon is the second-most abundant element on Earth’s crust. The global silica cycle is closely linked with the carbon cycle (also known as the carbonate–silicate cycle). As part of the carbon cycle, the weathering processes transform silicate rocks into bicarbonate ions that precipitates into carbonates, that sediment into oceans. On geological time scales, chemical weathering of silicates consumes atmospheric carbon dioxide, in turn regulating the Earth’s climate. The silicon released from rocks by chemical weathering is also taken up by land plants, as well aquatic organisms after leaching out from soil into hydrosphere, thus impacting global photosynthesis.

Now, research is revealing that silicon cycling shifts from a geochemical process to biological control over time, and that plants seem to be the regulating factor. On biological time scales, silicon-requiring diatoms (microalgae) in the oceans take up large amounts of carbon dioxide through photosynthesis. Effectively, the silicon leached from the land into the oceans controls the photosynthetically driven carbon dioxide uptake by these aquatic organisms. Silicon is also a beneficial element for land plants. During weathering of silicon-containing rocks, it is converted as dissolved silicon in soil solution, and available for plant uptake.

Soil processes cause the release of silicon into soil solution as monosilicic acid (Si(OH)4). Plants can then take up monosilicic acid to produce phytoliths, the varied forms made of silica that are found in their leaves, stems and roots. These microscopic structures help to support the structural integrity of a plant. They also strengthen plants against stressors such as salty soils, metal toxicity and extreme temperatures and they protect plants from being eaten by herbivores (called herbivory) and from attacks by pathogens. Silica returns to the soil when plants die and decompose and this is where the biological aspect of silicon cycling comes in.

Silicon cycling shifts from a geochemical process to biological control over time, and plants seem to be the regulating factor.

Geochemical versus biological mechanisms of silicon cycling
As soils age, chemical weathering apparently becomes less important for supplying silicon to the biosphere, while land plants have greater role. Plant phytoliths are much more soluble than mineral silicates, such that silicon release from plant decomposition is estimated to occur at higher rates compared to crystalline silicate mineral weathering. However, the relative importance of geochemical versus biological mechanisms in the regulation of the terrestrial silicon cycle as a function of soil age has not been well studied. Neither is the dynamics of silicon in soil–plant systems during ecosystem development fully understood.

In two recent papers, de Tombeur and colleagues describe changes in the silicon cycle and its role in ecosystem development over long time periods. Using two unique soil chronosequences, they have been able to demonstrate the significance of soil age in regulating silicon cycling. Since soil silicon is derived ultimately from the parent rocks, plant-available silicon concentrations are expected to decrease with soil age through desilication (silicon loss). This should increase the role of biological processes of silicon cycling as soils age and ecosystems develop.

Soil formation is influenced by the mineral material from which it forms (called parent material), as well as by climate, topography, biotic factors and time. Soil chronosequences are obtained from sites that have developed over different periods of time with relatively small differences in other soil-forming factors. They can be used to study time as a factor in pedogenesis – the process of soil formation as affected by place, environment and history. Since Western Australia escaped the Pleistocene glaciations, it makes an ideal setting (effectively an outdoor laboratory) in which to observe soil silicon changes over time.

Soil chronosequences shed light on the process of soil formation
The researchers studied two soil chronosequences from coastal dunes in the southwestern part of Australia that span over 2 million years – the full range of soil ages worldwide. These chronosequences include the oldest (most weathered and nutrient-depleted) soils in the world and the youngest of soils. The chronosequences also represent three soil domains known to occur during long-term pedogenesis: carbonate leaching, formation of secondary minerals, and the subsequent loss of these minerals through dissolution and leaching. They are ideal for studying terrestrial biogeochemistry.

The research examined soil physiochemical properties and looked at how silicon pools varied across the span of soil ages. Specific extractions of the different silicon forms in the soils were carried out: the pool of plant-available silicon was determined by extraction with CaCl2; the pool of adsorbed silicon was determined by extraction in acetic acid; and silicon associated with poorly crystalline constituents and/or adsorbed onto sesquioxides was extracted using ammonium oxalate–oxalic acid. Finally, Na2CO3 extraction was used to estimate the pool of silicon that included soil phytoliths.

In summary, they were able to demonstrate that: the concentrations of plant-available silicon were found to be lowest in carbonate-rich, young Holocene soils; they were increased in intermediate soils (Middle Pleistocene); and they decreased in the oldest, quartz-rich soils (Early Pleistocene, 2 million years ago). Soil phytoliths controlled plant-available silicon via their dissolution in the oldest soils.

These results revealed a shift in the source of silicon over time. Silicon availability was determined by geochemical processes (mineral dissolution) in the young and intermediate-aged soils which had more silicon as rock broke down, releasing its silicon content. As the soils aged, they contained less silicon, as a result of rainwater carrying it away. In the oldest silicon-depleted soils, silicon availability was determined not by geochemical processes but rather by biological processes involving the recycling of plant-derived silicon, the phytoliths.

In the young soils, the researchers point out that silicon availability was low because carbonate weathering consumes protons and reduces weathering of silicate minerals; and also because silicon adsorption by secondary minerals is high in these alkaline soils. In the middle-aged soils, silicon availability increased with the loss of carbonates and the formation of kaolinite (a clay mineral with the chemical composition Al2Si2O5(OH)4). As mentioned earlier, in the oldest quartz-rich soils, it was the recycling of plant phytoliths that controlled silicon availability.

The role of silicon in terrestrial ecosystems
In terrestrial ecosystems, the non-linear response of plant-available silicon to long-term soil development or pedogenesis – its increase during carbonate loss, then decrease during quartz-enrichment – may have important implications for the silicon-related functioning of plants. It is likely to be reflected in plant performance and distribution because silicon reduces biotic and abiotic stresses and could also affect the dominance of legume or monocotyledonous plants in grass- and shrub-land ecosystems.

Changes in plant species composition across the sequence were also associated with increased plant silicon – but decreases in other important nutrients, such as calcium, magnesium, potassium and phosphorus – in plant leaves. Dicotyledonous woody species of the Proteaceae and Dilleniaceae contributed the greatest increase in foliar silicon on the oldest soils.

These findings point to a selective advantage for plants that accumulate silicon on nutrient-depleted soils. This accumulation could be because these adapted species produce longer-lived leaves and silicon accumulates with leaf age, but it may also reflect silicon-based plant functions. Silica deposition in the tissues of plants growing on the older, impoverished soils could have adaptive value in terms of plant anti-herbivore defence by minimising tissue loss and therefore increasing the persistence of nutrients in plants and the efficiency of nutrient use. 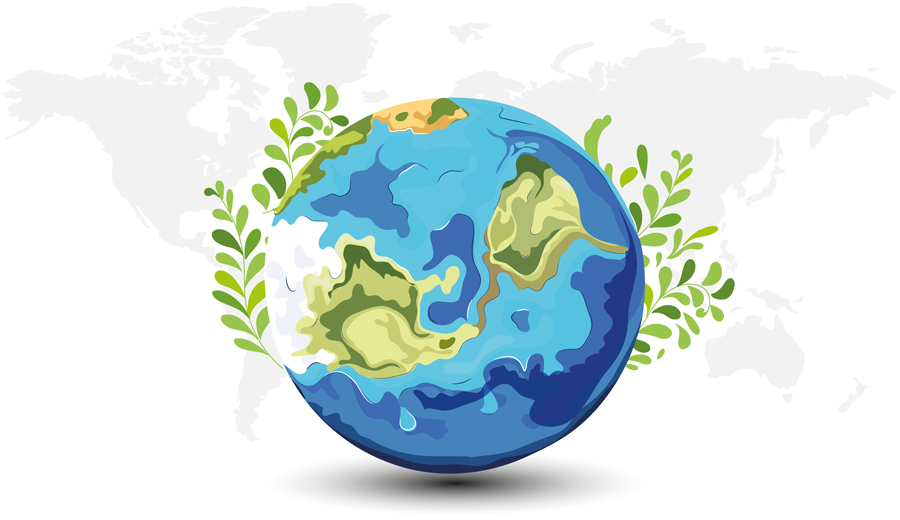 If plants have a role in regulating silicon availability, then human activities such as deforestation and agricultural expansion are likely to affect this important element. Would you like comment on this?

<> Indeed, it is true that human activities affect the terrestrial silicon cycling, with cascading effects on the global carbon cycle. Research has already shown that fire, agriculture and shifts in land-use have a tremendous impact on silicon dynamics. Since climate is rapidly changing, evaluating its impact on silicon cycling is urgently needed. Better identification of how climate affects terrestrial silicon cycle is central to our understanding of plant silicon-related functions, silicon fluxes to aquatic ecosystems, and ultimately the fixation of atmospheric carbon in terrestrial and oceanic ecosystems.

Félix de Tombeur is a Teaching Assistant and PhD student at the University of Liege (Belgium). He combines expertise in soil science and plant ecology and the use of soil chronosequences to better understand the dynamics of silicon during long-term ecosystem development

Jean-Thomas Cornelis is an Assistant Professor of Soil Science at the University of Liege (Gembloux Agro-Bio Tech, Belgium) and earned his PhD at UCLouvain in Belgium in 2010. He will be joining the Faculty of Land and Food Systems at the University of British Columbia (Canada) in 2021. His research focuses on the study of soil processes that control the biogeochemical cycles of nutrients and how soil-plant feedback interactions respond to changes in the environmental drivers.