Health & Medicine
Siamese cats and humans share the same pathology when it comes to neurodegenerative disorders, such as Alzheimer’s disease. Dr Ingrid Niesman, based at San Diego State University, USA, believes it’s all down to a mutation in a protein called tyrosinase. The researcher wants to understand the impact of this malfunctioning protein, as well as use these cats as a basis for a new animal model to study the progression of Alzheimer’s disease in humans.

We often think of dogs as our best friends, but it may be that we have more in common with cats than dogs, especially as we get old. One of the most extraordinary similarities is the recently recognised condition in cats known as feline cognitive dysfunction syndrome, which shares many traits with Alzheimer’s disease.

This condition also occurs in dogs, but the pathology of the disease is different from the human version. In contrast, cats seem to be the only species other than humans to have protein clumps blocking brain function in this neurodegenerative disease. Dr Ingrid Niesman, based at San Diego State University, USA, is keen to understand the mechanisms behind this brain malfunction and how similar it is between humans and cats. 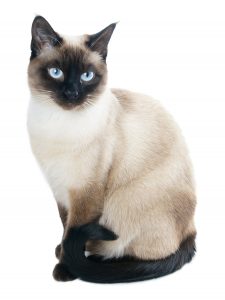 Siamese cats and their unique colouration
With darker sections in the ears, nose, tail and paws, Siamese cats are easily recognised for their unique appearance. Curiously, this breed may be one of the oldest breeds of domesticated cats, but it wasn’t until recently that a scientific explanation for this coat pattern began to emerge.

It turns out that it’s all to do with temperature: darker fur is located in the cooler parts of the body (essentially extremities), while warmer parts remain a lighter colour. In 2005, a group of researchers from the University of California found that Siamese cats have a mutation in a protein called tyrosinase. This mutated protein is involved in producing the pigment melanin at temperatures below 36°C, but cannot work above 39°C. This difference explains why the cat’s warm parts of the body have hair with no melanin – white/cream hair – whereas, in cooler areas, this enzyme is active and can produce melanin, turning the hair a dark colour. Incredibly, this mutation only affects one amino acid in the protein but has a dramatic effect on its function.

More research is needed, but it all seems to point to the fact that mutant Siamese tyrosinase is toxic for brain cells.

It’s not all about the fur
Fur and brain seem incredibly disconnected, but in this case, are very much linked by the protein tyrosinase. Delving a little deeper, this is not surprising as the cells that generate the skin and some brain cells originate from the same group in the embryo. This means that if tyrosinase doesn’t work in warm areas of Siamese skin, then the protein also won’t function in brain cells.

This lack of function may look cute as different colours for Siamese cats, but it becomes more worrying in the brain, where tyrosinase is involved in producing dopamine. When it malfunctions, this protein forms clumps in the brain and causes symptoms that are very similar to Alzheimer’s in humans. In cats, this condition is characterised by altered sleeping and eating patterns, disorientation, loss of house training, and excessive nighttime vocalisations. Diagnosis is challenging, and it’s not until the final stages of the disease that the condition can be confirmed.

Dr Niesman knows that there has been very little research on this subject but is keen to raise awareness about this condition. “The disease was recognised a few decades ago, and animal behaviourists are designing interventions for pet owners”, says the researcher. “Yet, the outcome for either dogs or cats is the same – eventual euthanasia.”

The problem is that clinical diagnosis requires an MRI, which is an expensive test many cat owners will not consider for their ageing cats. However, Dr Niesman and her team believe they have a novel approach which may lead to a screening tool to detect the condition early. This way, veterinarians may have time to implement special dietary supplements or create environmental enrichment protocols to improve their patient’s quality of life.

Their working hypothesis is that repeated stress events lead to neurodegenerative conditions in Siamese cats, in a mechanism that may be related to the mutant tyrosinase present in brain cells. It is well-known that under stress, animals need to generate more dopamine. The first step in this process involves a boost in the production of tyrosinase, which over time can become quite problematic if it is the faulty version of this protein. Dr Niesman believes this is “the first attempt to look at this using a cell biology approach in cultured mammalian cells”.

Is it toxic for cells?
Before attempting to explain any mechanisms, the first step is to determine if the mutant form of tyrosinase is toxic for cells. Dr Niesman used a combination of molecular biology and microscopy to figure out if Siamese tyrosinase is potentially harmful when expressed in cells that normally wouldn’t produce this protein.

Using human cells (not brain cells), the team injected fluorescent forms of normal and mutant tyrosinase and found that mutant tyrosinase was degraded faster than its normal counterpart. When this degradation was blocked – which happens in brain cells at normal body temperature (40°C in cats) – the team found large clumps of protein accumulating in sensitive areas in the cells producing Siamese tyrosinase.

These clumps clog normal cell function and can lead to cell death. More research is needed, but it all seems to point to the fact that mutant Siamese tyrosinase is toxic for brain cells. “We need longitudinal survey groups to track Siamese-breed cats over domestic short hair controls”, says the researcher. “We need solid cat behavioural markers and people willing to work with cats. Most of all, we need funding.”

Dr Niesman believes that such a model, which has gone virtually unstudied for this purpose, might be Siamese cats.

The same in humans
In humans, Alzheimer’s disease can be diagnosed relatively early in its development. These patients often describe changes in smell and taste, or frequent memory lapses, such as forgetting words or the location of everyday objects. As the condition progresses, damage to nerve cells also makes it difficult for the person to perform routine tasks, and some patients may show a tendency to wander and get lost. As memory and cognitive skills continue to deteriorate, individuals lose the ability to respond to their environment, or even to carry a conversation.

Curiously, humans also have a mutation in tyrosinase that functions in a similar way to Siamese cats. In this case, the mutant protein malfunctions at normal body temperature and it can become toxic for brain cells. For Dr Niesman, these feline friends have the potential to develop into an innovative model to test new ways to counteract toxicity caused by this faulty protein, which is involved in many neurological conditions.

Looking for a new model
With this mind, Dr Niesman and her team aim to develop a new model of neurodegenerative conditions based on the mutant tyrosinase. While genetically modified mouse models have provided a great deal of information about Alzheimer’s diseases, Dr Niesman believes the scientific community would benefit greatly from having a naturally occurring animal model to study the pathological features of neurological conditions in humans. This model would be ideal for identifying some of the earliest neurological, behavioural and biochemical changes that occur during the development of neurodegenerative diseases.

Ideally, this model would involve an animal with a lifespan long enough to develop clear signs of Alzheimer’s disease. This would allow researchers to study the mechanisms that trigger the development of this disease as well as understand early cognitive issues and symptoms. “We believe that such a model, which has gone virtually unstudied for this purpose, might be Siamese cats”, said Dr Niesman.

Until recently, the use of cats as a potential model for human neurodegenerative diseases was considered farfetched. This is somewhat surprising because cats can show human-like neuropathological changes, suggesting some therapies may work both humans and cats. What’s more, Dr Niesman believes cats don’t have to be simply models for human conditions, but they can unlock the development of new therapies that can benefit both animals and people.

What is the next step to create an animal model to study neurodegenerative disorders?

<> iPSC – induced pluripotent stem cells – are the gold standard for developing models of neurodegenerative diseases. Somehow human iPSCs are easy to develop, but feline cells are not. A major goal for me is to tap into the SoCal stem cell community for expertise in developing pluripotent lines for gene editing and differentiation into feline neurons. Disease-in-a-dish models are an excellent starting point to screen for potential therapies.

Another critical goal is initiation of a longitudinal survey of aging Siamese and non-pedigreed cats to assess early signs of dementia. We need to understand if behaviour and pathology ultimately correlate.

Mutant protein in Siamese cats may be involved in neurodegenerative disorders was last modified: February 10th, 2021 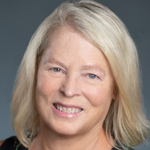 Ingrid Niesman, MS, PhD is the Director of the SDSU EM Facility. She teaches TEM and SEM courses. Her cat-focused writing can be found on the website The Conscious Cat and in other national magazines. She is a 2019 MUSE award winner for her series on feline infectious peritonitis.

Niesman, I. (2020). Mutant protein in Siamese cats may be involved in neurodegenerative disorders. Research Outreach, 120. Available at: https://researchoutreach.org/articles/mutant-protein-siamese-cats-may-involved-neurodegenerative-disorders/ (Accessed YYYY/MM/DD)