Arts & Humanities
The study of 21st century migrants and refugees is leading academics to challenge historic assumptions about citizenship and nationalism. The increasing number of people taking perilous journeys across land and sea in search of better lives attracts global media coverage. Seen as “illegals” and rejected by some, they are helped by others, for example on transit routes in Europe and “sanctuary cities” in North America. The concept of solidarity which brings activists together with those who seek help is the focus of research by Professor Harald Bauder of Ryerson University in Canada.

The plight of migrants and refugees, and the bonds between those who help them and the places they come to and from, is the focus of an increasing amount of academic research. Professor Harald Bauder from Ryerson University in Canada is a leader in the field. Director of the university’s Graduate Program in Immigration and Settlement Studies and founder of the Ryerson Centre of Migration and Settlement, his latest research looks at the concept of solidarity that links activists with the people who seek help.

Bauder argues that the concept has a long history in the social sciences and humanities. However, although the term is used frequently, there is no consistent approach to its meaning. He believes that more nuanced definitions are needed if we are to understand why some citizens and organisations are going to great lengths to help the very migrants and refugees whom their national governments regard as “criminals” and “illegal immigrants”.

Bauder’s most recent research1 studied a broad range of migration and refugee literature to analyse how scholars use the term “solidarity”. He and graduate student Lorelle Juffs found that more than 10,000 academic articles including the concept are written every year. When the term “migrants” or “refugees” is added to the search, the number is still around 2,000 articles annually.

Bauder and Juffs argue that the different ways in which the solidarity concept is used stem from the different philosophical traditions that underpin their authors’ understanding. To test this theory, they developed a typology to review a sample of 100 academic articles written in English and published between October 2014 and October 2017 – a period of “rising scholarly interest in migratory arrivals in Europe”.

The concept of solidarity is helping us to better understand why individuals and organisations from around the world are coming together in response to the plight of migrants and refugees.

Acknowledging that the traditions are equally important and not mutually exclusive, Bauder and Juffs distinguish between traditions which adopt a viewpoint which either follows or rejects the thinking of the Enlightenment (the 17th and 18th century philosophical movement which emphasised reason and individualism rather than tradition). Academics who follow “Enlightenment thinking” associate solidarity with concepts such as free-will, self-responsibility and autonomous decision-making, as propounded by philosophers such as Hobbes, Hume, Kant and Hegel.

However, other scholars either see solidarity according to a “non-Enlightenment tradition” which is either derived from ideas about loyalty to a social group based on origin and belonging, or takes the view that solidarity derives from people having Indigenous world views “grounded in common historical, social and/or political experiences or memories”. Bauder and Juffs found no single use of the concept of solidarity in the articles sampled, but rather a degree of overlap and an inconsistent approach to the term’s use.

The research also discovered that concepts which can be traced to Enlightenment philosophies were found more often than non-Enlightenment traditions, and that more than half the articles reviewed interpreted “solidarity” in ways that could be traced to the work of Kant or Hegel. For example, articles based on Kant’s rationalisation took the view that solidarity is “an expression of a ‘community of us all’, governed by universal rational and moral principles”, while those which followed a Hegelian perspective saw individuals as being “socially embedded” and connected to others “as an expression of reciprocity”.

As a result of their analysis of the literature, Bauder and Juffs urge writers and academics to use the concept of solidarity more carefully and consistently, paying “close and explicit attention to the particular social and political practices and the philosophical and conceptual underpinnings they associate with the concept”. They concluded: “We are not advocating for developing a single definition or application of the concept of solidarity. Rather, that the value of outlining the different types of solidarity occurring in the migration and refugee literature lies in demonstrating the variability and often contradictory uses of the concept.”

Geography and solidarity
Bauder’s research into the concept of solidarity builds on additional work which explores solidarity’s geographical dimensions and the links between places migrants come to and from. The themes are explored in a book Bauder co-edited with Jonathan Darling, published earlier this year2, and Bauder’s companion papers on the politics of place.3

This research places solidarity in the wider context of globalisation and the nationalism that has developed in Europe since the 17th century when the Treaty of Westphalia brought an end to the Thirty Years War (the war between Catholics and Protestants that led to the break-up of the Holy Roman Empire and the creation of the modern European states).

Following the work of Torpey4, Bauder argues: “International migrants and refugees destabilise the ‘Westphalian’ political order that has divided the earth’s surface into territorial states, and populations into citizens and non-citizens.

Bauder is prompting us to see solidarity as a transformative process, beyond the reach of sovereign states, which is forcing us to rethink the concept of national identity in the 21st century.

“To fully grasp the transformative political potential of solidarity with and among international migrants and refugees requires a geographical perspective. When people migrate or flee war or other circumstances, they connect places, and their arrival causes people in different circumstances to interact with each other.”

Those interactions are often in stark relief to the prevailing political culture. For example, Bauder cites the “sanctuary cities” movement where some municipal authorities, notably in Europe, Canada and the United States, have taken a more liberal approach to migrants and refugees than their national governments. Not only have these municipal authorities not enforced national immigration policies, they have also provided access to education, health and housing services for migrants and refugees.

The world’s attention has recently been particularly drawn to the plight of migrants and refugees who attempt to cross the Mediterranean Sea, with often tragic consequences. Palermo in Sicily provides a good example of how different approaches to the people who arrive on Italy’s shores challenge historic assumptions about citizenship and nationalism.

In 2015 the city’s Mayor Leoluca Orlando issued the “Charter of Palermo” which promotes freedom of mobility as a human right and calls for the abolition of residence permits and a fundamental reorientation of European refugee and migration policies.

In an interview with Bauder5, Orlando said: “We cannot say today that Palermo respects the rights of migrants. Because we have no migrants in Palermo. If you ask how many migrants are in Palermo, then I do not answer 100,000 or 120,000, but none. If you are in Palermo, you are a Palermitan.”

Orlando argues that the global refugee crisis brings together three major themes of modern times: security, climate change, and peace. He told Bauder: “Only migrants experience these three topics at the same time. They have a problem with security – they have no security. Climate change – are the Germans victims of climate change, or the people of Norway and Sweden? Or are the people in Africa the first victims who have to leave their country?… Peace – and war… migrants are the victims of war, not us! Today, the three different themes are united in the context of migration.”

Solidarity as transformation
The concept of solidarity is helping us to better understand why individuals and organisations from around the world are coming together in response to the plight of migrants and refugees. The powerbase is shifting and this response is largely driven by activists at the local level. Cities and municipal authorities are taking initiatives in opposition to national governments which demonise migrants and refugees as “criminals” and “illegal immigrants” who can be used as political capital to gain popular nationalist approval.

By focusing on the concept of solidarity, the work of academics like Bauder is prompting us to see solidarity as a transformative process, beyond the reach of sovereign states, which is forcing us to rethink the concept of national identity in the 21st century. As Bauder says: “Solidarity is a productive and inventive practice that generates novel possibilities of politicisation and provides opportunities to rethink ways of belonging.”

Which “sanctuary city” has impressed you most by its response to migrants and refugees and why?

New York, Toronto, Barcelona, Zurich, Berlin – they all impress me. But what’s interesting about sanctuary and solidarity cities is that there is no single approach. Every city takes different actions based on its political climate, the kinds of migrants and refugees it receives, its geopolitical location. What they do have in common is that they reject the exclusionary policies of their national governments. The question is what these cities can learn from each other rather than following one particular city’s approach.

Solidarity and the study of migrants and refugees was last modified: November 8th, 2019 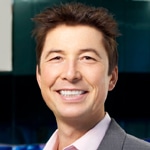 Director, Graduate Program in Immigration and Settlement Studies (ISS) at Ryerson University; Founder of the Ryerson Centre of Migration and Settlement (RCIS); recipient of the 2015 Konrad Adenauer Research Award from the Alexander von Humboldt Foundation in collaboration with the Royal Society of Canada; recent monograph: Migration Borders Freedom (2016, Routledge).