Biology
Cross-breeding between different species or populations can cause “hybrid vigour”, or heterosis, resulting in offspring who are genetically fitter than their parents. While this phenomenon is widely recognised in some plants and animals, it is poorly understood in humans. In recent work, Dr Chen Zhu of China Agricultural University, along with her colleagues Dr Xiaohui Zhang, Dr Qiran Zhao and Dr Qihui Chen, used China’s census data to investigate heterosis in humans. The results lent strong support to the team’s prediction that heterosis exists in humans and can cause real differences in characteristics, including height and educational achievement.

The phenomenon known as “hybrid vigour” has been observed across many different plant and animal species. More formally termed “heterosis” or “heterozygote advantage”, this quirk of genetics occurs when cross-breeding results in offspring that are genetically fitter than their parents: they might be stronger or faster, grow more quickly, or be more resistant to disease, for example.

Heterosis is well known and understood in some species. For example, certain types of hybrid crops and farmed animals are known to be more fertile or better able to tolerate environmental stress than their ancestors. However, the potential existence of hybrid vigour in humans has not been well researched. While some evidence of heterosis in humans has been found at the molecular level, whether this translates into phenotypic (or observable) characteristics – height, bodyweight or cognitive ability, etc. – remains controversial. 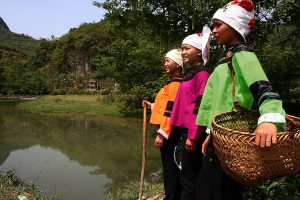 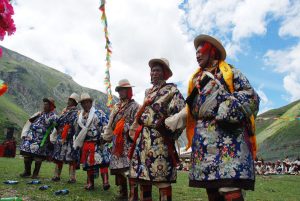 There are 56 identified ethnicities in China, including Uyghurs (left), Zhuang (centre) and Tibetan (right), offering a unique opportunity to study heterosis.

Heterosis in humans?
Some previous research has revealed that human populations that are geographically distant from one another tend to have greater genetic differences. A few small studies have also shown that parents originating from geographically distant areas have children with greater-than-average genetic fitness; they might be taller or have a higher cognitive ability, etc. In addition, inbreeding – where close relatives have children together – is known to result in an increased risk of certain genetic diseases in the children. Although these studies were limited in size and methodology, they did suggest that heterosis in humans – at the genetic level, at least – does exist and is worthy of further investigation.

Recently, Dr Chen Zhu of China Agricultural University in Beijing led a study to investigate phenotypic heterosis in humans. Together with her colleagues, Drs Xiaohui Zhang, Qiran Zhao and Qihui Chen, she used Chinese Population Census Data to search for the existence of heterosis in humans.

China offers an almost unique opportunity to investigate heterosis in humans. The country is both geographically large (5,500 kilometres from North to South, and 5,200 from East to West) and diverse in its human population. There are 56 distinct identified ethnic groups (plus numerous subgroups) in China, and researchers have discovered clear genetic distance between some of these populations.

There is a significant link between genetic diversity of the parents and the educational achievement of the child.

The team proposed three hypotheses: that the offspring of individuals from different populations would show heterosis by scoring higher in traits such as height and cognitive ability; that the heterosis effect would increase with greater genetic distance of the parents; and that offspring of ‘hybrid’ marriages (where the parents are from different regions/areas etc.) would display better genetic fitness and increased phenotypic heterosis.

To test these ideas, the team used a 0.1% sample of the Chinese Population Census Data, representing more than a million individuals from 31 provinces of China. Crucially, this data includes both the birthplace and current residence of every individual. Analysis of the data revealed that, overall, the rate of hybrid marriages was just under 6%. As the researchers expected, the largest cities, including Beijing, Shanghai and Tianjin, had the highest rates of hybrid marriages. Also, hybrid marriages were more common in the north of the country than in regions south of the Yangtze River. The team wondered: would these hybrid marriages have produced children that show better phenotypic characteristics?

The researchers estimated educational attainment by computing the years of education acquired by a child or young person. However, this approach raised a particular hurdle: it could be that better-educated people were more likely to migrate to find better jobs, and therefore would be more likely to marry someone from a different province. Also, differences in educational achievement can be caused by many factors, including socioeconomic conditions and family environments. To overcome this problem, the team used sophisticated statistical models to eliminate the effect of these confounding factors.

The team found that, as predicted, there is a significant statistical link between the genetic diversity of the parents and the educational achievement of the child. Even when socioeconomic factors are accounted for, a greater genetic difference between parents seems to boost the educational achievement of their children. Specifically, hybrid marriages result in an extra 0.11 years of schooling for the children, on average. Also, an additional 1,000-kilometre distance between the parents’ places of birth results in a further 0.21 years of schooling for the children.

To explain this finding in real-word terms, Dr Chen gives this example: imagine two boys are born in Beijing to families of similar socio-economic status. One eventually goes to college in Shanghai and later marries a woman born locally, while the other stays at home and marries a Beijing-born woman. The children of the man who moved to Shanghai will end up with an extra 2.5 months of education, compared to those of the man who stayed in Beijing.

Does heterosis cause physical differences?
Despite the strong evidence uncovered by this research, educational achievement is tricky to link definitively with heterosis due to the sheer number of other factors that may influence this characteristic. For this reason, Dr Zhu and her colleagues also looked at other potential types of phenotypic heterosis, including height and attractiveness.

The team discovered a significantly positive effect of parental genetic diversity on the height of the offspring.

Interestingly, the effects of heterosis uncovered by this study were stronger in males than in females. Male offspring of hybrid marriages received 0.13 more years of education and were 1.15 cm taller than their peers, while for females, the figures are 0.08 years and 0.35 cm, respectively. This difference could be explained by the concept of sexual selection, in which genetic fitness indicators (such as height) are often more pronounced in males than in females.

Investigating heterosis at the genetic level
Dr Zhu and her colleagues acknowledge that one of the limitations of this study was that they were not able to use individual genetic data, and instead relied on distance between birthplaces as a proxy for genetic diversity. Until a few decades ago, migration within China was relatively rare, so this is unlikely to have had an undue effect on the results; however, the team is working towards supporting these findings with genetic data.

With this goal in mind, the team is collecting data on the genetic features of parents and their children. The researchers will use this data to improve their research into heterosis, but have already demonstrated its value in an investigation into the link between height and earnings. In general, in some parts of the world, taller people tend to earn more – even in sedentary jobs in which height can have no possible benefit. Through a detailed analysis of the genetic data of individuals, the researchers found that, in fact, height itself is not correlated with earnings. Rather, a number of other factors which may be linked to height, such as a healthy childhood, are likely also to result in better earnings.

The research of Dr Zhu, Dr Zhang, Dr Zhao and Dr Chen is some of the first to delve into the fascinating and controversial subject of phenotypic heterosis in humans. While there is much still to be investigated – including, for example, the potential benefits of a fusion of cultures in a child’s education – this study suggests several promising future avenues of research. It also offers an intriguing glimpse into the future: as human migration increases, in China and elsewhere, so-called hybrid marriages will become even more common, potentially leading to future generations who are taller and have an advantage in cognitive development compared to their predecessors.

What are you planning to research next?
<>
Through the Human Capital and Genoeconomics (HCG) survey supported by China Agricultural University, we recently collected a sample of Chinese individuals that contains both standard demographic/social/economic characteristics and individual-level genotyping data. We aim to integrate genetic data into more economic studies, providing new analytical tools and insights into old questions. More importantly, we seek to pursue new questions that are unanswerable without the help of genetic data, thus helping people understand more about how genes and socio-economic environments make us who we are.

Are there any plans to expand this research to cover other phenotypic characteristics?

We plan to expand this research and explore how individual-level genetic diversity may affect other aspects of the cognitive and non-cognitive abilities, such as BMI, appearance, individualistic-collectivist thinking, risk-taking, etc. 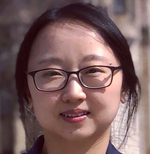 Dr Chen Zhu is an Associate Professor at China Agricultural University, College of Economics and Management. She holds a PhD in agricultural and resource economics from the University of Connecticut and a BS in biology from Nanjing University. Her current research focuses on integrating genetic data to gain new insights into economic behaviours.

Dr Xiaohui Zhang is a Senior Engineer at the GATTACA laboratory in the School of Life Sciences at Nanjing University. Her research focuses on one of the fundamental problems in evolutionary biology, how genetic variation is generated and maintained.

Dr Qiran Zhao is an Associate Professor at China Agricultural University, College of Economics and Management. He received a doctoral degree from Martin Luther University in Germany. His research interests include rural development, rural education, nutrition and health, and impact evaluation of public policy.

Dr Qihui Chen is an Associate Professor at China Agricultural University, College of Economics and Management. He received a PhD in Applied Economics from the University of Minnesota. His research focuses on understanding the nexus of education, health, and labour market outcomes

The study conducted by Dr Zhu, Dr Zhang, Dr Zhao and Dr Chen looks for evidence of heterosis among human beings at the macro level. 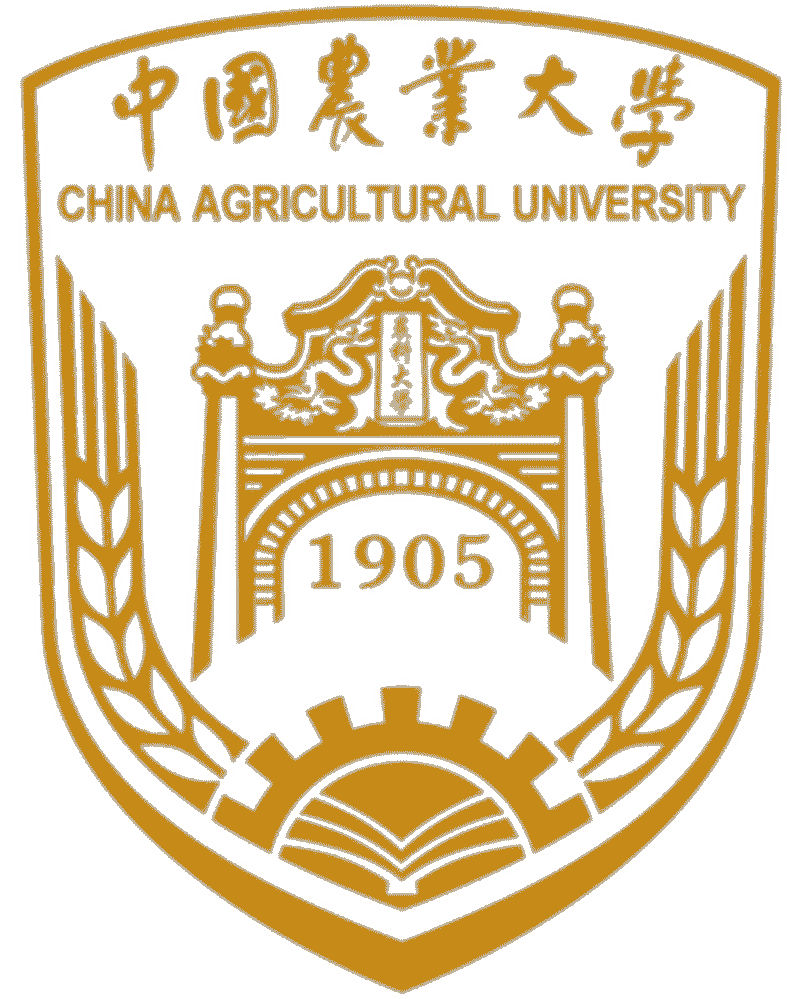