Physical Sciences
Following on from his previous research, Professor Eugene Oks at Auburn University, Alabama, presents even further evidence that an explanation for dark matter could lie with a ‘second flavour’ of hydrogen atoms. This time, he analyses the results of an extensive survey of millions of galaxies to assess the characteristics of ‘gravitational lensing’: a light-bending effect, first predicted by Einstein. Again, his results uphold the idea that undetectable hydrogen atoms can at least partially explain the enigmatic source of mass, without any need to break with our current understanding of fundamental physics.

In a previous article, Professor Eugene Oks at Auburn University introduced us to the idea of an entire ‘second flavour’ of hydrogen atoms, having only so-called ‘S-states’. Just as the Standard Model of particle physics predicts six different flavours of quarks, each with fundamentally different properties, these hydrogen atoms behave entirely differently to the ones we are familiar with. Most strikingly, second-flavour hydrogen atoms (SFHAs) don’t interact with electromagnetic radiation. As a result, they can go entirely undetected in astronomers’ telescopes.

In 2018, Professor Oks used this theory to explain the unusual results of a group of astronomers, led by Judd Bowman at Arizona State University. In this study, Bowman’s team measured the ‘hydrogen line’: a microwave-frequency signal with a characteristic wavelength of 21 cm, which was universally emitted by astronomical clouds of neutral hydrogen in the early Universe. Through their observations, the astronomers detected a key distorting feature in the hydrogen line, which appeared far more prominently than they expected. For Professor Oks, on the other hand, the result could be easily explained by the presence of SFHAs.

Perhaps the most important consequence of Professor Oks’ ideas is that SFHAs could be at least a partial component of dark matter. This enigmatic substance is believed to account for some 85% of all matter in the Universe, but seldom interacts with regular matter nonetheless – meaning it has entirely eluded our detection so far. Now, Professor Oks’ explanation of this origin of dark matter has been further validated, through the outcomes of yet another astrophysical observation.

Evidence with gravitational lensing
As Einstein showed through his theory of general relativity, the gravity of any mass can distort the structure of the spacetime surrounding it. This means that despite the massless nature of light, the paths of photons passing close to a massive object can be distorted. In astronomy, the principle is particularly important to consider when observing distant galaxies, whose light passes close to more local galaxies. Here, the nearby galaxy acts as a ‘lens’ which bends this background light towards Earth – making distant galaxies appear brighter and closer.

In the most extreme cases, this process known as ‘gravitational lensing’ can stretch background light into striking arcs, named ‘Einstein rings’. In most cases, the effect is not nearly as dramatic, but weak gravitational lensing is nonetheless a powerful tool for studying local galaxies. By measuring the magnification of background galaxies while also considering their known distances from Earth, astronomers can assess the overall mass of the nearby galaxy.

This is particularly useful since the light from background galaxies can be distorted by regular and dark matter alike. As a result, astronomers can directly measure the influence of the mysterious substance, which can’t otherwise be picked directly up by their telescopes. ‘Here, dark matter reveals itself by bending the light from a background star’, Professor Oks explains. ‘The larger the total mass of dark matter at a particular location, the stronger the bending of the light.’

The Dark Energy Survey
In 2021, the light-distorting effects of weak gravitational lensing were examined in detail by an international team of astronomers, led by Niall Jeffrey at the Ecole Normale Supérieure (ENS) in Paris. The researchers were part of the Dark Energy Survey (DES): the global effort of over 400 astronomers to map the positions of hundreds of millions of galaxies across the Universe. The overall goal of the survey is to shed new light on how another cosmological phenomenon, named ‘dark energy’, is causing the Universe’s expansion to accelerate – presenting a monumental mystery in itself.

In addition, the DES has yielded the largest and most detailed map to date of the distribution of dark matter throughout the Universe. For Jeffrey’s team, this provided the ideal opportunity to assess weak gravitational lensing by a diverse array of galaxies in extensive detail. In their study, the astronomers used four different mathematical descriptions of weak gravitational lensing by nearby galaxies. Each of these methods then presented its own unique predictions of how distorted background light will be spatially distributed once it reaches a telescope on Earth.

The DES has yielded the largest and most detailed map to date of the distribution of dark matter throughout the Universe.

Finally, Jeffrey and colleagues recreated these predictions within computer simulations of the DES’s data and assessed how closely they matched with the real data. ‘The distribution turned out to be smoother and less clumpy than predicted by Einstein’s gravity’, Professor Oks illustrates. ‘This prompted calls for new physical laws: for some kind of non-Einsteinian gravitation.’ Just as with Bowman’s team, these results were wholly unexpected, and hinted at the need for an entirely new set of physical laws. Yet again, however, the results came as no surprise to Professor Oks.

Adding to previous evidence
In a subsequent paper published in 2021, Professor Oks developed a relatively simple model to explain the DES team’s results – considering the dynamics of a system containing a large number of neutral, gravitating hydrogen atoms. Through his analysis, he discovered that the DES’s smoother distributions in gravitationally lensed light could be recreated, simply by inhibiting gravity for a small proportion of the atoms.

Based on this model, he concluded that second-flavour hydrogen atoms are the best possible candidate for explaining the dark matter responsible for generating the smoother light distribution curves, as observed by Jeffrey’s team. Altogether, Professor Oks argues that this evidence points to the same outcome as Bowman’s observations of the hydrogen line. ‘This explanation constitutes the second astrophysical evidence of the existence of the SFHA’, he says. ‘It solidifies the status of the SFHA as the most probable candidate for dark matter – or at least for a part of it.’

Crucially, the outcome presents a feasible candidate for dark matter, in full adherence with the fundamental physics of the Standard Model. Whereas existing theories of dark matter – including axions and weakly interacting massive particles (WIMPs) – suggest that this conventional understanding is inherently incomplete, Professor Oks’ theories suggest the opposite: that no new physical laws are required to explain the nature of the elusive substance.

Evidence on atomic scales
In his other papers published in 2021, Professor Oks noted that there is also another difference between the SFHA and regular hydrogen atoms. It related to a value named their ‘cross-sections’ – describing the probability that the atoms will exchange charges with an incoming proton as they cross paths. The slight difference in cross-sections of charge exchange between the SFHA and regular hydrogen atoms could manifest at relatively low energies of incoming protons: the energies comparable with the kinetic energy of the electron in hydrogen atoms.

Second-flavour hydrogen atoms are the best possible candidate for explaining the dark matter responsible for generating the smoother light distribution curves, as observed by Jeffrey’s team.

The previous theories did not take into account a possible presence of the SFHA. According to Professor Oks, for the SFHA the corresponding theoretical cross-section is noticeably larger than for the usual hydrogen atoms and leads to a better agreement with the experiments: the agreement within the experimental error margins. Therefore, this constitutes yet another evidence from atomic experiments that the SFHA was (and is) present within the mixture of hydrogen atoms surrounding us.

Obeying Occam’s razor
Altogether, the idea that SFHAs can provide an explanation for dark matter is distinguished from all other existing theories, in a variety of ways. ‘This explanation has experimental confirmation, namely from the analysis of atomic experiments’, Prof Oks describes. ‘It also explains the perplexing astrophysical observations by both Bowman and Jeffrey’s teams.’

In addition, the outcomes of his analysis align strongly with the famous principle of ‘Occam’s razor’: an idea first presented by an English friar in the 14th century. It states, ‘if we are presented with multiple possible solutions to a problem, we should choose the one with the fewest unproven assumptions.’ Although this idea certainly isn’t always the case in science, it still provides valuable guidance to modern-day researchers as they assess the most likely explanations for their observations.

Since Professor Oks’ SFHA hypothesis is unmatched in its lack of unproven assumptions, it comes with a further set of advantages. ‘It does not go beyond the Standard Model and is based on the standard quantum mechanics – without any change to the physical laws’, Professor Oks continues. ‘Thus, it is favoured by the Occam razor principle.’

With evidence found both in the hydrogen line from the early Universe and now in weak gravitational lensing, Professor Oks ultimately hopes that his ideas will be more widely discussed in the cosmology community. If SFHA becomes more widely accepted as a potential dark matter candidate, it could soon offer new steps towards a solution to one of the greatest mysteries surrounding the nature of the Universe.

Do you think that your analysis of the hydrogen line and DES papers will help the SFHA theory gain traction in the cosmology community?

Absolutely. In addition, there is also the evidence of the existence of the SFHA from the analysis of two different kinds of atomic experiments: the SFHA resolves the discrepancy between the experiments and previous theories both on the distribution of electron velocities in hydrogen atoms and on the cross-section of charge exchange between hydrogen atoms and low-energy protons. 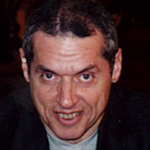 Eugene Oks is Professor at the Physics Department of the Auburn University in Alabama, US. He has conducted research in atomic and molecular physics, astrophysics, plasma physics, laser physics, and nonlinear dynamics. Professor Oks has published about 500 papers and 10 books and is Chief Editor of the journals Foundations (Physics section) and International Review of Atomic and Molecular Physics, Editorial Board member of the journals Symmetry, American Journal of Astronomy and Astrophysics, Dynamics, Open Journal of Microphysics and Open Physics, and Reviewer Board member of Atoms.

Professor Oks proves the existence of the second flavour of hydrogen atoms. Recent observations of the distribution of dark matter in the Universe provide further evidence for his theory.

Physics Department of the Auburn University

Taxonomy of affective curriculum for gifted learners: A framework for providing social–emotional learning to gifted children
Education & Training
Read This Article
Could acesulfame potassium be leaving the bittersweet taste of a toxic environment?
Earth & Environment
Read This Article