Health & Medicine
Menopausal hormone therapy (MHT) is used to ease severe symptoms associated with the menopause and can be administered in tablet, patch, gel, or implant form. However, previous research has suggested treatments may have serious side effects, including increased risks of developing blood clots, breast cancer, and dementia. Dr Yana Vinogradova of Nottingham University Medical School, UK, supported by UK researchers from Nottingham, Oxford and Southampton, has conducted large-scale independent studies into the levels of risk associated with different MHT treatments to improve information available to patients and their clinicians.

The menopause is a natural process in all women at the end of their childbearing years. It normally starts at around the age of 50 but can sometimes occur significantly earlier or later. Menopausal hormone therapy (MHT), also commonly known as hormone replacement therapy or HRT, is a treatment used to relieve debilitating and unpleasant symptoms associated with the menopause in a minority of women.

Changes in menopausal women are caused by decreased levels in a number of hormones influencing menstruation and fertility, and a reduced ability of the body to use them. The resulting fluctuating hormone levels can cause a variety of unpleasant symptoms such as hot flushes, headaches, sore breasts, vaginal dryness, insomnia, anxiety, memory impairment, mood swings, and depression, which may last for an extended period. In a few women, these symptoms can be particularly severe and have a significantly negative impact on their quality of life.

Providing relief
MHT treatment involves the use of one or more types of hormonal drugs. Oestrogen-only therapy is given to women who have undergone procedures involving removal of their ovaries, uterus or womb and is delivered in the form of an oral pill, a patch, a gel, or a topical or vaginal cream. For other women, a combined therapy will be prescribed, where a progestin is added to the oestrogen to protect the uterus and reduce the risk of endometrial (uterus lining) cancer. This treatment will be delivered either as a pill or an intrauterine device (IUD).

Serious side effects
All drug treatments have potential side effects. In the case of MHT, these range from mild to severe, depending on the patient. Serious side effects found in studies have included increased risks of venous thromboembolism (VTE), breast cancer, and dementia.

Two large early studies – the Women’s Health Initiative trial (WHI), published in 2002, and the Million Women observational study, published in 2003 – first highlighted associated risks with VTE and breast cancer. This resulted in a significant drop in the uptake of MHT, which persisted, and in 2015 the National Institute of Health and Clinical Excellence (NICE) issued recommendations to increase the use of hormonal treatments, calling for more detailed research evidence on serious side effects.

This sparked significant research efforts, but the requirement for evidence on specific treatment components and regimens is challenging because serious side effects are rare and/or develop slowly. Trials are difficult or impossible because of costs, and observational studies also need to have access to a broad range of data over many years. Most studies have been limited either to a few specific treatments, don’t have a sufficiently large sample size to provide robust estimates at the level of detail required, or have suffered from a range of design weaknesses.

New research
To fill the knowledge gaps and reduce uncertainty, Dr Yana Vinogradova of Nottingham University in the UK has undertaken a series of very large observational studies into serious side effects of MHT. For each, she has used a methodology, pioneered by her, of combining results from identical studies on two of the largest primary care databases in the UK (QResearch and CPRD). These contain patient records from the UK’s National Health Service’s (NHS) general practices and have links to hospital (secondary care) and mortality records. Together, they constitute a rich data source of patient records over a long period. Patient information include diagnoses, prescription details, and patient-related records on many factors associated with the development of specific medical problems, which may be potential confounders.

Fluctuating hormone levels in menopausal women can cause a variety of unpleasant symptoms, including hot flushes, headaches, mood swings, and depression.

This has created sufficient power to provide accurate and robust estimates of the additional risks of developing a serious side effect for any of the MHT treatments prescribed by the NHS. All the studies are independent, original research with consistent design, using sophisticated data-management techniques and methodology, and with estimates adjusted for all available confounders.

MHT and VTE
The first paper, investigating MHT and the risk of developing VTE, was published in 2019. The study included information for all women between the ages of 40 and 79 if registered with a practice between 1998 and 2017. There were 80,396 women with a diagnosis of VTE (cases), and each was matched with up to five women of the same age, from the same practice and with no diagnosis of VTE at the date of the case diagnosis (controls). The analysis compared the participant’s use of MHT before the diagnosis date. Because risk of VTE declines after discontinuation of MHT, the analysis included only exposures in the last 90 days (7.2% of cases and 5.3% of controls).

Transdermal treatments, whether oestrogen-only or combined, were not associated with any elevated risk of VTE.

The majority of women on MHT (85% of cases and 78% of controls) were found to use MHT orally (pill form), and the results showed the overall risk of VTE among these patients, compared to no exposure, to be raised by 43% (equivalent to extra nine cases per 10,000 women years). For oral therapy, the type of oestrogen used in the treatment was found to be important. Estradiol, (here ethinyl estradiol, a synthetic derivative of a natural oestrogen) was shown to present a lower additional risk than conjugated equine oestrogen or any of the combined treatments. Within the combined treatments, estradiol with dydrogesterone displayed the lowest risk and conjugated equine oestrogen with medroxyprogesterone acetate (the combination used in the American WHI study) was associated with the highest risk.

MHT and breast cancer
In 2020, a second paper investigating the link between breast cancer and MHT was published. This took the same approach as the previous paper, matching 98,611 women between the ages of 50 and 79 with a diagnosis of breast cancer (cases) to up to five controls. This left 34% of participants and 31% controls with prescriptions for MHT before the relevant case diagnosis date.

Compared to women who had never used MHT, oestrogen-only treatments were found to be associated with only slightly increased risks, but combined oestrogen–progesterone treatments were linked to higher risks. For oestrogen-only treatments, there was no difference in risks between the oestrogens studied, but for combined treatments there were different levels of risk for different combinations of hormones. The highest risk was found for conjugated equine estrogen with medroxyprogesterone and the lowest risk was found for estradiol-dydrogesterone.

The additional risks of breast cancer decline after discontinuation of treatment, so, for women who had used a combined MHT in the last five years (recent use), overall risk was increased by an average of 51% (equivalent to between nine and 36 extra cases per 10,000 women years, depending on duration of use and age group) but, for women who had stopped five years ago or more, overall increased risk was only an average of 4%. For oestrogen-only treatments, the overall risk was increased by an average 12% for recent use, while no risk was found for those who had stopped five or more years before. The longer the participant used MHT, the more the risk increased – but these duration associations were weaker for the oestrogen-only and tibolone preparations. Importantly, this research did not confirm the higher-than-expected breast cancer risks reported from a major meta-analysis (Collaborative Group on Hormonal Factors in Breast Cancer, 2019).

This research did not confirm the higher-than-expected breast cancer risks reported from a 2019 meta-analysis.

MHT and dementia
Vinogradova’s most recent paper, which was published in September 2021, investigated the associations between MHT and dementia. Similar in design to the two previous studies, it matched, on the same basis as before, each of the 118,501 women aged 55 and above with a diagnosis of dementia (cases) to up to five controls. Because symptoms of developing dementia can be mistaken for symptoms of menopause, use of MHT in the last three years before the case diagnosis date were not included – both for the case and the associated controls. This left about 14% of cases and 14% of controls with prescriptions for MHT prior to the relevant case diagnosis date.

This study has found no associations between MHT treatments and dementia risk. For women diagnosed before their 80th birthday, the study found a slight decreased risk in those who had taken oestrogen-only therapy for more than ten years. For women with a specific diagnosis of Alzheimer’s disease, the study found a slightly increasing risk of developing the disease as duration of use increased – but only for combined MHT treatments and measurable in real terms only after at least five years use of combined (oestrogen–progestin) therapy. In absolute terms, this represents five extra cases per 10,000 women among women who took the therapy for five to nine years, and seven extra cases for use of ten or more years. Notably, this study did not confirm the findings from a recent large Finnish study of increased risks of Alzheimer’s disease associated with the use of both oestrogen-only and combined MHT treatments (Savolainen-Peltonen et al, 2019).

Overall summary
Vinogradova is confident that these studies currently represent the most accurate and robust estimates of the real risks within the general population resulting from use of the MHT treatments commonly available in the UK NHS. Future improvements in available data – new treatments, more years of data (particularly important for slowly developing side effects and more rarely prescribed treatments) and wider, more complete recording of patient characteristics – will be needed to further clarify outcomes and choices.

However, this research should generally be seen as reassuring to women in real need of relief from severe symptoms of the menopause. None of the prescribed treatments carry very great risks for healthy women. Their utility is in allowing women who need MHT (particularly women already with an elevated risk of any side effect) to have informed discussions with their doctors about the most appropriate treatment (formulation, dosage, application, and duration). The overall message is true for all drugs – they should not be taken unless necessary, and then only at the lowest effective dosage and for the shortest possible time.

I plan to undertake more MHT studies and extend my work involving research on women’s health. 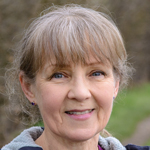 Dr Vinogradova is a mathematician–statistician/epidemiologist by training. She is currently a Senior Research Fellow at the Medical School of University of Nottingham, UK. Her research focuses on drug safety, using primary care data to determine outcomes for rare or slowly developing problems within the general population in ‘real world’ environments.