Behavioural Sciences
Dr Joanna Wheeler’s research has been conducted through her role as a Marie Curie Research Fellow at the Centre for Trust, Peace and Social Relations at Coventry University. Her interests lie in increasing inclusion among marginalised groups. To do this, she explores storytelling and other creative methods to bridge social divides. Most importantly, Dr Wheeler advocates for intersectional participatory action research. This, she contends, can help to generate understanding of differences and overcome negative stereotypes caused by exclusionary narratives, such as those around migration.

Political narratives in the modern world tend to separate those who belong from those who do not. In this sense, they are fundamentally exclusionary. That’s why Dr Joanna Wheeler of the Centre for Trust, Peace and Social Relations has focused her research on creating new narratives: ones which cross social divides and help to foster a sense of inclusion and belonging.

To achieve this, Dr Wheeler has spent her time working with the most marginalised communities, in many contexts. She uses creative methods and storytelling through intersectional participatory action research (PAR). Her writings explain why this method overcomes the problems that researchers face in understanding complex issues. She also details case studies to reveal the practical uses of intersectional PAR. This article breaks down her approach to storytelling across social divides and looks into the lessons that Dr Wheeler has learned through her research in Cape Town, South Africa.

Intersectionality and Participatory Action Research
Dr Wheeler, in putting advocating for more inclusive storytelling, begins by explaining her research approach. Firstly, this includes intersectionality, defined as how people experience identities such as class, race, age, gender, sexuality, ability, and ethnicity, and how such a socially constructed identity constrains or opens up opportunities.

An intersectional approach is a political commitment to understanding identities and recognising how they impact on people’s paths through life. In the world of narratives, this could relate to stories painting white males as the hero and the effect this could have on the chances for women and black people to find success.

An intersectional approach is a political commitment to understanding identity and recognising how it impacts on people’s paths through life.

Participatory Action Research (PAR), meanwhile, is an activist’s approach to academic research. This means that the research is not just an attempt to understand the world, but also to change it. Researchers are both participating in the subject in they’re trying to explain – in Dr Wheeler’s case, the role of storytelling on challenging inequalities – and taking action to bring about changes.

Storytelling: The Intersectional Approach to Inclusion
If exclusionary narratives lead to inequality and disadvantages for particular identity groups, then Dr Wheeler’s work uses creative methods of increasing inclusion for groups like refugees and migrants by creating new opportunities between these groups and more privileged ones. Dr Wheeler argues that exclusionary narratives in the media and from politicians scapegoat and marginalise these migrants and other groups by misrepresenting their experiences.

Exclusionary narratives often rely on labels, like ‘refugee’ or ‘migrant’. Dr Wheeler’s research shows that labels offer a simplified understanding of the identity of different groups in society. Instead, Dr Wheeler argues that we need to promote storytelling that accepts the complexity of other people’s experiences and uses intersectional PAR to become more understanding and accepting of differences. 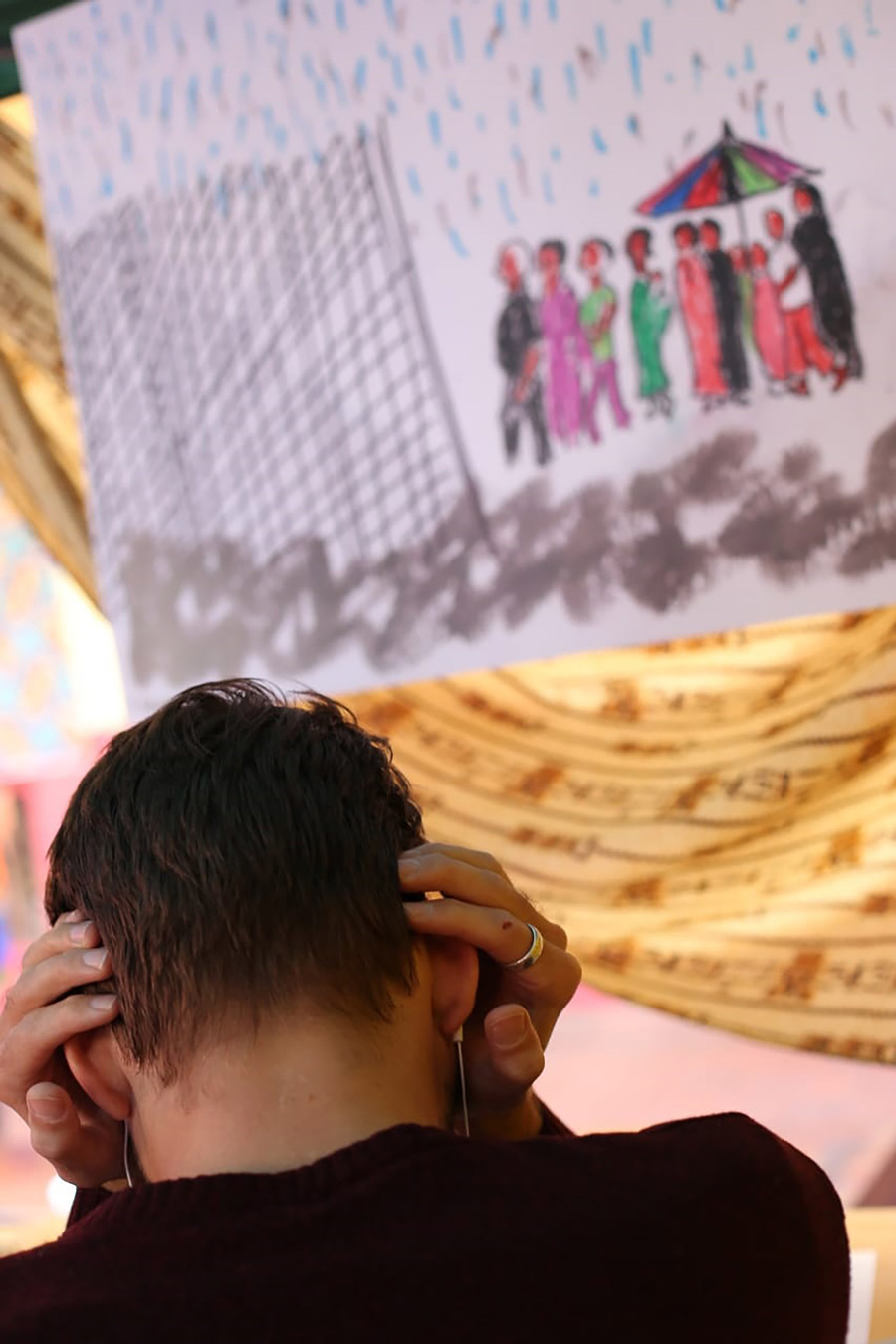 Intersectional PAR is, by its nature, practical and active. Therefore, Dr Wheeler has outlined an example to make it clear to the reader how storytelling based on dialogue and inclusion can create a bridge between social divides. Dr Wheeler explores issues surrounding race, migration, and nationality in South Africa through a storytelling-based approach.

Stories From South Africa
South Africa has long been facing issues of belonging but today, there exists a xenophobic narrative which blames migrants for social problems. Despite apartheid ending more than 20 years ago, social divides between different racial groups persist. Historically excluded groups, including Blacks and ‘Coloureds’ are disadvantaged in education, healthcare, and employment. Segregation persists in housing so that these groups live separately and in more precarious conditions than the generally wealthier white community. These different forms of exclusion can also reinforce one another, so that migrants from other African countries often face severe poverty.

Dr Wheeler’s research included using storytelling to attempt to cross this social divide and create understanding between them. To do this, Dr Wheeler worked with two groups. The first was a group of refugees and asylum seekers from other African countries, forced by circumstance to relocate to Cape Town. The second group were migrants from a position of privilege, who had moved to Cape Town out of choice. While each group comes from significantly different backgrounds, they also have shared experiences.

Dr Wheeler asked each group to develop a story about a time they felt at home or not at home in Cape Town. The groups used drawing, sculpting, drama, writing, photography and other creative techniques to create their individual stories. They used digital technology to produce their own story as a short film. They then came together to watch the stories and have a dialogue about them. This allowed the groups to understand their own and other’s experiences more fully, and challenge their own assumptions about labels (such as ‘refugee’ or ‘Black’). 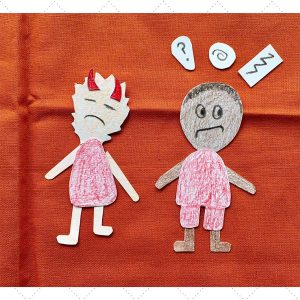 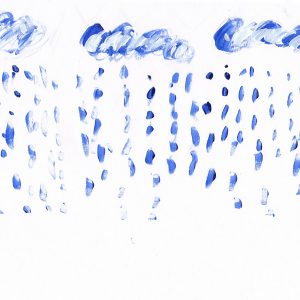 Exploring the concept of belonging through sharing stories in South Africa.

In particular, Dr Wheeler notes the label refugee. While this term is needed to ensure legal residency in South Africa, it evokes feelings of shame, weakness, powerlessness, and a failure to provide. To much of South African society, the term refugee suggests a person who has nothing to offer. The label ‘refugee’ is therefore contradictory. The groups involved identified how labels, such as ‘refugee’ need to be challenged by going beyond labels to understand every day experiences.

Intersectional PAR, Dr Wheeler notes, is a painful approach. It involves facing up to hard truths. However, it is important because it allows different groups to move beyond superficial labels and confront the complexities of individuals. By exploring the concept of belonging through sharing stories, Dr Wheeler has taken a practical approach to understanding the impact of exclusionary narratives and helped to dismantle negative stereotypes. 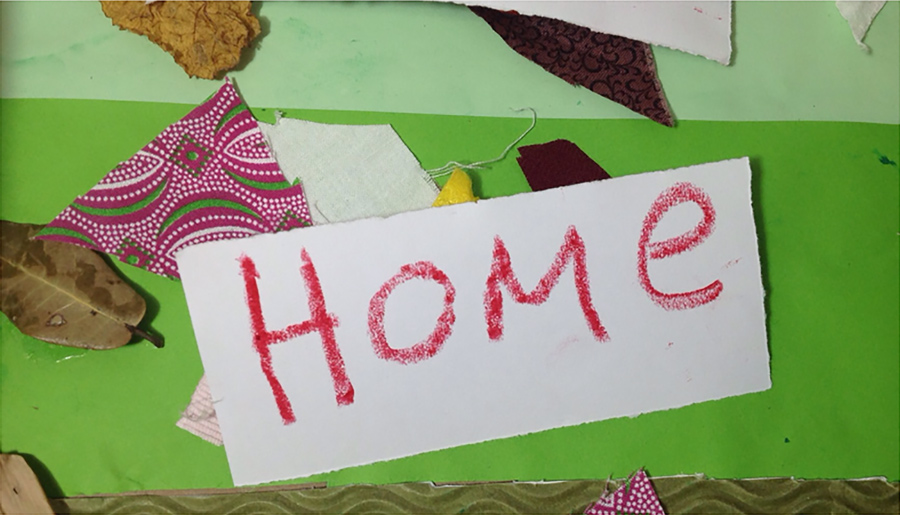 The Story Salon
Following the storytelling process with the two groups, they combined to offer a pop-up story salon in Cape Town. The purpose of the pop-up story salon was to create an opportunity for anyone in Cape Town to listen to different stories of people’s experiences of being at home, and to have a meaningful conversation about their own reactions. The salon was held in a large hall, decorated with the storytellers’ own artwork, and famous for its role in organising anti-Apartheid struggles. Anyone who entered the room was already confronted with a new perspective on what it’s like to be a marginalised group in South Africa.

It is actually in exploring differences that we are able to build an understanding of these differences and create more positive dynamics between groups.

Under gazebos, chairs and tables were setup, offering an inviting environment, like salons in townships. With hair weaving and snacks on offer, visitors quickly arrived to listen to the refugees’ story in person, therefore able to connect directly with the storyteller and really come to understand a different person’s life. 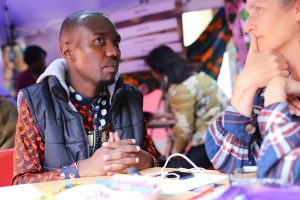 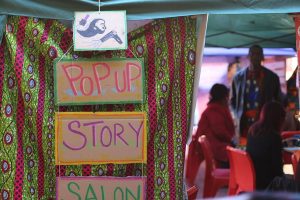 A pop-up story salon in Cape Town created an opportunity for anyone to listen to different stories of people’s experiences of being at home, and to have a meaningful conversation about their own reactions.

This salon was created to maximise the impact of stories to create dialogue across social divides. Visitors were given a list of rules to ensure they got the most out of the event; rules like ‘be respectful’, ‘be aware of your privilege’ and ‘listen to hear, not just to respond’. This was a rare chance to hear the stories of real people and engage with them deeply and authentically.

Despite early apprehension, storytellers became more confident as the event progressed. They enjoyed having the platform for meaningful conversation about their stories, and visitors were invariably moved by the occasion. Afterwards, visitors recorded video messages addressed to the City of Cape Town and what they hoped could change. Prejudices and assumptions were challenged and visitors left with a greater understanding of the true stories of refugees and other migrants in South Africa, and of their common ground. 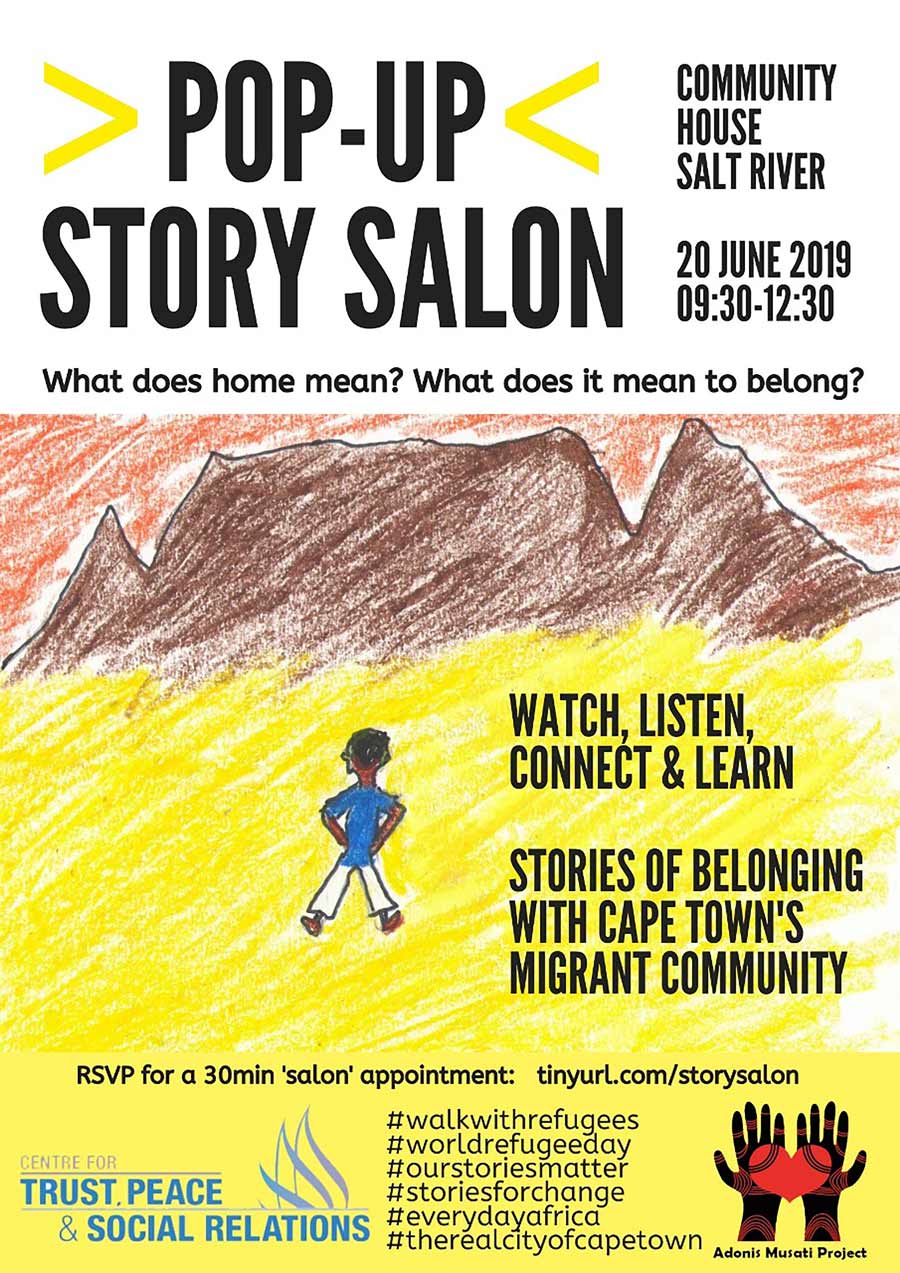 Dr Wheeler’s research is fundamentally practical, involving a high level of participation from both the researchers and their subjects. It relies on using creative methods and storytelling to unpick the negative narratives surrounding migration, refugees, and other marginalised groups. In doing so, we can build narratives and share stories across social divides. Regardless of your age, gender, nationality, ethnicity, or any other socially constructed aspect of your identity, you have a story worth telling which can help build understanding and acceptance of difference.

How can ordinary people introduce inclusive storytelling into their everyday lives?

<> Inclusive storytelling focuses on how you can tell real stories about things that matter to you. Take some time to stop and think about your experiences. Using your creativity will help you express them and make sense of what they mean. Seeking out and listening to genuine stories from others can also be an important way of understanding different points of view.

Dr Joanna Wheeler is a Marie Curie Research Fellow at the Centre for Trust, Peace and Social Relations, Coventry University, UK and Senior Research Fellow, University of Western Cape, South Africa. She has conducted more than 50 storytelling processes around the world, combining personal and collective forms of storytelling.