Health & Medicine
Cell death is part of a natural process by which old cells are replaced by new, but it can also result from disease or injury. There are still many aspects of this process which are not fully understood. The laboratory of Dr Jason Karch, Baylor College of Medicine, aims to increase comprehension of the mechanisms behind cell death. If these pathways can be better understood, it paves the way for the development of novel therapeutics to induce or prevent cell death as required.

Cells are the basic building block of life, responsible for making up the structure of all living organisms. The human body is made from trillions of cells, each of which has its own specialised function. This includes cells in the heart (cardiomyocytes). Unlike some organs where there is rapid cell turnover (old cells are replaced with new ones), the same cells present at birth continue to help the heart beat through the whole lifespan. As the heart beats an average of 60 times per minute, by the time a person has reached 79 years of age, one heart cell has beaten around 2.5 billion times. In addition, cardiomyocytes work as a team; if one or more cells are damaged, then neighbouring cells will shoulder the burden and take on an added workload. This can often lead to further complications or cell death in the overworked cells, but there is currently no way to replace the cardiomyocytes which have died.

Programmed cell death is a necessary part of maintaining a functioning organism: old defective cells are destroyed and replaced with new, well-functioning cells. However, since cardiomyocytes are long-lived cells with almost no cell turnover, they are naturally resistant to all forms of cell death. The healthy adult human heart defies death by suppressing or reducing molecules that induce cell death (pro-death proteins) and activating or increasing those that inhibit cell death (pro-survival proteins).

As the heart ages, changes occur which predispose the heart to many diseases, including arrhythmias, heart attacks and heart failure. It is estimated that in humans, around 30% of cardiomyocytes are lost between the ages of 20 and 75 years. This helps explain why, along with accumulation of lifestyle-related changes, e.g. high cholesterol or high blood pressure, we are more susceptible to cardiac disease later in life. The heart has several mechanisms in place to try to reduce these changes. For example, autophagy is a heart-protective process that clears cellular debris and can delay the ageing process; it provides a ‘housekeeping’ service to keep the existing cardiomyocytes as healthy as possible. However, the autophagy process also decreases as we age.

Since cardiomyocytes are long-lived cells with almost no cell turnover, they are naturally resistant to all forms of cell death.

We already know that, following a heart attack, the sooner the blockage causing the episode can be removed – and thus the oxygen supply to the heart ensured – the better. If this reperfusion process happens within around 15 minutes, nearly all of the heart muscle can be saved. The longer that the blockage remains, the more irreversible injury there is to the heart.

The work of Dr Jason Karch, Baylor College of Medicine, focuses on the pathways that are critical to the execution or survival of cells, particularly cardiomyocytes.

Cellular powerhouses
Within each heart cell there are thousands of energy-producing power plants called mitochondria. Mitochondria are required to produce the vast amount of energy that is required for the cell to beat. Cardiomyocytes, in particular, rely heavily on mitochondrial respiration as a source of energy. Thus, if significant amounts of mitochondria are damaged, the cardiomyocyte will succumb to a process known as regulated necrosis (cell death).

A better understanding of how mitochondria become damaged will hopefully lead to new therapeutic approaches that prevent this damage and fortify heart cell mitochondria in times of stress. This is a major goal of Dr Karch’s research.

Upon the opening of this pore, the mitochondrion becomes unable to produce energy and if it remains open for too long, the mitochondrion suffers irreversible damage. This is because the opening in the membrane allows small molecules to enter the mitochondria and cause swelling. Both cell death through apoptosis (naturally occurring programmed cell death) or necrosis (premature cell death resulting from cell injury) can result from partial or prolonged MPTP opening, respectively.

While modulation of the MPTP has been widely studied, the complete molecular identity of this pore has remained a mystery for decades, making some scientists question its existence.

In recent work, Dr Karch and colleagues genetically removed key components of this pore, which led to the complete inhibition of MPTP opening. The researchers focused on a protein, ANT, which is required to shuttle units of cellular energy (ATP) out of the mitochondria. They found that mouse cells which were deficient in this protein showed a significantly reduced ability to produce energy. Moreover, MPTP activity was also abolished, suggesting that no MPTP channels were present without ANTs. Indeed, ANT may be the primary pore-forming component of the MPTP. This work was carried out in mouse embryonic cells; therefore, much more work is required to translate this to the human body. However, it does shed light on the molecular composition of the MPTP.

This work has moved us one big step closer to finally identifying the molecular components of the MPTP.

In vivo, mitochondria lacking ANT are highly resistant to MPTP opening, suggesting a ‘multi-pore model’ where the MPTP is composed of multiple distinct components. Dr Karch surmises that this unknown second molecule requires a protein called cyclophilin-D (CypD), as mice that lack CypD are also resistant to pore opening, and mice without ANTs and CypD cannot undergo mitochondrial permeability transition. Interestingly, necrotic cell death is reduced in mice lacking CypD, while programmed cell death via apoptosis still occurs. This suggests that MPTP is primarily involved in aberrant pathological cell death rather than naturally occurring cell death. Further work is still required to identify the additional CypD-dependent component of the MPTP. This work that uncovered the existence of multiple pore-forming MPTP components is crucial. Until now, the lack of this knowledge may have led to an underestimation of the contribution of MPTP-dependent damage to cardiomyocytes during ischemic injury. This is likely due to the compensatory activity of the remaining components upon inhibition or deletion of others. Similarly, this likely impeded the ability to identify every component of the pore.

This study has important implications for novel therapeutics, as inhibition of Bax/Bak offers a possible way to prevent acute necrotic cell death following ischemic injury. This is of critical importance as disease of the coronary arteries, which carry blood to the heart, is the most common form of heart disease worldwide.

Conclusions
Dr Karch’s work genetically proves the existence of the MPTP and provides insight into the components of the pore and how they cooperate to regulate its opening. This work has moved us one big step closer to finally identifying the molecular components of the MPTP. Once identified, it will be possible to design novel therapeutic approaches to block MPTP opening during heart attack, therefore preserving mitochondria integrity and function, and protecting the cells of the heart from necrotic death.

Furthermore, abnormal MPTP opening and necrotic cell death has been shown to contribute to other diseases, such as Alzheimer’s disease and muscular dystrophy. Accordingly, the MPTP is a desired clinical target in these diseases as well. Thus, this work and its therapeutic applications extend well beyond diseases of the cardiovascular system.

What other cardiomyocyte-related projects are you working on currently?

<> In the attempt to identify novel regulators of necrotic cell death, I previously performed multiple gain-of-function genome-wide screens during my post-doctoral training. As a result of these screening efforts, we identified numerous proteins as regulators of necrosis induced by calcium overload. Additionally, we identified a shorter list of proteins that, when over-expressed, lead to cell death in the absence of an added insult. We are currently defining the mechanisms of how these putative regulators protect or induce cell death and their role in the heart. 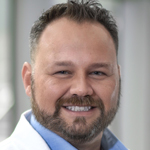 Dr Karch and his laboratory research the mechanisms behind cell death in order to better understand and manipulate the execution of cardiomyocytes.