Biology
In the plant kingdom, disease is an exception rather than a rule. That is because plants have an immune system. A plants’ immune system consists of several signalling pathways that act together to counteract microbial pathogens. However, there is not enough known about the subcellular pathways that allow proteins to move within and out of the plant cell and ward off bacterial plant pathogens. Dr Clemencia Rojas, Assistant Professor in the Department of Entomology and Plant Pathology at the University of Arkansas, investigates how various plant proteins function in different subcellular compartments, to defend against bacteria.

In nature, plants coexist with other organisms, including microbes. Plant-microbe interactions can sometimes be mutually beneficial, but at other times be damaging, leading to plant disease. However, disease is generally an exception rather than a rule, because plants have an innate immune system that allows them to defend against potential disease-causing microbes. Plant immunity is complex and hundreds of proteins participate in this process. Plant immune proteins interact in multiple configurations and also interact with proteins produced by pathogens. Understanding how specific immune proteins interact and move within and out of the plant cell to combat pathogenic bacteria, is the focus of research efforts by Dr Clemencia Rojas and her collaborators. 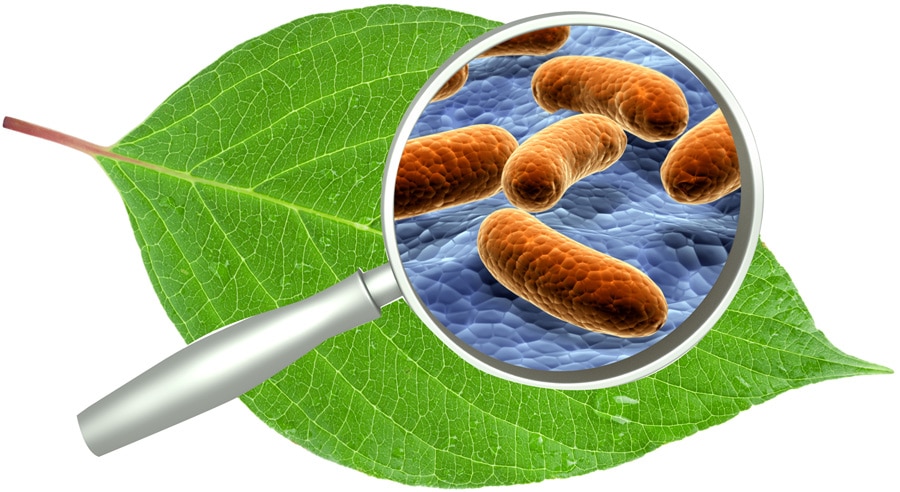 Chemical warfare
The interaction between plants and pathogenic bacteria can be described as an arms race, whereby the bacteria try to inject toxic molecules that can potentially cause plant cell death, and plants try to out-manoeuvre the bacteria by either secreting antimicrobial proteins, strengthening physical barriers, or suppressing the function of toxic bacterial proteins. The specific output of an interaction between a plant and a pathogen depends on combinations of these factors. Over time, plant immunity has evolved to allow plants to recognise and defend against specific bacteria, and in turn, pathogenic bacteria have evolved to evade plant defences.

Plant immunity is complex, with many interacting protein components from the bacteria and the plant.

Pseudomonas syringae is a type of bacterium with many variants that can infect over 70 plant species. Some variants of this bacteria can cause disease in specific plants, whereas other variants of the same bacteria do not cause disease on these plants. The complexity of the outcome of such plant-pathogen interactions is determined by a suite of proteins that are injected by the bacteria into the plant, and another complement of proteins that function in plants to either suppress, evade, or activate plant responses to the invading bacteria.

It is now known that protein-protein interactions, along with other signalling molecules, play a complex role in determining the fate of the pathogen and the plant. Every eukaryotic cell has membrane-bound compartments where specific proteins and chemical reactions occur. In plants, these include organelles such as chloroplasts, mitochondria and nucleus, as well as other compartments that are collectively called the endomembrane system. The movement of proteins between these compartments and out of the plant cell plays an important role in the complex immune system, but there is still not enough evidence to know how these processes occur. It is also not clear how bacterial proteins interfere with the movement of plant proteins, to suppress defence responses and result in disease.

Defence proteins strengthening the cell wall
When a plant provides a suitable environment for a pathogen to grow in, it is called a host plant, whereas a non-host plant is resistant to the pathogen and has enhanced defence responses. Dr Rojas’ research has previously identified specific proteins in the model plant Arabidopsis thaliana; these regulate non-host defence responses towards an incompatible (unable to cause disease) bacterial plant pathogen, Pseudomonas syringae pv. tabaci. Their study identified special proteins (from the non-host resistance protein 2 [NHR2] family) that were predominantly located in the chloroplast.

By using “normal” (wild-type) Arabidopsis thaliana plants that had a full complement of genes and comparing it with mutant plants that lacked NHR2 genes, Dr Rojas, along with her collaborators Kiran Mysore, Seonghee Lee, Raksha Singh, and Elison Blancaflor, identified a function for these proteins in strengthening the plant cell wall. The cell wall is a form of pre-formed plant defence, acting as a barrier to invading plant pathogens. Cell wall strengthening by deposition of callose is a hallmark of plant defence responses. Upon pathogen challenge, mutant plants lacking NHR2 genes were almost devoid of callose deposition.

Dr Rojas also observed that the mutant plants developed disease symptoms and supported enhanced growth of Pseudomonas syringae pv. tabaci, compared to wild-type plants that did not display any disease symptoms and prevented the growth of this bacterium. Their observation implied that functional NHR2 proteins are required for a non-host plant to suppress the growth of incompatible bacteria. This was the first study to demonstrate a functional role for these chloroplastic proteins in non-host resistance.

Multi-located protein
A protein in a living cell is made up of amino acids arranged in a specific sequence, which determines the basic properties of the protein. Specific parts of the protein sequence allow it to be localised to different compartments in a cell, and the sequence itself gives a protein its three-dimensional structure and function. Therefore, increased knowledge of the structure of a given protein would reveal more about its location, function, and action.

Given that the amino acid sequence of NHR2 is only similar to proteins with unknown functions in other plants, Dr Rojas’ team had nothing to compare their findings with. This inspired them to study one NHR2 protein (AtNHR2B) from Arabidopsis thaliana in further detail, to better understand what the biochemical properties of the protein were. Their studies focused on understanding the function of different parts of the AtNHR2B protein. Using different computer databases, the team identified several interesting regions of the protein that determined where in the cell the protein would be located, and therefore function. They subsequently discovered through experiments that AtNHR2B is capable of being located in chloroplasts and other subcellular membrane-bound compartments. This multi-location ability of a single protein suggests that this protein has multiple functions in plant immunity.

Solving the jigsaw
Dr Rojas’ team will now utilise funding from a NSF CAREER award, to expand and build on her previous research. The award aims to identify the proteins that are secreted from non-host Arabidopsis thaliana plant cells in response to an incompatible bacterial pathogen. The team will also investigate the function of the NHR2 proteins in the chloroplast and the nucleus, and the roles they play in defence signalling. The puzzle will be completed when the researchers find out how some plant pathogenic bacteria might interfere with these plant defences in a host, thereby causing disease.

Dr Rojas will achieve these aims with her current team members of postdocs and graduate students, as well as other undergraduate students that she hopes to recruit, particularly from the Hispanic community. Undergraduate students will be trained as summer interns in her laboratory in various aspects of this project. They will not only be involved in planning and choosing their work, but also conducting the experiments as they are trained to be scientists.

As part of her CAREER proposal, Dr Rojas will also develop an online course for Hispanic serving institutions. In this way, the project will integrate teaching and outreach activities aimed at increasing representation of Hispanics in STEM-related subjects. What do you think will be the biggest challenge in your research project?

<> In this project we are planning to engineer proteins of interest to make them fluorescent so we can track them in living cells. Observing those proteins will be challenging because plants already have high levels of fluorescence. We will need to try different ways to do it.

How do you foresee this being used in agriculture?
The knowledge gained from this project will allow us to develop crop plants that are broadly resistant to pathogens. For example, with current technologies it is possible to manipulate the expression of NHR2 such that this protein becomes a sentinel for pathogens in the environment. 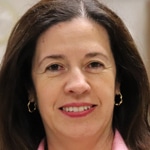 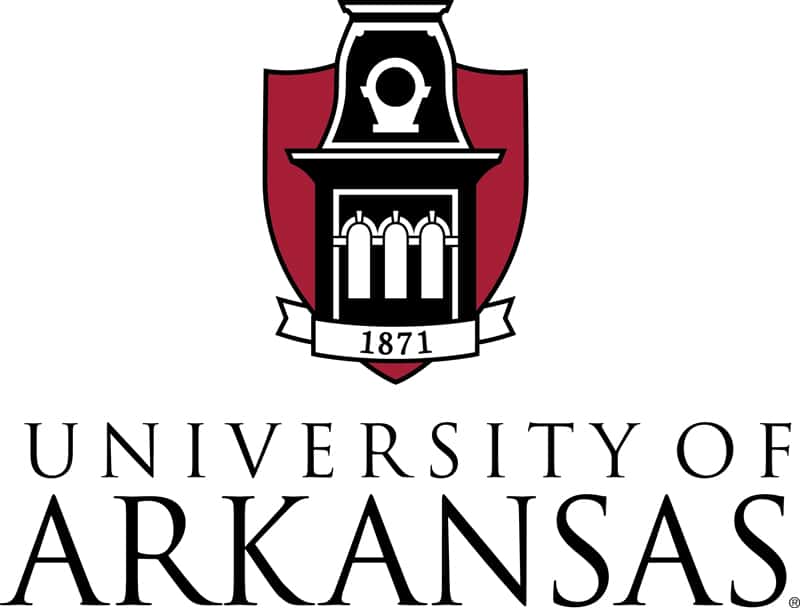