Engineering & Technology
Devised to describe botanical shapes by Dr Johan Gielis, visiting Professor at the University of Antwerp, the Superformula has found applications across many areas of mathematics, science and technology. Dr Gielis’ single equation, which provides a unified description of abstract, natural and man-made shapes, from triangles to spirals, has now been tested on more than 50,000 specimens, and his original research paper has been cited so many times that the author has created a database to inspire and enable further applications across scientific disciplines.

Twenty-five years ago, Dr Johan Gielis proposed to use Lamé curves, also known as superellipses, to model the cross section of the square bamboo. A year later he generalised the equation. In 2003, he was invited to submit a Special Paper to the American Journal of Botany; ‘A generic geometric transformation that unifies a wide range of natural and abstract shapes’ now lies in the top 2% of most cited scientific papers of all time.

While the Superformula has its origins in the description of botanical shapes, it is a fundamental equation that can be applied in many areas. The past two decades have seen it used in a variety of published papers, books, theses and patents, in the fields of mathematics, physics, biology, technology and education.

It has had widespread influence and impact across the scientific community and in 2020 Dr Gielis aimed to maximise that impact by creating a database and overview of those many references and applications.

Lamé curves to Superformula
In 1818, French mathematician Gabriel Lamé generalised the equation of the ellipse to create ‘superellipses’ – closed curves that are symmetrical across both axes – which became known as Lamé curves. Lamé was also the first person to consider using such curves to describe crystals, paving the way for them to be deployed within the natural sciences.

This single equation, a generalisation of circles and the Pythagorean Theorem, unifies an extensive range of both natural and abstract shapes.

Dr Gielis, whose background is in botany, first made the connection between Lamé curves and natural shapes based on his modelling of the cross section of the square bamboo, Chimonobambusa quadrangularis. He quickly identified a major drawback to the use of superellipses, however, as they are limited to fourfold symmetry: that is, they can describe circles, squares and rectangles, but not triangles or pentagons. More than 180 years after Lamé’s application of the superellipse to crystals, Dr Gielis made the logical extension of taking Lamé’s equation and generalising it for use with any symmetry, creating a ‘Superformula’. This single equation, a generalisation of circles and the Pythagorean Theorem, unifies an extensive range of both natural and abstract shapes. Although it was developed for the description of botanical shapes, Dr Gielis’ Superformula is a fundamental equation that has many applications in mathematics, physics, biology, technology and education. These span from the very small (nanotech and quantum) to the very large (galaxies and spacetime itself), and notably include the Lorentz-Fitzgerald transformations from Special Relativity Theory.

As a result, since its publication in 2003, Dr Gielis’s American Journal of Botany paper has been cited more than 500 times. Initially named the Superformula, in keeping with the theme of supercircles and superellipses, mathematicians renamed it ‘Gielis Transformations’. This has enabled ‘Gielis’ to become an acronym for Geometric (or Generalized) Intrinsic and Extrinsic Lengths In Submanifolds.

From analogy to scientific methodology
Dr Gielis explains that his original connection of Lamé curves with natural shapes was a visual analogy or a hypothesis. The researchers have now tested that hypothesis on more than 50,000 biological specimens including tree rings, leaves, seeds, starfish, and the roots and shoots of bamboo. Their findings have been published in more 20 papers, comfortably validating the formula, and also confirming existence of a general formula for calculating leaf area for different leaf shapes. In one significant development in 2020, more than 1400 sections of square bamboo were scanned; all the inner and outer shapes fitted with the Superformula.

Although they are often in disguise, circles and straight lines form the basis of science; we find them in forces, distances, electricity, light, sound, wireless and statistics, underpinning major scientific theories. Tests on 50,000 specimens, however, leads Dr Gielis to observe that in botany and biology very few, if any, circles or ellipses naturally occur. In contrast, supercircles, superellipses and supershapes are found everywhere. These scientific results demonstrate that circles and spirals are the exception in nature, not the rule.

This testing has also demonstrated that the Superformula’s few parameters are sufficient to accurately describe shape and size, potentially putting cumbersome, complex models with many variables out of business. Indeed, only two to four parameters are needed to accurately describe many natural shapes and the main functional characteristics of all the specimens analysed. From the initial analogy, Gielis curves and Transformations now provide a full scientific methodology for describing natural shapes.

Science in action
The Superformula is now known worldwide and has been cited in countries across Europe, the Americas, Asia and Africa. It was initially embraced by the field of mathematics, finding applications in differential geometry, variational calculus, boundary value problems and the field of minimal surfaces, and has since been increasingly been applied across a breadth of disciplines. One such is computer aided design (CAD).

Where previously researchers only had access to a few basic shapes, (chosen from the drop-down menus of CAD software), the Superformula has opened the door for new approaches. Antenna shapes and nanostructures are such examples where, instead of using different shapes, new designs can be based on a single family of shapes that can be perpetually transformed into one another.

A range of applications have already been commercialised and the 2003 paper has been cited more than 60 times in patents. These include computer graphics software products. Deploying the Superformula means that complex graphic designs can be created using a fraction of the code and processing power of similar programs, leading to efficiencies in file size and processing speeds, for example procedural modelling for games as used by www.changingthe.game.

Citations in psychology and cognitive science papers indicate the application of the Superformula in these less obvious fields, showing how it can change our perception of shapes based on similarity rather than differences.

The Superformula has also been promoted throughout mathematics education. It appears in many popular books, and it is used in school software packages including Geogebra and Sketchpad. It appears in higher education courses around the world, and in software applications such as Mathematica, Matlab and Maple. It also features in the mathematical background covered on courses for game developers and for sound engineers.

The approaches biology had adopted from physics, based on circles and straight lines, were too complex.

Bridging the Great Divide
The original Superformula paper is extremely highly cited and the references come from many directions: from quantum to astronomy, from mechanical design to nano-optics, and from pure math to algorithms for the best buy. Seeing this diversity of applications Dr Gielis, with the help of his son, used bibliometric data and citation indices to compile a database of more than 500 scientific articles that cite his 2003 paper. His motivation was to bridge the ‘Great Divide’ – the tendency of new discoveries to stimulate either broad application in many directions or deep research in the field where it was discovered. Dr Gielis intends the database as a tool to enable researchers to look out across other fields to better understand their own.

To enable this, the database divides the use of the formula into Mathematics, Science and Technology, with Science further subdivided into biology, psychology and physics, and Technology divided into six areas: antennas, electronics and metamaterials; nanotechnology; applied physics; mechanics and mechanotronics; computer graphics and modelling; and computer vision and datamining. His 2021 paper ‘GIELIS Transformations and their impact on science and technology’, gives a detailed overview of these sub-disciplines to demonstrate the many ways the Superformula is, and could be, applied.

Dr Gielis’ realisation twenty-five years ago was that the approaches biology had adopted from physics, based on circles and straight lines, were too complex. Instead of the traditional complex description of shapes using infinite series, his compact Superformula has bridged the gap between the old and new, and in so doing has created new paths for discovery and understanding across multiple scientific fields.

In May 2003, after publication of the original paper, the American Mathematical Society Math in the media section reviewed some of the many responses to Gielis’ work. They concluded he was ‘A botanical Kepler awaiting his Newton’ – Kepler had found a uniform description for the motion of planets using ellipses and this was the inspiration for Newton to develop his laws of motion, three quarters of a century later.

The comparison implies the high expectation that arose from the publication of the Gielis Transformations. Gielis himself comments that, twenty years on, he has not found his Newton yet: but revolutions in science take time.

What initially inspired you to make the original connection between Lamé curves and natural shapes?

<>
Bamboos are remarkable plants. They have hollow culms and only shallow root systems, yet tropical bamboos can withstand tropical storms and temperate bamboos can bend towards the ground under snow cover without breaking. When I read about superellipses, I noticed the connection with square bamboos of the genus Chimonobambusa, whose culms have such superelliptical cross sections. Chimono- means winter; they are the only bamboos with new shoots in autumn, not spring or summer, and the shape of the culm aids in counteracting forces of bending and torsion, due to wind, rain and snow. It turned out to be a beautiful example of optimisation in nature. After this we found superelliptic shapes in botany everywhere. With the Superformula, we went from botany to physics, and to the great and the small. 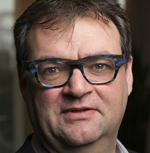 Johan’s background is botany and plant biotechnology, but his direction changed to geometry and mathematics in the past 20 years. He is co-founder of Genicap Beheer BV, developing technological and commercial applications based on the Superformula and Gielis Transformations.

Dr Gielis’ long-term objective is to promote the use of the Superformula in science, education and technology, with many partners worldwide. 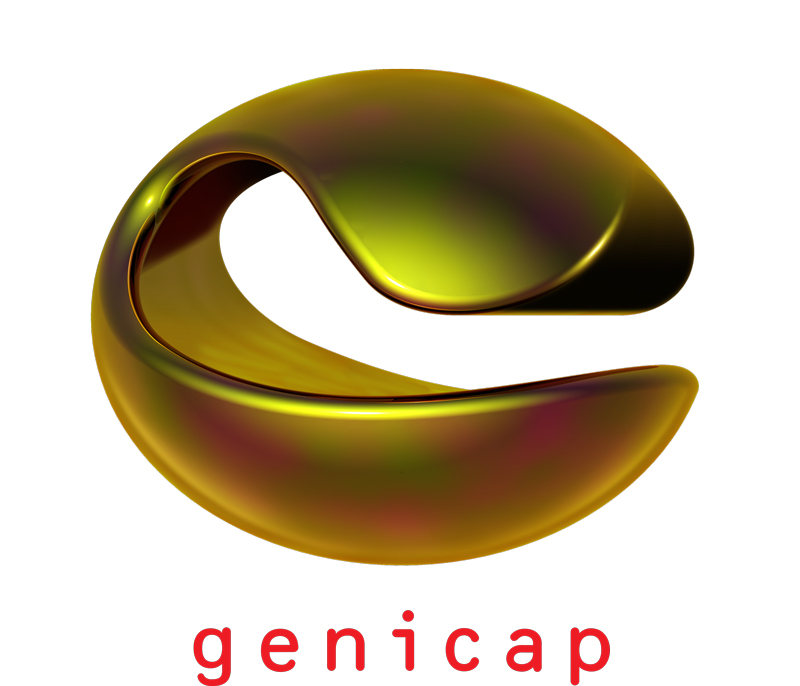