Earth & Environment
Dr Aviv Segev, Professor at the University of South Alabama, is researching the knowledge-related activity of forests. While trees do not have neurons, they can build a communication network, and Dr Segev analyses their use of the resources needed for survival. This study demonstrates that neuron-like relations occur in a forest knowledge-processing system. Results demonstrate that trees use mechanisms analogous to neural network knowledge processing, and communicating knowledge in forests resembles the communication between neurons in the brain when trying to optimise a decision.

Neurons are recognised as the basic cells that process and transmit information, communicating with other neurons and cell types through connections known as synapses. While trees and neurons share a similar structure, as well as neurotransmitter-like substances, there is no evidence to suggest that plants possess structures such as neurons, synapses, or a brain. Researchers have, however, identified several types of interplant communication.

Signal processing among trees has been well documented, with Salix sitchensis trees responding to signals generated by other trees under attack from tent caterpillars and webworms. Communication between plants also occurs from leaves of one species to leaves of another, when it is necessary to activate the expression of defensive genes. In ecological communities, species can construct complex plant-fungus networks of communication. Researchers have also analysed plant communication via airborne signals. Moreover, plants can be said to have memory that is related to their plasticity; that is, reversible changes in their behaviour that can be altered by experience and environmental factors. Nonetheless, we still don’t know very much about the mechanisms that facilitate plant communication and enable plant emitters and receivers.

Dr Aviv Segev, Professor in the School of Computing at the University of South Alabama, is bridging this knowledge gap through his analysis of the knowledge-related activity of forests. Where traditionally researchers view each plant as an independent mechanism, Dr Segev considers the forest as a system that is collectively processing, storing, and learning from information.

The forest as a network
This research demonstrates how viewing a forest as a network helps to explain the benefit of communication for resource optimisation. It introduces the idea that a forest endeavours to optimise its resources by directing each tree’s survival goal accordingly. Comparing a forest network with a neural network reveals similarities in the physical structure as well as some of the functional properties of the networks. Where previously it was inconceivable that a network of trees could have the ability to process information, Dr Segev uncovers how a forest can behave like a biological neural network and make decisions concerning its use of resources.

Viewing a forest as a network helps to explain the benefit of communication for resource optimisation.

Knowledge processing and resection
In this study, knowledge processing is defined as ‘the analysis of information intended to try to optimise the use of available resources’. The philosophical argument of whether trees ‘think’ is circumvented by the researcher’s analysis of the use of resources required to survive. Neuron brain activity enables animals to process their knowledge of available resources. Although trees do not have neurons, they can build a communication network, so their use of the resources needed for their survival – such as light, nutrients, and water – can be analysed.

Dr Segev selected to analyse communication between trees in forests, with particular regard to their attempts to optimise the use of sunlight. This study was inspired by epilepsy resection, where a set of neurons is removed from the brain to enable the neurons in the surrounding area to become less active and resume normal neuron activity. To emulate this procedure, Dr Segev examined areas of forest where sections of trees had been removed to form trails.

Analysis
The research team analysed 323 forests in 19 different national forest locations across the US. ArcGIS, a spatial analysis tool, was used to calculate canopy coverage and distance from trails using deterministic and geo-statistical techniques. The researchers sampled 2802 trails in these forests and analysed the degradation and regeneration of the forest canopy coverage in the surrounding areas, up to 450m from each trail. The behaviour of the trees on both sides of the trails was observed, together with the change in the use of light as the distance from the trails increased.

This analysis revealed that, as with the surrounding neurons in an epilepsy resection, these forest resections cause nearby trees to become less active, and thereby less efficient at processing knowledge. Dr Segev explains that, while resection in the brain results in hyper-acting neurons resuming normal activity, in trees it ‘falls down to abnormal activity’.

A forest knowledge-processing system
Overall, the forest canopy was found to increase logarithmically as the distance from the resection increased. This suggests that, after resection, the trees attempt to form independent entities, with each part of the forest performing network knowledge processing in an effort to optimise their access to light. The researchers observed some exceptions to this pattern, with forest structures similar to the neuron semi-sphere structures that occur in brain tumours, demonstrating that neuron-like relations can occur in a forest knowledge-processing system.

A manual analysis of those cases where the forests’ canopy coverage did not increase with increasing distance from the trails, uncovered several explanations. The most common reason involved large bodies of water, such as lakes or rivers, close to the trail. Other reasons included manmade areas without trees – used for agriculture, residences, and roads – and a mountain cliff where the sharp drop in height was an unfavourable environment for tree canopies.

The network between trees
prioritises the resource optimisation of the forest over that of a single tree.

The results also show that the forest canopies were affected by logging, and they offer an explanation for the increased damage as well as the regrowth pattern in both the natural and logging gaps. Examining canopy damage and ground disturbance in skid trails used by logging equipment to remove logs and tree-fall gaps showed that the damage can be much deeper than shown in previous studies. Furthermore, the forests’ recovery process is similar to the recovery of a neural network from an error value, a process known as ‘readjusting the weights’ of the neural network.

Similar knowledge transmission
The network structure and behaviour demonstrate the similarity between forest trees and human neurons in transmitting knowledge. Both networks have similar abilities enabling them to process knowledge concerning available resources and concurrently optimise their use. Moreover, just as a neuron prioritises the resource needs of the network over its own needs, this research demonstrates that the network between trees prioritises the resource optimisation of the forest over that of a single tree. These results show that the communication of knowledge in forests is analogous to the communication between neurons in the brain when trying to optimise a decision.

This research highlights how the optimisation of canopy coverage over the entire forest arises from a process of shared knowledge among all the trees. Every interference in each part of the network is transmitted, and results in the entire network trying to overcome loss and reoptimise the use of resources.

An important aspect of this research is that it facilitates the analysis of neuron-like behaviour in an environment that processes knowledge far slower than human neurons. While the nature-inspired knowledge processing demonstrated in the forest environment has similar characteristics to brain neuron processing, it is easier to manipulate and control, making it a potential vehicle for understanding and solving a variety of problems in knowledge modelling.

What prompted you to study the forest as a system rather than examining the behaviour of individual trees?

<>
Looking for an underlying model for knowledge which expands across domains, you want to identify a system most people agree can process knowledge, a brain, and compare it to another system with many similar components and show it processes information. Analysing individual trees is like analysing different biological systems instead of similar ones. Furthermore, the idea of analysing a single tree as a system that processes knowledge with a mechanism like neurons was suggested by Darwin. So far, botanists haven’t been able to successfully show any system similar to neurons in an individual tree. This is why I approached the issue from a computer science perspective. 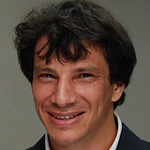 Aviv Segev spends his time looking for the DNA of knowledge, an underlying structure common to all knowledge, through analysis of knowledge models in natural sciences, knowledge processing in natural and artificial neural networks, and knowledge mapping between different knowledge domains. Find him at University of South Alabama, Computer Science Department.

Dr Aviv Segev is researching communication and resource sharing in forests, and finds it analogous to a neural network. 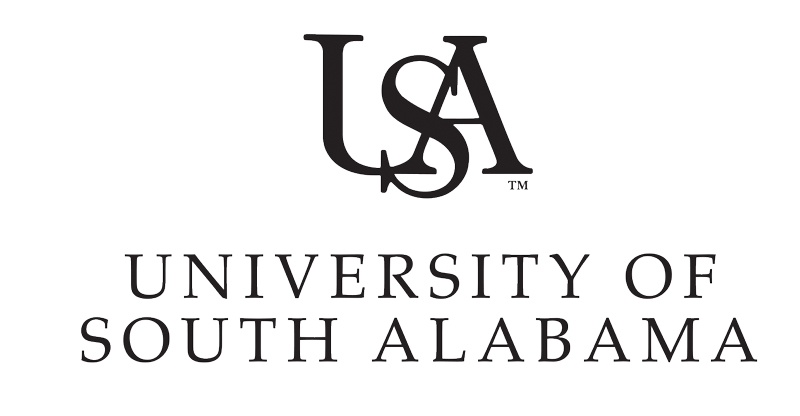