Health & Medicine
The effects of a mother’s age, health and habits upon her offspring are well documented. However, far less attention has been paid to fathers. Dr Bernard Robaire, Professor at McGill University, Montréal, Canada, believes male reproductive health may be just as important for future generations as that of females, with a father’s age, health and exposure to chemicals all having an impact on the quality and genetic makeup of his sperm – and ultimately the fitness of his children.

Women today are showered with advice regarding their reproductive health and the health of their future children. Some of the stories you hear typically include: ‘older mothers are more at risk of fetal abnormalities’; ‘don’t drink alcohol, smoke, or eat soft cheese during pregnancy’; ‘take folic acid when you’re trying to conceive’; ‘avoid exposure to chemicals such as pesticides’, etc. This is all good advice, of course, but how about the fathers – do they get off scot-free? Well, not for much longer! Dr Bernard Robaire’s research is set to overturn the predominant view that a man’s age, health and habits have little impact upon his future offspring. Bad news for fathers-to-be, perhaps, but good news for the accuracy of reproductive health guidelines.

Little swimmers
Unlike a woman’s eggs, which are all present in her body at birth and released gradually throughout her lifetime, sperm – the carriers of genetic information from the male parent – are continuously produced throughout a man’s life – at a rate of about 1000 every time his heart beats. The male sex organs, the testes, are filled with coiled tubes called ‘seminiferous tubules’ – which are lined with sperm stem cells that divide to produce sperm – and sperm nurse cells (‘Sertoli cells’), which regulate the process, under the control of sex hormones such as testosterone.

As sperm mature they pass through the tubules and are stored until they are ready to be released. It was previously thought that their constant manufacture rendered sperm relatively immune to the kind of damage that can accumulate in a woman’s eggs over her lifetime. However, Dr Robaire’s research and that of his colleagues have shown that this is not the case. Exposure to drugs (therapeutic or otherwise), smoking, environmental chemicals, and conditions such as obesity, are now known to have negative effects on a man’s sperm, and, therefore, his children, and these effects may cumulate with age.

The age effect
In today’s society, men and women alike are increasingly delaying parenthood until later in life. Now it seems that this may not be such a good plan. Dr Robaire’s animal studies have shown that the progeny of older male rats have lower weights and are more likely to die in the neonatal period than those of younger fathers. When their sperm were examined, the offspring of the older rats were found to have greater levels of damage to their genetic material, DNA. In humans, older men are reported to have testes containing slower sperm, and a higher proportion of these are abnormal. They also show higher rates of infertility, and their partners take longer to get pregnant and are more likely to miscarry. Increasing numbers of studies have linked paternal age with higher rates of diseases with a complex genetic component, such as autism, ADHD, schizophrenia, and bipolar disorder.

There is mounting evidence linking paternal age with chromosomal and genetic changes in offspring, increasing the risk of breast cancer, heart defects, and developmental, behavioural and neurological disorders. Furthermore, dominant genetic disorders such as achondroplasia, the most common form of dwarfism, are shown to be more common in the children of older fathers. These genetic changes have been connected to deficits in the cellular mechanisms for repairing damaged DNA, which are essential in cells undergoing genetic recombination such as sperm cells. Dr Robaire’s research has, in turn, linked these failings to defects in the body’s defence against oxidative stress, which can cause mutations in the genetic material. His studies in mice even suggest a possible preventative measure – an antioxidant molecule – which seems to halt the losses associated with increased oxidative stress during ageing.

Sperm are continuously produced throughout a man’s life – at a rate of about 1000 every time his heart beats
Dr Robaire’s research aims to find out exactly how these effects are manifested. His team members are investigating how the components of the male reproductive system, and the different processes involved – hormone production and reception, sperm production, maturation and storage – are impacted by a range of possible environmental factors, and are looking to characterise the molecular mechanisms that mediate these effects.

His current grant, supported by the Canadian Institute of Gender and Health under the Canadian Institutes of Health Research, brings together a team of researchers with complementary expertise, aiming to explore the whole spectrum of impacts male ageing has and to quantify the risks in terms of sperm quality and children’s health. While most previous studies have simply divided their participants into two groups – for instance, older or younger than 45 years – Dr Robaire hopes to conduct more nuanced analyses in both human and animal models, which will enable him to track declines in fertility and perhaps pinpoint a threshold above which risks are significantly increased. He aims to tease out whether the genetic effects of age result from changes in the sperm stem cells themselves, in the environment provided by the seminiferous tubule, or both.

Older men are reported to have testes containing slower sperm, and a higher proportion of these are abnormal

Inescapable impacts?
Although age is a highly significant factor, male fertility is also impacted by environmental chemicals, particularly the so-called ‘endocrine disrupters’ which disturb the balance of hormones throughout the human body. Chemicals such as pesticides, fertilisers, flame retardants and plasticisers can all leach into our environment and, even at minute quantities, have toxic effects – particularly at certain stages of development. For instance, brominated flame retardants from soft furnishings accumulate in the household dust that we are exposed to every day. Dr Robaire is working with a wide-ranging team at McGill University to understand more about the risks these chemicals pose, their mechanism of action, and to develop safer alternatives and precautionary standards and policies to protect our reproductive health.

With an ageing population and increasing rates of delayed parenthood, Dr Robaire and his colleagues’ research into all aspects of male fertility will facilitate reproductive counselling and suggest changes men can make now, to promote the health of their children and decrease the impact of disease on future generations.

Why do you think men’s reproductive health has been so little investigated compared to women’s?
<>There are probably many factors. For example, the fact that men can continue to have children, even into old age, while women lose the ability to have children after menopause has given the impression that good sperm keep on being made throughout life. The traditional concept that the reproductive burden lies with women, not men, is likely a social factor that has weighed in. The complexity of understanding the ongoing process of sperm production is also likely to have played a role. The fact that most investigators in the field of reproduction were men in the past may have played a role too, but I do not think that this is the case today.

How does the population of sperm in a man’s testes change as he gets older?
<>There is a debate as to whether the number of sperm produced actually decreases with age, but there is little doubt that the quality of sperm does go down as men age. By quality I include sperm motility, their appearance and the integrity of their DNA and its packaging.

There is little doubt that the quality of sperm (motility, appearance and DNA integrity) does go down as men age

Do you think sperm quality declines linearly, or declines suddenly after a certain age?
<>All the studies to date indicate that this is a steady, slow process – there is no indication of a rapid change at a particular age.

Is there a relationship between the different factors that affect sperm quality? For instance, does the effect of chemicals on sperm cumulate as men age?
<>Few studies have looked at a combination of factors such as age, obesity, or exposure to chemicals that could affect sperm. However, there is no reason to think that these would not be cumulative.

If you were hoping to father children, what would be the most important thing you could do now to protect their future health?
<>Do not smoke! Keep your weight down. Have your kids at a younger age, preferably before 35. 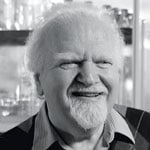 Bernard Robaire received his BA from UCLA and his PhD from McGill University. After a postdoctoral fellowship at Johns Hopkins University, he returned to McGill to take up a joint appointment in the Departments of Pharmacology & Therapeutics and of Obstetrics & Gynaecology where he has remained and is currently a James McGill Professor.

Dr Robaire’s research interests focus on male-mediated reproductive toxicology, ageing of the male reproductive system, mechanisms of androgen actions, and the structure, function, and regulation of the epididymis.

Dr Robaire has collaborated with a wide range of colleagues but most notably with Dr Barbara Hales for animal studies on male-mediated reproductive toxicology and Dr Peter Chan for clinical studies.