Health & Medicine
Recent research in medical imaging found that tools based on terahertz (THz) frequency illumination could help map the distribution and movement of water near the surface of body tissues. Dr Warren Grundfest and Dr Zachary Taylor, at The UCLA Henry Samueli School of Engineering and Applied Sciences, are developing a new imaging tool for non-contact high-resolution measurements of corneal hydration. This could be a promising method to accurately detect and study cornea-related diseases and pathologies, such as Fuchs’ endothelial dystrophy, intraocular lens implantation complications and corneal graft rejection.

Terahertz (THz) imaging is an emerging non-destructive scanning and imaging technique used within several settings, ranging from pharmaceutical and biomedical applications, to integrations in tools for security and aerospace industries. Ongoing research in THz for medical imaging has revealed that THz frequency illumination may be ideal for mapping the distribution and movement of water in physiological tissues. This might be particularly useful for quantifying the water content within the corneal tissue which is generally much less heterogenous than other tissue systems in the human body. A group of scientists, engineers and clinicians in California are investigating this possibility, trying to develop an imaging tool that can provide accurate measurements of corneal hydration, to help detect and study corneal disorders.

Imaging corneal disorders
Corneal disorders, such as Fuchs’ endothelial dystrophy, affect a considerable number of people worldwide – particularly within the elderly population. They often result in chronic vision impairment and commonly those affected require surgical intervention. One of the key physiological problems behind these disorders is believed to be an increase in hydration of the corneal tissue, referred to as Corneal Tissue Water Content (CTWC). In fact, many corneal disorders are characterised by an abnormally high CTWC, which causes a swelling of the cornea and subsequent blurring of vision. This makes CTWC an important diagnostic target for doctors and physicians looking to diagnose corneal disorders: not only does it allow the disease to be observed, but it also indicates potential tissue damage. Until now there have been no efficient non-invasive ways of accurately and directly measuring CTWC in situ. New research conducted by the Californian researchers aims to change this.

Dr Taylor and Dr Grundfest are two of these researchers working to develop a non-invasive imaging tool based on THz frequency illumination, which could help measure the hydration levels of the cornea’s tissue. Current methods of measuring CTWC are based on ultrasonic or optical thickness measurements, which can be measured very accurately. However, mapping the cornea’s hydration using these thickness measurements can be extremely inaccurate. Dr Taylor and Dr Grundfest’s newly-developed imaging system would allow scientists and clinicians to acquire spatio-temporal variation maps of CTWC from patients. The method is a direct measurement of water content and therefore avoids the inaccurate and non-specific thickness to water content mappings used by current techniques.

THz medical imaging might be particularly suitable to measure water content in the cornea because its tissue structure and geometry is generally much less varied than any other tissue in the body (e.g., in the lungs, liver, etc). Furthermore, this variation is typically less than the wavelength of the target THz illumination enabling researchers to treat the cornea as a perfectly spherical, hydrated film sitting on top of a body of water (aqueous humour).

Initial testing
Before they began developing their imaging tool, Dr Taylor and Dr Grundfest studied the cornea and its electromagnetic properties extensively. From this, they proposed the first ever CTWC gradient models, as well as devised ways to identify CTWC from variations in THz reflectivity. The team initially tested their new imaging tool on the corneas of live rabbits. They attempted to measure their CTWC using a custom-built THz imaging system and millimetre-wave reflectometer and explored correlations between the imaging data and central corneal thickness (CCT) measurements.

Initial results were very promising but revealed unanticipated electromagnetic properties. Data from the millimetre wave measurements correlated well with CCT, while the THz and CCT measurements demonstrated no correlation. From their findings, the procedure appeared to alter the thickness of the cornea but not the CTWC. This perturbation in thickness, combined with the constant corneal water content, created a standing wave resolvable with the millimetre wave system and unresolvable with the THz system. This is the first experimental validation of a long-held belief that trends in CCT are not necessarily associated with changes in CTWC.

Two key concepts were extracted from this initial work. Firstly, the cornea is an optical thin film at THz frequencies. Secondly, successful clinical translation of the technology will require non-contact measurements; a mode of operation generally not possible at THz frequencies.

Trial and error: further testing
To address the challenges identified in the first stage of work, Dr Taylor teamed up with researchers from TU Delft in the Netherlands, Chalmers University in Gothenburg, Sweden and VTT in Helsinki, Finland. A new optical system was designed, constructed and tested in partnership with colleagues specialising in physical optics. Pilot testing of the system was completed on a group of volunteers, which informed modification in preparation for upcoming pilot clinical trials. This work has produced what is believed to be the first non-contact THz image of a live human’s cornea ever to be published.

A promising technology
Through their initial studies, Dr Taylor and Dr Grundfest collected a number of observations that will be useful for the research community and their development of THz frequency, ophthalmologic imaging tools. Their research has been met with a huge degree of excitement by the scientific community, with two of their research studies receiving the 2015 Terahertz Best Paper Award, in May last year.

If perfected in a way that allows for accurate imaging and measurements of CTWC, Dr Taylor and Dr Grundfest’s imaging tool could make a real difference to the way corneal disorders are diagnosed and studied. The aim is to provide a non-invasive and accurate way of measuring hydration of the corneal tissue – something that is not yet possible. Not only does this research offer a more efficient way of diagnosing corneal disorders, but also of exploring the relation between specific disorders and the tissue’s CTWC.

When and how did you first start developing the THz-based imaging tool to measure corneal hydration?

What do you feel have been your most promising findings so far?

Who do you believe could benefit the most from future applications of the tool developed through your research, and why?

How long do you think it might take for your tool to enter healthcare settings and what remains to be done until then?

What are your plans for future research and investigation? 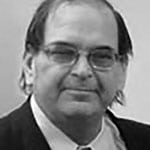 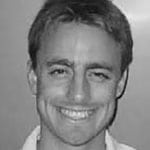 Dr Grundfest received his BA from Swarthmore College in 1974, before completing his MD at Columbia University in 1980. He completed his Surgery Residency at the Cedars-Sinai Medical Center, and is currently a Professor at UCLA in the Departments of Bioengineering, Electrical Engineering and Surgery.

Dr Taylor received his BS in electrical engineering from UCLA in 2004. He later went on to study the same discipline at the MS and PhD level at UCSB. He currently works as an Adjunct Assistant Professor at UCLA in the Departments of Bioengineering, Electrical Engineering, and Surgery.

Dr Taylor and Dr Grundfest’s research focuses on developing a new imaging tool for non-contact, high resolution measurements of corneal hydration. Their collaboration since 2011 at The UCLA Henry Samueli School of Engineering and Applied Sciences has led to many publications and the Terahertz Best Paper Award in 2015.