Health & Medicine
The biological underpinnings of human mental processes involved in acquiring knowledge, processing information and understanding experiences, have been substantially investigated throughout the years. Prof Christian Beste, working at University Hospital Carl Gustav Carus, in Dresden, Germany, has carried out extensive research to try and understand the neural underpinnings of human goal-directed behaviour. His studies are based both on clinical and empirical observations, as he believes an integration of both might lead to more exhaustive results.

The biological underpinnings of cognitive control, the mental function that allows individuals to multitask, perform goal-directed activities such as driving or preparing a meal, and develop strategies to cope when working on a number of things simultaneously, are not yet fully understood. Research in cognitive psychology and neuroscience has been thoroughly investigating the mental processes involved in cognitive control, trying to identify the parts of the brain and neurobiological processes associated with them.

Cognitive psychology and its links to biology
For many years, scientists have studied and tried to identify the mental mechanisms underlying human beings’ behaviour and actions. In psychology, these are referred to as cognitive processes and include all mental processes involved in language use, attention, memory, perception, thinking, and problem solving. Cognitive psychology research is of particular importance as it aims to develop theories explaining the underpinnings of mental processes that occur in healthy individuals, as well as particular disturbances of these observed in those affected by particular medical or psychiatric disorders. Once these theories are developed, neuroscientific studies can then try to link them to actual biological processes occurring in the brain, which can help to develop effective treatments for particular cognitive impairments or shed light on the biological dynamics behind them.

Integrating research and clinical work
Throughout his career, Prof Beste has worked on investigating the neurobiological foundations of cognitive processes. As a student, he worked as an undergraduate research assistant in a Neurological department of the University Hospital (Ruhr-Universität Bochum) and at the Institute for Cognitive Neuroscience, Department of Biopsychology (Ruhr-Universität Bochum). Prof Beste explains: “I did both (basic research and practical clinical work), because I felt that both ‘sides’ are important to integrate and that each of these sides can ‘learn’ so much from each other by simply trying to incorporate the ‘other perspective’.”

At the time, his work focused on the neuropsychological diagnostics of neurodegenerative diseases, such as Parkinson’s disease (PD) and Huntington Disease (HD), progressive diseases of the nervous system characterised by a variety of symptoms, including jerky body movements and cognitive impairments. “I became frustrated by the very apparent oversight that diagnostic procedures were not orientated and constrained by the underlying pathoneurophysiology and changes in structural neuroanatomy of the different disease,” says Beste.

Motivated to read more about the anatomy and neurophysiology of the ‘basal ganglia’, part of the brain that has been found to be associated with HD and PD, Prof Beste came across theories by Prof Peter Redgrave and colleagues, identifying the basal ganglia as playing a central role for those processes required to decide between different options or different ways to act. “I was really fascinated by this work, which stands very much in contrast to ‘research traditions’, that focus on the importance of the neocortex in these basic cognitive functions,” says Prof Beste. Inspired by this research, Prof Beste became increasingly interested in the brain mechanisms that enable ‘action selection’ – the essential ability that allows individuals to select actions to perform in the moment.

The biological processes behind cognitive control
Most cognitive psychologists define cognitive control as a set of mental functions allowing human beings to work on different tasks simultaneously and complete goal-directed activities. More recently, research aims to identify the parts of the brain and processes involved in cognitive control, particularly those necessary to cope in multi-tasking situations.

Prof Beste carried out a series of experiments that identified many biological mechanisms and anatomical structures involved in these mental processes, which were previously almost unknown: “We identified a number of ‘neurobiological bricks’ that are central for cognitive control mechanisms also playing a role in multi-tasking,” he says. “Moreover, we were able to show which functional neuroanatomical structures are causally involved in multi-tasking and determine the efficacy and strategy applied to cope with multi-tasking situations.”

The professor and his colleagues found that levels of GABA and glutamate in a part of the basal ganglia called the striatum could predict particular neurophysiological processes measured using electroencephalography (EEG), a method of recording electrical activity in the brain. They also found that diseases specifically affecting microstructural elements of the basal ganglia had profound effects on cortical neurophysiological mechanisms underlying cognitive control.

Links to neurological diseases and psychiatric disorders
In a further series of experiments, Prof Beste and his colleagues evaluated the role of EEG measures and experimental paradigms related to cognitive control as biomarkers for the progression of neurodegenerative diseases as well as neuropsychiatric disorders. They found that combining neurophysiological measures with experimental paradigms tapping into the functions of some of the striatum’s circuits helped to point out early disease progression in PD and HD and are useful to discover novel facets of deficits in neuropsychiatric disorders, e.g., attention deficit hyperactivity disorder (ADHD) or Tourette Syndrome. The changes tracked could predict clinically relevant parameters for progression of these diseases better than parameters that are currently in place. The same measures also appeared able to effectively assess subtle changes in medication treatments in these diseases and disorders.

A comprehensive approach
Prof Beste’s research provided great insight into the neurobiological dynamics of mental processes associated with goal-directed activities. Through an integrative approach that combines basic and clinical research, he and his colleagues were then able to identify particular areas and processes in the basal ganglia which are associated with multi-tasking and appear to be adversely affected in neurodegenerative diseases and psychiatric disorders.

These brain areas and processes could also be impaired in other conditions that are characterised by impairments in cognitive control, including psychiatric disorders. Excitingly, his findings may well provide a basis for further research, ultimately leading to an increasingly accurate understanding of the biological underpinnings behind goal-directed behaviour in humans.

You have taken a novel approach to your research into neurodegenerative disorders by combining clinical and basic research. How did you come to study this field?
<>When I was a student I was working in many labs on different topics related to cognitive neuroscience, but I also worked in a neuropsychological department at a hospital. There, I was involved in neuropsychological testing and diagnostic procedures in patients with various neurological diseases. Doing so, I wondered increasingly whether the tests we apply in clinical routines do really have a solid neurobiological basis. I thought that if this is not the case, then we are very likely to miss diagnostic sensitivity and specificity. At this time, I mainly worked with patients with neurobiological basal ganglia diseases (e.g., Parkinson’s Disease, Huntington disease). This led me to read about the neurobiology and physiology of basal ganglia-prefrontal cortical networks in relation to cognitive functions and I became fascinated by this topic. My previous, current and future research is a constant development of aspects that had fascinated me when I was an undergraduate student.

Why is multi-tasking so vital for cognitive function?
<>I think that multitasking – or what we think of as multitasking – is very central for our ability to cope with requirements in daily life. I cannot think of a situation in which such abilities may not be relevant – except deep meditation for example. Because ‘multitasking’ is a complex cognitive function and requires large-scale network organisation, these processes especially are very central when thinking of diagnostic procedures suitable to detect even subtle changes in brain functions.

What most fascinates you about neurobiological research?
<>It is the complexity of interacting neural processes and how this complexity may result in seemingly simple observable behaviour that fascinates me.

How can neurodegenerative diseases help us investigate brain function?
<>It is not so much the neurodegenerative disease per se, but various diseases that affect brain function – including psychiatric disorders. I strongly believe that when you are interested in the question “How does the brain manage to deal with situations requiring cognitive control e.g. ‘multitasking situations’?” a good strategy is to approach this question from different angles. Disorders of the CNS provide these different angles necessary to gain a more comprehensive picture about the underlying neurobiological mechanisms. In particular, when there are clear and specific neurobiological changes (e.g., in the case of XDP patients) this approach allows us to gain insights into the mechanisms important for human goal-directed behaviour. 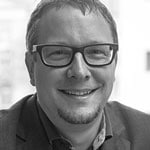 Prof Beste is a neurophysiologist and cognitive neuroscientist who aims to combine clinical and basic research to understand the neural underpinnings of human goal-directed behaviour and neurology cognitive control.