High-energy beams of protons have the potential to greatly improve the ways in which doses of radiation are delivered to the body. To further develop this technique, more knowledge about the relative biological effectiveness of these beams is needed. Dr Radu Vasilache of Canberra Packard Ltd in Bucharest is a lead researcher at the ELIDOSE Project: a collaboration of Romanian researchers who are addressing the problems raised by the dosimetry of the laser accelerated beams. The insights gathered by their project are promising to transform radiation therapies, potentially offering significant improvements in the diagnosis and treatment of cancer.

Bright laser pulses are now being used in a wide variety of scientific experiments. By concentrating large numbers of photons over small areas, the pulses can subject small samples to huge amounts of energy, making them suitable for tasks ranging from analysing the properties of fundamental particles, to probing responses in biological tissues. The Extreme Light Infrastructure (ELI) project is a pan-European collaboration which uses high intensity laser beams as a basis for a wide array of experiments.

For the radiobiology experiments making use of laser-accelerated proton beams, the dosimetry measurements are of extreme importance.

In Romania, several institutions and companies are now working on a particular branch of the ELI Project, concerned with the applications of high power lasers in nuclear physics. “ELI is a very important European research project, and Romania is at its forefront,” says Dr Vasilache. “The Romanian pillar of the project, ELI- Nuclear Physics (ELI-NP), is concerned with various applications of high-power lasers in the field of fundamental and applied nuclear physics.”

Measuring the doses in short pulses of proton beams
One of the of studies of ELI-NP is producing high-energy proton beams, which can be generated through the interactions of bright laser pulses with various targets. Measuring the dose (i.e. the energy deposited by the protons in the substance with which they interact) can be done through various means, but the ion chamber method is considered the gold standard. The ion chamber is a gas filled cavity; when the ionising radiation (in this case the proton beam) interacts with the gas in the chamber, it ionises the gas, i.e. it produces pairs of electrons carrying a negative charge and positive ions. These are collected at the electrodes of the ion chamber and produce a current that can be measured and directly related to the energy deposited in the material by the proton beam.

This technique of measurement is the standard in radiation medicine, because it is the most accurate. One of the most useful characteristics of the interaction of the proton beams with the substance is that is deposes the energy in a very localised manner, producing the so called Bragg peak. This property means that we can use the proton beams to irradiate tumours in a very precise way and spare the healthy tissue. To better plan treatment with protons we need to better understand the way that the body tissues respond to proton irradiation and to do this, we also need to measure the proton dose by using ion chambers to detect proton beams which interact with the cells.

“Medical applications are one of the important goals of this project,” says Dr Vasilache. “One of the research directions at ELI-NP is to make use of laser-accelerated proton beams for radiobiology experiments.” In order to perform these experiments, first one must set-up a proper dosimetry method for those experiments, to have a clear image of the radiation doses delivered to the cells. As Dr Vasilache explains, “this would help us to better understand the effects of these beams on living cells and thus, ultimately, to optimise our methods for treating cancers.”

The problem of recombination
Before moving to the radiobiology experiments, several barriers related to the dosimetry measurements with the ion chambers in the high-energy proton beams must be overcome. One major issue is the fact that at ELI-NP high intensity laser pulses are extremely short (a few femtoseconds, i.e. a million billionth of a second) and thus, the proton beams produced by these lasers are expected to have a duration of only a few nanoseconds (i.e. a billionth of a second), making it difficult to measure the dose using ion chambers. “For these experiments, dosimetry measurements are of extreme importance,” Dr Vasilache continues. “However, due to the particularities of the beams (very intense, yet very short pulses), the doses (the energy deposited by the radiation in the target) are very difficult to measure.”

The problem arises due to the ‘recombination’ inside the ion chambers – a process in which the charged carriers (electrons and ions) produced in the ion chamber by the incident proton beam recombine with each other before being collected by the electrodes of the chamber.

The method we propose in the ELIDOSE project is to use a composite detector for accurate dosimetry measurements.

“Because the pulse is so short, many of the pairs will recombine before we get the chance to collect all of them, resulting in a loss of signal,” explains Dr Vasilache. “This means we will end up with an inaccurate result if we do not take this recombination into account.” The researchers’ ultimate challenge, therefore, would be to find a way to calculate recombination factors in real time. Their task may be difficult, but in their research, the ELI-NP team have devised an advanced new technique to overcome the issues associated with recombination.

Introducing: The ELIDOSE Project
In 2018, Dr Vasilache and his colleagues announced the ELIDOSE project – a collaborative effort to realise state-of-the-art solutions to the problems associated with the dosimetry of short pulsed proton beams. “Our team came with an innovative solution, which makes use of an already known method but applied in a different way, such as to overcome the difficulties and to measure the dose correctly in a single shot,” explains Dr Vasilache. The central aim of the ELIDOSE project is to create a detector which can measure radiation doses, while calculating recombination corrections simultaneously.

To do this, the team first built a detector from four identical ion chambers, mounted onto a single frame. The researchers then analysed the response of their detector to beams of various charged particles, as well as the influences the chambers had on each other through charge interactions. Dr Vasilache summarises: “the method we propose in the ELIDOSE project is to build a composite detector out of four separate ones; thus, obtaining an array called Quad Array Detector for Recombination factor measurement (QUADRO-fm).”

THE INNOVATIVE QUADRO-fm METHOD
In the team’s setup, all four of the ion chambers of QUADRO-fm have a different role to play; each concentrating on its own measurement. “In this array, one component measures the dosage, while each of the other three will simultaneously measure a different correction factor; overall, obtaining a correct value for the dose,” Dr Vasilache explains. “It is an innovative solution – using multiple detectors simultaneously, instead of just one sequentially.”

The values gathered by each ion chamber are then inputted into a relatively simple equation; yielding a correction value called the ‘recombination factor’. This number tells the researchers how their measured proton dose differs from the actual value, allowing them to adjust their measurements to accurately reflect reality. “The emphasis is on measuring the recombination factor; in order to measure the dose correctly, one must collect all pairs of electrons and positive ions, generated in the ion chambers by the radiation pulse,” Dr Vasilache says. 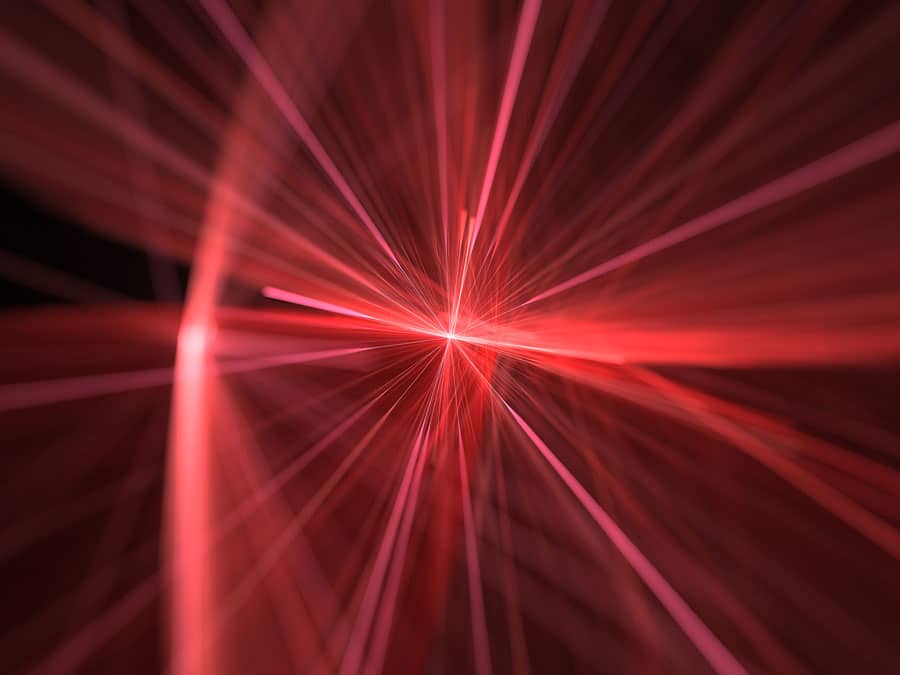 To check that their recombination factor calculations were accurate, the ELI-NP team studied the behaviours of the ions within the four chambers using computer simulations. These models are particularly important for predicting the influences which the four ion chambers have on each other; a factor which would make proton beam measurements even more difficult if not addressed. Since the interactions between ion chambers are depending upon a large number of factors, it can be rather complex, but the team’s modelling techniques, combined with their recombination factor measurements, will likely ensure the success of the ELIDOSE project’s detector.

A promising future for dosimetry
Having implemented these techniques, the researchers now aim to use these simulations to further improve the accuracy of their detector. Through their initial demonstrations of the capabilities of QUADRO-fm, the ELI-NP team have shown that the detector can be a reliable tool for measuring the doses in pulsed proton beams. The new detector proposed in the ELIDOSE project offers important improvements to the dosimetry tools used by medical physicists in the hospitals. Through further studies, Dr Vasilache’s team now hope to further improve the accuracy of their detector and add new capabilities.

What first sparked your interest in this field of research?

<>I started to look into dosimetry when I was undertaking research into health physics. The project I was involved with aimed to predict the risks carried by radiation exposure. It was clear that building an accurate dose-response model was heavily reliant, amongst other things, on the accurate dosimetry of the radiation field. As I became more and more interested in the dose-response models, I also became interested in the development of accurate dosimetry. 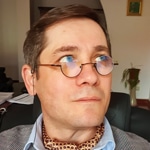 Dr Vasilache obtained a Physics degree from the University of Bucharest in 1992, and a PhD in Radiation Physics in 2001. He spent six years in a Health Physics research environment, before moving to industry. Dr Vasilache founded the first Romanian private dosimetry lab before moving on to Canberra Packard, where he has led the Romanian office since 2005.

The research of Dr Vasilache is focused on radiation dosimetry for short pulsed charged particle beams.