Bacterial infections that are resistant to antibiotics are predicted to be the major global cause of death by 2050. Indeed, infectious diseases cause around a quarter of deaths globally, with approximately 23,000 deaths attributable to drug-resistant infectious diseases in the US in 2014.

While pharmaceutical companies strive to develop novel antibiotics, only two new classes of drug have been discovered since 1962, highlighting the desperate need for alternative approaches to tackling drug-resistant infections. Current treatments include the use of high doses of broad-spectrum antibiotics, drugs which target a large class of bacteria, rather than focusing on the specific strain responsible for the infection (when it can be identified). This approach often results in significant side-effects, most of which affect the digestive system and may be the result of antibiotics disrupting the resident, ‘good’ bacterial community in the gut, and in fact, drives antibiotic resistance further as the bacteria continually evolve to avoid them and transfer resistance mechanisms to one another if faced with environmental pressure. Furthermore, even if new antimicrobials are effective, it is likely to only be a short-term fix, taking anywhere from a few months to around ten years for a resistant gene to develop.

Only two new classes of drug have been discovered since 1962, highlighting the desperate need for alternative approaches to tackling drug-resistant infections.

The need for innovative therapeutics
Professor Young Jik Kwon, University of California, Irvine, spearheads a translational research project that is set to change this. He investigates novel pharmaceutical materials for emerging therapies and is currently involved in the development of nanoantibiotics. Nanoantibiotics are nanomaterials, or particles of 100 nanometres (nm) or less (a sheet of paper is about 100,000 nm thick), that have their own antimicrobial activity, or are able to improve the efficacy and safety of administering existing antibiotics. They include an efficient delivery vehicle to deliver cargo into bacteria, with the cargo being RNA to cause gene editing (CRISPR-Cas9 guide RNA) or gene silencing (siRNA) which can be specifically targeted to drug-resistant bacteria. The delivery vehicle is based on a form of chitosan, a sugar normally found in the hard-outer skeleton of shellfish, and which already provides a broad spectrum of antimicrobial mechanisms. Using gene editing and RNA interference (RNAi) allows sensitisation of the bacteria to antimicrobials, by silencing the resistance gene that they contain. Professor Kwon’s novel approach combines gene editing or RNAi with nanoantibiotics. Using this synergistic strategy allows him to combat multi-drug resistant bacteria. Whilst evolutionarily used by bacteria to develop resistance, the process can be turned back onto the bacteria, to edit or silence their resistance mechanisms.

The advantages of antimicrobial nanoparticles over conventional antibiotics include production, storage, durability and versatility. For example, because they are often composed of existing antibacterial materials, metals or carbon-based nanomaterials, preparation costs are significantly lower, the process is faster and the resulting nanoantibiotics have a longer shelf life. The therapeutics designed by Professor Kwon also offer much more control over drug administration once inside the body, as they can be engineered to have a site-specific, sustained release which can be given in a single dose. Most conventional antibiotics require multiple doses in order to achieve this. The mechanism of action of a nanoantibiotic may also be more sophisticated than that of its conventional relative, harnessing pathways such as premature ageing of bacterial components through reactive oxygen species, interrupting energy pathways and inhibiting enzyme activity and DNA synthesis.

Targeting the right environment
Research evidence suggests that the environment of the microbe may be linked to its virulence, meaning that environment-specific activation of a drug is highly beneficial. Professor Kwon has therefore incorporated a unique characteristic into his product; the ability to use stimuli-responsive components to tune the nanoantibiotics to certain infections or sites, based on environmental cues such as temperature, pH, oxygen and carbon dioxide levels, and iron levels. This means that, in the same way that bacteria can tailor their attack depending on whereabouts in the body they are, now drugs can too. Leading on from this, multi-stimulus responses are also a possibility, for example by including components that respond to temperature and pH, to create a polymeric antibiotic.

One of the challenges of nanoantibiotics is the potential toxicity of the nanomaterial. However, incorporating naturally occurring materials, such as chitosan, bestows high levels of biocompatibility on these stimuli-transforming polymers, meaning they are compatible with living tissues, will not cause an adverse reaction, and are able to accumulate in sites of infection before transforming to an active antimicrobial state.

The possibilities for this new technology are endless and include the combination of nanoantibiotic treatment alongside conventional antibiotics.

The future of nanoantibiotics
The possibilities for this new technology are endless and include the combination of nanoantibiotic treatment alongside conventional antibiotics. However, Professor Kwon and his team are focusing on cystic fibrosis (CF), a genetic disorder that results in abnormally thick sticky mucus accumulating in several parts of the body, including the lungs and the digestive tract. Approximately 80% of adults with CF suffer from chronic Pseudomonas aeruginosa infection in their lungs, associated with increased morbidity and mortality. They are often on long-term antibiotics, increasing the risk of the bacteria evolving and eventually developing resistance to these drugs. Therefore, the team at the University of California are aiming to develop a safe, effective and versatile therapy for CF-associated P. aeruginosa infections using the nanoantibiotic technology in an aerosol or inhalable form, as this does not cause the same adverse effects as intravenous antibiotics and may provide an alternative when there are difficulties accessing a vein. One way that they can achieve this is to combine chitosan with an existing antibiotic, such as sulfamethoxazole.

Furthermore, there is the potential to expand this to the treatment of pneumonia, a frequent cause of death amongst stroke and cancer patients in hospital, as well as a significant threat of community-acquired pneumonia in vulnerable populations. Professor Kwon is also involved in a project using a similar technology, which explores the possibility of using vehicles to deliver chemotherapy drugs to the site of action in rodent models of cancer. His work also explores gene therapies for cancer and drug delivery vehicles for treating diabetes, suggesting that these nanoscale biomaterials are going to underpin multi-modal therapeutic strategies in the future. With the increasing interest in using bacterial viruses (phages) to treat bacterial infections, non-phage antibiotics offer a safer alternative as the risk of using a virus is that it has the potential to self-replicate and evolve.

Ultimately, the research of Professor Kwon and colleagues will fill the void left by the lack of new antibiotic discoveries by using novel materials which are molecularly engineered for safe and effective use against bacterial infections, particularly drug-resistant bacteria. The versatile delivery vehicle can be personalised for many situations and is based on a highly proven and well tolerated delivery system that will result in the emergence of a new paradigm in the field of antimicrobial therapy. The end goals of the project are to develop nanoantibiotics as an effective solution for drug-resistant infections, and to contribute to improved human health on a global scale.

Excitingly, with support from the National Science Foundation’s I-Corps program, the team are moving forward with a translational approach. Taking their technology further, Responsive Polymers Therapeutics, Inc is focused on developing their pioneering smart antibiotics to address drug-resistant infections in the USA and beyond.

What is the risk of bacteria developing strategies to overcome nanoantibiotics, and become resistant to these too?

<> Nanoantibiotics generate adverse effects that are not biologically driven, such as physical damage and interference on a broad range of key molecules in bacteria. It is very unlikely for bacteria to develop resistance against nanoantibiotics via simultaneous genetic mutations at an extremely high level. However, most antimicrobial nanomaterials are toxic and with undesired properties to be used in human body. The transforming polymeric nanoantibiotics integrate the antimicrobial property of a natural polymer and engineered pharmacokinetic/ pharmacodynamic properties for efficient, safe, versatile, and targeted therapies for infections. <> 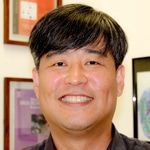 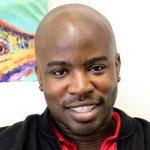 Professor Young Jik Kwon is a principal investigator at the University of California, Irvine in the interdisciplinary fields of chemical engineering, polymer chemistry, biomaterials, and nanotechnology.

Dr Julius A. Edson received his Ph.D. in Chemical and Biochemical Engineering in the laboratory of Professor Kwon. 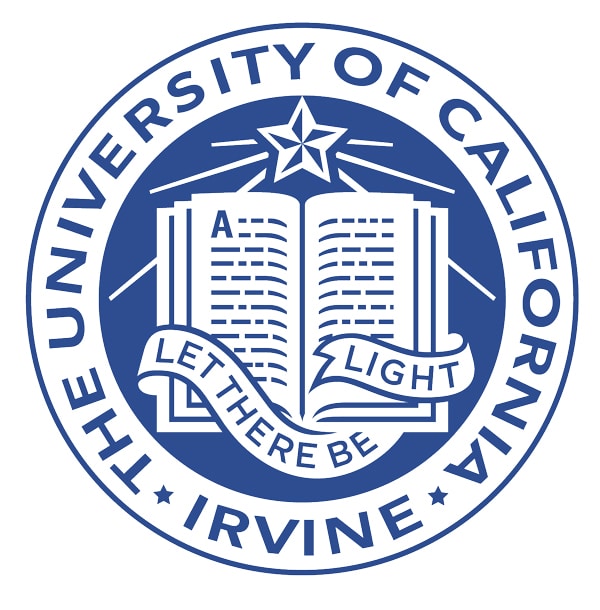