Behavioural Sciences
Throughout his career, Derek Layder, Emeritus Professor of Sociology at the University of Leicester, has taken a unique approach to linking theory and social research. He strongly believes that incorporating abstract philosophical ideas alongside more practical everyday issues is essential to generating theory from data and evidence. He illustrates this principle using the ‘Theory of Social Domains’, which explores human behaviour through interlocking social segments and power relations. His accompanying ‘Adaptive Theory’, provides a corresponding set of research methods and strategies.

Derek Layder, Emeritus Professor at the University of Leicester, UK, has a very varied research portfolio. Throughout his career, he has delved into topics ranging from intimacy and power to emotions and self-identity. Although wide-ranging, however, Professor Layder’s work all centres around his passion for combining abstract philosophical and theoretical ideas with a very practical focus on real life and everyday issues. His synthesis of creative, artistic principles with rational, scientific ideas as a way of approaching evidenced-based explanations led to two highly original theories and laid the groundwork for his wider research interests.

Abstraction and social realities
Professor Layder believes that neglecting abstract ideas and social realities – real-life social activities and interactions – significantly limits social science research, be it in sociology, economics, criminology, psychology or anthropology. To counteract this tendency, he advocates a better understanding of the connections between interlocking social segments, which he believes will help researchers to uncover the realities of social behaviour and lead to the development of more effective social policy.

Professor Layder also campaigns for a more adaptive approach to research, in which the relationship between theory and method is not so distinct. If researchers take a more problem-solving approach and are willing to adapt and generate theories throughout the process, he believes their work would acquire more explanatory power, with theory and methods evolving as data and knowledge is accumulated.

Social Domains Theory
The ‘Social Domains Theory’ (1997, 2006) was developed by Professor Layder to illustrate how abstract philosophical questions and problems (such as how we know what we claim to know, and what are the objects of our knowledge – what is reality?) can be incorporated within social sciences research. The theory focuses on the entanglement of four interlocking, interdependent reality segments or ‘social domains’. These domains are ‘psychobiography’, ‘situated activity’, ‘social settings’ and ‘contextual resources’. Psychobiography focuses on the development of an individual’s personal and social identity over the course of their life, as well as how this intertwines with their relationships. Situated activity is the way people are influenced through social interactions and encounters; this could be face-to-face or online. Social Settings can influence related social activities, for example, the different ways settings such as hospitals, families, gangs, schools or religious groups are organised in terms of power and authority influence social activities. Contextual Resources refers to social behaviour being shaped and influenced by cultural values, expectations and institutions, such as media, class, income, gender, ethnicity, politics, neighbourhood and region.

Highlighting and uncovering the interconnections between these social domains can help researchers to develop hypotheses about social behaviours. Professor Layder believes it is important that these hypotheses are then further tested and developed. An advantage of this model is that the different domains are intertwined but they do not have a set hierarchy. The domains are not layers or levels of analysis; they are important standalone aspects that influence our social behaviour.

Social reality and ontology
Another research barrier highlighted by Professor Layder is the neglect of multidimensional social realities within research. Typically within social sciences, social reality is thought to be measured by both quantitative data (facts and statistics) and qualitative data (descriptions of what people say and do). Professor Layder believes, however, that taking account of more philosophical questions and problems would enable researchers to more adequately assess different realities. Traditionally, researchers approach the concept of social reality in a uniform and one-dimensional way: the act of people being together and socialising is taken at face value.

Professor Layder believes more ontological questions should be asked to assess the accuracy of these traditional research measures. Ontology is a branch of philosophical science concerned with concepts such as existence, being and reality. More specifically, social ontology is concerned with the existence of the social world and how it works. For example, what it means to have collective beliefs: do we have ‘social minds’? What constitutes a social group and how are they defined? This kind of philosophical questioning should not just be restricted to social activities but also the wider existence of social conditions. Professor Layder argues that integrating elements of ontology with traditional quantitative and qualitative methods, could serve to strengthen the research approach and give a broader perspective.

Social science researchers typically undertake sequential rather than concurrent work; often carrying out quantitative research followed by qualitative, or vice versa. These decisions are made for methodological reasons and wider ontological concerns are ignored. Conducting concurrent research would better complement the social domains model and offer a more holistic approach.

Adaptive Theory
Professor Layder’s ‘Adaptive Theory’ (1998) argues for more authentic, problem-driven research. Traditionally social scientists use topic-driven approaches, which he feels are only problem solving on a superficial level, as they ignore deeper philosophical issues and the entanglement of different social domains. An alternative approach is to remove the distinction between theory and method and focus on the accumulation of knowledge. Professor Layder emphasises that there should be a greater focus on using evidence for explanation rather than just description. Description alone cannot demonstrate why reality exists in specific forms or structures.

Probability sampling is often considered the gold standard when choosing research participants within social sciences. It is a technique where a smaller sample is randomly selected from a larger population, with the belief that they will adequately represent or reflect the whole population’s views and experiences. Professor Layder suggests ‘problem’ rather than ‘probability’ samples would be more relevant. Selecting individuals actually involved in the social relations that have generated the problematic element in the first place, guarantees the sample is representative. Consequentially it creates a less rigid and pre-planned approach, leaving room for new or unpredictable discoveries.

Theory from data and evidence
Another important aspect of Professor Layder’s work has involved advocating for more theory generation within social sciences. While acknowledging that theories need to be shaped by previous research, he believes we should be thinking of this as the scaffold or framework, that can be adapted or transformed in response to new data and discoveries. This in turn would inform the next stage of the research process, during which the theory may again be altered.

This process can be compared to a police investigation, where detectives will initially look at crime patterns and follow leads before generating a theory. Within the next phase of the investigation, new evidence may arise which changes this theory. Professor Layder believes that, within social sciences, theory testing should continue until the most mature and powerful explanation is reached. He emphasises that theory generation and testing must always be intertwined. One of the most important aspects is for researchers to remain open minded when generating and investigating theories; evidence in the form of data and information should not be seen as more important than explanatory accounts or opinions in establishing the truth. 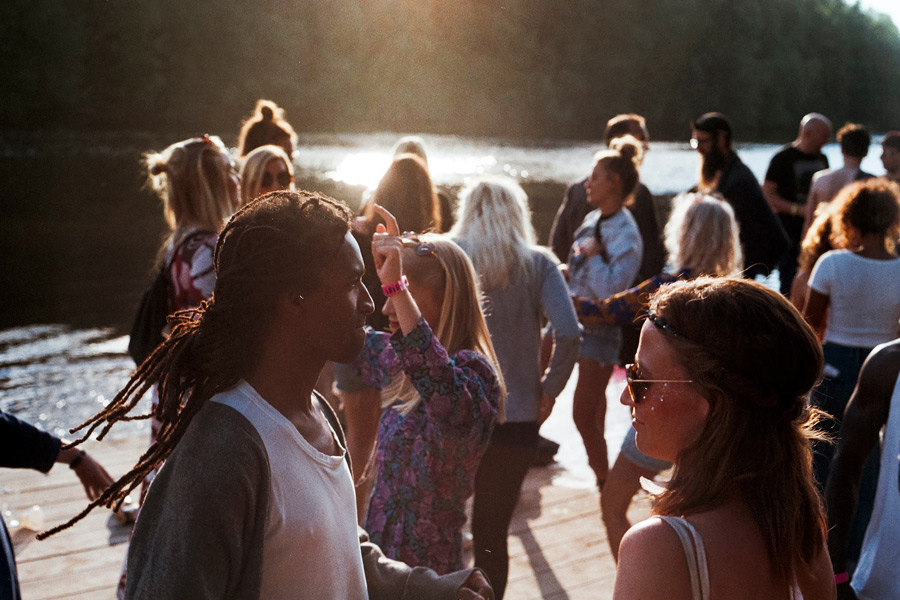 Integrating philosophy and reality
Professor Layder’s Domain and Adaptive theories are concerned with general, abstract, philosophical aspects of our social science approaches to understanding society, as well as with some very practical aspects of human behaviour, and data collection and analysis in social research. Both these, he believes, are essential for effective social policy. And while they may seem like a departure from mainstream social sciences research, his theories can be used in conjunction with more traditional approaches to increase their power and effectiveness.

These approaches have also provided the background to Professor Layder’s other research interests. He has studied and published on the subject of self-identity and how it is expressed in everyday life (2004a), as well as emotion and control (2004b), and intimacy and power within the dynamics of modern relationships (2009). He is currently using these same principles in his research into serial murder. If we can encourage social scientists, researchers and students to be more open to incorporating philosophical questions and problems alongside more traditional scientific approaches, Professor Layder believes, this will help generate the innovative theories we need for uncovering the complexities of human social behaviours.

What do you feel is the main barrier preventing social scientists from incorporating philosophical ideas into their research and how can they overcome this?

<>
Cooperation within individual disciplines (for example, theory and method) as well as between social science disciplines (psychology and sociology, sociolinguistics and so on), along with the loosening-up of rigidly adhered to ‘paradigms’, or approaches, would advance explanatory knowledge, instead of the simple accumulation of empirical facts, evidence and information. Practitioners must break away from their self-policed silos in order to appreciate the gains to be made by open-minded cooperation. ‘Internal’ defensiveness must be dropped, in favour of exploring professionally rigorous inquiry across boundaries. Rigid adherence to established paradigms excludes the creative advantages to be gained from open-mindedness and inter-disciplinarity. 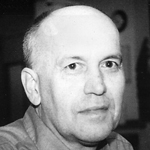 Do we feel free when we make hard decisions? A psychological perspective on feelings of freedom in decision-making
Behavioural Sciences
Read This Article
Dear Mr Hume, your circle might actually be a spiral
Arts & Humanities
Read This Article