Money creation should be governed with an eye on ethics, but its current path follows an unfair formula that entrenches injustice. Philosopher and economist Professor Peter Dietsch of the University of Victoria, British Columbia, Canada, points out a number of biases in the current monetary system. He suggests a normative framework for assessing what a more equitable money creation system should look like, and proposes one alternative model. It’s controversial, but it’s a start.

Contrary to what theoretical texts espouse, money is an essential social good – ask any family without it. Its distribution is, therefore, highly relevant from the perspective of justice. Printing more physical notes and coins, as any first-year economics student will know, is not the solution. Money ‘creation’ and its just distribution relies instead on equitable access to credit, which represents the bulk of money in a modern economy. Unfortunately, bias has corroded the mechanisms that govern money creation today; the result is an entrenched injustice that benefits the wealthy at the expense of the poor. This should worry anyone, but it’s of particular concern to Peter Dietsch, a philosophy professor at the University of Victoria, British Columbia, Canada.

Dietsch suggests that the status quo of money creation can be summed up in the lyrics of the singer and poet Leonard Cohen: ‘Everybody knows the fight was fixed, the poor stay poor, the rich get rich’. For Dietsch, it’s time to re-evaluate the system and consider alternatives.

He starts from the observation that money confers freedom. However, the system by which money is created produces unintended and undesired consequences – the way credit is allocated leads to some people enjoying less freedom than others through no fault of their own. It is a system that is neither ethical nor meritocratic but prejudiced against those without collateral. It is also unstable.

Making the world go round
The money powering the global economy is essentially an IOU system. In its most basic form – cash – it is a promise from a central bank to pay the bearer the sum displayed on the note. The most common IOUs are commercial bank deposits issued as loans to individuals and non-financial entities, and loans between commercial banks, known as inter-bank lending. A third form of IOU are central bank reserves – just as individuals have deposits with commercial banks, those banks have deposits with central banks. This entire system relies on certified trust.

Bias has corroded the mechanisms that govern money creation today.

A simple example: a bank will issue an individual a mortgage or a loan to invest in, say, a business, if the applicant shows they can service the loan or have collateral the bank could secure should things go south. The creditor’s capacity to contribute to a broader societal good is not a viable measurement of their ‘worth’. Meritocratic reasoning doesn’t come into it.

Inter-bank lending follows the same rules: credit markets provide commercial banks with leverage to pursue profit. The assets sitting on their balance sheets – government bonds, credit card debt and student loans – are used as collateral to get credit from other banks to invest to maximise profits for shareholders and pay bonuses to executive teams. These are the primary beneficiaries of inter-bank lending. The claim that the financial benefits eventually ‘trickle down’ to the more needy is overshadowed by the looming reality that the newly created money often ends up in asset markets such as stocks or real estate, as opposed to incentivising commercial banks to issue more loans to those who need them. Result: further bias within the system that benefits the wealthy.

So, where do central banks fit into this unjust money creation system? Their footprints are in the chaos after the 2008 financial collapse. When commercial banks, especially in the US, saw their assets – invariably lent by other financial institutions – suddenly become worthless, central banks injected new money onto their balance sheets in the form of central bank reserves. By essentially buying useless assets from commercial banks and other private institutions, thus creating money – a process called quantitative easing – the prime beneficiaries were again financial institutions. They were given a hand up – or more correctly, a handout – and returned to business.

One reason they had access to such credit was because they were ‘too big to fail’. Contrary to the intention of the central banks in launching quantitative easing, such benefits rarely trickled down: the bias remained.

Towards a normative framework
Dietsch points to one positive from the 2008 financial crisis: the fallout and the monetary policy response reignited interest in the normative dimensions of money and its creation.

Fixing this demands a clearer idea of what justice in a monetary system looks like. If, as Dietsch claims, bias is ingrained in the system, we need a normative benchmark against which we can evaluate biases. That will guide us towards a credit distribution framework that is more equitable. Unfortunately, the voice of economists and philosophers is patchy on questions of justice around money creation.

As one of the rare exceptions, the late political philosopher GA Cohen had a good starting point. He believed money and freedom were intertwined – given that money is a necessary condition to acquire most goods and services, lacking it means one is ‘liable to interference’. At its most basic, if someone simply takes something they cannot afford, this will invite strict retribution. Hence, for Cohen, ‘money confers freedom’. No one is entirely free from interference, and freedom is not absolute – it is relative. While differentiated freedom is not unjust in itself, if it is tied to access to money and the structures that determine bias, the resulting inequality is undeserved.

Dietsch admits credit has its flipside on issues of freedom: debt. Those accorded credit are indebted to the creditor, as anyone who starts a career in the shadow of a student loan knows. Similarly, having to enter into debt to acquire other fundamental rights such as healthcare hardly enhances an individual’s freedom. However, when we are talking not about fundamental goods such as education or health care, but extra cash to satisfy secondary needs, having access to extra money through credit arguably outweighs any constraining aspects of debt in most cases.

A key point here is to distinguish inequalities in wealth on the one hand, from the question of justice in money creation through credit on the other. Even if the underlying wealth differential that gives the rich person collateral is deserved, it does not follow that the rich person should have privileged access to another social advantage in the form of money created through credit and to the additional freedom it bestows. In essence: equality in access to credit should be our normative default position.

A call for change
To achieve a fairer system, it’s clear some fundamental things need to change. Dietsch discusses one reform proposal, not so much because he necessarily believes it represents the best way forward, but to demonstrate that a less biased system of money creation is possible.

Today, central banks pursue the objective of price stability – the stable level of prices in an economy, which sustains the value of money over time – by using the credit market as a transmission mechanism. Put simply, they open or close the valve of money creation, but commercial banks play an important role in deciding where the extra credit actually goes. If a lot of the biases in money creation can be traced to the role of commercial banks, what if we separated money creation from private bank credit?

The voice of economists and philosophers is patchy on questions of justice around money creation.

To understand what this means, note that the notion that commercial banks are safely holding their customers’ money is a little simplistic. A country’s financial stability relies on the fractional reserve banking system, where only a fraction of bank deposits is supported by actual cash on hand. The result is a system woven together by credit upon credit and the hope there’s no run of customers suddenly demanding their money. It’s not difficult to comprehend why commercial banks prefer issuing credit based on minimal risk instead of maximum need.

What is the alternative? It is an economy with ‘full reserve banking’ in the sense that commercial banks cannot lend more than they receive in deposits. Meanwhile central banks would make monetary policy not via the transmission mechanism of the credit market, but by directly injecting or withdrawing money from consumers – for instance through an instrument that Milton Friedman coined ‘helicopter money’.

The concept of ‘full reserve banking’ has a long pedigree, having been proposed by Irving Fisher in the 1930s and regularly defended by a minority of economists since. It is controversial and is yet to find favour with any country’s primary credit institutions, but that certainly doesn’t mean we should dismiss it out of hand. For eliminating bias in the issuing of credit, it has considerable virtues. It would reduce the enormous privileges accorded to commercial banks, and the bias in favour of financial asset holders, thereby throttling the fuel that feeds asset price bubbles. Thanks to increased stability, bailouts would, theoretically, be unnecessary.

Of course, there are concerns with full reserve banking. Increased interest rates – a likely outcome – might level the playing fields between the rich and the poor and squeeze the level of relative freedom between them, but the system might also become more risk-averse, potentially reducing overall growth.

As Dietsch points out, even though full-reserve banking may not be the last word on the issue, it is a vital starting point to discussing distributive justice and a more equitable system of money creation.

In a more equitable money creation system, what should be the key considerations for providing someone with credit?

First, we should limit the ways in which merely having collateral gives you better access to credit. Realistically, in a capitalist system, we will never be able to eliminate this bias entirely, but we can certainly get rid of some of the more egregious forms it takes – for instance on the inter-bank lending market. This would also make our financial system more stable. 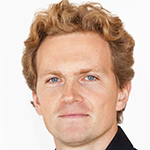 Peter Dietsch is a professor in philosophy at the University of Victoria, Canada. His research focuses on questions of economic ethics. He is the author of Catching Capital – The Ethics of Tax Competition (Oxford University Press, 2015) and co-author of Do Central Banks Serve the People? (Polity, 2018).