Engineering & Technology
The changes brought by Artificial Intelligence (AI) are shaping our social, economic, and political reality, transforming the human world as we know it. These changes are alleged to be radically different from those experienced in the past. Žilvinas Svigaris, a researcher at the Department of the History of Philosophy and Analytic Philosophy, Vilnius University, Lithuania, challenges this notion as he rethinks the reverse side of AI. While AI is driving the fourth industrial revolution towards complete industrial automation, it also facilitates the new generation of specialists who work independently, making their living in the internet space. AI tools allow their skills to be extended to a wider range of users, establishing initiatives based on the principles of sharing within the community and a new economic model for a self-sustaining society.

Rapidly evolving technology brings with it the ostensibly limitless potential of artificial super-intelligence, a software-based instrument with intellectual capacities surpassing those of humans. The changes brought by Artificial Intelligence (AI) are shaping our social, economic, and political reality, transforming the human world as we know it. These changes are alleged to be radically different from those experienced in the past. Žilvinas Svigaris, a researcher with the Department of the History of Philosophy and Analytic Philosophy, Vilnius University, Lithuania, challenges this notion as he rethinks the reverse side of AI. He asks: are the changes brought by AI really radically different?

Moreover, what underpins AI? What can AI change, and what can it not change?
Change means that things will be different. Past technological advancements have already shown us that change can evolve in ways that could not have been predicted at their instigation. We live in a technological civilisation that appears to offer unlimited opportunities, but Svigaris warns that it also ‘hides a spectre of the decline, if not a complete dismissal, of free, autonomous, and responsible human Self’.

Artificial intelligence – an improved instrument
AI is a manifestation of mathematical concepts. An AI system does not really understand the formulae, what it discovers, or what its discoveries mean. Its intelligence is quantitative and, ultimately, digital. Humans are not limited to deductive quantitative thinking, but are capable of qualitative and contemplative thinking, intertwined with experience and human values. Nevertheless, AI has infiltrated everyday life through a variety of tools. Not only is the living world changing, but human habits and identity are also shifting. Almost everything concerning memory and knowledge has transferred to electronic databases, our orientation around cities now comes in the form of virtual maps, language skills emerge as multilingual applications, and our daily communication transpires through virtual social portals.

The AI systems that are shaping society, however, are not governmental organisations, but online search portals, navigators, mobile phones, and other systems collecting and analysing information about each individual user. We already remember less about ourselves than those systems belonging to companies such as Google, Facebook, and Amazon, that monitor and keep track of our interests: what we ate, what we bought, what TV show we watched, where and when we travelled, and many other things.

Consciousness is not a static phenomenon, but rather the ability to question different ways and change the very understanding of the living world.

Svigaris observes that AI has become an improved instrument. Humans previously involved in the development process of creating their instruments are becoming observers in the development of modern technology. With this, AI is becoming a construct independent of its creator, as technology is not only creating technology but is also maintaining it. This alters the state of what was previously called an instrument. Now, AI can exceed the abilities of its creator, making them dependent on its ‘intelligence’. Every step of the global race towards the exponential capabilities of AI repositions its creator’s functions and values, both in terms of space and time.

Knowledge in flux
Digital technology is extending the possibilities of human memory, making it possible for unlimited amounts of information to be stored and accessed quickly. This changes the human relationship with knowledge. Historically, humanity has viewed knowledge as a great treasure. Digitalisation is opening up accessibility of information to the point of saturation, and as a result knowledge is losing its exceptional value and elite status. Knowledge is being shared, making it an intermediate, rather than a final, state of thinking. Consequently, the instrumentality of knowledge is changing significantly. It is no longer static, binding, and possessing. Instead, knowledge has become liberating, dynamic and alive. Knowledge is now intended for sharing rather than accumulation.

This accessibility opens avenues for global self-education systems with knowledge, such as the latest scientific discoveries, published journals, and online articles, accessible at the touch of a button. It is important to realise, however, that AI is ethically indifferent. AI does not discriminate between truth and lies; everything is categorised as indifferently equivalent. Subsequently, knowledge is in flux – it is no longer permanent, nor is it truth or lie.

Industrial automation
AI is driving the fourth industrial revolution towards complete industrial automation. This industrial transformation differs greatly from earlier industrial revolutions. Where previously the development of new instruments created new jobs and specialisations, AI does not create new jobs; instead, it renders human abilities obsolete, causing humans to be redundant. We therefore face a global crisis. AI can either strengthen the neo-liberal ideology, with quantitative manipulation supporting consumerism and the concentration of power among the few, or it can focus on human values, and become a human instrument for balancing human ingenuity in a qualitative environment.

Svigaris explains how this parting of the ways offers us a choice. Either we continue with the current mode of AI, with its indifferent ethics concerning both humans and the environment, and disappear, or we invite AI as an ally to re-establish harmonious human life within a qualitative environment. The latter option appears to be emerging aided by global awareness, the rejection of consumerism, and the promotion of sharing in our common humanity. While this trend might be considered disruptive to global economics, it enables populations to participate in the bottom-up creation of projects that can spread from community to community. Furthermore, this route considers the needs of local environments, together with their biodiversity and the exchange of needs of other communities.

We can ‘re-think’ AI so that it can stop being an indifferent and destructive force and become a qualitative value partner.

Transformation of education
The Western education system has a propensity for the technical, narrow, standardised training of specialists, effectively creating human instruments with specific qualifications. The implementation of AI automation is likely to push those with a narrow specialisation out of their working place. It may be time to rethink the need to train narrow-profile specialists, as before long these human instruments will no longer be required in many areas. At the same time there is a need for independent, conscious personalities with broader mindsets free from instrumental ontology. Svigaris discusses how ‘consciousness is not a static phenomenon, but rather the ability to question different ways and change the very understanding of the living world’. It is therefore important to educate individuals who can orientate themselves and harmoniously adapt in a changing context with others and the environment. The concept of the specialty requires different qualities to become adaptable, independent, and to open up to the living world.

Self-sustaining society
The new generation of specialists work independently, making their living in the internet space. AI tools allow their skills to be extended to a wider range of users. This expansion of sharing goods, services and knowledge, is gradually decentralising the global economy, ousting centralised ownership and dependency. Enterprises no longer focus on accumulating property, but exploring new ways to share it. There are many examples of sharing initiatives, such as Amazon, where people can sell their goods online, and Uber, where people can register and start earning as a driver. These initiatives are based on the principles of sharing within the community. The concept of community is changing as a society emerges based on community values creating wellbeing within its environment. This self-sustaining society brings with it a new economic model grounded on sharing rather than ownership. A model based on the principles of cooperation rather than opposition.

The ontological shift of AI
Our human world and our qualitative environment are dependent on one another. We can ‘re-think’ AI so that it can stop being an indifferent and destructive force and become a qualitative value partner with the ability to tell us which areas of the environment need to be protected and what species are endangered. Svigaris concludes that this ontological shift of AI offers a ‘re-understanding’ that can change our educational requirements. Moreover, it can transform the human trapped in a world of specialised technical constructs, into a human who is conscious of the rich and diverse world that forms our home.

What initially sparked your interest in the paradox of instrumentality?

The modern global world has crossed a certain threshold showing that the era of materialism is coming to an end. The fact that artificial intelligence is arising coincidentally with the sunset of the materialistic age is not accidental. It is just another evident sign confirming that the mental structure of consciousness had reached the limit of its potential. As the materialistic world exhausts its attractiveness, humanity is witnessing the signs of a new type of consciousness and the beginning of a new civilisation. After leaving the material world to technological tools such as artificial intelligence, the consumerism-based mentality can step aside, and culture can turn to the unexplored, rich psychical qualities of humanity, such as sympathy, empathy and integral balance. This life-affirming and self-sustaining stage of culture via integral consciousness can unfold profound awareness, which was developed for centuries in different traditions around the globe, and is ready to become a vital part of modern education.

Rethinking the reverse side of Artificial Intelligence was last modified: November 23rd, 2021 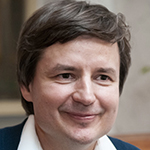