Physical Sciences
Describing the behaviour of all fundamental particles and forces as we know them, the Standard Model has held up to every experiment physicists have undertaken to date. Frustratingly, however, the theory remains far from complete. Dr Joachim Herrmann at the Max Born Institute in Berlin suggests the tangent bundle as the underlying geometrical structure for an extension of the Standard Model, and potentially for a unified theory of the fundamental physical interactions that regulate four fundamental forces of the universe. His work could lead to long-awaited pathways beyond the Standard Model; potentially bringing us closer to solving the problem of Dark Matter, one of the most profound mysteries in astrophysics.

The physical laws of the universe are governed by just four fundamental forces. Along with gravity and the nuclear strong force, they include the electromagnetic force, arising between charged particles; and the nuclear weak force, which is the reason for radioactive decay. Physicists made a major breakthrough in the 1960s: the discovery that the last two forces can be described with a single theory, the Weinberg-Salam-Glashow theory (also known as the Standard Model of electroweak interaction). This theory describes the interaction of leptons (such as electrons) mediated by particles, named ‘gauge bosons’; photons for the electromagnetic force; and W and Z bosons for the weak. This theory is based on the so-called gauge principle and requires the invariance (independence) of physical laws upon gauge transformations connecting a change of the electroweak potentials (which describe electroweak forces) with a change of the electron wave function. Gauge transformations are described by the special mathematical group SU(2)xU(1)) which was found empirically on the basis of a large number of experimental observations. In parallel, strong interaction is also described by a gauge theory with an another gauge group (the group SU(3)) but not directly connected with the electroweak theory. 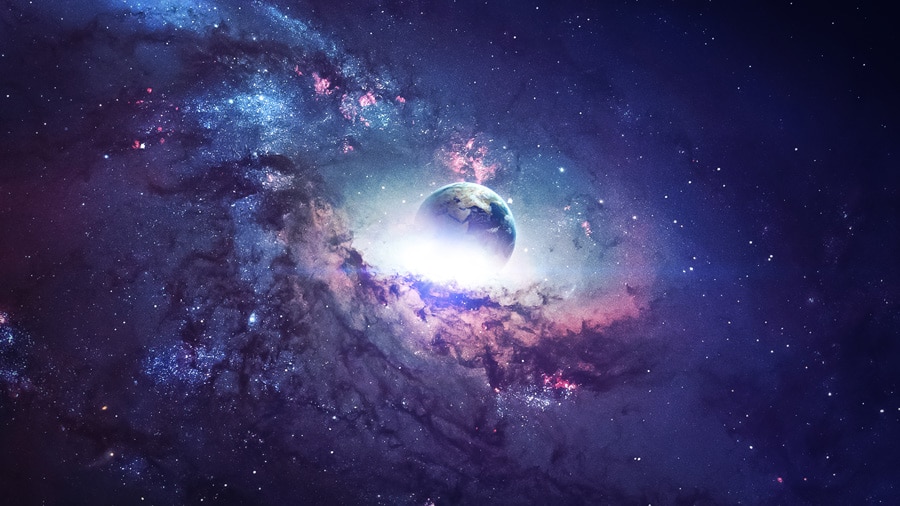 Despite its enormous success in explaining a huge number of experimental observations, the Standard Model holds several unsolved problems. One of the unexplained and somehow mysterious problems is the family problem. The six types of leptons (the matter particles in electroweak interaction), and six types of quarks (the matter particles in strong interaction) are grouped into three families. The electron and the electron-neutrino is the first family, the myon and the myon-neutrino the second, and the tou and the tou-neutrino the third family. However, these three families have identical physical properties except for their mass, and have the same internal quantum numbers of iso-spin and hypercharge. Yet this so-called family problem cannot be explained in the Standard Model. In addition, one fundamental problem is the lack of an explanation for Dark Matter particles. Dark Matter is now known to comprise as much as 85% of all matter in the universe, but its composition has entirely eluded researchers.

Using tangent bundles…gaps in the Standard Model which have withstood for decades may finally be filled.

Fibre bundle interpretation of gauge theories
Einstein´s general theory of relativity is based on the idea that the physical law determining gravitation is invariant with respect to general space-time coordinate transformations. For example, the physical laws observed in a fast-moving rocket should have the same form as for an observer on Earth. This general request is not fulfilled in Newton´s gravity theory. Einstein used this relativity request as a guiding principle for the development of his new gravity theory without any experimental hints for an improvement of the previous theory. In his theory, the underlying geometrical structure was demonstrated not to be the Euclidian geometry (as was generally believed until then), but a more general geometry – the Rieman geometry. Here, gravity is a property of space and time because the fundamental theoretical entity (the metric Rieman tensor) determines both metric relations of lengths and time intervals, as well as the physical gravitational forces.

In the second half of his life, Einstein and many others made several attempts to develop a unified theory of electromagnetism and gravity based on an analogical principle of geometrisation of physical forces; unsuccessful, the challenge was put aside for many years. However, in the 60h, an interesting link between gauge theory of the Standard Model and the mathematical theory of fibre bundles was found; importantly, it bridges the geometrisation programme. A fibre bundle is intuitively a geometrical structure in which every point of the space a different manifold (the fibre) is assigned. In the fibre bundle, interpretation gauge transformations are understood geometrically as transformations along the fibre axis at a fixed space point and gauge potentials are identified with a geometrical entity: the so-called connection on the bundle.

…potentially bringing us closer to solving the problem of Dark Matter – one of the most profound mysteries in astrophysics.

The fibre bundle interpretation is a beautiful and mathematically profound concept, but one key question remains unanswered. Which kind of specific fibre manifold is the geometrical fundament for a theory of the fundamental physical interactions? Until now, researchers have used the same transformation groups for the fibres as the phenomenologically determined internal symmetry groups of the Standard Model. But this approach largely delivers a re-interpretation of the gauge fields without much new physical insight. It does not take us beyond the Standard Model.

Exploring tangent bundles
Dr Herrmann tackled these problems head on. He explored the idea that the most fundamental fibre bundle, the tangent bundle, could be the underlying geometrical structure for an extension of the Standard Model. The tangent bundle is a special fibre bundle in which tangent vectors are taken as the fibre manifold. Here, gauge transformations are identified as transformations along the tangent vector axis leaving the geometrical structure invariant. Interestingly, this approach does not require the introduction of a phenomenological determined gauge group as in the Standard Model, but delivers by internal theoretical reasons without any experimental hint to a more general symmetry group. In the generalised theory the unitary group U(1) of the Standard Model is substituted by the central extended Euclidian group Ec(2).

Through this more generalised approach to the electroweak theory, new connections can be drawn between the Standard Model and particles of Dark Matter.

New physics emerges
The Standard Model which physicists are already familiar with emerges from the extended theory as a limiting case, as is necessary for any generalised theory. However, in addition to the known internal quantum numbers of iso-spin and hypercharge, the generalised theory predicts two new internal quantum numbers. Intriguingly, the presence of these additional quantum numbers describes the existence of families, “brothers” of the electron the myon and the tau-lepton, setting the theory apart from the Standard Model. In addition to the known gauge bosons (the photon and the Z and W-bosons), three new gauge bosons are predicted that mediate an additional fifth fundamental interaction. Finally, with this generalised theory, new routes can emerge to explain one of the most long-standing mysteries in physics: the existence of Dark Matter.

Uncovering the mysteries of Dark Matter
Primary evidence for Dark Matter was found by astrophysical observations of the motion of galaxies within galaxy clusters compared with calculations. Other signatures of the existence of Dark Matter were found by observations of gravitational lensing or by the cosmic microwave background radiation. These observations indicate that the galaxies contain more mass than could be seen by astronomic observations. Calculations have also shown that clusters of galaxies would fly apart if the only mass of the cluster were visible for astronomical measurements. These observations reveal the existence of unknown non-radiating particles, denoted as Dark Matter that constitutes 85% of the total mass of the universe. Besides its gravitation, Dark Matter particles have only a very weak interaction with the visible sector of the universe. Such particles do not exist in the Standard Model and this has driven intense theoretical research and hypothetical model building for a quarter of century. Many experiments to detect Dark Matter particles are being actively undertaken worldwide, but to no avail.

Moving beyond the Standard Model
As physicists continue to search for explanations of the nature of the universe beyond the Standard Model, Dr Hermann’s theory could provide critical new insights into its current limitations. Using tangent bundles to describe electroweak forces by geometrical entities and identifying gauge transformations as geometrical transformations along the tangent vector axis, gaps in the Standard Model which have withstood for decades may finally be filled. Through this more generalised approach to the electroweak theory, new connections can be drawn between the Standard Model and particles of Dark Matter; potentially leading to better techniques for searching for the elusive substance.

If the generalised theories become widely accepted, new members could be added to the Standard Model’s types of matter particles and gauge bosons. Ultimately, this could introduce new physical phenomena and may even provide new ways forward in the global effort to unify electroweak theory with the remaining fundamental forces.

<>A next challenge in this research programme is to include strong interactions of quarks into the geometrical approach of tangent bundles. A second aim is to find a microscopic foundation of spontaneous symmetry that breaks the electroweak gauge symmetry (Higgs mechanism) within the extended theory and to understand the mass generation mechanism of leptons and quarks.

Uncovering the underlying geometrical structure for an extension of the theory of electroweak interaction and the Dark Matter problem was last modified: April 27th, 2020 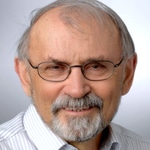 Dr Herrmann completed his PhD 1971 and became an Associate Professor in Jena in 1980. He has worked at the Max Born Institute in Berlin since 1991. His research activities include the theory of ultrafast nonlinear optics and elementary particle theory. He is author or co-author of 130 scientific publications and co-author of one book. 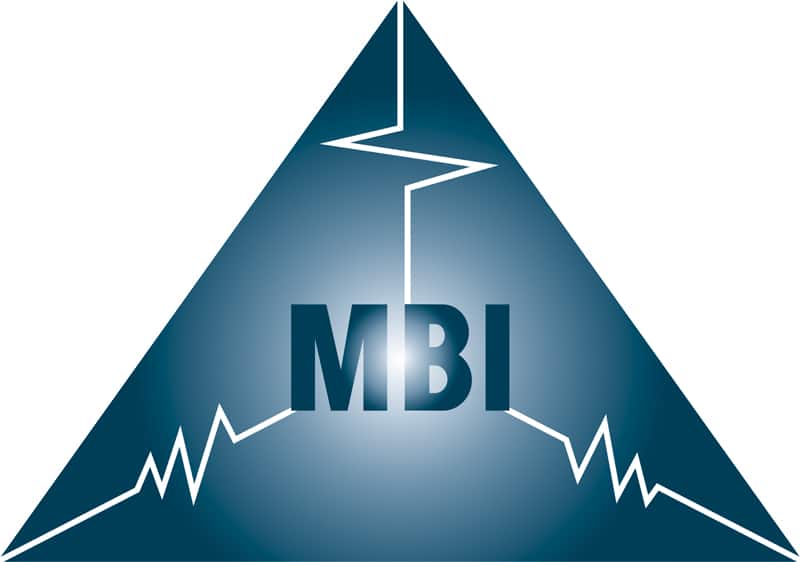 Herrmann J., 2020, "Uncovering the underlying geometrical structure for an extension of the theory of electroweak interaction and the Dark Matter problem " Research OUTREACH. Available at: https://researchoutreach.org/articles/uncovering-the-underlying-geometrical-structure-for-an-extension-of-the-theory-of-electroweak-interaction-and-the-dark-matter-problem/ (Accessed YYYY/MM/DD)