Health & Medicine
The field of oncology has a gender imbalance, with women only occupying a small number of leadership positions. So how can we improve gender equality in oncology? Dr Pilar Garrido, Dr Anna Sophie Berghoff, Dr Cristiana Sessa and colleagues, from the European Society for Medical Oncology (ESMO)’s Women for Oncology (W4O) Committee, are monitoring the representation of female oncologists. Through discussion, education, and collaboration, change can be achieved.

The European Society for Medical Oncology (ESMO) is the leading professional organisation for medical oncology and the society of reference for oncology education and information. ESMO connects oncology professionals with diverse expertise and experience, with the ultimate goal to secure the best possible outcomes for patients.

With over 25,000 oncology professionals from more than 40 specialties, who practice in 160 countries all over the world, the ESMO community is incredibly diverse with constantly broadening horizons. That is why a key aim within ESMO is to support all these oncologists in their professional development as they choose their different career paths. In order for this to happen effectively, all oncologists must be taken into account to be equally represented and given the same career opportunities, particularly considering that 40% of ESMO members are young oncologists under the age of 40 and, among them, more than half are women.

A gender gap in oncology
Many scientific fields have been shown to have a gender imbalance. For example, women are less likely than men to be promoted to a senior position or to be invited as a speaker at a conference. Exploratory research conducted by ESMO also showed this to be true in oncology, and this led the Society to form the ESMO W4O Committee in 2015. While progress has been made over time, it appears to have stalled somewhat in more recent years. The number of women entering the field, however, is increasing, with 47.5% of ESMO members being female according to data as of 31 December 2019.

The ESMO W4O Committee aims to draw attention to these issues and raise awareness of the gender gap in oncology. To begin with, they are sensitising the oncology community to this gender inequality in leadership positions through various studies. This leads to more open conversations which, in turn, can cause change. Secondly, the initiative brings professionals together to exchange resources and encourage collaborations for female oncologists which can advance careers and lead to new opportunities. Sharing challenges and aspirations allows local initiatives to respond to their members’ specific needs. Finally, W4O sessions at ESMO Congresses allow dissemination of all this information and research. This also provides another opportunity for female oncologists to discuss career development and to meet inspirational women leaders.

Sensitising people to gender inequality in oncology leads to more open conversations which, in turn, can cause change.

The importance of female authorship
W4O investigates the gender imbalance in oncology through studies that focus on the gender gap in career development and by monitoring the progression of female oncologists into positions of leadership. These findings can then be disseminated across countries to raise awareness of this gender inequality.

First, W4O carried out an authorship study to assess the representation of women as authors in oncology. The researchers looked at papers from five major oncology journals covering a period from 2017 to 2019. On each of these papers they checked the gender of the first and last authors listed. It was found that the percentage of female first authors remained similar across all three years, ranging from 37% to 41%. On the other hand, the proportion of female last authors decreased in 2018 from 30% to 24% but increased again in 2019 to 28%. It was also discovered that women were more likely to be first authors than last authors throughout these years.

The results from this authorship study in comparing the genders of first and last authors can tell us a lot about the field of oncology. Usually, the first author is the person who writes the paper and carries out most of the research, while the last author is often the senior project leader. If the numbers of female first authors are increasing, this could mean that more women are conducting and writing research. However, this upwards trend is not being seen for female last authors. This highlights that, despite there being more female researchers, the majority of researchers leading studies are still male.

As well as authorship, gender representation throughout the different sections of these journals was analysed. It was found that women were less likely to be included in the main sections of the journals and more likely to be found in special sections. There are more publications in main sections, therefore it is important to note that women are underrepresented here.

Another discovery from this study was that on average, the h-index was lower for women than for men. The h-index measures an author’s productivity and takes into account the number of citations they have had. It is used to assess the quality of an author’s work. However, if we are seeing lower percentages of women authors than men this will affect the h-index, in turn leading to a vicious cycle.

Female representation in leadership positions
Another way in which W4O assessed gender equality in oncology was through a study that monitored the representation of women as speakers at oncology congresses, and as board members and presidents of oncology societies. They looked at 180 different international and national conferences from 2015 to 2019 throughout which there were 35,113 speakers. It was found from the data that women were significantly less likely to be represented as speakers compared to men. Information from each of the five years showed that well below half the speakers were women. However, the percentage of female speakers did increase from year to year. While in 2015 only about 30% of speakers were female, this had increased to roughly 37% by 2019. This is not an enormous difference but shows an upwards trend over the years.

We are far from reaching gender equality in oncology; more must be done to enhance the careers of female oncologists.

These upward trends of female representation in oncology were seen at international conferences, but only in certain regions at national conferences. For example, conferences in Europe and South America had steadily increasing numbers of female speakers, board members and presidents, but this was much lower or not seen at all in Asia or Oceania. Knowing about these differences could point to an area of focus for outreach in the future.

Throughout these same five years from 2015 to 2019, women were much less likely to be board members of oncology societies than men. These numbers increased over the study similarly to the percentage of female speakers; however, they are still far too low. These results show again the gender inequality in the field of oncology. Finally, the gender of the presidents of these societies was also looked at. Following the same trend, the presidents were less likely to be female than male, with percentages increasing slightly over the period of the study. This was the lowest of all the data collected with only 22% of presidents being female, confirming the under-representation of women in leadership positions.

The future of oncology
These W4O studies show that the proportion of women as speakers and in leadership positions in oncology is still well below 50%. The slow increase is not enough, and we are far from reaching gender equality in oncology. These increases can only be helped by more initiatives such as the W4O within ESMO which keeps the gender discussion high on the public agenda. These studies are ongoing as W4O continues to investigate female representation at an international level in the long term. Monitoring the situation to provide more information and draw attention to the topic of female empowerment can only lead to positive change for future female oncologists, as well as women already in the field.

Progress in gender equality in oncology is vital. The importance of female representation cannot be overlooked as it is the key to innovation, creativity, and opening up the field of oncology for the future. More importantly, it is simply fair. The diverse members of ESMO must all be offered the same opportunities for equality to be reached. The importance of representation of women in leadership positions in oncology must continue to be highlighted, as it is through this that young women will be inspired to pursue greater success in the future.

Are you planning any outreach activities in the future?

The results of the ESMO W4O studies are presented at the W4O Forum, taking place yearly on occasion of the ESMO Congress (which counts over 30,000 participants from all over the world). In addition to that, the W4O Committee disseminates the results of their studies through regular publications in oncology journals, by making them available on the ESMO website and through communication campaigns on social media.

The ESMO W4O monitoring and authorship study is a longitudinal research, running in circles of three years. The W4O Committee is currently collecting data for the next circle (2020–2022). The scope of research has been expanded by increasing the number of oncology journals covered and by collecting data on their editorial board composition. In addition to this, an exploratory study on gender-related issues has been launched in the Asian Region to inform future activities by ESMO W4O in the region.

Gender equality in oncology: The importance of representation was last modified: November 24th, 2021 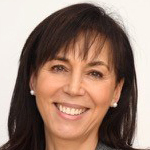 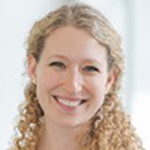 Anna Sophie Berghoff works at the Clinical Division of Oncology, Medical University of Vienna (Austria) and has her clinical focus on CNS Malignancies. She completed her PhD thesis in the Clinical Neuroscience Programme and joined the German Cancer Research Center (DKFZ) Heidelberg (Germany) for a PostDoc Project. 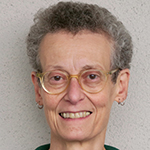 Cristiana Sessa is clinical scientific consultant at the Oncology Institute of Southern Switzerland, Ospedale San Giovanni (Bellinzona, Switzerland). She is also Professor at the University of Bern (Switzerland).

Research conducted through the W4O initiative aims to monitor the representation of women in oncology and provide a long-term, objective set of data and information, with the ultimate goal of raising awareness about gender imbalance in the field and foster change.