Anaesthesiologists play a crucial role in preparing a patient ahead of surgery, and not just physically. Pre-anaesthesia consultations are an opportunity to engage with patients, involve them in important choices, and consider these when making diagnostic, therapeutic, or palliative care decisions. Dr Sibylle Kietaibl at the Evangelical Hospital Vienna in Austria suggests such consultations should also consider patient preferences around blood management. Furthermore, her research has shown that the consultations needn’t be face-to-face – they can be done telephonically.


It’s tempting to think that a patient undergoing surgery has little to do to ensure the operation is a success – after all, they’re anaesthetised or sedated – but the reality is that a patient should be an active participant in the procedure. Whereas the focus may be on the surgeon during the operation, the most significant responsibility in ensuring the patient is best prepared for their role usually falls on the anaesthesiologist. One Austrian anaesthesiologist and critical care physician is drawing attention to an increasingly important part of patient preparation.

Dr Sibylle Kietaibl is a senior anaesthesiologist at the Department of Anaesthesia and Intensive Care at Evangelical Hospital Vienna, and an active proponent of perioperative patient empowerment – the processes necessary to inform and involve a patient before, during, and after a procedure. Humans are not machines; each patient comes with a unique set of circumstances, including a medical history that a physician must record before performing any surgical operation. But there’s another reason physicians need to engage with patients, especially before an operation: modern surgery still carries significant risks, and therefore it’s common for patients to be anxious, even fearful, before going under.

Explaining a procedure in a participatory and respectful manner and then following up with genuine concern for their wellbeing is more than considerate; research has shown that it can significantly reduce anxiety and facilitate postoperative recovery. There’s another reason why such participative medicine is critical: as Malcolm Gladwell explains in his best-selling book Blink, doctors who seem dismissive of patients are more likely to be sued for malpractice. For Kietaibl, a crucial part of patient-centred decision-making with both palliative and legal ramifications is around blood management. 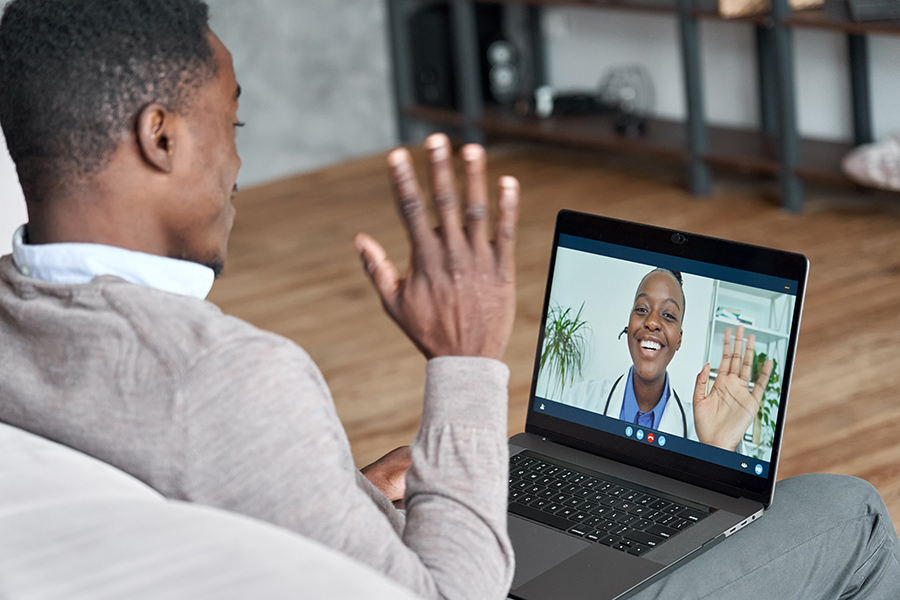 Perioperative patient blood management, or PBM, is critical to any major surgical procedure – a loss of blood, a sudden drop in blood pressure, the onset of anaemia, or complications during blood transfusion can have catastrophic consequences. But there’s a component to PBM that Kietaibl feels needs further consideration: asking patients about their preferences in the case of bleeding and anaemia. As much as we’d like to think that blood transfusions are routine, they come with significant risks, and there are those who, for ethical or religious reasons, reject transfusions, specifically allogeneic transfusions – those from a donor. And this is where anaesthesiologists can play a vital role.

During the phone conversations, the physicians were fully able to assess a patient’s risk status.

Anaesthesiologists have the opportunity for considered face-to-face time with a patient before an operation. The pre-anaesthesia visit is a vital part of the patient’s preparation, during which the anaesthesiologist assesses the patient’s overall status and potential risk factors and indicates optimisation of their condition for the procedure; this includes checking for pre-operative anaemia. It is a critical time for engaging with a patient – immediately before a procedure is when a patient’s anxiety levels are likely to be at their highest, especially around concerns should there be complications. Therefore, the anaesthesiologist’s responsibility is to encourage a patient to ask questions and include them in important decisions. According to Kietaibl, it should involve enquiring about any preferences in the event of a blood transfusion. For example, those who object to allogenic transfusions should be made aware of alternatives such as autologous cell salvaged blood – recovering blood lost during surgery and re-infusing it into the patient.

For Kietaibl, communication is critical, and it’s not a one-way process. During a pre-anaesthesia visit, physicians should do more than impart medical knowledge; they should allow patients to express their needs and expectations, invite questions, present care alternatives where possible, and encourage patients to make a choice. When physicians do speak, they should use clear language, preferably avoiding complicated medical terminology, but not in a condescending way. Communication is also more than what is said. Physicians should show that they respect the patient’s religious or ethical preferences and are aware of their specific medical context; during a pre-anaesthesia visit, the physician must establish the patient’s trust. Transparency is essential, and to this end, Kietaibl emphasises the importance of ensuring the patient has issued written or explicit verbal informed consent or refusal to elements of a procedure, especially around patient blood management – the patient must have no doubt their participation is respected.

This may sound like a standard pre-anaesthesia procedure, but as Kietaibl points out, the systematic assessment of patient preferences related to PBM is not routine, and she emphasises the need for a consistent conversation framework and clear communication guidelines from counselling and communication specialists. But there’s a component to this pre-anaesthesia procedure and participative medicine communication that Kietaibl suggests anaesthesiologists should consider that sounds counterintuitive: it needn’t happen face-to-face.

Consistent with routine hospital procedures, the patients completed an anaesthesia questionnaire and were encouraged to learn about anaesthesia techniques and risks via selected multimedia. They were also asked to complete an online ‘self-description questionnaire’ that was, in fact, a State-Trait Anxiety Inventory (STAI). The purpose was to measure their general levels of anxiety, or anxiety as trait (STAI-T), and their anxiety ahead of a particular event, referred to as anxiety as state (STAI-S) – in this case, their operation. This was their first of two tests; the second was after the pre-anaesthesia consultations.

For the consultations, the anaesthesiologists received training from a psychologist in common communication mistakes and misunderstandings in person and on the phone. This was to optimise and harmonise the quality of pre-anaesthesia communication. About a week before their operations, the patients received their pre-anaesthesia consultations – either telephonically or face-to-face at a pre-anaesthesia outpatient clinic. The patients were tested again within two hours of the start of the operation but before they received any anxiolysis medication to reduce their anxiety.

As much as we’d like to think that blood transfusions are routine, they come with significant risks, and there are those who, for ethical or religious reasons, reject transfusions.

What emerged was that while anxiety levels increased in both groups immediately before the procedure, which is understandable, there was little difference in anxiety levels between the two groups. This was important because while face-to-face consultations have benefits, they are not without added burden on patients, who must travel to clinics for consultations. Critically, during the phone conversations, the physicians were fully able to assess a patient’s risk status. Furthermore, Austrian lawyers and patient ombudsmen agreed that the study’s procedures fulfilled patient safety requirements for pre-anaesthesia consultation and the legal regulations regarding identity verification and data security.

Several things were in the study’s favour. Patient anxiety levels were not noticeably high ahead of surgery. Keitaibl suggests this was likely because the scheduled surgeries were mostly minor, and the patients were largely well-educated, employed, and generally in good health. Anxiety levels would probably have been different if the surgeries carried higher risks or the patients were less educated, in financial difficulties, or suffered from co-morbidities. According to Kietaibl, these are areas for further research. 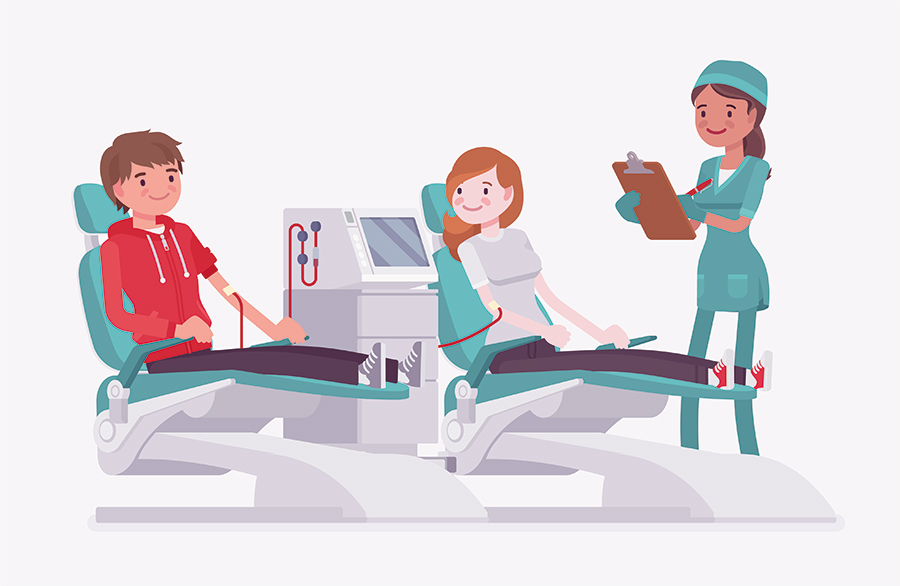 Nonetheless, Kietaibl’s study has encouraged a rethink of how anaesthesiologists can conduct pre-anaesthesia consultations, including preferences around perioperative patient blood management. Telemedicine is a growing component of patient care, but there are still concerns about its limitations. This study has shown that consultations by phone can provide the necessary transfer of critical pre-anaesthesia information between the physician and patient in a way that is legally and medically sound, encourage patient participation in a procedure, and significantly help fulfil the physician’s important role in reducing pre-operative anxiety and showing the care that patients expect and deserve.

Why is it so important for doctors to involve patients in their diagnostic, therapeutic or palliative care decisions?

Doctors increasingly involve patients in choosing the course of action in their individual care because participatory medicine improves value-oriented quality and safety outcomes. Patient empowerment and engagement are important across the continuum of care for optimising the healthcare system and reducing resource use and costs.
Should pre-anaesthesia consultations be done telephonically? was last modified: January 19th, 2023 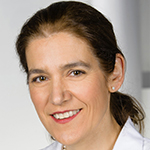 Dr Sibylle Kietaibl is anaesthesiologist and intensive care physician at the Department of Anaesthesia and Intensive Care at Evangelical Hospital Vienna. Her ongoing research focus is on perioperative patient empowerment, anxiety, and wellbeing, and to this end she has helped prepare patient information in barrier-free written and visual media.