Biology
In many countries, rice is a staple crop within people’s diets. There are many insect pests to rice. Of these pests, one of the most devastating to crops is the brown planthopper. Recently, in Asia, the brown planthopper has become resistant to various pesticides, including the frequently used imidacloprid. Dr Tomohisa Fujii from Kyushu Okinawa Agricultural Research Center, NARO and his colleagues used data from three different sources (datasets, experiments and the field) to discover patterns of cross resistance between imidacloprid and other pesticides from the same class: neonicotinoids.

The effectivity of pesticides used to combat the brown planthopper (Nilaparvata lugens) has recently been fluctuating in Asia, and Dr Tomohisa Fujii and his colleagues wanted to discover why. They set about collecting long term data about the brown planthopper’s insecticide susceptibilities and collated them with data from field and experimental trials to discover the patterns of cross resistance. The team were particularly interested in how resistance to one pesticide, imidacloprid (a type of neonicotinoid) varies throughout countries. By uncovering how imidacloprid resistance can lead to cross resistance of other neonicotinoids, they hope to contribute to effective insecticide resistance management.

The brown planthopper
The brown planthopper is an insect pest of rice (Oryza sativa). It lives in temperate and tropical zones of Asia. When these insects target a rice plant the plant loses its golden glow and turns brown before dying. This results in a yield loss which can have implications for the farmers, the economy, and people’s diets. The brown planthopper also acts as a bridge or ‘vector’ between rice and two viruses: the rice ragged stunt virus and the rice grassy stunt virus. Vectors help transmit a virus to its host – in this way the brown planthopper has a dual effect on plant health.

Like many ailments, prevention is better (and cheaper!) than cure. So farmers spray their fields with insecticides. Neonicotinoid and phenylpyrazole insecticides have been successful since the 1990s in preventing invasion from the brown planthopper. However, the effectiveness of some neonicotinoids has begun to fluctuate.

Insecticide resistance
Resistance occurs when a mutation (a change in genetic material) means that the insecticide no longer affects the pest being controlled against – this mean the insecticide fails to diminish the numbers of the pest. The mutation which leads to the resistance will also make the pest resistant to other insecticides, often from a similar type. Developing resistance to one substance through exposure to a similar substance is known as cross resistance.

Neonicotinoids work by targeting the central nervous system (CNS) of insects. If a mutation occurs that changes the CNS to make it resistant, it is likely that the insect will become resistant to other CNS-altering insecticides. This has occurred between imidacloprid (a neonicotinoid) and thiamethoxam (another neonicotinoid).

Insecticide susceptibility
Insecticide susceptibility is a series of tests which ensures that pest control treatment is still working. If it isn’t working, it means new, more effective drugs must be created or farmers should change their methods. The quantity needed of a certain strength of pesticide to kill half of the animals in an experiment is calculated. The result is known as the LD50 level.

Clearly, the relationship between pesticides and the brown planthoppers that are targeted by them is complex.

The solution
Dr Tomohisa Fujii and his colleagues gathered already existing data and combined this with their own lab experiment and field experiment (Fujii et al., 2019). Although helpful, field studies do not allow for the stringent manipulation of variables which are outside of the farmer’s control. These include the external temperature of the environment and the genetic material of the pests themselves.

The researchers aimed to see the “bigger picture” to detect how resistance works within neonicotinoid pesticides. They used both field and laboratory experiments to make this picture as clear and accurate as possible. Insects from the Philippines and Vietnam were used due to their vastly contrasting genetic backgrounds (selection pressures are different in different countries).

Field experiment
Brown planthoppers were gathered from fields that had not been treated by pesticides. The insecticide susceptibility was monitored against ﬁve neonicotinoids: imidacloprid, thiamethoxam, clothianidin, dinotefuran, and nitenpyram. A pesticide (fipronil) from a different class of pesticide (phenylpyrazole) was used as a comparison.

Lab experiment
Laboratory-selected strains of brown planthopper which were resistant to imidacloprid were produced. The team applied imidacloprid following the previously developed topical application method (Matsumura et al., 2014). This method involves anaesthetising females with long wings, and then applying the substance to their thorax. Different concentrations of the insecticides were tested. The number of brown planthoppers that had died was recorded after 24 hours.

The adult females that don’t die are placed into rearing boxes along with some male insects. Mating occurs, the genes for resistance are passed on and a new laboratory-selected strain is produced. To create a control strain (important so that researchers can be sure another variable isn’t changing behaviour) a similar approach was followed using acetone.

Clearly, the relationship between pesticides and the brown planthoppers that are targeted by them is complex.

Conclusion
So, although resistance is a great problem in Asia, the researchers have created a series of trials which have suggested an achievable and realistic way to help combat it and slow it down. Where there are insects resistant to imidacloprid and/or thiamethoxam, then dinotefuran and nitenpyram can still be used as they will not be influenced by the imidacloprid resistance. If resistance increases further, policies can be created, and marketing strategies established to ensure insecticide resistance management is efficient and effective.

Furthermore, more research should be pursued which analyses the bodily processes of the resistant insects. Enzymes in the insects should be further studied, to assist with the management of insecticide-resistant brown planthoppers. In the future, researchers should aim to investigate the cross-contamination patterns of multiple pesticides against multiple species.

Do you know whether any affected non-target species have also developed resistance to neonicotinoids? 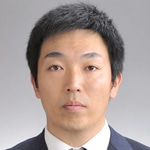 Dr Fujii is a researcher at Kyushu Okinawa Agricultural Research Center, National Agriculture and Food Research Organization (NARO). To understand delaying development of insecticide resistance and virulence to resistant crops, his studies focus on insecticide susceptibilities and the virulence to resistance rice cultivars of the brown planthopper.

Dr Fujii examines the effect of neonicotinoids on the brown planthopper.

A grant from the Genomics-based Technology for Agricultural Improvement, PRM06 in the Ministry of Agriculture, Forestry and Fisheries of Japan.