Dr Sandra Della Porta from Brock University in Ontario, Canada, investigates the use of social power in early childhood. Her most recent research demonstrates how children’s use and effectiveness of power strategies develops over time, but can also be influenced by birth order. The study involved analysis of naturally occurring family conflict, to ensure complex family dynamics such as parent–child and sibling relationships were observed.

Early childhood is a period of rapid learning and development, especially in relation to social-cognitive skills. Dr Sandra Della Porta from Brock University in Ontario, Canada, has undertaken a wealth of research focusing on the development and use of power strategies in early childhood. In a social context, power is used to influence another person in the way they think or act, and we often implement power strategies during times of conflict. Studying family disagreements is an important means by which researchers can investigate children’s use of power strategies. Della Porta believes that these learning moments help younger children to develop their own power strategies, for use in future conflicts and the development of social relationships.

​Types of power strategies
People will typically administer power strategies to achieve a personal goal, and effectiveness of power can be inferred in conflict based on a winning or losing outcome. Previous research has highlighted that within early childhood there are five main power strategies. The first is ‘coercion’, which involves using threats or physical aggression, such as hitting, grabbing or pushing. The second is ‘reward’, which sees children using positive and negative reinforcement to influence an outcome, for example exchanging something they have to get a toy they want. The third is ‘legitimacy’, which is related to internalised values, rights or authority. The fourth is labeled ‘simple’, and involves a child demanding something without any explanation. The final strategy is ‘information’, where logic, justification, or reasoning is used in order to influence another person’s actions or thoughts. These power types vary in the sophistication of their cognition. Coercive and simplistic power are considered to require more basic skills, whereas information requires more advanced cognition. A previous study conducted by Della Porta and her research colleague, revealed that different power strategies may be used depending on a person’s role within the family, particularly within a mother–child relationship.

Polyadic family conflicts
Many previous research studies focusing on strategies to resolve conflict in early childhood, have analysed interactions dyadically, between two family members. This may not accurately reflect the complex social dynamics that take place within families, especially during conflicts. According to the ‘Family Systems Theory’, individuals are best understood within the contexts of family, as this is an emotional unit. Therefore, Della Porta feels it is important to observe polyadic conflicts, involving three or more family members, within her research.

Della Porta’s research provides an important insight into how children’s power strategies develop over time and can be impacted by birth order.

Early childhood use of power
In 2017, Della Porta and her research colleague investigated differences in the use of power strategies between older and younger siblings. They found no variance in the siblings’ use of power, leading the researchers to speculate that the younger sibling may have developed their skills to match those of the older sibling. They did find a difference in the effectiveness of the power strategies used by each sibling. Older siblings used ‘legitimate’ power more successfully, possibly due to their advanced development in terms of values and entitlement. Whereas younger siblings used ‘reward’ power more effectively to elicit winning outcomes within family conflict.

Della Porta and her research team undertook a further study in 2019, which investigated power between parents and children in family conflict, and a more recent study in 2021, investigating sibling use of power and its development longitudinally. Interestingly, researchers found that more complex and varied power strategies were used by younger children, aged two to four years old, when they were in conflicts with siblings rather than their parents. These younger children mainly used ‘coercive’ strategies with their parents, but also deployed ‘simple’ and ‘reward’ based strategies when in conflict with siblings. It was theorised that a less cognitively complex approach may be taken with parents, as they are able to use more effective counter strategies than siblings. This research also found evidence of developmental changes over time, which evidences that social–cognitive learning does occur during family conflicts.

Study aims and methodology
For Della Porta’s 2021 study, forty Canadian families, with two parents and two children, were observed two years apart. The first occasion was when their children were two and four years old, the second was when the siblings had reached four and six years old. This enabled the research team to compare the effects of birth order, by reviewing behaviour of the four-year-olds in the context of being an older or younger sibling. In-home observations were conducted, and the families were instructed to act normally, undertaking typical everyday activities. The observers remained relatively unobtrusive, recording the conversations between family members, while simultaneously dictating what they could see. After the research, transcripts were used to identify both verbal and nonverbal behaviours. Conflict sequences were identified when one family member opposed another’s actions or statements. The use of power strategies was then coded within each conversational turn throughout the conflict. Resolution of the family conflict was categorised as either win–lose, compromise, or no resolution.

Ahead of the results, Della Porta and her team made three predictions about the outcome of this study, influenced by previous research findings. They believed that children’s use of power strategies would become more cognitively complex across the two-year period. In addition, they forecast that four-year-olds who were the younger sibling would demonstrate more advanced uses of power, possibly because they have gained skills from their older siblings. Finally, they expected that birth order would impact effective use of power.

Studying family disagreements is an important means by which researchers can investigate children’s use of power strategies.

Results and key learnings
The results from this study did demonstrate some support for an increased sophistication of power use over time. In the first time period, both siblings were more likely to use ‘coercive’ power, involving threats and acts of aggression. This may be explained by the difficulty that pre-schoolers have in regulating their emotional reactions, especially when frustrated or facing conflict. In the second time period, both siblings showed use of ‘information’ power, which is cognitively more complex. This represents the maturation in children’s language skills once they are of school age. Della Porta believes the more advanced power use by younger siblings could be due to their experience of complex interactions involving their parents and older siblings. However, the research predictions were not completely met, as ‘simple’ power use was evident across both time periods when it was expected to be more prevalent within the first set of observations. Although, the findings did highlight that the effectiveness of ‘simple’ power was shown to increase over time.

Interestingly, the number of polyadic conflicts decreased over time, which is supported by Della Porta’s previous research. This may be due to parental involvement being needed less in conflict management or because conflict is more likely to involve just the parent and the child, rather than multiple parties. In addition, the research findings showed partial support for the influence of birth order upon the effectiveness of power strategies. Four-year-olds, who were the younger sibling, showed more successfully use of ‘reward’ strategies, than those of the same age who were an older sibling. These younger siblings demonstrated a greater use of negative emotions within their power strategies, which may have been employed specifically to gain support from parents. Della Porta has speculated that this may be effective because of parental trends towards perceive younger siblings as the victim within a conflict.

Della Porta’s research provides important insight into how children’s power strategies develop over time and can be impacted by birth order. The use of family conflict frames these findings within an authentic and natural context, involving complex family dynamics. This study, along with Della Porta’s previous research, illuminates the process of social–cognitive development in early childhood, highlighting how children learn to navigate the social world around them. Della Porta suggests that further research in this area should look to assess how these power strategies are transmitted across other social relationships, as well as further assessing how these power strategies affect children’s thoughts, beliefs and behaviours. 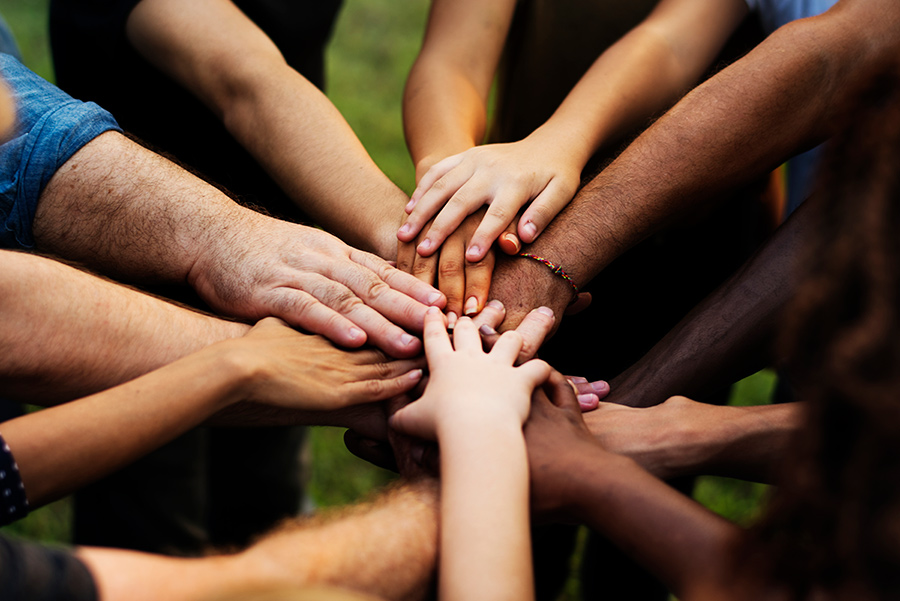 How do you hope clinicians will use your research findings to help support families with young children?

Research findings from these four studies speak to the complexity of social power, as it begins to develop in young children within the family system. Social power varies by type of relationship, age, birth order, and conflict context. Parents, educators, and clinicians can use these findings to recognize that social power does not equal mischief or dominance; rather, it reflects children’s developing agency, assertiveness, and mediation skills. It is the exercise of constructive conflict resolution through power strategies that impacts family functioning and relationship interactions. Thus, it is not about who has the power but how power is used and fostered in a healthy manner.

The uses of social power in early childhood was last modified: December 17th, 2021 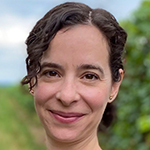 Dr Della Porta has a multidisciplinary background in psychology and education, specialising in early childhood. In combination with her practical experience working with children, she has built a research programme studying social power and power dynamics as it exists in informal and formal learning contexts (eg, family exchanges, teacher-child interactions, social play).

Dr Della Porta is affiliated with the Bachelor of Early Childhood Education programme in the Department of Educational Studies at Brock University. brocku.ca/education/programs/early-childhood-education 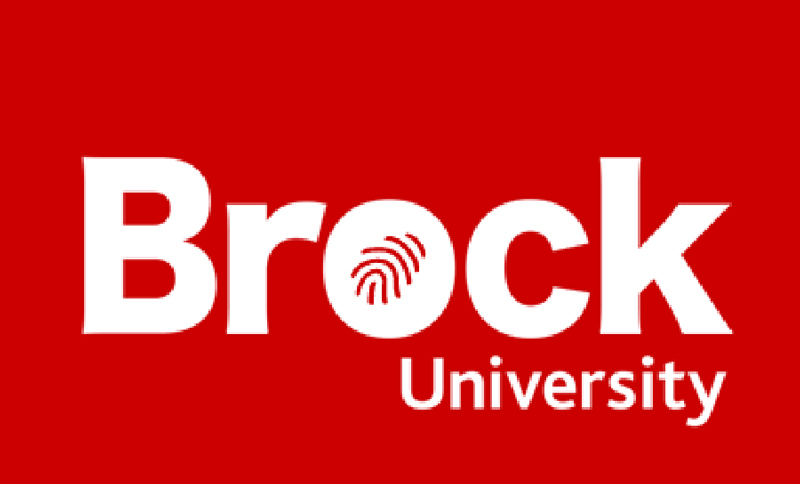