Dr Wen-Harn Pan, Institute of Biomedical Sciences, Academia Sinica, is interested in the relationship between nutrition and health. One of her most recent projects, published last year, investigated the link between attention deficit hyperactivity disorder and whether risk factors such as allergy and anaemia could be modified to improve the ways in which attention deficit hyperactivity is both identified and treated.

Attention deficit hyperactivity disorder (ADHD) appears to be becoming more prevalent in children. Although not clear whether this is due to an increase in the incidence of the disorder, or whether better diagnostic tools simply detect more cases, ADHD can have substantial impacts on children and their families. The work of Dr Wen-Harn Pan at the Institute of Biomedical Sciences, Academia Sinica, explores some of the risk factors associated with the disorder, with the ultimate aim to improve its diagnosis, prevention and management.

ADHD is one of the most commonly diagnosed neuropsychiatric disorders in children and is characterised by a lack of impulse control, inattention and hyperactivity. ADHD can have significant impact on a child’s performance at school, family relationships and social interactions between the child and their friends and family. 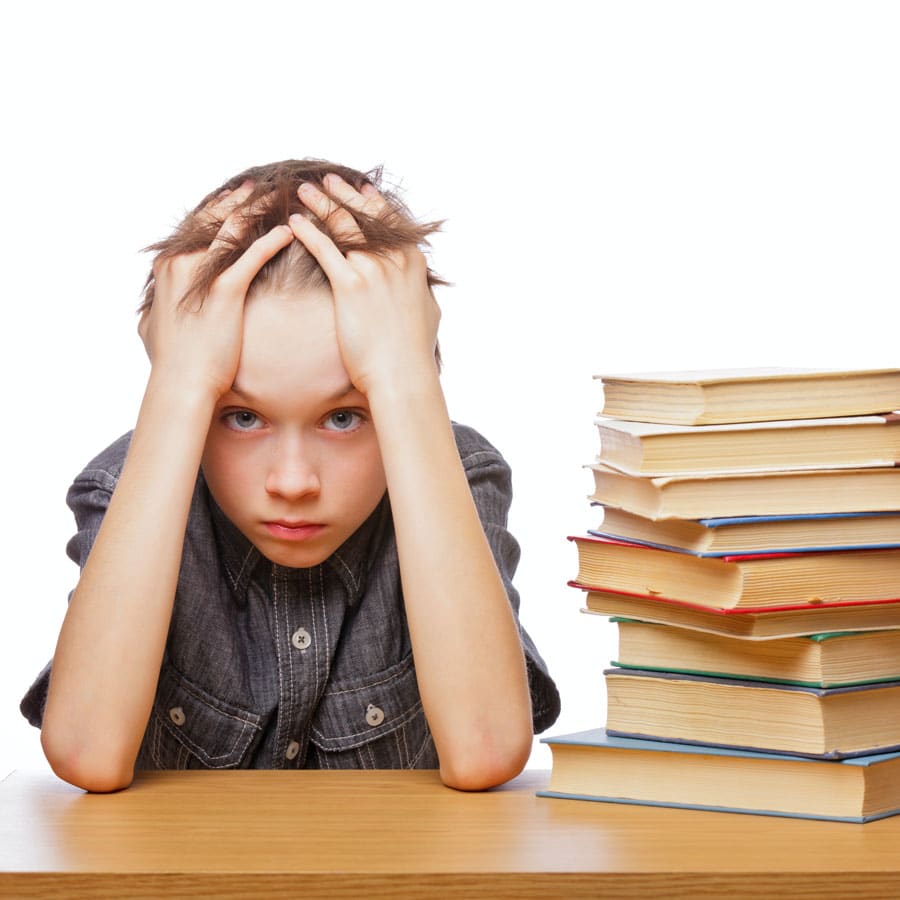 Interestingly, ADHD is associated with several comorbidities, defined as additional conditions occurring alongside the main disorder, including allergic disease, anaemia (low levels of haemoglobin, the red pigment in red blood cells that carries oxygen), and low levels of serotonin (a neurotransmitter, sometimes called the happy chemical). If this association can be better understood, then there may be potential to modify some of these risk factors, and in turn to improve quality of life for children diagnosed with ADHD.

Understanding ADHD further
Dr Pan and her colleagues recruited 216 children diagnosed with ADHD, and 216 children without ADHD but who were similar in terms of age, sex, height and weight from 31 schools in Taiwan. The students were aged between 8-10 years old, and a diagnosis of ADHD was confirmed by a child psychologist.

The International Study of Asthma and Allergies in Childhood (ISAAC) questionnaire to measure signs of allergy and blood samples were analysed to link to the number of white blood cells, immunoglobulin E levels (IgE) and serotonin levels. The researchers measured IgE because it is an antibody which is often elevated in allergic diseases. In addition to IgE, a type of white blood cell, eosinophils, are often found in allergic diseases as they respond to tissue damage and inflammation. The most common cause of anaemia, defined as a reduction in haemoglobin concentration, is a lack of iron. Indeed, low levels of iron have previously been associated with behavioural problems in children. Understanding the role of anaemia in ADHD is also important in treating ADHD, as previous studies have shown that iron deficiency may also reduce the effectiveness of drugs used to treat the condition.

Serotonin was included in Dr Pan’s study as mutations in the serotonin gene have been shown to influence impulsivity in humans and there is a link between serotonin levels and immune responses, potentially showing a link between serotonin, allergy and ADHD. However, previous studies have not been able to show an association between ADHD and serotonin levels. This study with larger sample size therefore provides valuable evidence for confirming this relationship. Other neurotransmitters, such as dopamine or norepinephrine, may also be involved in ADHD but were not measured in this study.

The presence of four biochemical factors was associated with a 6-7-fold increase in the risk of having ADHD.

The research team wanted to investigate whether common comorbidities or biochemical factors are singly or additively associated with an increased risk of ADHD as there may be a cumulative effect of risk factors.

Findings from the study
Blood samples from the students were analysed and interpreted in combination with information on family education levels, family income, lifestyle and disease history of students and their parents that was collected using a questionnaire.

Four indicators were found following statistical analysis of the results and Dr Pan and her team identified haemoglobin, eosinophil, IgE and serotonin as being associated with ADHD. The researchers found that children with signs of allergy were two times as likely to have ADHD and those with ADHD often had low levels of haemoglobin, a marker of anaemia, as well as lower level of serotonin but high IgE and eosinophil levels. One of the reasons that allergies, such as allergic rhinitis (hay fever-like symptoms), atopic dermatitis (eczema) and asthma may be associated with ADHD is that the immune responses resulting from allergic diseases may affect the central nervous system. Due to this, children may be more likely to develop or aggravate neurological disorders. In addition, treatment of allergies has also been associated with an improvement in ADHD symptoms.

Overall, the greater the number of comorbidities the child had, the greater the chance that they would be diagnosed with ADHD. The presence of four biochemical factors was associated with a 6-7-fold increase in the risk of having ADHD.

The statistical analysis also considered social factors and the study revealed that the children with ADHD were more likely to have parents with lower education levels, unstable incomes, from manual jobs, potentially leading to high levels of stress, siblings with ADHD and previous health problems during or after birth. In addition, children with ADHD tended to have mothers who were current smokers, smoked during pregnancy and had experienced miscarriage symptoms in their first trimester of pregnancy. This is interesting as these results suggest there may be sociological influences on the occurrence of ADHD, as well as biological influences.

Whilst it is important to remember that these relationships may not be causal, e.g. allergy does not cause ADHD or vice versa, the findings of Dr Pan’s research increase understanding of underlying mechanisms of ADHD and offer potential novel therapeutic and treatment options.

This study is one of the first to examine the relationship between ADHD and allergies, in combination with indicators of inflammation and immune responses.

What do these findings mean?
This study is one of the first to examine the relationship between ADHD and allergies, in combination with indicators of inflammation and immune responses. 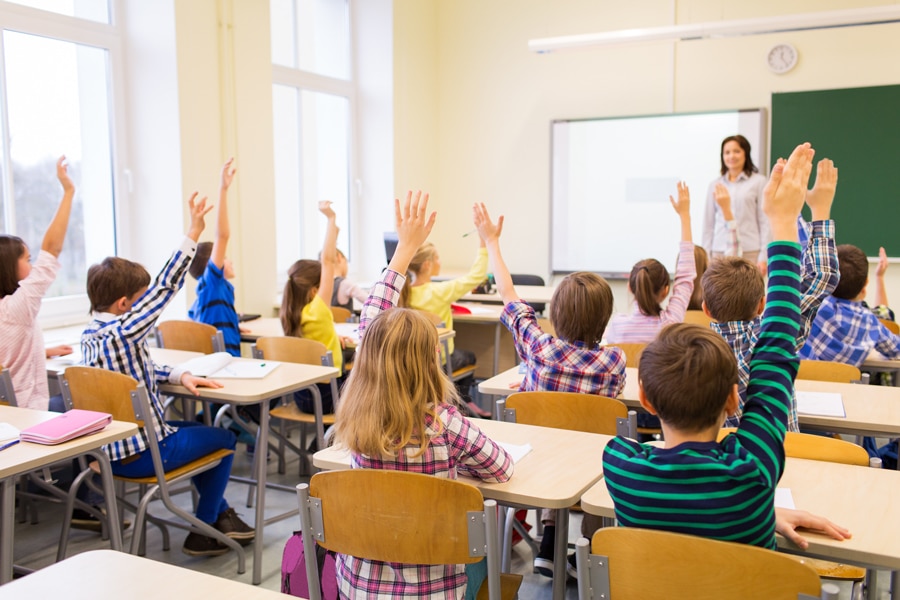 The findings of Dr Pan and her team suggest that the causes of ADHD are multidimensional and other conditions, such as allergy, anaemia, inflammation and low levels of serotonin may have similar underlying causes to ADHD. Children with ADHD had more allergic conditions than children without, although the causal relationship between the two is not currently clear. Dr Pan proposes that allergic reactions result in inflammation and the immune reactions may stimulate a neuroimmune mechanism in the brain and affect emotional and behavioural control. Iron is also involved in neurotransmitter production, so iron deficiency could be the link between anaemia and ADHD. Whilst the blood samples from children with ADHD did not reach the threshold criteria for anaemia, a trend towards lower levels of haemoglobin was observed.

Although this study was much larger than previous studies, the finding that lower levels of serotonin was associated with ADHD is controversial, suggesting that further work still needs to be done in this area in order to confirm this relationship. In particular, more longitudinal studies observing subjects repeatedly over a longer time period and intervention studies are needed to determine whether ADHD risk could be modified by managing allergic symptoms, haemoglobin levels and serotonin levels. Limitations of the study include the lack of causal relationships and the oversimplification of ADHD and allergy diagnosis, however the findings are another piece in the puzzle of ADHD causal pies.

Routine screening for these risk factors is straightforward and can be easily performed, therefore the findings of Dr Pan’s study play an important role in devising comprehensive diagnostic and treatment strategies for ADHD in the future.

How will you take the findings of this study forward and do you have other studies planned to further investigate the association between ADHD and other clinical indicators?

<> My colleagues and I are undertaking a prospective study to investigate whether children with allergic diseases will develop ADHD. Furthermore, since poor quality of diet has been linked to allergic disease and poor-school performance, I am investigating the association between ADHD and dietary and nutritional factors.

ADHD and its comorbidities: Implications for management was last modified: June 9th, 2019

Dr Wen-Harn Pan is currently a Distinguished Research Professor in the Institute of Biomedical Sciences, Academia Sinica, Taiwan. She is a nutrition epidemiologist and has led the Nutrition and Health Survey in Taiwan since 1992. Dr Pan won the Life Time Achievement Award from Asia Pacific Society of Clinical Nutrition. Dr Pan is a Fellow of the American Heart Association (FAHA).

Can cognitive impairments caused by methamphetamine use perpetuate the addiction cycle?
Behavioural Sciences
Read This Article
How does nutrition underpin developmental milestones in toddlers?
Health & Medicine
Read This Article