Health & Medicine
Traditional cookstoves fuelled by locally sourced wood are found in homes across sub-Saharan Africa. Some 70% of the population use traditional cookstoves to burn wood, and as a result produce 19 megatonnes of ash every year across the region. The ash is generally dumped nearby or scattered on farmland, but what exactly is in the ash? Quantifying the amounts of heavy metals and carcinogenic molecules in this ash is important for understanding the dangers of ash management. Nigerian researchers Ayotunde Etchie and Tunde Etchie are collaborating with Cambridge scientist Nedunchezhian Swaminathan to investigate the impacts.

Access to energy is a key issue for global development. Improved access to energy correlates with nutrition, education, health, and sanitation, and the UN states that “energy is central to nearly every major challenge and opportunity the world faces today.” However, energy use inevitably leads to greenhouse gas emissions and pollution – though this varies significantly with the type of energy source.

In the developed world, energy used in houses is generally sourced from so-called ‘clean’ fuels: a term defined by the UN which encompasses biogas, ethanol, LPG, natural gas and electricity. These sources produce lower amounts of pollutants than their ‘unclean’ counterparts, like coal, wood and kerosene. 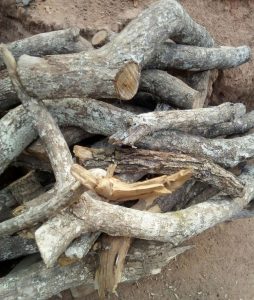 But in developing nations, it is a different story. Many countries around the world have limited access to clean energy sources, and nowhere is this more true than in the countries of sub-Saharan Africa. In these 50 countries, 70% of the population use traditional cookstoves to burn wood. Not only does this cause air pollution, it also generates enormous quantities of ash, containing toxic substances including heavy metals and carcinogens.

Wood ash: Hazardous or Harmless?
Despite the dangers associated with ash, generally it is not treated as a hazardous substance, and it may be discarded near to where people live, or scattered on land used for growing crops. It is likely the hazardous components of ash may concentrate in the soil or water and bioaccumulate in the food chain, eventually reaching humans. It is also likely that children – who spend more time closer to the ground − are disproportionately affected by this kind of activity. Limited access to running water and a low literacy rate mean that children are also unlikely to wash their hands before eating, compounding the effect. Consumption of these kinds of pollutants is known to lead to permanent loss of cognition, disability, reduced lifespan and even death.

Quantifying Pollutants in Ash
Despite the possible implications of wood-burning stoves in sub−Saharan Africa, the concentration of pollutants in the resulting ash is unknown. Ayotunde Etchie at Covenant University, Nigeria, and Tunde Etchie at Federal University Lokoja, Nigeria, are working with Nedunchezhian Swaminathan at the University of Cambridge to ascertain the potential for harmful exposure to pollutants.

Their recent study aims to quantify exposure to wood ash across the sub-Saharan region, and understand how this exposure is likely to impact on health. But studying such a large region is difficult, especially as there are many factors which affect a population’s ash exposure.

As a result, the team used Monte Carlo simulation to assist their estimations. Monte Carlo simulation can be used to model phenomena with lots of uncertain variables. It’s a technique which has been used by the US coast guard to identify possible locations of boats during rescue operations, and by the Intergovernmental Panel on Climate Change to analyse the effects of greenhouse gases, both of which have many unknown variables.

Relevant Factors for Monte Carlo Simulation
There are multiple relevant variables: the population and population density of each country, as well as the proportion who cook with wood, the quantity of wood burned and resulting ash produced, and the density of different species of tree. Simulating the effect of the resulting ash also requires estimates of accidental wood ash consumption, the amount of each toxin in the ash, and the bioavailability and potency of those toxins.

One square kilometre of land can have up to 4,000 kilograms of wood ash dumped onto it every year.

Some of these values are easier to determine than others – for example, the UN keeps accurate population data, and has some information about the density of different tree species. However, the amount of wood ash produced by traditional cookstoves is poorly documented, as is the amount of different types of toxin in wood ash.

Traditional African Cookstoves
To generate values for the insufficiently-documented variables, the team began collecting data from randomly-selected homes and factories in Central Nigeria.

Traditional African cookstoves come in two major designs. The first are three-stone fires, which are typically used for household, small-scale cooking, and are made from cement and sand. Typically these are fuelled with branches, twigs and bark, as well as waste wood from construction sites. The second type are built-in-place cookstoves, constructed from mud, and known locally as mogogo, jiko, kilakala or aro amo. These stoves are more likely to be fuelled with woody stems from forests rather than local material.

These difference between the two structures is considerable: three-stone fires resemble campfires in their construction, whereas built-in-place cookstoves for bread-making are as large as pizza ovens. The team studied six of each type of stove.

Measuring ash production in Central Nigeria
Over six months, 72 measurements were performed – six consecutive days of ash production at 12 different stoves − and the ash produced was weighed, with samples being quickly stored on ice and taken for analysis at a laboratory.

In the laboratory, each sample was analysed for the amount of 16 types of polycyclic aromatic hydrocarbons using gas chromatography, and the concentration of 11 heavy metals – arsenic, cadmium, chromium, aluminium, cobalt, copper, iron, lead, nickel, zinc and mercury. All of the cookstoves studied produced ash amounting to over 1% of the original mass of wood, suggesting that ash is a major by-product for all traditional African cookstoves. However, the difference between the two types of cookstove was significant – three-stone fires produce almost double the mass of built-in-place cookstoves.

These results may reflect their different constructions – built-in-place stoves have just one opening and so conserve more heat – but the difference may also reflect how each type of stove is generally used. Waste woods, bark, leaves and twigs, as are often used in three-stone stoves, are known to generate more ash. Three-stone stoves were also used for less time – around 4 or 5 hours compared with 6 to 10 – giving the ash less time to burn and achieving lower temperatures than built-in-place stoves.

The toxic metals in wood ash
Of the heavy metals tested, aluminium and iron were most prominent, both making up more than 1% of the ash. This distribution of metals is likely to be a result of both the species of tree burned as well as the composition of the soil they were grown in.

A concerning result, despite being at trace levels, was the presence of both lead and mercury, both of which were more concentrated than zinc or copper. Given that previous studies have found the inverse result elsewhere on the globe, it is likely that this is because Nigerian soils have particularly high levels of toxic metals. This matches previous assessments of Nigerian soil in other studies, which have found high background concentrations of lead in Nigeria, an effect known to be exacerbated by ore and coal mining across Nigeria.

Ash from three-stone fires was found to contain more lead and mercury than built-in-place stoves, indicating that locally-grown brushwood, twigs barks and waste woods contain more of these components than woody stems.

Toxins, previously locked up underground and in trees is being converted into ash and scattered across living space
and on farmland.

Carcinogens
Of the polycyclic aromatic hydrocarbons, 3-ring molecules were more prominent in the three-stone fire stoves, and heavier 4-ring molecules were more prominent in build-in-place stoves. It is thought that ring structures are formed in free radical reactions during pyrolysis of wood, so molecules with more rings are probably a result of the higher burn temperatures, longer burn times and lower ventilation in built-in-place stoves.

Overall concentrations of these polycyclic aromatic hydrocarbons were much higher in this study than biomass ash in previous studies on more efficient combustion systems like furnaces and ovens from around the world.

The scale of the problem
Both types of cookstove produced ash with a mercury content higher than the Finnish and Swedish limits for ashes used for forest fertilisers. The arsenic, mercury and polycyclic aromatic hydrocarbon content was higher than the US Environmental Protection Agency’s limit for residential disposal.

The sub-Saharan region produces around 19 megatonnes of ash every year. According to the estimates in this study, this amount of ash contains hundreds of tonnes of arsenic, cadmium, and chromium, as well as more than a kiloton of mercury and three kilotons of lead. These toxins, previously locked up underground and in trees is being converted into ash and scattered across living space and on farmland.

Thinking locally
The populations of Rwanda, Burundi, Uganda, Nigeria, Guinea-Bissau are amongst the most exposed to wood ash toxins. In these countries, one square kilometre of land can have up to 4,000 kilograms of wood ash dumped onto it every year. 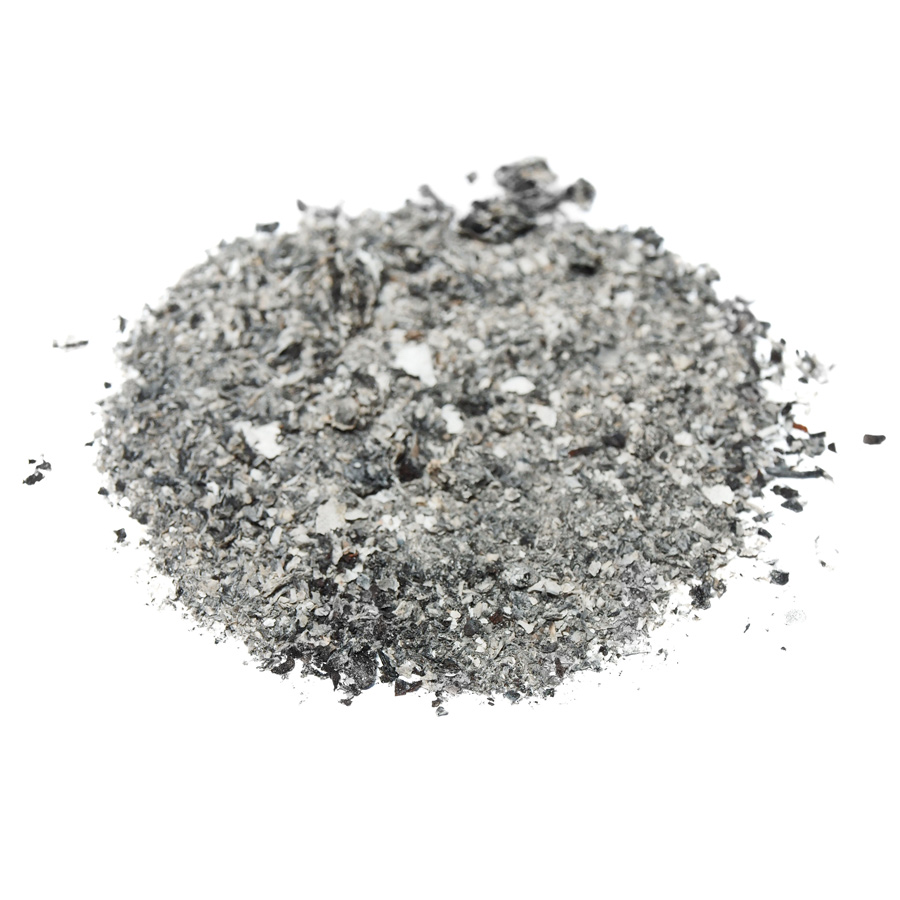 The risk to human health from ingesting this material is staggering. Based on the estimates from the Monte Carlo simulation, children under five in countries producing the highest amounts of ash are likely regularly exposed to enough lead to cause permanent cognitive disability. This is also true for the amount of benzo(a)pyrene. On their own, these toxins are known to affect brain development, and in reality, where the health effects are compounded, the situation is likely much worse.

Better cookstoves, or better disposal?
But it doesn’t have to be this way. Whilst there are differences in the ashes produced by different constructions of wood-burning cookstoves, a more important factor in terms of limiting risk to human health may be in how wood ash is handled.

Treating wood ash as the hazardous substance, rather than an inert by-product of cooking, would go a long way to reducing the potential for exposure to these toxins. Future studies may examine how the ash from common wood species differ, so that production of toxic ash may be limited.

Given the likely scale and detrimental effect of poor wood ash disposal, what changes need to be made, and how could these be accomplished?

Renewable technologies such as solar-pv may also be used along with modern electric-cooking facilities but these may not be an economically viable option for families in the sub-Saharan region. 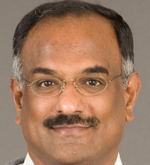 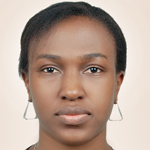 Dr Ayotunde Titilayo Etchie holds a PhD in Environmental Chemistry and Pollution Control from the University of Ibadan (2016), and works as a Lecturer in the Department of Chemistry, Covenant University. She is interested in improving the design of biomass cookstoves for higher combustion efficiency and reduced emissions/ash. 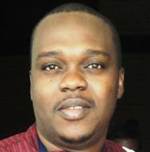 Dr Tunde Ogbemi Etchie holds a PhD in Environmental Chemistry and Pollution Control from the University of Ibadan (2016), and lectures Chemistry in Federal University Lokoja. He is eager to know to what extent the quality of air we breathe, water we drink and soil we grow our crops reduce our lifespan.

The research team explore the environmental pollution and impact of cookstoves.