Arts & Humanities
Associate Professor (a.D.) Sonja Brentjes, from the Max Planck Institute for the History of Science, examines historical narratives on scholarly activities in non-Western societies of the past and their distortions. She published 1001 Distortions. How (not) to Narrate History of Science, Medicine and Technology in Non-Western Cultures in response to the many misrepresentations of history and science in the 2012 catalogue of the 1001 Inventions exhibition.

Professor Sonja Brentjes, a retired historian of science and researcher at the Max Planck Institute for the History of Science, Berlin, is particularly interested in Islamic societies between ca. 800 and 1700. Her work involves the examination of historical narratives on scholarly activities in non-Western societies of the past and their distortions. Among her many publications is the book 1001 Distortions. How (not) to Narrate History of Science, Medicine and Technology in Non-Western Cultures that she published together with Professor Taner Edis and Professor Lutz Richter-Bernburg in response to the many misrepresentations of history and science in the 2012 catalogue of the 1001 Inventions exhibition.

1001 Inventions
The travelling exhibition 1001 Inventions was launched by the Foundation of Science, Technology and Civilisation, Manchester, in 2006. It aimed to provide a historiography of sciences in Islamic societies, highlight scientific achievements in Islamic history and their influence on Western scientific developments. The book 1001 Inventions: The Enduring Legacy of Muslim Civilization accompanied the exhibition 1001 Inventions: Discover the Golden Age of Muslim Civilization that ran from the 3rd August 2012 to 3rd February 2013, with the support of the National Geographic Society. Where the exhibition’s focus was on the past, the book centres on the relevance of this past to the sciences and technologies of today. While the popularisation of historical events requires some simplification in order to be accessible to the broader audience, this book has been the subject of much criticism by and frustration for Professor Brentjes and other scholars.

1001 Distortions
To examine the erroneous concept and claims made by the 1001 Inventions project, Sonja Brentjes invited a group of historians of science, medicine, and non-Western cultures, together with scientists and curators, to reflect on the misrepresentation of the sciences and their histories in various political and historical contexts. They discussed particular errors in both the book and the exhibition, together with the challenges faced by scholars, curators and museum directors when translating academic research into popular presentations.

Professor Brentjes describes how the exhibition organisers and contributors, who are not historians, have extracted portions of academic narratives, effectively removed their richness in detail and rearranged them as outmoded tales of glory, success, priority and progress. This fuelled debates among historians of science, mathematics, medicine and technology on how to narrate the past fairly and appropriately. The book 1001 Distortions brings together their reflections of how we think and write about the intellectual and technological past of cultures that we were not part of. These historical debates are also embedded in experiences with Islamophobic antagonists in northern Europe and political confrontation in the Gulf States.

This simplification destroys the diverse religious, cultural, social, and economic differences between the members of what is normally referred to as the Islamic World.

Inventing narratives
1001 Distortions is divided into three sections. In the first section, “Inventing Narratives of Intellectual Identities and Their Modern Relevance”, contributors describe how academics created accounts of the sciences, medicine and technology with regards to groups of people, nations and entire civilisations. These texts demonstrate how historians understand that history writing is made up of many different and contradictory means to produce historical ‘facts’ and interpretations of how people lived in previous centuries. Conversely, Sonja Brentjes observes that, in their misperception of the historian’s craft, amateurs often think that there is only one true way of presenting stories about the past. This often results in the construction of misleading, supposedly new narratives.

In the second part of the book, seven historians and one physicist examine what is wrong with the narrative in the book 1001 Inventions. They discuss and correct some of the misleading stories, comment on the illustrations and analyse the scientific, medical and technical claims.

Science, religion and education
Professor Brentjes’ chapter “Science, Religion, and Education” forms part of this second section where she describes how Muslims in British India were confronted with the new educational institutions of the colonial power. Many among them experienced a culture shock with the contrast between this educational system and their traditional learning. She rejects the notion put forward by the makers of 1001 Inventions that Islam and science were always in close communion, taught together at mosques and instilled a zeal for the investigation of nature in Muslim students. She emphasises the multiplicity of cases in which such mutual inspiration as well as conflicts took place, where they shared common features and where they differed.

Sonja Brentjes goes on to challenge 1001 Inventions’ simplifications of multi-cultural and multi-religious societies as one unified civilisation, which is defined as Muslim. She explains how this destroys the diverse religious, cultural, social and economic differences between the members of what is normally referred to as the Islamic World. Furthermore, it lessens the contributions made by many non-Islamic communities and their scholars within these different societies.

She describes the cultural innovation that took place with the creation of an institution for advanced education, where salaries were provided for its teachers and administrators and stipends for its students. She also draws attention to “the long and unequal march of the mathematical sciences into this institution”, as well as the institution’s limitations and shortcomings. Moreover, Sonja Brentjes highlights the fundamental error in the assumption made in 1001 Inventions that the sciences and education of medieval times are in principle the same as the sciences, technologies and education of today.

Delights and dangers
In the third section of the book, the contributors, including curators and a museum director, address problems of popularising historical and scientific knowledge and the impact of 1001 Inventions in some circles. In the book’s final chapter, Vidar Enebakk, former curator at the Norwegian Museum of Science and Technology in Oslo, surveys print and internet outlets of ultra-right-wing extremists and their Islamophic denials of any contributions made by Muslims to intellectual and cultural history. He invites academics to consider other ways of improving knowledge of scholarly activities in Islamic societies beyond criticising the misleading narrative of 1001 Inventions. Sonja Brentjes defines this as the seal of 1001 Distortions as “it does not merely alert us to the political and ideological struggles about who created and who owns the sciences, medicine, and technology in the past and present, but requires us to think about ways into the future”.

The goal
The goal of bringing together this group of scholars was to inform readers of the academically unacceptable interpretation offered by 1001 Inventions of the history of science, medicine and technology in past Muslim societies and its relevance for the sciences, medicine, technologies and cultural customs in today’s societies. Sonja Brentjes explains how “criticising academically false stories about such topics needs to be undertaken for all such cases, not merely for those told by Eurocentric writers against non-Western histories”. In order to make it clear to the general public that their academic criticism was not another act of Islamophobia, but a defence of academic reliability, solid research, and honesty, the editors included other case studies examining political appropriation and the abuse of stories about past or contemporary sciences. This important issue was grounded by asking when, and in which contexts, the sciences became glorified as a marker of cultural superiority.

Criticising academically false stories about such topics needs to be undertaken for all cases, not merely for those told by Eurocentric writers against non-Western histories.

Missed opportunity
Once the book was completed and ready for print, Sonja Brentjes recollects how they had spent months engaged with the organisers of 1001 Inventions in an attempt to correct the numerous errors in the exhibition and the popular companion products such as the 1001 Inventions catalogue, website and videos, that reach millions of users. Unfortunately, this effort broke down and Sonja Brentjes and her colleagues were unable to help improve these products in order to present an academically reliable account of the contributions to scientific, medical and technological knowledge and inventions made by scholars in Islamic societies.

Critical misrepresentation
Sonja Brentjes objects to Professor Ahmad Ragab’s grave misrepresentation of her positions in the debate for and against the false narratives in 1001 Inventions. He describes it as recasting medieval Muslims as “backward third-worlders”, referring to their elementary contribution and “their exclusion from the ranks of knowledge-makers”. He accuses her to hold the view that “living in post-colonial condition requires the full and unquestionable admission of the superiority of European minds and achievements”. Sonja Brentjes strongly rebuts this depiction of her as adhering to Eurocentric stereotypes, defending colonialism, and a historian who belittles the contributions of Muslim scholars. She stresses that although certain scholars claim otherwise, throughout her academic career, she has strived to deliver a fair portrayal of the contributions made by scholars from Islamic societies of all denominations to the sciences of their times. She has endeavoured to reject Eurocentrism and its prejudicial portrayal of the contributions made by scholars from non-Western cultures.

What initially sparked your interest in medieval Islamic societies?

My parents were academics who specialised in their university training in the fields of the ancient Near East (Mesopotamia) and classical Islam (theology). In their professional careers, their paths multiplied and diversified including the arts, modern history, politics, and many other topics. Refugees from Arabic countries and Iran were often guests at home. Hence, my desire to learn more about their countries and their histories was sparked early. Over the years, my interests first focused on the mathematical sciences and then grew to include the many other themes on which I have done research. 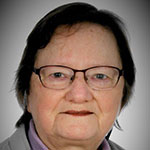 Sonja Brentjes is a retired historian of science with a particular focus on Islamic societies between ca. 800 and 1700. Her main fields of research are the history of mathematics, mapmaking, educational institutions, patronage, early modern travel reports, and cross-cultural encounters.

Associate Professor (a.D.) Sonja Brentjes examines historical narratives on scholarly activities in non-Western societies of the past and their distortions.