Despite the ubiquity of metals in machinery, ceramic tools and systems can perform better under the most extreme conditions. M2 Laboratory are a group of scientists at Tianjin University in China with an interest in ceramic materials. Amongst their ranks is Bin Lin, a professor, doctoral supervisor and deputy director of the key laboratory of Advanced Ceramics and Processing Technology. Ceramics are a broad class and M2 lab’s research examines almost every dimension of these multi-faceted materials, leading to the discovery of novel ceramics, finding new approaches in the manufacture of ceramics, and developing methods to evaluate and quality-control ceramic products.

The oldest piece of ceramic made by humans is probably over thirty thousand years old. It is a small statue of a woman from a prehistoric settlement in the Czech Republic. Twenty thousand years later, clay-based ceramics formed some of our most important tools – containers for water and food, art objects, tiles and bricks, all fired at low temperatures in kiln pits dug into the ground.

As the millennia passed and metals became more prevalent, ceramics began to make an exit. Metals’ strength and malleability have been valuable for developing many kinds of tools, even today; but as those tools are put under ever-increasing challenges in constantly harsher environments, it is becoming clear that metals are not up to some of the toughest scientific applications.

In environments with high or low temperatures, strong acceleration, oxidation, corrosion, high tension and electrical charge, metals are having to relinquish their place as material of choice – and ceramics are making a comeback.

Ceramics
Ceramics are a broad class of materials. They are always solids, but can be formed into any shape, and can have a broad range of compositions. Earthenware, glass, porcelain and brick are common examples. Generally, ceramics are hard, have high melting points, low electrical and thermal conductivity, and are inelastic. However, the properties of ceramics can vary and there are many exceptions to these rules.

New research into ceramics has resulted in applications for aerospace, military and even household items. Ceramic ball bearings, for example, will last three times as long as their steel counterparts.

The M2 laboratory gets its name from the two ‘M’s most important in ceramic engineering: Materials and Manufacturing.

The M2 laboratory
The M2 lab from Tianjin University of China are a laboratory with a very varied interest in ceramics, matching the wide range of applications of these materials. The lab’s focus covers ceramics and ceramic material composites (CMCs), a class of materials where fibres of ceramic are embedded into a ceramic matrix – imagine fibreglass where both the glass and resin are ceramic.

The M2 Laboratory gets its name from the two ‘M’s most important in ceramic engineering: Materials and Manufacturing. The team is specifically interested in researching novel materials and finding advanced manufacturing methods for creating ceramic products. The M2 lab team has been researching this area for many years and has built up a series of papers published in top journals.

Tribological material systems
Tribology – the excitingly named study of surfaces which rub together – is a field where ceramics really have a chance to shine. Tribologists are multi-disciplinary scientists who spend a lot of their time thinking about friction, lubrication and wear. Traditionally, metals have been used for tribological applications, but require lubricating oils. Not only are these oil-based lubricants problematic to dispose of, they also consume a vast amount of non-renewable resources. Compounding these issues, oil-based lubricants are associated with a high temperature rise, which can cause metals to expand and fail, especially high-speed machinery.

The M2 lab is part of a research movement to replace metals in many applications with ceramics. Ceramics have further advantages over metals because of their low expansion under heat, low friction, and high wear resistance. Possibly the most significant advantage of ceramics over metals is that they are generally fairly chemically inert. As a result, lubricating oils could be replaced with a more environmentally friendly, low viscosity and non-polluting alternative: water.

A number of experiments have been performed by many researchers to find the ideal combinations of ceramic materials, identifying Si3N4 and SiC as promising candidates. Despite the numerous advantages of using ceramics and water in tribological systems, reducing the friction is a major priority.

Based on these material systems, the M2 team has more recently created a system lubricated using only sea water, designed to be used in boat propellers.

Lubricant-free ceramic systems
Even better than a water-based lubricant is no lubricant at all. This would never have been possible with metal tribological systems, but ceramics are different. Ceramics can withstand much higher temperatures, and some can even self-lubricate. Two self-lubricating ceramics of particular interest to M2 are ZrO2, and CfSiC, which has carbon fibres reinforcing a SiC matrix.

It was once thought that smoother surfaces always led to a reduction in friction and wear, but more recent analysis has shown the importance of specific microstructures which can reduce friction and wear further. However, most of these studies are of lubricated materials. The team at M2 were interested in discovering the best microstructure of the surfaces of ZrO2 and CfSiC when they are paired in an unlubricated tribological system. M2 found that the best tribological properties are when the fibres in one material are perpendicular to the fibres in the other. These materials perform particularly well under high temperatures, so may eventually find use in the aviation or nuclear industries.

Grinding ceramics into shape
An under-developed aspect of ceramic technology compared to metals is the ability to shape them into the desired products, using techniques like surface grinding and polishing. These processes are more complex for ceramics than metal because of their brittleness, hardness and molecular asymmetry. The M2 lab is pioneering new theoretical and experimental work to make processing methods more reliable and efficient. The lab has also developed mathematical tools which allow ceramics experts to accurately estimate the heat and grinding forces which will occur during ceramics processing techniques like diamond scratching, flat-grinding and cup-wheel grinding.

The team has also developed a method to monitor damage to materials caused by the grinding process, using a tool which ‘listens’ to the grinding process. As a ceramic composite is ground, many types of damage can occur to the fibres and the matrix. By matching frequencies emitted by materials as they were ground to damage identified using scanning electron microscopy, M2 built a tool which can identify damage as it occurs. Ceramics manufacturers using this tool would have a better guarantee of the quality of their products.

Polishing technology
Polishing is used to smooth the surface of a ceramic material, but like grinding, it is difficult for ceramics because of their hardness. To counter this problem, the M2 lab has proposed a new technology called fluid hydrodynamic fixed abrasive grinding (FHFAG).

The M2 Laboratory has a wide-ranging interest in ceramics, especially in systems of high speeds, high friction and high temperatures.

Commonly used optical polishing methods use a grinding pad pressing directly onto the material. The novel method proposed by M2 introduces an abrasive liquid film between the pad and the surface. This allows quick removal of material while having several advantages: most importantly that by changing the thickness of the liquid layer, coarse and fine grinding can be performed using the same grinding pad, reducing the need to swap grinding pads.

The M2 lab has also made improvements to ultrasound-assisted grinding. By applying ultrasound to a grinding tool, the M2 team was able to decrease grinding forces and therefore temperature, while also improving the quality of the ceramic surface. Retrofitting a grinding head onto a contactless energy transfer head, the team created a tool which is able to drill slender holes into very dense ceramics like silicon nitride, as well as having the capability to produce deep cavities to create a ceramic combustor.

With this comprehensive understanding of the grinding and polishing process, the M2 lab now has a technique to perform every step of the ceramic manufacturing process.

Surface modification and evaluation
A final area of research for the M2 lab is surface engineering, a field which encompasses a variety of technologies that can change the properties and performance of ceramics. M2 has performed research into both modifying and evaluating the surfaces of ceramics.

The M2 lab is now most interested in the various methods used to modify surfaces of ceramics to change and optimise their tribological properties. The methods the team have researched include adding functionalised nanoparticles to the surface of ceramics, creating very high lubrication even under extreme conditions; using a laser to create patterns on the surfaces which decrease friction; altering the surface residual stress of ceramics to optimise their friction and wear; and they have proposed a novel evaluation system for grading the surfaces of ceramic matrix composites.

The future is ceramic
The team at M2 Laboratory have a wide-ranging interest in ceramics, especially their properties in systems which involve high speeds, high friction and high temperatures. This kind of research is invaluable for finding new materials and methods for processing them, to create tools which can withstand anything we throw at them.

M2 Laboratory has a wide-ranging interest in ceramics, and as a result the research output is varied. Is there one technology created by M2 which you feel is the most exciting, or is their combined contribution more important?

Our research directions are steered tightly to the demands of the industry. From the very beginning, our lab focused on grinding the core components of ceramic engines for a national project of China. During that period, we developed the unsteady grinding technique of ceramics. Then, we participated in many industrial projects involving ceramics, and mastered more and more technologies of grinding, polishing, evaluating and applying ceramics. We regard the combination of these technologies as more important than the individual technologies themselves because this combination is like a toolbox, enabling us to solve plenty of practical problems from all kinds of institutions. 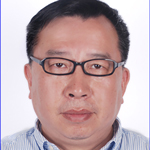 Bin Lin is a professor and doctoral supervisor in Tianjin University. He is deputy director of the key laboratory of advanced ceramics and processing technology, ministry of education. His research interests include high-precision machining of ceramics and composites, structural ceramics application, and design of modern manufacturing equipment.

M2 refers to the coupling of “Novel Materials” and “Advanced Manufacturing”. M2 Laboratory focuses on the research of both material properties and manufacturing processes, which results in excellent performance of material applications. The team is now working on ceramics processing technology and ceramic material composites (CMCs) facing advanced optical, tribological and electromagnetic applications. 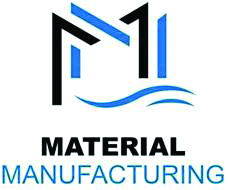