Quality and reliability are key factors for a product’s commercial success. Reliability testing usually occurs at the final product, using destructive methods. This implies that there might be added costs and delays if reliability tests fail. Looking at reliability sciences from the physics of degradation and the identification of degradation mechanisms, Prof Cher Ming Tan from the Research Center on Reliability Sciences and Technologies in Taiwan is proposing an innovative approach. He studies the reliability of products based on a physics, chemistry and materials sciences level, before the assembly of the final product. Combining experimental data and simulations, he can predict the reliability of the final product under various operational conditions, saving precious time and money.

We have probably all bought a piece of equipment based on certain expectations and were quickly disappointed by the quality of the product received or the reliability of its performance. The majority of consumers nowadays check for reviews before purchasing a product or a service, which makes reviews the nemesis of manufacturers and online sellers. Negative reviews can affect the sales of a product significantly, especially those focusing on poor quality or unreliable performance. While quality can be controlled in a straightforward way (better raw materials, improved manufacturing processes, improved design), reliability is not so easy to be controlled. The reason for that is the inability to check every single product for its performance, as reliability tests usually involve time-consuming and destructive measurements.

Alternative ways to ensure reliability
Reliability can be described as quality over time, or the probability of a product to continue performing as advertised after an extended time or use. Especially for products that are expected to maintain their performance over a certain timespan and under certain conditions, reliability is key. An important category of such products is electronics, such as semiconductor chips or LED lamps, which find wide application in many products of our everyday life. Since it is impractical to check every single semiconductor and LED lamp for their reliability, a new way of ensuring reliability needs to be developed.

Towards this direction, a niche research area has recently emerged, studying the physics of failures and material sciences that explore degradation mechanisms and determine reliability statistics. This is the area of reliability sciences, where experimentation, multi-scale simulation, and atomic finite element modelling are used in parallel, in an effort to develop methods and predicting reliability of components before the assembly of the final product. In this way, the reliability of a product will be determined beforehand, allowing for faster and cheaper modifications, before ‘final’ products are developed. This would mean that current reliability measurements, when performed on the final product, would act as secondary measurements, confirming the initially predicted reliability.

Exploring degradation mechanisms
In an effort to find the balance between the increasing complexity and ‘smartness’ of products, their cost, and their reliability, Prof Cher Ming Tan, a pioneer in the reliability sciences, is paving the way to the future with his work. Prof Tan founded the Research Center on Reliability Sciences and Technologies in Taiwan, where he currently acts as Director. His work has been focusing on the development and implementation of reliability studies before the final assembly of a product, in order to reduce costs related to redesign of products or their parts, launch delays, availability, or potential need to recall faulty items.

Prof Tan’s vision has been to shift the paradigm from testing on final products to reliability predictions on individual products based on the exploration of the underlying physics and chemistry of material degradation.

According to Prof Tan, the critical challenges of ensuring product reliability are the simultaneous needs for low cost, fast results, and highly reliable products. These goals are contradictory to one another, since fast results usually imply high costs, high reliability also means increased product cost, and when companies try to reduce product costs, this usually results in lower quality and reliability. Prof Tan’s vision has been to shift the paradigm of reliability testing from testing on final products to reliability predictions/computation on individual products based on the exploration of the underlying physics and chemistry of material degradation. He believes that identifying the degradation mechanisms and the physics of degradation on the material at atomic level, and scaling up the results using multi-scale simulation, finite element modelling, atomic-based material simulation, and density function theory formulation, can lead to prediction, or rather computation of the reliability of the final products, saving time and money in the long run. 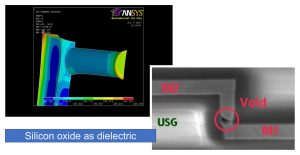 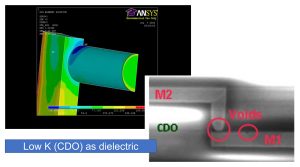 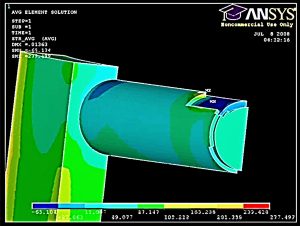 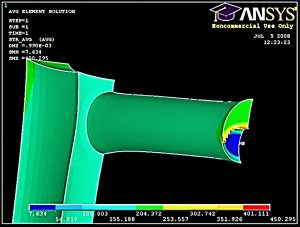 Testing the brightness of LEDs
Prof Tan conducted research using several well-known and widely applied products, in an effort to showcase his innovative approach to reliability and establish reliability sciences. Using LEDs and semiconductors as examples, he and his team explored the reasons behind common degradation mechanisms of such devices, through experiments combined with simulations that confirmed the suggested mechanisms of the physics of failures. Focusing on LEDs, Prof Tan recently published an article explaining about the need for increased lumen flux of white LEDs (basically how bright and white their light shines), and the balance between increased lumen and change of the light from white to a warmer hue. This change was attributed to the thickness and concentration of the phosphor layer incorporated into the LED design. It was shown that with increasing thickness and concentration the brightness of the LED will increase, up to a point where temperature rise and scattering effects will overpower the brightness increase and compromise the reliability of the LED to perform as expected. Through thorough investigation on the reasons behind such behaviour, it was indicated experimentally and further supported through computational work that backscattering of light in higher presence of phosphor particles led to reduced performance. Results from this work could also be used to explain and predict the performance of LEDs enclosed in a casing, as opposed to the ‘open-air’ LEDs used for the study.

Another article looking into LED’s performance focused on the degradation of LEDs used in outdoors application, due to the effects of moisture and temperature on the silicone casing. Results showed that the casing was getting discoloured over time, a fact that led to changes in the brightness of the LED. Discolouration was attributed to four different mechanisms of silicone ageing, which due to the presence of moisture and increased temperature were accelerated. Prof Tan’s work shed light (pun intended) into the way silicone degradation discolouration occurred (hydrolysis was the main cause of ageing, and thermal oxidation was the main cause of discolouration) and how material degradation affected the LED performance, hence its reliability.

The chemistry and physics of semiconductor failure
Besides LEDs, Prof Tan also examined the physics of degradation and degradation mechanisms of semiconductors, looking at semiconductor reliability from several different angles. He examined the resistance of semiconductor parts to moisture on a chemistry and materials level, developing an understanding that could lead to the prediction or the reliability of such products without the need to conduct a humidity test on the final product. By identifying functional groups (a chemical term for groups that are prone to react with other groups, such as those of water, and change the substance of the material) and exploring their interaction with moisture, a new testing approach was developed, in an effort to avoid destructive assessment. In this case, knowing the performance of the materials used to build the semiconductor and its package, its reliability could be predicted and/or modified before the assembly of the final product, avoiding the need for further testing.

Past moisture resistance of semiconductor casings, Prof Tan also looked into the design circuit of 5G chips, and how it could compromise their reliability. Using advanced microscopy techniques, it was revealed that the circuit was melting upon extended use of the chips on high power and frequency, and more in-depth analysis led to indications on the explanation of the failure mechanisms. Using simulations to complement experimental data, Prof Tan and his team were able to create 3D models of the chips and examine the magnetic field distribution on the chip. They revealed that additional electrical current was produced due to electromagnetic effects, leading to increased temperature and the subsequent melting of the circuit materials, which caused failure of the chip, due to a mechanism different to the already identified ones. This new information on failure mechanisms from the material science perspective could be used to improve the design of chips and hence enhance their reliability.

The critical challenges of ensuring product reliability are the simultaneous needs for low cost, fast results, and highly reliable products.

From electromigration to material damage
Prof Tan’s work in reliability sciences started with his research on electromigration as a reason for material failure of integrated interconnections (the electrical connections between parts of a circuit). Electromigration can be described as the movement of atoms in a material structure when material is put under some form of stress, for example when electricity is passing through it. This movement can lead to tiny, naturally existing voids within the material structure eventually getting connected due to atom movement, forming bigger voids that can compromise the stability of the material and leading to operational damage of the circuit.

Studying the time to failure of integrated interconnections due to electromigration, Prof Tan combined experimental analysis and a novel simulation approach and proposed three stages during electromigration that lead to failure. These were the incubation of tiny voids, their nucleation (build-up), and finally, their growth. An interesting follow-up to this work was an investigation of failure cause by stress migration, where Prof Tan examined through simulations the factors affecting void nucleation and growth in different materials under stress. He concluded that stress gradient and effective bulk modulus (an expression of the extent of how the volume of a material changes under pressure) were the two factors that among other parameters affected stress-induced voiding.

The future of reliability sciences
In a nutshell, Prof Tan’s contribution in reliability sciences towards the explanation of failure and degradation mechanisms using a combination of experiments and multi-scale simulation has been pivotal for this emerging discipline. With the increase of product design complexity, product cost, and need for improved quality and reliability, assessment of reliability is absolutely necessary and should not be discounted. Introducing ways of assessing reliability at an earlier level, implementing assessment on the level of physical, chemical, and material sciences, before the final product assembly, can improve cost and time efficiency.

How could reliability sciences find application in industry?

How much time would the creation of a material database take, and could it be used as a simulation matrix to predict product reliability?

The initial creation of material database can take 1-2 months’ time, and once it is set up, it can be used for future reliability computation and prediction until where new materials are employed.

Physics of degradation: the difference between reliability engineering and reliability science was last modified: December 22nd, 2020 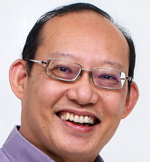 Professor Cher Ming Tan received his PhD in Electrical Engineering from the University of Toronto in 1992. He was with Nanyang Technological University, Singapore from 1996 until 2014. Tan then joined Chang Gung University in Taiwan and set up the Research Center on Reliability Sciences and Technologies where he currently acts as Director.

Prof Tan explores the underlying physics and chemistry of material degradation to evaluate products for their reliability.