Physical Sciences
Chemistry can be defined as the study of electron motion in the field of nuclei, which obeys the rules of quantum dynamics. The electronic structure of a given system of N electrons is best described by an N-electron wave function built up with one-electron wave functions (orbitals) subject to the antisymmetry principle. The major issue is that the orbitals may be strongly entangled so as to render the N-electron wave function extremely complicated and difficult to truncate – the length of a many-electron wave function grows in combination with the numbers of electrons and orbitals. Professor Wenjian Liu (Shandong University, China) and collaborators have developed a highly efficient quantum chemical method which better accounts for electron correlation while keeping the demand for computational resources relatively low.

In chemistry, the smallest unit that makes up all matter in the world – all that we touch, see, and breathe – is the atom. As we understand it today, an atom consists of a nucleus made of protons and neutrons, with electrons orbiting around it. At its core, chemistry is the science that studies the motion of these electrons in the field of nuclei and the influence of the electrons on nuclear motion.

Any chemistry taking place between two or more atoms to form molecules, or between molecules themselves, involves the movement of electrons. Electrons can be shared between molecules or atoms, and they can be extracted or added to a molecule or atom. Regardless, anytime a chemical reaction takes place, electrons move and rearrange, and the specific ways in which that process happens defines the chemistry we observe and use – it determines the behaviour of the physical world and the rules that regulate it. As such, an understanding of electron motion in the field of nuclei is crucial for our understanding of chemistry, and of the world.

The quantum realm
Over the years, there have been several models of the atom, and several attempts to explain and predict electron motion. Because electrons are very small and move very fast, it is not only difficult (impossible) to observe them directly, but their motion also stops obeying the Newtonian physics of the macroscopic world we are used to. When dealing with electronic motion, we enter the realm of quantum dynamics, where electrons can be seen to adopt both particle and wave characteristics, a phenomenon known as ‘wave-particle duality’. In fact, in terms of quantum dynamics, electrons are best described by a wave function, which is a mathematical description of electron distribution and thus the energy within a given system.

Schrödinger’s era
The wave functions that describe electrons within a given system appear as solutions to the Schrödinger equation. This equation, first published by Erwin Schrödinger in 1926, is currently the most widely used theoretical model of electronic structure and motion that best accounts for experimental observation, when relativistic effects are not significant. The currently known solutions to the Schrödinger equation have revealed that electrons do not orbit around the atom’s nucleus like planets around the Sun. In fact, there are ‘clouds’ of electron density which are areas around the nucleus where there is some probability of finding an electron.

These ‘clouds’ of electron density probability, which can be described in terms of electron orbitals, are as much as we can know of an electron’s location, but even this apparently vague piece of information has already unlocked many further developments. The Schrödinger equation opened the doors to a new era of physics and allowed for mathematical predictions of chemical systems and processes, giving rise to the field of ‘quantum chemistry’. It is on developing and improving quantum chemical models that Professor Wenjian Liu’s work at the Qingdao Institute for Theoretical and Computational Sciences of Shandong University (China) is vitally focused.

However, as soon as a second electron is added to the problem, the situation is complicated beyond an exact solution. The problem is that defining the wave function for one electron depends on the characteristics of the other, and vice-versa. As such, a solution we do not have is needed for one electron before we can attempt to reach the solution for the whole system – a clear impossibility. This difficulty in accounting for electronic correlation is one of the main challenges of electronic structure theory, and there are currently many different computational methods which attempt to address it.

Optimising guesses
In order to address the electron correlation challenge, computational methods will generally attempt to make an initial guess based on what is known from the exact solutions of the hydrogen atom. Once the initial guess is established, computational methods will then iteratively optimise the parameters of the guess until the most accurate description possible of the system is reached.

The first challenge is, of course, to achieve an initial guess that is good enough to lead the model towards the most accurate result. This is done by identifying and selecting the orbitals (one-electron wave functions) that are indispensable to the description of a given system. These orbitals have a big impact on the accuracy of the final solution and therefore need a precise treatment; the collection of these key orbitals defines an ‘active space’ of many-electron functions. All other orbitals are accounted for with more approximate calculations, since they do not impact the final result as drastically.

The Schrödinger equation opened the doors to a new era of physics and allowed for mathematical predictions of chemical systems.

It is precisely by optimising the criteria for the selection of this ‘active space’ that the work of Professor Liu and his collaborators, Mr Zhang from Peking University (China), and Professor Hoffmann from the University of North Dakota (USA), is improving quantum chemical methods. These researchers had previously reported on a computational method called ‘iterative configuration interaction with selection and second-order perturbation theory’ (iCIPT2), which had already proved to be effective in providing near-exact solutions of arbitrarily complex systems at reasonable computational expense. In particular, iCIPT2 is targeted at modelling strongly correlated systems for which static and dynamic correlations are strongly entangled and interchangeable, which is particularly challenging to model. The iCIPT2 method achieves this not only by careful selection of which trial many-electron functions to take into account, but it also uses advanced mathematical algorithms that allow for near-exact solutions for the electronic structure of these systems. 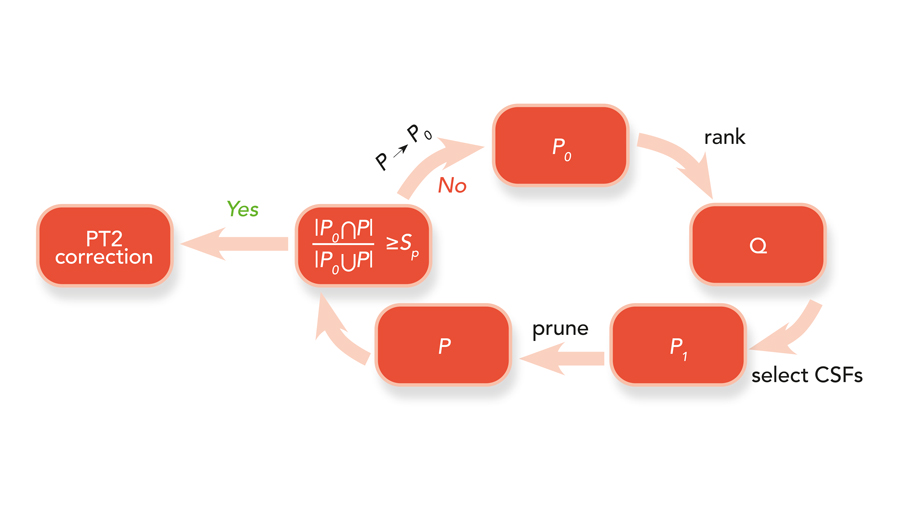 More for not much more
Despite the improvement in active space selection criteria, it is important to bear in mind the computational expense that the final selection requires. Technically, the most accurate solutions would be achieved if all possible trial functions for a system were solved exactly, but this would lead to impracticable calculation times and used memory.

Despite a carefully chosen active space, as becomes possible with advanced methods such as Zhang, Liu, and Hoffmann’s iCIPT2, quantum chemical calculations can quickly become expensive even for small increments in complexity. For example, in order to simulate the simplest system used for modelling biologically important iron-containing enzymes, the iron-sulphur cluster [Fe2S2(CH3)]42, it is necessary to include at least 240,374,016 different functions in the active space.

Therefore, in more recently published work, Zhang, Liu, and Hoffmann have further refined the selection criteria and data structure of their computational method in order to improve its efficiency. The new criteria are controlled by a single parameter that allows all unimportant functions to be untouched throughout the process. Their efforts made the iCIPT2 twenty times more efficient than its original version, with the method also performing well in terms of accurately modelling benchmark strongly correlated systems such as the chromium dimer, Cr2. As such, the iCIPT2 reveals itself as a computational method that can provide highly accurate modelling of challenging chemical systems without unreasonably increasing the demand for computational resources.

The development of new and improved quantum chemical methods, as undertaken by Mr Zhang and Professors Liu and Hoffmann, is crucial for future advances in chemistry. Apart from providing insight into novel and hitherto unexplored chemical systems, quantum chemistry is also extremely useful in helping experimentalists make sense of their observations. Thus, quantum chemistry can also be used as a predictive tool to help guide experiments and avoid more expensive and time-consuming trial-and-error approaches.

What is the most challenging part of developing these improved computational models?

<>
Identifying and selecting a priori the most important configurations as well as fast evaluation of their matrix elements maintaining full spin symmetry. 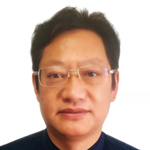