Billions of cells make up the human brain. To keep this super-computer functioning, a carefully autoregulated blood supply provides oxygen and nutrients and removes waste products from the brain cells. In addition, cerebral circulation is involved in the regulation of the pressure inside the cranium. But what happens if this autoregulatory process is disrupted? Building on years of research into the microcirculation, Professor emeritus Akos Koller at Semmelweis University, Hungarian University of Sports Science (both in Budapest, Hungary), and New York Medical College (Valhalla, USA) explores the impact that traumatic brain injury can have on blood circulation in the brain and the mechanisms underlying this dysregulation.

The human brain acts as a super-computer to monitor and control every single process within the human body. To help it achieve this, the brain is made up of around 100 billion cells, all of which are connected to other cells with trillions of synapses (junctions that allow transmission of chemical or electrical signals between two cells). To survive, each of these cells requires a precise supply of oxygen and energy as well as removal of waste products and carbon dioxide. These special tasks are carried out by millions of blood vessels within the brain: the cerebral blood vasculature.

Professor emeritus Akos Koller at Semmelweis University, the Hungarian University of Physical Education and Sport Sciences, Budapest, and New York Medical College explains that the vascular system of the brain is often overlooked. Instead, research more often focuses on the neurons – brain cells – themselves. However, it is not possible for these cells to exist without their supportive vasculature system; the two are intrinsically linked. It’s like a marriage: if one is not happy the other isn’t, either. Neurovascular coupling refers to mechanisms that link the two, and which enable sufficient oxygen and nutrients to be delivered to the active and energy-demanding neurons and astrocytes – cell types found in the central nervous system.

It is important to remember that the amount of blood within the cerebral vasculature system is limited by the available space within the skull, the volume of which is – understandably – unable to increase even if the perfusion pressure (i.e., blood pressure) increases. This constraint had been realised more than 200 years ago by Monro and Kellie, but the responsible mechanisms remain obscure. To avoid increases in intracranial pressure and thus impairment of brain function, the cerebral blood flow must be carefully autoregulated – which is primarily achieved by mechanosensitive vascular mechanisms.

To avoid increases in intracranial pressure and impairment of brain function, the cerebral blood flow must be carefully autoregulated – which is achieved by mechanosensitive vascular mechanisms.

By carefully studying the literature, Koller’s team however deduced that the myogenic response alone is not enough to explain the constant blood supply in the brain. There must be another mechanism that is triggered by changes in blood-flow-related force. In a landmark study in 2011, Koller and his team discovered that increases of flow constrict isolated cerebral arteries, supporting their idea that flow sensitivity of cerebral vessels contributes to the autoregulation of cerebral blood flow. These mechanosensitive vasomotor mechanisms in the walls of the cerebral blood vessels ‘measure’ blood pressure (the force exerted by the blood on the vessel walls) and blood-flow-induced shear (due to the high speed of blood). They help to keep the pressure and flow relatively constant in the skull and thus in the brain, even if there are changes in blood circulation elsewhere in the body.

Traumatic brain injuries
If these mechanisms are damaged, for example due to a traumatic brain injury, this can result in impaired autoregulation of blood flow. In turn, this can lead to increased pressure within tiny blood vessels (capillaries), fluid build-up as pressure within the vessels pushes fluid out, and thus causes oedema and increased pressure within the skull. As the skull is unable to expand, this can lead to compression of the brain and impaired blood flow to brain tissues. To alleviate this pressure and accompanying headache, in some cases surgeons must open the skull, a method that has already been used by Inca Indians.

In the USA alone, traumatic brain injuries affect around 1.5 million people each year, resulting in around 50,000 deaths. These injuries can be caused by a variety of events, such as accidents, falls, sport activities, and even shaken baby syndrome. Traumatic brain injuries can have severe consequences which are often due to the death of cells within the brain. Koller hypothesises that impaired autoregulation of cerebral blood supply may aggravate existing damage to neurons in the brain, leading to cell death.

Head trauma leads to impaired blood circulation and dysfunction of the brain
Koller and colleagues showed that the pressure-sensitive myogenic mechanism become impaired after traumatic brain injury. Then, in recent studies, they used a rodent model and isolated arteries from the areas of the brain which had undergone a traumatic brain injury. Their intricate pressure-flow chamber experiments enabled the team to carefully measure the characteristics of very small, individual cerebral blood vessels. In this way, they showed that increases in blood flow inside the vessels, which would normally result in constrictions, became substantially reduced after head trauma.

Koller explains that the impaired autoregulatory mechanisms of brain vessels can play an important role in complications of single or repetitive mild traumatic brain injuries.

Using pharmacological tools and fluorescent imaging, they were able to prove the production of metabolites from a compound called arachidonic acid by a group of enzymes known as cytochrome P450. These metabolites, such as 20-HETE, are already known to play important roles in the constriction of blood vessels, through receptors that recognise hormone-like compounds called prostanoids as well as 20-HETE. Koller and colleagues showed that after traumatic brain injury, cytochrome P450 is less able to metabolise arachidonic acid, meaning that less 20-HETE is produced. Moreover, prostanoid receptors became less sensitive to 20-HETE. This meant that vessel constrictions caused by changes in blood flow are impaired.

Their study also showed that after head injury, hydrogen peroxide produced by the ‘power houses’ of the cell, the mitochondria, can interfere with ion channels in the vascular cell membrane. These channels play an important role in ensuring that vascular smooth muscle constricts to increase blood pressure within the vessels. Therefore, the impairment of these ion channels may also contribute to impaired autoregulatory responses of cerebral vessels.

In addition, Koller explains that the impaired autoregulatory mechanisms of brain vessels can play an important role in complications of single or repetitive mild traumatic brain injuries, such as traumatic encephalopathy. This may also be due to the disruption of the blood-brain barrier (which normally prevents the movements of ‘unwanted’ drugs or toxic molecules between the blood and brain and the rest of the body), and failure to eliminate waste products from the brain, resulting in accumulation of proteins associated with the development of Alzheimer-like diseases, and vascular dementia.

Nevertheless, identifying and understanding mechanisms associated with vasomotor dysregulation means that they can be targeted with drugs or other treatments helping to restore autoregulation of cerebral blood flow, therefore avoiding the development of complications associated with head injury. While there have been several animal studies suggesting beneficial interventions, no investigations have explored such possibilities in humans. Future studies led by Koller have new aims: to assess autoregulatory responses of cerebral blood vessels in humans, in various disease conditions considering age, sex, and pregnancy, and then try restoring them to prevent development of brain oedema and neural dysfunction.

What are the next steps required to learn more about how we could restore autoregulatory constriction of blood vessels in the brain after head trauma?

At the moment I do not see how would it be possible to specifically send molecules to the brain to restore the vascular function of CYP450 and prostanoid receptors. What is possible, however, is to avoid anything that would ‘weaken’ the autoregulatory function of cerebral vessels (some commonly used over the counter drugs). In addition, exercise, known to increase blood pressure and flow, can also strengthen and ‘train’ this function. But first, I am planning to investigate whether or not cerebrovascular reactivity is impaired in preeclampsia (high blood pressure in pregnancy) endangering of the brain function of pregnant mothers.

A blow to the head impairs the autoregulation of brain blood flow: Neural consequences was last modified: February 16th, 2022 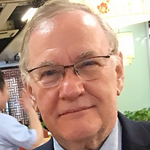 Professor Koller graduated from Semmelweis Medical School in 1975, and continues to be on the Faculty until today. Since 1982, he has been conducting research in microcirculation with Paul C Johnson at the University of Arizona, then from 1987 with Gabor Kaley at New York Medical College, Valhalla. In 2019, he received the most prestigious Malpighi Award of the European Society for Microcirculation.

Professor Koller investigates the microcirculation in health and disease. His recent work explores traumatic-brain-injury-induced impairment of autoregulatory vasomotor mechanisms and its consequences on brain function.

Koller A. (2022). A blow to the head impairs the autoregulation of brain blood flow: Neural consequences. Research Outreach, 128. Available at: https://researchoutreach.org/articles/a-blow-to-the-head-impairs-the-autoregulation-of-brain-blood-flow-neural-consequences/ (Accessed YYYY/MM/DD)