Biology
Ten faculty members from the University of South Dakota and eleven undergraduate students from across the United States including Puerto Rico, came together through the Sustainable RIVER (Remediating InVasives to Encourage Resilience) program to study how a complex suite of historical and contemporary factors affect the current functioning and management of the Upper Missouri River.

Most of society’s grand challenges involve complex and interdisciplinary systems, and new approaches are needed to effectively address these challenges and create opportunities for enhanced sustainability in the future. This includes teaching upcoming leaders in science and society how to delve into research and action on these unwieldy systems that are biophysically, culturally, and historically complex.

For the Sustainable RIVER project, the Upper Missouri River (UMR) was used as the focal system. The Missouri River is the longest in the United States, and its watershed drains approximately 17% of the contiguous United States. The UMR contains the unchannelised, but dammed, portions of the river. The lands surrounding the UMR were home to numerous Native American communities, including the Očéthi Šakówiŋ (the Great Sioux Nation) and the Arikara, Mandan, and Hidatsa tribes, and today, are dominated by agricultural land uses, primarily grazing lands and annual row crops.

A systems-thinking approach considers a variety of environmental, social and economic factors to produce an outcome that explicitly considers trade-offs and opportunities for synergies

A complex system
Six mainstem dams were constructed by the US Army Corps of Engineers on the UMR from the 1930s through to the 1960s, largely for flood control, and the reservoirs created from those dams make up the largest reservoir system in the United States. The siting of the dams resulted in disproportionate flooding of Native American reservation land. Reservations comprise approximately 10% of the land area of the Upper Missouri River Basin, yet approximately 30% of the land that was flooded in the creation of the reservoirs, was reservation land. Although the Native Americans who have cared for the UMR for millennia do not believe in ownership of land or water, the UMR is now heavily managed, and that management has dramatic effects – both positive and negative – on functioning of the river itself and the associated uplands.

The dams on the Missouri River produce approximately 9 GW (gigawatts) of hydroelectric power annually. The Missouri River provides water to millions of people and crop fields, and acts as cooling water for power plants. Recreational benefits from the UMR have been estimated at $68 million annually. The frequency of flooding on the UMR has changed from two annual flood pulses with periodic larger flooding to no annual flooding and two major floods on the UMR in the past 60 years, which has prevented most city and farmland flooding but disconnects the river from its floodplain. The dams have caused downcutting of the river below the dams and delta formation above the dams. The physical impediment of the dam, reductions in abundance of prey fishes and aquatic insects, reductions in spawning habitat, and oxygen-depleted conditions at the head of the reservoirs have contributed to the pallid sturgeon being listed as an endangered species. The marked reduction in the number and area of open sandbars, due to the cessation of flooding, has caused the least tern to be endangered and the piping plover to be a threatened species. Yet the dams have prevented some invasive species from moving upstream. The dams also provide services to the millions of people who live downstream. The lands surrounding the Lower Missouri River and subsequent Mississippi River require the reservoir system of the UMR to prevent large-scale flooding while maintaining sufficient water for navigation.

All the above, combined with differences in the uses and value placed on the river by different people and communities, call for an approach to management that considers the needs of the river’s ecosystem and environment, as well as those of the people who use it.

Sustainable RIVER research
Selena Olvera, a member of the Sisseton-Wahpeton Oyate, analysed the use of the river by Native American tribes throughout history by interviewing members of two tribes within the basin, and highlighted the impacts that European settlement has had on them. The building of the Garrison Dam in North Dakota in 1947 took swaths of land away from the Arikara, Manda, and Hidatsa tribes. This forced the members of these tribes upland of the floodplain, which are generally more infertile, making agriculture to support populations difficult. Olvera stated that “The river is the source of life that connects us all to the Mother Earth and together as relatives. The people of the Očéthi Šakówiŋ (Seven Council Fires) are the caretakers of the Mníšoše (Missouri River) which in turn takes care of its inhabitants.”

Geoffrey Gray-Lobe and Sebastian Ruiz studied the effects of invasive tree and shrub species on breeding birds in riverine forests. They determined the success of nesting efforts by birds in forests with different levels of invasive species, and found that some bird species performed better in woodland with higher levels of invasive trees and shrubs. Other species, however, performed worse with increased presence of invasive trees and shrubs. “The current flow regulation patterns on the Missouri River are the ‘new normal’ for the river, so the flora and fauna along the floodplain will have to respond to these changes,” noted Dr David Swanson, “Whether or not they are capable of responding is a further question that will need to be addressed.”

Tyler Seidel evaluated the extent to which aquatic organisms, especially fishes, affect the quantity of insects emerging into terrestrial ecosystems and therefore available in terrestrial food webs. When fishes were excluded, the abundance of emerging insects increased by up to 900%. This increase in food resources caused an increase to the number of spiders that build webs above the water to capture emerging insects. “Although aquatic and terrestrial ecosystems are often thought of as distinct,” stated Dr Jeff Wesner, “There is a strong connection between what the fishes are eating and the resources that are available to terrestrial animals. In other words, rivers feed forests, and vice versa.”

Developing student sustainability leaders
Sustainable RIVER aims to affect the students beyond their specific research projects by enabling them to utilise a systems-thinking approach to evaluating research and opportunities for creating change.

Student Perspectives
This summer, I learned about the many complicated issues that arise when human values do not align with what is best for the natural habitat. I witnessed the effects of anthropogenic intervention during my own research when we did not find any false map turtles within the reservoir lake created by the Oahe Dam. This was disappointing since this stretch of the river used to be riddled with the false map turtle before the dam was built. Sustainability is about trying to find a balance between taking and conserving. I’m honoured to have had a small part in seeking that balance for the Missouri River basin.”
-Shaylyn Austin

What initially inspired you to coordinate this project?
<>To be a successful researcher in sustainability, I believe that you must be able to do interdisciplinary research. This includes being able to understand systems from multiple disciplinary perspectives, to have a broad enough understanding of the system to ask insightful questions, and to develop technical skills to allow for deep exploration into questions of interest. There is a tendency in student research training to focus on building technical skills to answer specific research questions, but this fails to train the students on how to approach their research from a more holistic perspective. The goal of this project was to offer broader student research training.

What have been some of the most interesting outcomes of the project so far?
<>It has been rewarding to see the value that the students got from working with one another. One student commented “Being able to see the varying perspectives of my fellow participants truly expanded my way of thinking and analysing problems.” This begins to show students that they can be experts and the creators of knowledge.

How easy would it be to apply the approaches developed here to other fields?
<>Although this project is focused on the Upper Missouri River, many of the foundational themes that exist in this system are present in other systems. The interdisciplinary, systems-based approach used in the Sustainable RIVER project can be applied to a broad range of other fields.

How do you expect the project will advance in the upcoming years?
<>We will continue to improve our methods for developing students who are able to work in interdisciplinary teams. For upcoming years, we will have more of the students work in teams of peers to promote peer-to-peer learning and to better utilise the diversity of experiences and expertise of the students. We will also offer more opportunities for the students to work with stakeholders and other faculty mentors. 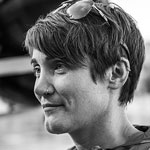 The Sustainable RIVER project had two primary research objectives: one focused on education and one focused on research. The first was to train student scientists who will become leaders in interdisciplinary research and in creating a more sustainable society through their appreciation of using a multi-perspective, systems-thinking approach to understanding and addressing challenges. The second objective was to better understand how invasive elements in the Upper Missouri River affect the sustainability of the river and the humans who depend on it.

The ultimate veg patch: Can phytotechnology save cultivated peatlands?
Earth & Environment
Read This Article
Why we need to reassess the sustainability of aging populations
Arts & Humanities
Read This Article

4 thoughts on “A sustainable approach to environmental management”