Sign up for our free publication
Behavioural Sciences
As Latin America’s middle classes have expanded considerably in the last few years, so have their aspirations for improved living standards, especially in metropolitan areas. Since 2007, Dr Raúl Acosta García of the University of Konstanz has been investigating the efforts of grassroots activists in Guadalajara, Mexico. During this time, he has witnessed a wave of activism through which people without any previous political experience have creatively challenged local government decisions. He has named their engagements ‘aspirational activism’ as they are not driven mainly by ideology, but by yearnings for a better quality of collective life.

Over the last few decades, Latin America has had a roller-coaster type of economic development, albeit with a somewhat upward trend. This has meant that an increased proportion of the region’s population has become middle class, although, this has often resulted in high levels of economic vulnerability. With an increase in affluence levels, education levels have risen and an increase in leisure travel has been observed as well. An aspect of this process that has not often been investigated, is its implications for the political sphere, especially regarding non-governmental forms of organisation and engagement. Dr Acosta García’s research project entitled “Aspirational Activism in Urban Latin America” seeks to examine a growing demand for better metropolitan governance models in the region in a context where stark socioeconomic inequalities remain.

Increased expectations
Latin American cities have grown at a rapid pace. Four-fifths of these city populations now live in towns or urban centres and a large proportion of these urban dwellers live in shanty towns. There has been a somewhat steady, albeit slow, improvement in the quality of infrastructure and housing. However, corruption remains one of the most difficult challenges to overcome, as it wears down the quality of government services and supervision, which in theory should ensure a greater quality of life and help avoid problems. In this context, Dr Acosta García has chosen to focus on activists who work towards improved policies for mobility and public space. The individuals who engage in these issues strive for good metropolitan governance through specific proposals, knowledgeable contributions, and creative performances in the public sphere.

Through a social anthropological focus, Dr Acosta García’s research scrutinises the cultural underpinnings of what he identifies as a cultural shift in perceptions and practices of power. Numerous Latin American countries have gone through various periods of dictatorship or rulership under semi-authoritarian regimes. These played a role in the Cold War by suppressing leftist movements that were considered a threat by the United States. (An example of this is how Mexico has been analysed as living a ‘soft dictatorship’ during most of the twentieth century.) This has meant that many dissatisfied populations in Latin America either rebelled in outright desperation and with violence (for example, in guerrilla fighting), or remained quiet and adopted a submissive attitude. As the Cold War came to an end and there was a global resurgence of the ideals of organised civil society, the 1990s witnessed a surge in citizenship initiatives and expectations. These coincided with an economic upsurge in the region.

In a previous project, Dr Acosta-Garcia explored the role of dialogue in activists’ aspirations for improved forms of democracy

Cycling as a symbol
Dr Acosta García focuses on the activists that have chosen the bicycle as a symbol of their aspirations. With little to no infrastructure to provide safety for its users, its promotion presented clear potential. On the one hand, the bicycle was already used by thousands of poor workers and self-employed retailers. On the other, it was becoming an increasingly trendy vehicle for middle- and upper-class individuals to explore the city and countryside. This combination allowed activists to address some the region’s structural inequalities by promoting safety for all cyclists. This has come hand-in-hand with efforts by international agencies to reduce greenhouse emissions, and with some cities’ goals of attracting innovative companies and creative individuals. Therefore, there has been a convergence of goals which in cases like Guadalajara, has seen the influence of activists shaping visible changes such as more cycleways, better public areas, and improved public transport.

Dr Acosta García has witnessed this movement in Guadalajara, one of his field sites, which has become one of the leading metropolises in Latin America. Several of his research participants now work for various local government offices as experts in the activist issues they previously participated in. Others belong to networks that span the whole of Mexico, Latin America, and beyond, through which they can learn from others and share their experience with activists and government officials from other cities. For many smaller cities throughout the region, it is much easier to relate to a successful case in the region, than to try to imitate what happens in Europe or the United States. This is known as a south-south connection, which is increasingly important as the most rapidly growing metropolises are situated in the global south.

Metropolitan governance
Many challenges exist when it comes to managing large cities. This is especially the case when the population is not used to basic democratic practices that occur in Latin America. A key change that Dr Acosta García has identified is urban activists’ desire to do away with the usual model followed in the region of trusting that a single person (usually a caudillo, or big man) would carry out the necessary changes. Many of the activists involved are scholars or specialists in issues like urbanism, environmental law, or mobility. Therefore, they seek to put forth models of governance that are adapted to regional practices but avoid unhealthy concentrations of power.

For a long time, major infrastructure projects in Guadalajara were car-centric. Over the last couple of years, cycleways have become more common

Through a savvy combination of technical data and moral judgments, activists have positioned their struggles as radical changes in political culture. Dr Acosta García’s research ultimately aims to find out if this is the case, or if the protagonists end up reproducing what they have so strongly criticised. As this project has progressed, Dr Acosta García has noticed how the legitimacy many activists have gained has positioned them as strong men. What they do with this power in the next couple of years, will determine if they fall into the cyclic regional co-optation through which numerous movements have become parts of the institutional landscape or, if they manage to form an alternative political culture with repercussions beyond metropolitan governance.

Experiencing change
An interpretation that has been advanced by Dr Acosta García is that whatever activists do, their influence among wider populations can already be identified as a positive form of empowerment. As the activists focused primarily on presenting live performances in public spaces (i.e., public theatre on streets, parks, and sidewalks), this helped onlookers to develop a type of empathy for how others experience the city. Drivers who previously reacted aggressively towards cyclists, for example, reflected on how vulnerable they are on busy roads. In addition to this, cyclists and pedestrians themselves were also able to identify how vulnerable they were in their day to day cycling in a way they had not previously done so beforehand. This may provide a key insight into how to address long-standing socioeconomic inequalities and their effects.

Changes are already visible in some cities, like Guadalajara, where the number of cyclist deaths has dramatically fallen as cycling infrastructure has greatly improved. Dr Acosta García’s project aims to examine not only the physical changes that governments have carried out, but also the cultural adjustments that activists have achieved. The future goals are to provide more tools for both government officials and activists from other cities and regions that may potentially develop good practices in metropolitan governance. These goals are aligned with funding bodies increasing interest in research to positively influence social development.

What drew you to study aspirational activism in Latin America (Guadalajara and Sao Paulo) in the first place?

What were some of the main challenges with getting so involved with the subjects of your study?

What do you expect some of the main conclusions to be?

Are you aware of similar strategies from other similar citizen activist groups outside of Latin America? What have been the outcomes of their efforts?

Once you’ve finished drawing your conclusions of this study, do you have any other areas of Social Anthropology that you would like to investigate? 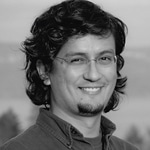 Dr Acosta García’s research project seeks to examine the way in which a new generation of activists demands changes in metropolitan governance to improve the quality of life for urban dwellers.