Biology
Scientific discoveries often come from the most unlikely of places, and Dr Tracy Johnson’s work is no exception. Using a yeast system typically used to make beer or bread, Dr Johnson and her team at UCLA have uncovered important genetic findings that could highlight the importance of intron retention during gene expression. Her research looks at the science of gene expression, investigating the way in which cells synthesise, splice, and process RNA to generate the key proteins that regulate how we, as humans, continue to function.

When you think of the human body, you probably think of the bones, organs, or the skin. But what about the genes that make each of us unique – the biological fingerprints that denote our hair colour, eye colour, and how tall we become?

The 46 chromosomes we receive from our parents at conception go on to shape our bodies later in life. The 20,000 genes they carry are responsible for producing the many proteins and enzymes that are vital for keeping all the cellular processes inside of our body functioning properly.

Genes provide the biological information that dictate how every cell in our body functions – from producing key enzymes, to manufacturing proteins critical to cell growth and proliferation. To synthesise these important proteins though, the gene must first go through the key process of transcription.

Transcribing and translating genes
Transcription is the process by which DNA is copied into messenger RNA (mRNA), using an enzyme called RNA polymerase. This enzyme effectively “unzips” the DNA’s double-helix, breaking apart the hydrogen bonds between DNA nucleotide bases – adenosine (A), cytosine (C), guanine (G) and tyrosine (T). The RNA polymerase then matches complementary nucleotide bases (C–G; G–C; A–U; U–A) to the existing single DNA strand, to form an mRNA strand (uracil (U) replaces the tyrosine found in DNA). This mRNA strand is then exported so that it can be translated into a protein.

Translation is the process by which the mRNA strand is used as a template to make a protein. During this process, the mRNA strand is decoded by a ribosome outside of the nucleus to produce a specific chain of amino acids. This chain later folds to become the active, functioning protein of the cell.

Genes provide the biological information that dictate how every cell in our body functions – from producing key enzymes, to manufacturing proteins critical to cell growth

Splicing research together
During the transcription phase of gene expression, the RNA undergoes “processing” before it can be exported and translated. A key reaction, RNA splicing edits the nascent pre-cursor messenger RNA (pre-mRNA) into the mature mRNA strand needed to form the protein (Figure 1). This process removes nucleotide sequences, known as introns, from the pre-mRNA. The molecular machine which carries out this process is called the spliceosome. This leaves the mature mRNA strand comprised only of exons, and it is these nucleotide sequences which encode the final protein.

Dr Johnson’s research focuses on this area, looking at how cells synthesise, splice, and process RNA to regulate gene expression. Through her role as Professor of the Molecular, Cell and Developmental Biology in the Division of Life Sciences at the University of California, Los Angeles (UCLA), she and her team have recently investigated how introns contribute to gene expression.

RNA splicing: an intron-duction
RNA splicing has long been an area of particular interest for Dr Johnson and her team. For her recent National Science Foundation (NSF) grant, she is studying the influence not only of intron removal, but also intron retention in protein synthesis.

As she explains herself: “Most studies into gene function focus on RNA post-splicing – after the introns have been removed and the mature mRNA is exported. Since introns are generally degraded after removal, little attention is paid to what functions these introns could have. In some cases, however, it appears that intron removal is surprisingly inefficient, and therefore, intron retention is a reality that merits a deeper understanding.”

To this end, Dr Johnson’s research has uncovered a remarkable example for how important intron retention could be. Using a single-celled yeast called Saccharomyces cerevisae as a model system, her work has pinpointed a gene that could harness several important observations within gene expression – called GCR1. This gene provides an effective example of the importance of splicing regulation in cells: in Saccharomyces cerevisae, GCR1’s RNA, both spliced and unspliced, allows the cell to adapt to certain cellular conditions.

Yeast genetics
The GCR1 gene encodes a protein responsible for the regulation of genes that support glucose metabolism – yeast’s preferred source of energy. In fact, 75% of the genes in actively-growing yeast are believed to rely on the protein GCR1 encodes. The cell’s ‘decision’ to produce this protein depends on the cellular environment and the availability of glucose. Dr Johnson and her team have now discovered that regulated splicing and intron retention appear critical for this – ensuring GCR1 gene expression, and ultimately glucose metabolism, can continue regardless of cellular conditions.

In differing levels of glucose, Gcr1 protein (Gcr1p) expression varies in order to support the cell’s metabolic needs. To regulate this and ensure Gcr1p expression can suitably adapt to the changing environment, the cell relies on regulated splicing of the GCR1 RNA. Remarkably, both spliced RNA and unspliced RNA produce Gcr1p, with the intron containing the regulatory code needed to initiate translation from the unspliced RNA. The level of spliced vs. unspliced GCR1 is dependent on the cellular conditions, yet both are essential for ensuring effective glucose metabolism.

Now, here’s where it gets interesting. Dr Johnson and her colleagues have found that the proteins from the unspliced and spliced GCR1 RNAs associate with each other to form “dimers” – homodimers and heterodimers. So, instead of one Gcr1 protein, there are at least three different functional forms of the protein from three combinations of Gcr1 protein dimers (see Figure 2).

In other words, one gene leads to three functional forms of the protein, and these can then regulate the expression of GCR1 target genes. In essence, both RNAs, with and without the intron, are necessary to produce the proteins that are crucial for the cell to fulfil its key metabolic function. This consequently highlights the importance of intron retention.

Intron retention
Dr Johnson’s work opens several avenues for further research, and creates a paradigm for exploration into the influence of intron retention. One such avenue could include investigating the ‘quality control’ mechanisms hypothesised to prevent the export of unspliced RNA, which appear to be evaded in the GCR1 example.

Both of these avenues are currently being investigated by Dr Johnson and Dr Munshi Azad Hossain, a research scientist in Dr Johnson’s laboratory.

Beer, bread and brains
Dr Johnson’s further research will also look to apply her yeast-derived findings to mammalian cells – which she is confident will come to fruition. In fact, research has recently suggested the potential benefit on intron retention in the mammalian brain, which Dr Johnson cites as a source of excitement for her own work. She said: “A recent report in mammalian neurons provides a remarkably similar example of how a retained intron can be crucial for RNA function in the mammalian brain.” This report highlights that Nxf1 protein RNA contains a retained intron in both hippocampal and neocortical neurons, with proteins produced from RNAs that also form important dimers (Li Y et al. Mol Biol Cell 2016). This mechanism proves vital in modulating cellular function.

Dr Johnson’s research has established innovative new findings from a yeast system typically used to create beer or bread. Her research challenges existing beliefs that introns are simply a “genetic refuse” and demonstrates that there is a lot more to introns than meets the eye.

How did you first become interested in gene expression? And what particularly peaked your interest in investigating RNA splicing?
<>I’ve always been intrigued by the fact that, although the DNA in each cell of an individual’s body is the same, those cells must perform specific functions. So, clearly there must be important mechanisms that control which genes are expressed in different cells under different conditions.

I find RNA splicing to be an absolutely fascinating process. The typical human gene is interrupted, on average, 10–12 times by introns. In human genes, most of the sequence of any given gene is intron – 98% vs. 2% exons. Nonetheless, there is still so much to learn about the functions of introns and the remarkable machinery that removes them (and in some cases, does NOT remove them), i.e., the spliceosome.

As your research has largely used yeast as a model system so far, when do you hope to replicate your findings within mammalian-derived genes?
<>Actually, we have already started using a particular type of immune cell called a macrophage to examine how splicing is regulated in response to specific signals. In this case, instead of asking how yeast cells regulate splicing to respond to glucose, we are asking how splicing regulation helps the immune cell respond to the presence of a pathogen. We think that many of the lessons that we learn about yeast gene regulation will inform our thinking about the same basic processes, like transcription and splicing in mammals.

You mention that introns are a relatively ignored area of research. Why do you think this is, and what more needs to be done to improve understanding?
<>Actually, a better way of phrasing this is that when we think of intron-containing genes, there is an assumption that the only important parts of the genes are the exons, the protein coding region. Perhaps since introns are removed and, usually, degraded we’ve underestimated their potential for coding functional RNAs or even, as is the case of GCR1, functional proteins. However, with the advent of increasingly sophisticated sequencing technologies, it is clear that there is likely to be more intron retention that we’ve previously appreciated.

Where do you hope to see your research progressing to over the next five years?
<>I would like to understand how sophisticated regulation of genes like GCR1 allow cells to respond to their environments. While S. cerevisiae has been a powerful tool for gaining detailed mechanistic insights, we would also like to see how the basic mechanisms apply to other more complex systems such as mammalian cells.

From beer to brains: how yeast molecular genetics prove the importance of introns was last modified: June 25th, 2018 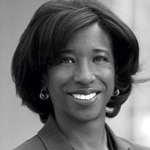 Professor Johnson earned her Bachelor’s degree from UCSD and her PhD from UC Berkeley. She was a Jane Coffin Childs postdoctoral research fellow at the California Institute of Technology and joined the faculty at UCSD in 2003. In 2013, she moved her laboratory to UCLA in the department of Molecular, Cell and Developmental Biology.