Behavioural Sciences
The repeated use of methamphetamine, or meth, is known to cause significant changes in the brain and cognitive impairments, which might strengthen or perpetuate a user’s addiction. Dr Carmela Reichel at the Medical University of South Carolina has conducted extensive research investigating the relationship between motivated meth use, meth-induced cognitive dysfunctions, and relapse. Her work has highlighted a number of cognitive and neural patterns associated with regular methamphetamine use that could increase the risk of relapse for addicts.

Methamphetamine, also known as meth, is a highly addictive stimulant that first surfaced in the 20th century and has since become one of the most abused substances worldwide. The U.S. Drug Enforcement Administration classifies methamphetamine as a Schedule II stimulant, which means that it can only be legally purchased with a nonrefillable prescription. While it is sometimes prescribed in low doses to treat attention deficit hyperactivity disorder (ADHD) or a few other health conditions, the sense of euphoria it typically elicits has resulted in many people becoming addicted to it and purchasing it illegally for recreational use. Methamphetamine addiction is a highly detrimental substance use disorder that is often associated with a wide range of psychiatric symptoms, cognitive impairments, and a severe risk of relapse after treatment. Past studies suggest that regular meth consumption can adversely affect a number of cognitive domains, including a user’s attention, impulsivity, and memory. However, the relationship between meth-related cognitive impairments, addiction, and relapse is still poorly understood.

Dr Carmela Reichel, Associate Professor at the Medical University of South Carolina, has been conducting research investigating the cognitive and neural underpinnings of meth addiction, as well as other substance use disorders, for several years. Her research is helping to identify impairments caused by repeated meth use that could perpetuate the addiction cycle and increase the risk of relapse in regular users.

Regular meth consumption can adversely affect a number of cognitive domains, including a user’s attention, impulsivity, and memory.

The effects of regular meth use on attention, memory, and impulse control
Past research in the fields of neuroscience and psychology has repeatedly highlighted the adverse effects that continuous meth intake can have on specific brain regions and the cognitive functions associated with these regions. The most pronounced and enduring effects of repeated meth use are on the brain’s executive functions, which include a variety of cognitions associated with decision-making, attentional control, and working memory. Additionally, past findings suggest that meth consumption can impair people’s ability to recall events planned or in the past of their life (i.e. their procedural and episodic memory) and to mentally process information. All of these cognitive functions are typically associated with activity in cortical and subcortical brain structures, which appear to undergo significant maladaptive changes as a result of continuous meth consumption.

A brain region that appears to be compromised after meth use is the perirhinal cortex (PRH), which is an important neural substrate that allows people to recognise things that they observed in the past (i.e. recognition memory), while also directing the flow of information into and out of the parahippocampal structure. Other structures that are impacted by repeated meth use are the medial prefrontal cortex (mPFC), which is known to mediate inhibitory control over risky behaviours (e.g. drug overconsumption), and the nucleus accumbens core (NAcore), an area that regulates reward-related behaviours.

Brain regions that seem to be compromised after meth use are the the prefrontal cortex, the nucleus accumbens core and the perirhinal cortex. Damages to these regions result in memory impairment, loss of impulse control and bias to drug-related stimuli.

Combined, damage to these brain regions results in significant memory impairments, a loss of control over impulses, and a bias to drug-related stimuli (e.g. objects associated with meth consumption) that might make addicts more prone to relapse.

Meth-induced memory deficits could fuel the addiction cycle
Dr Reichel has carried out a number of studies investigating the effects that repeated meth use can have on memory and ways to restore those memory processes affected by meth. In addition, she explored the possible links between these effects and the high risk of relapse associated with meth addiction, which could ultimately help to devise more effective treatments for meth use disorders.

In her studies, Dr Reichel observed that repeated meth intake can dysregulate the PRH, which is involved in recognition memory. She thus hypothesised that meth addicts sometimes struggle with recognition memory due to a loss of communication between PRH projection neurons and the mPFC. Moreover, she proposed that the neural pathway containing prelimbic (PL) outputs of the mPFC that project to the NAcore region is adversely affected by meth use, which increases the relevance of drug-related cues, leading to high relapse rates.

Distinct pathways seem to mediate the characteristic impairments in object recognition (PRH-mPFC) and the high risk of relapse (PL-NAcore) seen in meth use disorder. While the PRH-mPFC neural pathway has been the focus of numerous research studies, the effects of the PRH-NAcore pathway on behaviour are still poorly understood. Dr Reichel suggests that this pathway could be the link between meth-induced memory impairments and relapse.

Dr Reichel’s experiments on male and female rats showed that the long-term consumption of meth led to both sexes failing to recognise novel objects. She observed that this inability to recognise objects was associated with a long-term reduction of activity or depression in the PRH cortex.

Subsequently, Dr Reichel found that modulating mGluR5 (metabotropic Glutamate receptor 5) in the PRH cortex could partially reverse the adverse effects of meth use on the rats’ ability to recognise new objects and a bias towards meth-related stimuli.

By infusing a new positive allosteric mGluR5 modulator, called 1-(4-(2,4-difluorophenyl) piperazin-1-yl)-2-((4-fluorobenzyl)oxy)-ethanone, into the PRH cortex of rats who had repeatedly used methamphetamine for an extended period of time, Dr Reichel and her colleagues were able to restore novelty salience. This essentially means that after these infusions, the rats responded in the same way to new and meth-related stimuli, while they previously responded to the latter with meth-seeking behaviour. These findings suggest that targeting mGluR5 receptors in the PRH cortex could potentially be a promising strategy for reducing the risk of relapse in meth addicts.

In one of her most recent works, Dr Reichel conducted a different experiment to test the hypothesis that meth-induced novel object recognition deficits (associated with depression in the PRH cortex) increase the vulnerability of individuals who are addicted to meth to relapse. Here, she tried to restore the rats’ novel object recognition memory by applying an excitatory Gq-DREADD (a synthesised receptor) on perirhinal neurons. Designer receptors exclusively activated by designer drugs (DREADDs) are essentially artificially created receptors that allow neuroscientists to selectively intervene on neural pathways with high precision in order to investigate the functions and behaviours associated with different brain regions or neuron populations.

Dr Reichel started investigating interventions that could reverse the damage to meth users’ recognition memory and thus potentially help to reduce the risk of relapse.

The Gq-DREADD-based intervention carried out by Dr Reichel and her colleagues appeared to confirm their hypothesis. In fact, they found that the use of these synthesised receptors to activate perirhinal neurons reversed meth-induced novel object recognition deficits and restored novelty salience, in a similar way to their previous experiment that targeted mGluR5 receptors.

Moving towards more effective treatments for meth addiction
Dr Reichel’s research offers valuable new insight that could help to devise more effective strategies to treat methamphetamine use disorder. In addition to confirming the adverse effect of long-term and repeated meth use on the PRH-mPFC and PL-NAcore neural pathways, as well as the associated repercussions on individual users’ memory, attention, and impulse control, her work shows that some of these deficits could fuel patterns of addiction and make meth addicts more prone to relapse.

Notably, Dr Reichel found that some memory impairments associated with meth use could be partly overturned using chemogenetic techniques. More specifically, she observed that interventions targeting mGluR5 and GluN2b receptors in the PRH cortex or enhancing signalling of perirhinal neurons could reverse adverse effects on meth addicts’ novel object recognition memory, thus reducing their bias towards meth-related stimuli and increasing their willingness to respond to new stimuli that they do not associate with meth use.

In the future, the findings gathered by Dr Reichel and her colleagues could inform the development of new pharmacological treatments and chemogenetic interventions that could reduce the risk of relapse among individuals who are addicted to meth. By targeting glutamate receptors or neurons in the PRH cortex, these treatments could also help to restore some of the patients’ memory functions, helping them on their path to recovery. 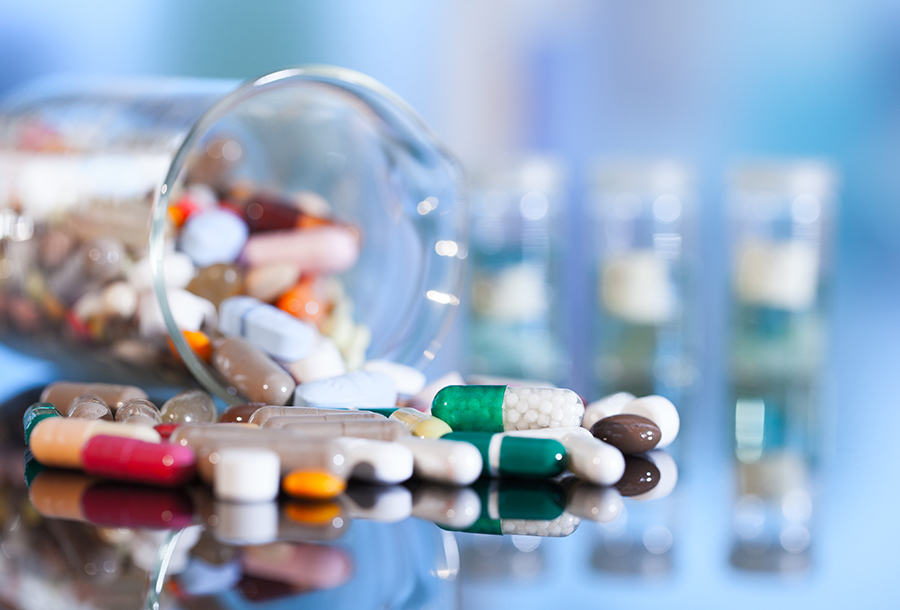 <> Addiction is a debilitating disorder that effects individuals, families, and communities. I am passionate to help discover ways to alleviate the distress involved with addiction by finding ways to help maintain abstinence from drugs. Addiction is a complex cyclic disorder and to overcome the cycle, interventions must occur to break it. To break the cycle, researchers need a comprehensive understanding of the cognitive, behavioural, and neural systems that are disrupted in addiction pathology. Contributing to help find the solutions of addiction inspires me to conduct this research.

Can cognitive impairments caused by methamphetamine use perpetuate the addiction cycle? was last modified: February 10th, 2021

Dr Carmela Reichel’s research is concentrated at the intersection between cognitive and motivated behaviours that relate to drug taking and seeking as well as the development of anti-relapse pharmacology. Her research mission is to aid the understanding, prevention, and treatment of the multifaceted elements that lead to addition.

Unlocking the mechanism of action of arsenic trioxide in leukaemia
Health & Medicine
Read This Article
An objective, holistic and fair tool for measuring productivity
Business & Economics
Read This Article