Physical Sciences
Optical fibres play indispensable roles in modern communication technologies, as well as in remote sensing and power transmission. With the expansion of the domain of application of optical fibre communication to subscriber and customer premises, the focus of new optical fibre-based technologies has been shifting from performance improvement to miniaturisation and cost reduction. Optical connectors are crucial components of optical fibre networks, joining optical fibres where connect/disconnect capabilities are required. Professor Ryo Nagase of Chiba Institute of Technology is leading the development of next-generation optical connectors, which will pave the way for the design of future optical communication capabilities.

Optical fibres underpin some of the most advanced and efficient communication and information technologies currently available. An optical fibre is a flexible glass fibre with a diameter only slightly thicker than a human hair. Optical fibres can be used to transmit light over long distances with higher data transfer rates (or ‘bandwidths’) than standard electric cables. Compared to metal wires, optical fibres also exhibit far lower signal loss and are immune to the effects of electromagnetic interference, which can disturb electrical conduction in metal circuits and cause a deterioration of, for instance, TV or radio signals. They can also be bundled into cables, which is especially important for telecommunication and computer networking.

Optical fibres
Optical fibres are typically constituted by a core material, which drives the propagation of light, and a cladding material outside the core with a lower index of refraction, to ensure that light is reflected at the core-cladding interface and remains trapped inside the core. The optical fibre core exploits a phenomenon known as total internal reflection, which is responsible, for example, for the ability of a water surface to reflect, with no loss of brightness, light travelling underwater toward the surface. The optical fibre core can therefore act as a waveguide for the propagation of light between the ends of the fibre, irrespective of the geometry and curvature of the fibre.

Transmission speed
Optical communication traffic has steadily been increasing over the last decades, driving an effort to increase the performance of optical fibres. “However,” explains Nagase, “the transmission capacity of conventional, or single-mode, fibres has now reached its maximum theoretical value of around 100 Tbit per second, equivalent to roughly 110 trillion transmitted binary digits per second.” Novel techniques and fibre design concepts are therefore required to further increase the bandwidth of future optical fibres.

Optical fibres exploit light reflection to transfer signals over long distances with high efficiency and speed and with minimal loss.

Optical connectors
Optical fibre connectors terminate the ends of an optical fibre and enable connections or disconnections to a different fibre end. They act mechanically by aligning the cores of the two fibres to allow light to pass through the junction. Interconnect technologies have been continuously developed to meet new requirements in high-power transmission, high-density on-board wiring and multicore fibre interconnection. For over 35 years Nagase has devoted his research into this field, to explore and bring to fruition innovative interconnection approaches for the construction of fast, reliable and efficient optical fibre networks. Despite these many improvements, the basic principles and the design of optical connectors have hardly changed over the years. For single fibre coupling, connectors like zirconia ferrules and split sleeves are typically employed, for multifibre coupling, MT ferrules are typically employed. These connectors have a ‘floating mechanism,’ which imparts stability to an optical fibre connection even in unstable environments or in the presence of high vibrations. Both classes of connectors are based on physical contact technologies and their design principles have been recognised by the Institute of Electrical and Electronics Engineers (IEEE) and certified in the IEEE Milestone “Physical Contact Push-Pull Technology for Fiber Optic Connectors, 1986” in March 2021. IEEE Milestones honour important and transforming technical achievements of global significance in all areas of electrical and electronic engineering.

Connector design and optimisation
Professor Nagase has carried out pioneering research work in the fundamental aspect and in the application of optical connectors since 1985, and he has been the proposer of a number of advanced connector technologies. His main current interest at Chiba Institute of Technology are next-generation optical connectors, in particular multicore fibre connectors. Optical connectors are essential in all optical networks and about 30 different types of connectors are currently available on the market.

The most important feature of a connector is its mechanical stability, which is essential for maintaining a reliable light transmission between fibres. Environmental factors, such as temperature changes, can compromise the stability of the contact between the fibres and cause a loss of light transfer performance. Nagase has demonstrated that this instability can be eliminated by applying a compressive force to the connector ferrule, which deforms the ferrule ends. The efficiency of this method is strongly dependent on the shape and material of the ferrule, and, in the case of fibre connectors with spherical convex polished ends, which are widely employed in optical fibre transmission systems, zirconia ceramic has been shown to be an excellent and affordable ferrule material for large-scale optical connectivity.

Floating mechanism
Optical connectors are usually operated by hand, and they are therefore subject to forces whose magnitude is of the order of tens of newtons. They should typically allow component deformations of the order of tens of micrometres, and an accuracy of 1 micrometre or less in the alignment of the optical fibre cores is required to avoid compromising the light transmission. Optical connectors used in telecommunications can benefit from a ‘floating mechanism’ to eliminate the influence of deformations on the connection stability. The design of a floating mechanism makes it possible to accurately match the ends of the connected optical fibres, even if force acts on the cable, through a floating motion of the connector, which is controlled mechanically using springs. In this case, the floating motion of the connector effectively absorbs the environmental perturbations that can cause fibre misalignment.

Connecting multi-core fibres
Whereas the floating mechanism can be used efficiently in the case of single-core fibre junctions, for multi-core fibres this method suffers from severe limitations caused by the need to keep each individual fibre core matched and aligned separately. Because of this critical issue, no practical general strategy for designing multi-core fibre connectors has been proposed to date.

Nagase has recently addressed this problem. He has developed a new mechanism for ensuring stable connectivity of multi-core fibres. His approach is based on the floating mechanism principle, which is however extended to allow a more precise alignment of the rotation angle of the connector ferrule and the plug housing. His technique builds on the use of a mechanical coupling device exploiting a technique called Oldham’s mechanism to transfer torque between the shafts when these two shafts are slightly misaligned. Effectively, the ferrule is allowed to float on the plug housing, but it cannot rotate around its axis. This approach has been tested and validated through the development of a 7-core fibre connector and through a quantitative characterisation of its light-transmission performance and stability. This success represents an important first step in the realisation of robust and reliable multi-core fibre connectors matching the requirements of future high-performance optical communication networks. 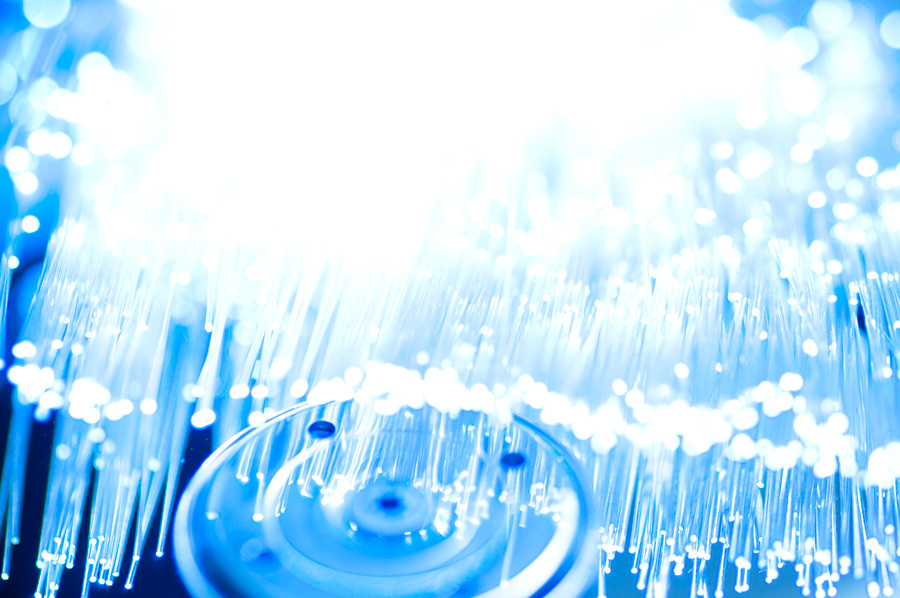 The development of robust and efficient connectors for optical fibres, to which your work has made important contributions, is one of the key ingredients in the creation of robust and scalable optical networks. What are the most promising advances in this field? 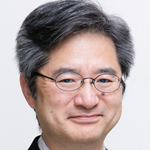 Ryo Nagase received his BE, ME, and PhD degrees in precision engineering from Tohoku University, Japan, in 1983, 1985, and 1998, respectively. From 1985 to 2009, he was engaged in the research and development of optical fibre connectors at NTT Laboratories. He has been a professor of Chiba Institute of Technology, Japan since October 2009.

Ryo Nagase has been involved in the research and development of fundamental technologies for optical connectors since 1985. His research interests also include optical remote-sensing technology.