Health & Medicine
Children with autism spectrum disorder (ASD) see the world differently and can find it hard to interact with both their environment and other people. Sport has many benefits for mental and physical health, and therefore Kelong Cai, of Yangzhou University, hypothesised that sport may offer a novel therapy for pre-school children with ASD. He implemented a 12-week mini-basketball programme for children with ASD and found that this improved social communication, executive function, and reduced repetitive actions. This suggests that exercise programmes should be considered alongside current therapeutic approaches for children with ASD.

Autism spectrum disorder (ASD) is a lifelong developmental condition that affects how a person communicates with and relates to other people. It can also affect the way people interact with the world around them. According to the latest statistics from the US Centers for Disease Control and Prevention (CDC), the prevalence of ASD has increased to 1 in 54 children. Autism is a spectrum condition meaning that whilst all people with ASD share some similarities, everyone is affected differently. The terms ASD and autism are often used interchangeably.

Exercise and white matter
As well as keeping people fit and healthy, being part of a sports team or taking part in any physical activity can increase self-esteem, develop social skills, and improve mental health and wellbeing. Whilst sport is something that can be daunting to children with ASD due to the sensory overload and the need for social communication, with the correct support it is something that can make a huge difference to a child’s life.

Studies have previously shown that physical activity programmes can improve social communication outcomes in children with autism. This includes improvements in social awareness and cognition, and emotional regulation. It is unclear, however, whether the type of sport makes a difference. Researchers have noticed that team sports with an individual component, such as baseball or basketball, are good options for children with ASD. 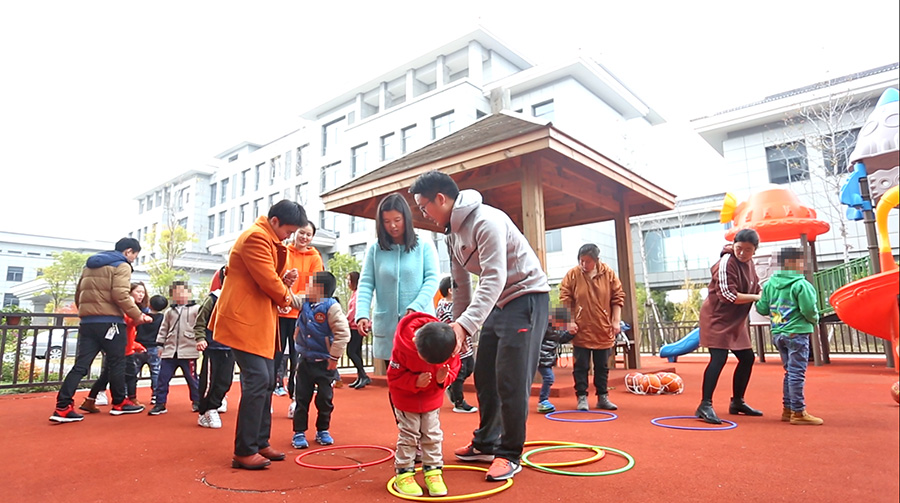 However, less is known about the cognitive and neurological changes that underpin these improvements. There are differences in the brains of people with and without ASD. Specifically, people with ASD tend to demonstrate differences in the white matter of their brain. White matter is made up of a collection of densely packed neurons and is surrounded by grey matter. Scientists have previously shown that differences in white matter in the brains of children with ASD were associated with impaired social communication skills. Grey matter contains fewer nerve cells and includes regions of the brain involved in sensory perception, emotions, decision-making, and self-control.

Given these differences, Kelong Cai, of Yangzhou University, explored the relationship between exercise and white matter in relation to social communication. He chose an exercise programme based around mini-basketball.

According to the latest statistics from the US Centers for Disease Control and Prevention (CDC), the prevalence of ASD has increased to 1 in 54 children.

Mini-basketball is a simplified version of adult basketball that is suitably adapted for children. The goals are lowered, the ball is smaller, the game is played on a smaller court, and sometimes smaller teams are used to avoid the children crowding around the ball. The mini-basketball training programme (MBTP) conducted by two certified physical educators and a collective teaching mode was used to facilitate social interaction and communication among participants while parent’s participation in and attendance at exercise sessions was strongly encouraged.

The MBTP was designed to include various levels of difficulty so that teachers could administer the session at appropriate levels for children. This might also motivate children to progress to higher levels in the course of the training programme. The 12-week MBTP was divided into three phases to achieve different targets.

The benefits of sport for social communication
The study recruited 29 children with ASD who were aged three to six years old. The children were split into two different groups. One group participated in a mini-basketball training programme (MBTP), consisting of five sessions per week for 12 weeks. The control group were advised to continue with their normal levels of activity.

The results showed that at the end of the 12-week period, the children who had taken part in the exercise programme had lower social communication scores, indicating improvements in their ability to interact with others (the method of collating data meant that lower scores indicated greatest improvements). However, they did not notice any significant reduction in mannerisms associated with ASD, such as repetitive body movements or hand gestures.

They also noticed changes in the white matter of the children in the exercise group. Specifically, these changes seemed to be in areas of the brain that are known to be linked to social communication impairments in individuals with ASD.

How else can sport help children with autism?
As well as changes in communication and brain composition, Cai hypothesised that an exercise programme may also improve executive functioning and core symptoms in pre-school children with ASD.

Executive functions include cognitive skills such as memory, flexible thinking, and self-control. These skills are used to carry out goal-directed behaviours and to navigate day to day life. However, people who have trouble with executive function can sometimes find it challenging to do everyday activities, perhaps finding it hard to maintain focus, to follow instructions, or to handle emotions.

This is the first study to explore the relationship between exercise, social communication, and white matter integrity in children with ASD.

In this group of children with ASD, the results of the study showed that the MBTP group had improved working memory and regulation compared to the control group. The same group also showed improved core symptoms and repetitive behaviours. Some core symptoms are associated with disordered sleep and eating behaviours, therefore these confounding variables were collected at baseline, as well as at the end of the programme.

Interestingly, previous research has shown that executive dysfunction can be predictive of core symptoms of ASD. This adds further support for Kelong Cai’s work which focuses on pre-schoolers, as early intervention is likely to be most effective for the improved development of executive functioning in children with ASD.

Kelong Cai suggests that the benefits of exercise programmes might be linked to the cognitive demands placed on the brain during sports such as mini-basketball, something known as the ‘guidance effect’. For example, MBTP requires the children to learn new, complex motor skills. These new skills require the brain to work hard, and the demands placed on the brain may indirectly affect executive functions. However, further work is required to fully investigate this.

Alternatively, Cai explains that the release of neurochemicals, such as brain-derived neurotrophic factor, could be influencing cognitive functions.

A new approach for autism spectrum disorder
This is the first study to explore the relationship between exercise, social communication, and white matter integrity in children with ASD. Although the sizes of the studies were relatively small, Kelong Cai emphasises that exercise can make a significant neurological difference for children with autism and that this correlates with an improvement in social communication.

Furthermore, most other studies have focused on school age children with ASD, rather than pre-school children. It is well known that early life is a critical period for growth and development, therefore early intervention may be more effective than engaging with therapies later in life.

Currently, there is no pharmacological therapy for children with ASD. Instead, behavioural therapies are used, but these can be difficult for some families to access, and may only result in shorter term changes in ASD-related behaviours. Exercise programmes could offer an alternative therapy that improves cognitive function and the underlying structure of the brain.

<>
The research we are currently conducting will evaluate children with ASD 3 months after the exercise intervention is stopped. According to the preliminary data, the exercise effect still exists. We estimate that the effect of exercise could last for approximately 3−6 months. But we have not yet published this work. In the future, we will conduct more in-depth explorations on this issue. 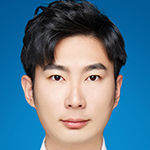 Kelong Cai, doctoral candidate, is a core member of the Institute of Sports, Exercise and Brain, Yangzhou University, dedicated to the research of exercise to promote the rehabilitation of autistic children. 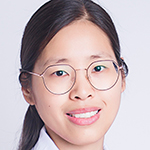 Zhimei Liu is a doctoral candidate at the College of Physical Education, Yangzhou University. She has been engaged in clinical and scientific research work related to children’s rehabilitation for more than ten years. Her main research direction is sports rehabilitation and brain improvement of exceptional children. 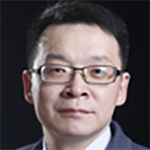 Dr Wei Wang is a senior professor at Affiliated Hospital of Yangzhou University. He is mainly engaged in the research of neurological intervention and functional brain imaging. He has made outstanding contributions to the field of neurologic impairment, especially in the functional diagnosis of diseases. He has published a number of influential academic papers on the neuroimaging of Parkinson’s disease and cerebrovascular disease. 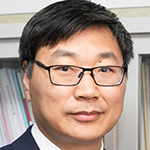 Dr Aiguo Chen is a professor at the College of Physical Education in Yangzhou University. He holds a PhD in education from the Beijing Normal University. He is the Changjiang scholar of China. His research focuses on exercise and brain in children and adolescents.

Kelong Cai has studied the effects of exercise programmes on pre-school children with ASD.

We would like to thank the National Natural Science Foundation of China (31771243) and the Fok Ying Tong Education Foundation (141113) for supporting Aiguo Chen.

We would like to thank Aiguo Chen and Zhimei Liu for their help with different aspects of this study and express our sincerest appreciation to the children and parents who generously gave their time and courage to participate in this study. 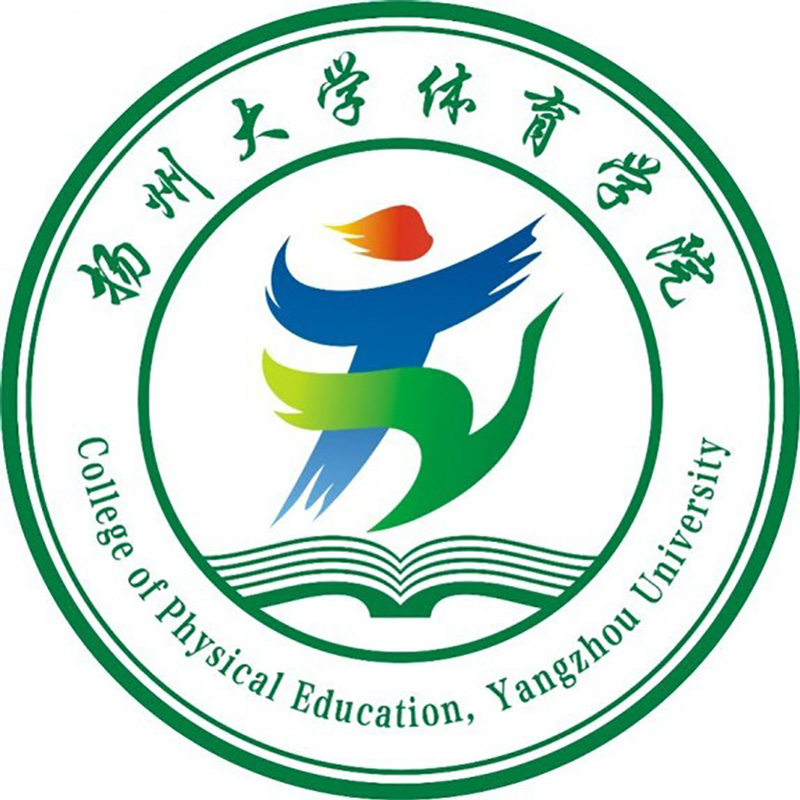