Earth & Environment
New Zealand’s Taupō Volcanic Zone (TVZ) is characterised by faulting, subsidence, voluminous volcanism, and geothermal activity. The gravity anomalies this activity produces have been mapped for more than 70 years. Through a new programme of collection and analysis of these data, Dr Vaughan Stagpoole, Dr Craig Miller and colleagues of GNS Science have revealed known collapse calderas in greater detail than ever before, and identified previous unrecognised subsidence features. This new understanding of the evolution of the TVZ has implications for modelling caldera formation and managing the associated hazards.

The Taupō Volcanic Zone (TVZ) of New Zealand’s North Island is a complex and dynamic geological environment, thanks to its position on the Australian Plate above the subducting Pacific Plate. The TVZ marks the southernmost end of the 2,800 km-long Tonga-Kermadec back-arc (complex geological areas behind volcanic arcs, adjacent to the subduction zone). For the past two million years, the region has experienced extensional tectonics – forces that pull apart – that have formed the Taupō Rift. Taupō Rift is characterised by normal faulting (where the rock above the fault slumps downwards relative to the rock below the fault), subsidence, voluminous volcanism, and geothermal activity.

The TVZ is underlain and fringed by basement rocks (metamorphic rocks that underlie shallow, ‘modern’, sedimentary and volcanic deposits and form the main foundation of the continental crust) formed of Mesozoic meta-sediments. The TVZ itself hosts numerous calderas. These vast collapsed craters are formed during very large volcanic eruptions, when a significant volume of material moves from the subsurface to be erupted. As the subsurface magma reservoir is drained the overlying strata slumps and collapses leaving large topographic depressions tens of kilometres in diameter that subsequently fill with volcanic deposits and sediments.

Active, caldera-forming volcanism, although infrequent, represents one of New Zealand’s greatest geological hazards. Knowledge of the size, location, and structural setting of caldera volcanoes, in conjunction with the long-term deformation caused by rifting, is important for accurately interpreting monitoring data and informing risk assessments.

Over the last two million years, down-faulted troughs and calderas have filled with low density, often unconsolidated, volcanic deposits, most of which were deposited after large, explosive eruptions of high-silica magma. The density contrast between these volcanic materials and the meta-sedimentary basement rocks is significant, making this area an ideal natural laboratory for using gravity data to map sub-surface structures. At GNS Science, New Zealand’s national research institute for geology, geophysics, and nuclear science, Dr Vaughan Stagpoole, Dr Craig Miller and colleagues have used 70 years of gravity data to develop high-resolution maps of caldera evolution in the TVZ. The new details they have revealed provide information about the evolution of the Taupō Rift and caldera formation that have implications for the associated geological hazards in the TVZ.

Gravity anomalies and what they tell us
‘Gravity’ is a force generated between two objects or centres of mass, and which attracts those objects to each other. For a perfect sphere with a unform density, the force of gravity is equal across its surface. However, the Earth is neither a perfect sphere (it is flatter at its poles) nor a body with a uniform density, so gravity can vary at different points on its surface depending on elevation (height above the centre of mass) or latitude. In addition, an area of low density forms a deficit of mass (resulting in a negative gravity anomaly), while an area of high density forms a mass excess (resulting in a positive gravity anomaly).

The spatial distribution of changes in gravity over a given area is revealed by observing the gravitational acceleration, or g, which is a measure of how fast a free-falling object will accelerate towards the ground. On Earth, g is approximately 9.8 m/s2; as described above, however, this varies slightly from place to place. Some gravity meters (or gravimeters) measure the absolute value of g by measuring the actual velocity of a falling mass, usually using laser beam technology. Most use a relative system, however, whereby a spring stretches by different amounts relative to a nearby station where the absolute gravity is known: more stretching means higher g. A network of such stations exists around the world. The data analysed by Dr Stagpoole and Dr Miller are from ‘relative’ measurements linked to gravity reference stations within New Zealand.

Today, gravity anomalies are generally given as Bouguer gravity anomalies, named for the 18th century French geophysicist, Pierre Bouguer. Bouguer anomalies are easier to interpret because they have been corrected for the difference in elevation between the measurement station and sea level (a reference point for gravity measurements), and for the impact of local terrain; the mass of the rock that forms the terrain (eg, mountains and valleys) above or below the station down to sea level that also cause subtle changes to g.

The first gravity measurements in New Zealand were made in 1769 by Captain James Cook, using a pendulum apparatus (the oscillation of the pendulum changes with changes in the force of gravity at a given location). Until the 1940s, subsequent measurements, also mostly made using pendulums, were mainly opportunistic and uncoordinated. However, in the 1950s, the New Zealand Primary Gravity Network of 437 gravity station sites was established. Since the network was created, the sites have undergone numerous resurveying, with many moved, lost, or added. As of 2020, the Gravity Reference Stations network contained nearly 1,200 stations that form the backbone of New Zealand’s modern gravity monitoring system and the network that Stagpoole, Miller and colleagues used to tie their gravity in the TVZ.

The first gravity measurements in New Zealand were made in 1769, by Captain James Cook, using a pendulum apparatus.

The (gravitational) pull of New Zealand
Gravity surveys of the TVZ date back to the 1950s, when they were used to help inform geothermal exploration. Stagpoole and Miller are spearheading an effort to compile and reprocess all of the available data from the region. Together with new data, they have compiled more than 10,000 observations, taken from government databases and surveys, university theses, and published scientific papers.

Their analysis of the data was a three-stage process. First, they compiled a comprehensive database of gravity anomalies throughout the TVZ and its margins. Next, they removed the large, regional-scale signals that dominate the data, signals predominantly created by the subduction of the Pacific Plate beneath the North Island. The regional-scale gravity field is a relatively smooth and predicable gradient across the North Island, falling from a high in the back-arc area to a low beneath the point at which the oceanic crust of Pacific Plate starts to dip beneath the continental crust of the Australian Plate.

This gradient hides the detailed gravitational variations (ie, those on scales of ~20 km or less) that characterise structural features within the shallow crust. Finally, after subtracting the regional signal from the data, the remaining signal – the residual gravity – was used to interpret smaller-scale linear (eg, faults) and circular (eg, volcanic calderas) features. Calderas are filled with low-density volcanic material and coincide with low gravity anomalies; higher gravity values are found for dense, consolidated volcanic or basement units.

The compilation of such a vast wealth of data from multiple studies has greatly improved spatial coverage of gravity data, and by removing the regional gravitation signal, the team has revealed the outlines and internal structures of previously recognised collapse calderas in greater detail than ever before. In some cases, the gradients in the gravity anomalies have revealed multiple episodes of collapse. Stagpoole and Miller have also been able to identify previously unrecognised subsidence features, which may represent additional calderas. A critical part of this work was the integration of offshore measurements within the dataset; this has allowed for improved understanding of how the underwater portion of the TVZ links to the onshore, and greater understanding of the spatial and temporal interaction of tectonics and volcanism.

Implications for hazard management
Building on their success Stagpoole and Miller now plan to begin a new round of data collection, focusing on increasing the resolution of gravity anomaly delineation in key areas. For example, they plan to further refine our knowledge of the Okataina caldera structure, which appears to show evidence for multiple stages of collapse as indicated by steps in the gravity gradient within the caldera. By identifying the most negative of negative gravity anomalies within calderas, they will be able to identify the regions of greatest collapse, which can be related to either a single large eruption, or to the cumulative role of multiple eruptions. Because caldera formation has only rarely been observed firsthand globally and never in the TVZ their research will help provide a clearer picture of caldera formation and structure. Better understanding of such processes is critical for assessment of the hazards and management of the risks presented by the next eruption episode.

Approximately how often do caldera forming eruptions occur in New Zealand (and when was the most recent example)?

<>
Over the last 50,000 years 3 or 4 massive caldera forming eruptions have occurred in the TVZ. The last was from Taupō about 1,800 years ago. Smaller eruptions from volcanoes throughout the TVZ happen more regularly on a scale of tens to hundreds of years.

<>
Yes, they have been used to monitor magma buid-up and movement in volcanoes. See for example: https://cordis.europa.eu/article/id/430166-using-gravity-to-explore-volcanoes 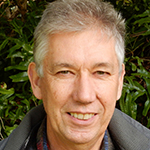 Vaughan Stagpoole is programme leader for geological framework research at GNS Science, New Zealand. He is a geophysicist with expertise in geophysical methods used for investigating the crustal structure of the Earth. He specialises in the interpretation of seismic reflection, gravity and magnetic data, basin modelling and seafloor mapping. 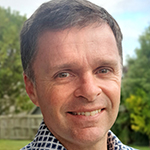 Craig Miller is a senior volcano geophysicist at GNS Science, with a PhD in Earth Science at Simon Fraser University, Canada. He specialises in the application of potential field methods (gravity, magnetic, electrical) to image volcanic structure and time varying volcanic processes.

Funding was provided by the New Zealand Ministry of Business, Innovation and Employment (MBIE) through the Strategic Science Investment Fund for the Te Riu-a-Māui/Zealandia research programme.

For this work we would like to acknowledge our co-authors, Fabio Caratori Tontini, Thomas Brakenrig and Nick Macdonald, who helped with the collection, compilation and reprocessing of data from the TVZ and the interpretation of the gravity anomalies. Also, Graham Leonard and Wanda Stratford, for helpful discussions.