In response to a changing climate, organisms must adapt or migrate to more suitable habitats where the environmental conditions are more favourable. Dr Antonio González-Hernández and his colleagues Dr Diego Nieto-Lugilde, Dr Julio Peñas de Giles, and Professor Francisca Alba-Sánchez, at the universities of Granada and Córdoba, Spain, studied the difference in distribution between two life stages of the Spanish Fir Abies pinsapo, on the Ronda Mountains. They observed an altitude range shift, where the young saplings are migrating upwards to cooler and wetter climates, leaving behind the previous generation of trees to persist at lower altitudes.

When faced with changing climatic conditions that put pressure on their ability to survive and reproduce, organisms have two options: they must either adapt in some way to the changing environment or migrate to more favourable habitats to avoid extinction. Researchers have studied how organisms have shifted their distribution both in terms of latitude and altitude in a bid to escape increasingly warm and dry climates. However, these migrations are harder to detect in organisms with long lifecycles such as trees, where these potential range shifts happen at a much slower pace.

The Spanish Fir, Abies pinsapo, is an evergreen conifer found exclusively in three unconnected regions of the Ronda Mountains in southern Spain. Their populations are small and fragmented: a combination of fires, pests, land-use changes, and the recent effects of drought in the lower altitudes of the mountains mean that since 2010 the species has been listed as ‘Endangered’ on the IUCN Red List of Threatened Species. Dr Antonio González-Hernández and his colleagues Dr Diego Nieto-Lugilde, Dr Julio Peñas de Giles, and Professor Francisca Alba-Sánchez, at the universities of Granada and Córdoba, Spain, set out to assess the long-term fate of this endangered tree species under a changing climate.

Mature trees may exhibit some degree of resilience to less-than-ideal conditions, persisting in areas that seedlings can no longer establish.

They used species distribution models to examine the current distribution of A. pinsapo and to predict how its distribution might change over time. González-Hernández and his colleagues employed an unusual approach to discern altitude range shifts in this large, slow-growing species. They examined two life stages of the tree – mature trees and young saplings – to infer where the next generation of the Spanish Fir might establish if current trends in temperature and rainfall hold.

The journey to adulthood is perilous for a growing sapling – only optimal environmental conditions will allow the young tree to thrive and reach maturity. On the other hand, mature trees may exhibit some degree of resilience to less-than-ideal conditions, persisting in areas where seedlings can no longer establish. Therefore, the difference in current distributions of young saplings compared to mature trees serves as a good indicator for the direction of potential range shifts.

The researchers discovered a disparate demographic structure of Spanish Fir populations at different altitudes. Although the two life stages overlapped in their distribution, the young saplings were found at higher altitudes than mature trees, where temperatures are lower and rainfall is higher. This is compelling evidence that the cooler, wetter regions offer the optimal conditions for promoting new tree growth, and so this can be described as the A. pinsapo’s present ‘reproductive niche’. In contrast, the mature trees were found to be persisting in lower altitude regions where new saplings can no longer take root. It is likely that they established here many years ago when conditions at lower altitudes were more favourable.

Crucially, the shift in distribution between the two life stages of A. pinsapo was not symmetrical at the upper and lower extent of its range. At the ‘leading edge’ of the migration, at higher altitudes, saplings were observed to be colonising areas around 50m higher than their mature counterparts. However, at the lower boundary or ‘trailing edge’, mature trees were found almost 130m lower than the saplings. This imbalance suggests that, in general, mature trees are persisting in habitats unsuitable for reproduction to a greater extent than young saplings are gaining new territory. This type of range shift – where persistence is greater than migration – is described as a ‘lean’ pattern. It is a pattern more commonly observed in long-lived, immobile organisms like trees, where mature individuals are able to persist even when they are under stressors that inhibit their ability to reproduce.

Implications of a lean pattern

If climate trends continue along their current path of warmer temperatures and more frequent and devastating droughts, suitable conditions for A. pinsapo growth will contract at the trailing edge faster than they expand at the leading edge, resulting in an overall reduction in suitable habitat.

These predictions bring to light the long-term threats facing an already endangered species. Over time, new trees may have an ever smaller range over which to establish and grow. Mature trees enduring in unsuitable climates at lower altitudes will have to contend with heightened competition for limited water resources. In turn, competition and exposure to extreme weather could increase their susceptibility to pests and disease. Overall, these trailing-edge individuals are likely to experience increased rates of mortality.

In the leading edge, where saplings have experienced an upward shift in their distribution, they will have to withstand their own set of challenges if they are to make it to maturity. Although seedlings tend to survive better where they grow in clearings (due to reduced competition for light and resources), they will also face increased exposure to the elements. At higher altitudes the forest is less dense, and they are more likely to be damaged by frost and winter desiccation. Saplings may also have to contend with new competition with other species where their ranges now overlap. Overall, tree mortality could outweigh recruiting, causing the population to shrink both in terms of range and number of surviving individuals. Over time, populations of A. pinsapo could become severely fragmented; their distribution could be restricted to high altitudes across different mountain peaks, isolating populations from one another. Ultimately, the upward shift is also limited by the height of the mountains themselves and at some point the Spanish Fir will have nowhere left to retreat to.

Overall, tree mortality could outweigh recruiting, causing the population to shrink both in terms of range, and number of surviving individuals.

The ‘lean pattern’ of migration is not an immediate threat to the survival of the species as a whole. However, the observed altitude range shift serves as a warning of the impact of climate change in the long term. Once species start showing signs of being impacted by the changing climate, the effects tend to compound over time, making them more vulnerable to other stressors. For example, when organisms experience altitude range shifts their populations become fragmented. These small and fragmented populations are likely to have local reduced genetic diversity, making them more susceptible to diseases – if all individuals in a locality are genetically similar a disease outbreak can easily sweep through the population with devastating results. It is also likely that other organisms in mountainous regions, perhaps with shorter lifecycles than trees, are undergoing similar (or even more drastic) variations in their distribution, which may pose a more imminent extinction threat if they are less resilient to climatic extremes.

Importance of life stages for adaptation

Often, studies of species distributions look at species range but fail to account for differences in life stages and how well seeds and saplings are able to establish themselves and complete the life cycle – the reproductive niche. This is particularly important for slow-growing species where mature individuals persist even after their environment has been altered to an extent that prohibits reproduction.

González-Hernández and co-authors have taken a different approach, combining climate trend data with models of the trees’ distribution at two distinct life stages. In doing so, they have been able to more effectively predict what the future might hold for the next generation of the Spanish Fir under global change. Their work also highlights the importance of considering a species’ reproductive range in future studies of species distribution.

What inspired you and the team to consider its different life stages when investigating the response of Spanish Fir to climate change?

A little more than a decade ago, a controversy began, embodied in the so-called principle of the equilibrium of species distribution with the environment. This would imply, on the one hand, that the current presence of species indicates the habitat under which the species can live; and on the other hand, that climatic variations would imply instantaneous changes in the distribution of species, which is not true. The definition of the reproductive niche – the environmental conditions under which a species can establish itself and complete its cycle – has contributed to the understanding of internal population dynamics that can be indicative of environmental changes. This idea had previously been used to identify changes in the latitudinal and altitudinal distribution of species. 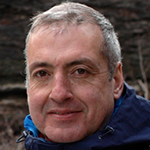 A research associate in biology at the University of Granada, Antonio applies ecoinformatics tools aimed at developing feasible scenarios on the biogeography and ecology of threatened montane conifers in the western Mediterranean, especially the Spanish fir and the Atlas cedar. 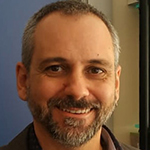 Diego is a senior lecturer in biology at the University of Córdoba. He applies ecoinformatics tools on current and palaeobiological records to address broad questions about biogeography, macroecology, community ecology, anthropisation, and climate change, with a focus on long-term history. 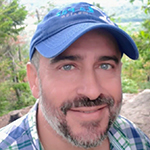 A senior lecturer in biology at the University of Granada, Julio focuses on the biology of plant conservation in mountain areas and arid zones through the identification of diversity patterns in Mediterranean transition zones. 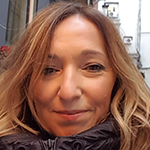 Professor of palaeobotany at the University of Granada, Francisca’s specialty focuses on palynological records and she is currently leading a research project on micro-refuges of threatened montane conifers during the last glacial cycle in the western Mediterranean.

Antonio González-Hernández and colleagues investigate how the distribution of the Spanish Fir Abies pinsapo is being affected by climate change.