Biology
Grunion runs describe the unusual breeding behaviour of the California grunion, which come ashore on sandy beaches to spawn. Fertilised eggs then incubate in the sand and only hatch when scouring waves from the next spring tide reveal them. These life history traits leave both adult fish and eggs vulnerable to negative human impacts. Professor Karen L. M. Martin from Seaver College, Pepperdine University, coordinates a citizen science project which monitors the grunion runs to gather information on the population status and inform conservation efforts.

The California grunion, Leuresthes tenuis, is a marine silverside fish, found only on the Pacific coast of California in the USA and Baja California in Mexico. What makes this species distinctive is their unusual and spectacular midnight spawning on sandy beaches during summer high tides. Large assemblies gather offshore creating unforgettable runs which are the stuff of local legend. Swept in on the high tide after the new or full moon (a spring tide), females burrow into the soft, wet sand and deposit 1500-3000 eggs in a single nest. On the same tide, males may make several journeys into shore in a single night releasing sperm and potentially fertilising the eggs of multiple clutches. The fertilised eggs are then left to incubate in the warm sand, safe above the water line, and are ready to hatch in approximately two weeks, in time for the next spring tide. This process repeats and continues every fortnight, throughout spring and summer nights.

What are the problems?
This unusual life history has made the California grunion particularly vulnerable to human activity. These fantastic beach spawning events have enthralled generations. However, it also led to a local culture of recreational fishing during spawning events which resulted in severe overharvest and depletion of the population. Many of the spawning beaches are also some of the most popular coastal destinations for daytime human visitors in southern California. To cater for the visitors, beaches are raked and graded to remove rubbish, and lifeguard and other public safety vehicles patrol the shoreline creating disturbance which can destroy incubating eggs.

In addition to these direct human activities, climate change impacts and an ever-increasing human population exacerbate the problems facing the California grunion. Coastal squeeze, caused by the combination of human development on the landward side and climate-induced sea level rise and erosion on the ocean side, has reduced the available habitat for many coastal plants and animals. For beach-spawning fishes this loss of critical spawning habitat will have a direct negative impact on recruitment into the next generation. As well as sea level rise, climate change also causes ocean warming. Temperature plays a part in sex determination of California grunion with warmer temperatures in early life increasing the proportion of males, which will have knock-on consequences for recruitment into the next generation and long-term population trends.

Observations of runs can be dazzling, with thousands of fish moving out onto shore from waves for an hour or more.

To add to the problems, California grunion are rarely caught in trawl surveys and do not take a hook, so these traditional fisheries methods for gathering population data are unsuccessful. This has left a significant gap in knowledge and understanding of population trends for the species which are vital to inform effective conservation management strategies.

Citizen Science: Grunion Greeters
Since 2002 Professor Karen Martin from Seaver College at Pepperdine University, Malibu, has directed the ‘Grunion Greeters’ citizen science programme. This project monitors key aspects of the grunion run, at over 50 beaches across the geographical range, generating an important long-term data set made up of over 5000 reports to date. Grunion Greeter volunteers are trained to assess: 1) the number of fish on shore, 2) the duration, and 3) the extent of shoreline, during the peak of the run. The measures are known as the ‘Walker Scale’ after scientist Boyd Walker who single-handedly gathered data on grunion runs almost every night for three years, and in 1947 initiated his own early citizen science project by enlisting the help of volunteers across California. Today’s citizen scientists also report on the weather, features of the habitat, and human and predator behaviour during the grunion run. Data are submitted via a web portal and so are instantly available to the scientists. Analysis of the data to understand reliability of citizen scientist observations shows the data to be highly reliable, with observers agreeing 87.6% of the time in their use of the Walker Scale to rank spawning runs.

What has the project found?
Data collected by the dedicated Grunion Greeters shows grunion runs to be highly variable across locations and days. However, overall the results suggest runs are declining across the species range. From 2002 to 2010 the median average ranking on the Walker Scale was W2, described as a ‘good run’ and indicating 100-500 fish at the peak during a run. However, from 2010 to 2018 this ranking dropped to a median of W1, a ‘light run’, with fewer than 100 fish at the peak. Furthermore, a median of W0 ‘no run’ with little or no spawning was recorded in both 2014 and 2016. Occasional large runs are still observed. However, this is likely a result of a tendency for this species to aggregate, which could mask total population declines.

The data also indicates a northward shift in range for the California grunion. Northward range shifts have been identified across animal and plant taxa as a response to climate change. However, the northern variation of the California grunion is smaller and spawns less frequently, producing fewer, smaller eggs per clutch. These phenotypic changes to key life-history traits result in a reduction in reproductive output and suggest the range shift alone will not be enough to stabilise the population in the face of climate change.

All should be able to simply enjoy the amazing sight of California’s original surfers dancing on the beach.

Recreational fishing during spawning runs has long been part of the local popular culture. Since 1927, unique rules have been put in place to try to manage the California grunion population and protect them from overharvest. No take is allowed across the peak spawning season in April and May and even outside of this time, anyone 16 or over must have a licence. Fishing gear is banned, so people can only catch the fish with their bare hands. However, data from the Grunion Greeters project showed enforcement of these measures to be low, and recreational fishing continues to impact spawning runs. The data also identified a significant problem of noise from people waiting on the shoreline disrupting the run and preventing spawning before fish are caught.

Conservation management
Data for this successful citizen science project is playing a crucial role in informing conservation management. Greater understanding of the grunion run has informed beach management, and beach maintenance for visitors is now restricted to above the high-tide line to reduce disturbance and damage to nests. However, the decline in the number and size of grunion runs across the range suggests either total population decline and/or inability to spawn, both of which lead to a reduction in reproductive output. Prof Karen Martin and colleagues are calling for greater protection, particularly around recreational fishing which despite restrictions continues to significantly impact spawning and therefore long-term population trends. This highly charismatic species is also a key indicator of the impacts of climate change on beach ecology and further work is needed to understand how these can be mitigated. Finally, the Grunion Greeters continue to work to shift perceptions towards an appreciation of the wonder of the grunion run as a truly inspiring natural spectacle.

Find out more about this long-standing, successful citizen science project at www.grunion.org or www.beachecologycoalition.org, with updates also posted on Instagram using the hashtag #BeachEcologyCoalition.

Does the decline in California grunion have knock on effects for other species?

<> Yes, the species is a forage fish that is eaten by many other animals including sharks, sea lions, dolphins, halibut, pelicans, and guitarfish. Some fish actually come out of the water chasing grunion during runs. On these nights, Great Blue Herons and Night Herons are often seen hunting the fish between the waves. Grunion eggs and young are favourite foods of some endangered shorebird species that nest or roost on beaches, including the Red Knot and the Least Tern. These fish provide important, high-quality food to birds during their critical reproductive periods and as they migrate along the Pacific Flyway. 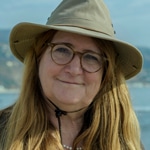 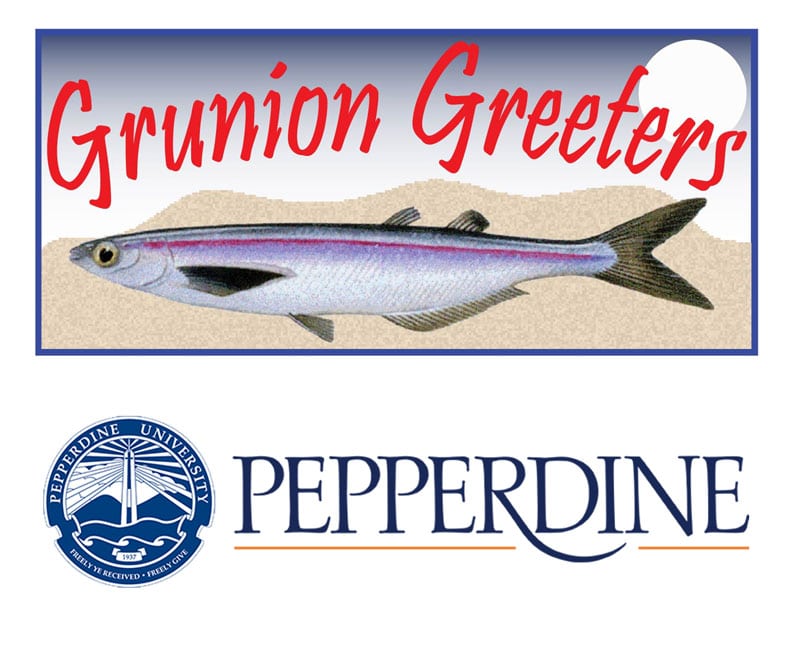