Professor Robson addresses fundamental questions of social progress and how societies can experiment with different political and social systems without unduly disregarding tradition. This experimentation enables individuals and groups to learn how to better secure justice and improve society more generally. However, it also requires overcoming constraints associated with rationality, which prevent people and communities from taking the necessary risks to forge better ways of doing and living. Incentivising innovation through entrepreneurism is one way of rationally establishing risk-acceptable pathways toward improvements in justice.

The year is 2022. A time of great turmoil and change. Members of countless societies face special challenges. Securing justice into the future will be no easy task. Professor Robson investigates how members of societies can better secure justice, offering a fresh approach to this perennial social problem.

Why and when should societies change their structures? How easy is it to do so? Which pathways of change, if any, should citizens pursue? How can societies try different ways of organising themselves, without creating harm from the risk associated with social experimentation? Should people try, say, living off-the-grid, en masse, to avoid the potential harms of technological over-reliance? Should communities move toward more collective ownership or more individual ownership? What inhibits individuals and societies from making improvements, if and when improvements ought to be made?

These are the sorts of questions that Professor Robson addresses. He expands on the work of theorists, such as John Stuart Mill and Robert Nozick, who argued for experimenting with different ways of living to morally improve lives and social institutions. Taking this proposal beyond theoretical reflection, Professor Robson evaluates the value, risk, and rationality of such experimentation, and considers how social and political innovation is achievable within the basic constraints of functional political traditions.

Only a small number of intrepid individuals are required to take the measured risks needed to improve societies.

Professor Robson explains that trying different social and political systems enables people to identify and implement social and legal arrangements that are improvements by the lights of justice. These kinds of ‘experiments’ can help to show whether a particular kind of political system improves people’s lives and societies. Quite importantly, members of other communities can observe and learn from the experiments and experiences of others. Professor Robson examines the potential for an approach to trying new ways of living that rationally balances potential risks and rewards. He points out that there are often weighty risks that can be prohibitive – at times quite rightly – when implementing social experiments on a wide scale without first understanding the benefits and harms that could accompany such experimentation.

For this reason, many individuals are likely to be unwilling to try new ways of living in community and new social institutions. What Professor Robson calls the ‘Prudential Rationality Constraint’ (PRC) inhibits people (for better or worse) from trying new social arrangements. The PRC arises because people want to protect their own interests in the short term and overall, even if experimentation is better for most or all in the long term; so the PRC is a powerful constraint on people’s willingness to experiment. Essentially, this means that people are only likely to do so when there is an incentive or motive to try new social and political systems. People are likely to weigh the costs and benefits of new approaches and will want to consider the usefulness of an experiment.

Professor Robson explains that, in addition to prudential rationality, which impedes experimentation (sometimes justifiably, sometimes not), there are other principles that influence and deter people from engaging in social experiments that might benefit them. These principles include, for instance, risk aversion and loss aversion. Many people are fundamentally reluctant to engage in activities that could cause them to incur losses, and this is a significant barrier to experimenting with new ways of doing things. Additionally, the challenges inherent in successfully implementing collective action may also deter experimentation. While some individuals might be willing to take a risk to try a new social process or arrangement, many will prefer to stand back and observe the risk-takers, and learn from their mistakes, before taking any risk themselves and incurring potential costs associated with it. So even if new forms of communal living would predictably benefit a group, individuals’ particular incentives can make them unmotivated to try them.

Professor Robson says that to overcome the constraints of the PRC, societies have long used public and private strategies for incentivising experiments in living. Diverse strategies will appeal to different groups depending on their prior views on questions of political morality. For example, laws can be and have been modified to encourage experiments in living by introducing limited liability for entrepreneurs designing new products, which can benefit people while reducing the risk associated with product development. Limiting liability can encourage innovators to take the necessary risks to safely test ideas that can add value to society. In addition, Professor Robson argues that there are many examples of entrepreneurial success stories involving social experiments that have much improved people’s lives. For example, medical tourism leverages innovative entrepreneurial health schemes to help people access better medical care than what is ordinarily available to them. And an example of an innovative civic experiment is the proposal for a state-provided minimum income, which would give citizens funding to meet their basic needs. This and other proposals are rightly controversial though, and a full analysis of their value would need to consider more than their potential positive impacts in incentivising social experimentation.

Only a small number of intrepid individuals are required to take the measured risks needed to improve societies.

Ultimately, societies are diverse and there are always individuals within a society who tend to be more open to risk and experimentation, and less constrained by established processes. Highly creative people and entrepreneurs may be more inclined to experiment with new ways of living. Professor Robson argues that only a small number of intrepid individuals are required to take the measured risks needed to improve societies and better secure justice. The existence of such individuals implies that, despite the PRC, there will always be people willing to take the risks necessary for positive changes in social living. Even those citizens or societies who are personally less bold about experimenting benefit from living in a society with others who are more intrepid, as those observing have the opportunity to learn from others without the risks of trying new ways of doing things. This seems especially true under federalist systems in which social and political experiments can originate at local levels and be replicated elsewhere or higher up if successful.

What kinds of values are necessary in a society to encourage experimentation?

Crucial here is not only a willingness to learn from experience but also a careful consideration of which experiments in living are worth pursuing. Many bad sociopolitical experiments have been tried, some at the highest levels of government, leading to major social problems. Even so, a society that embraces freedom of association and a willingness to try new ways of living together is likely to better secure justice and improve society more generally – if, that is, they experiment wisely and carefully.

What are some of the most important social and political experiments needed for social justice?

To improve the justice of a society, people need to respect others’ rights and liberties. In this regard, experiments should be noncoercive and nondeceptive. Within these and other applicable moral constraints, people might engage in different institutional schemes and empirically test the results. For example, public schools can implement different curricula and pedagogical techniques and then carefully examine and compare the outcomes. If student performance improves far more with one curriculum than with another, then the schools will have gained a valuable insight. They will have learned that they have a weighty reason, all else equal, to use the first curriculum over the second. This insight from social experimentation can improve many students’ lives.

Justice and community: The rationality of learning by doing was last modified: August 24th, 2022 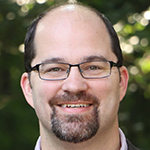 Gregory Robson is an assistant professor of philosophy at Iowa State University. He specialises in moral and political philosophy, including business and technology ethics, and has published widely across these areas. Professor Robson studied economics, government, and philosophy at Vanderbilt, Harvard, the Angelicum (Italy), Duke, and the University of Arizona.

This work was supported by the Institute for Humane Studies.

One thought on “Justice and community: The rationality of learning by doing”