Biology
Antlers play a central role in deer mating behaviour as both a weapon for competition between rivals, and a visual signal of mate quality. However, antler growth is energetically costly and the allocation of resources must be balanced against survival. Research led by Dr Bronson Strickland and Dr Steve Demarais, co-directors of the Deer Ecology and Management Research Laboratory at Mississippi State University, has gathered a body of evidence demonstrating the links between antler growth, habitat quality and the abiotic environment. Their work has not only improved understanding of how these extravagant traits evolved but also informs ongoing deer management.

Antlers are bony structures found on the heads of male deer that, unlike horns, are grown and shed annually. This is energetically costly and requires significant nutritional input for maximum antler growth. Antler shape and size varies widely among extinct and extant deer species depending on life-history characteristics and habitat. Within deer species, antlers are allometrically optimised for size and structural strength during male-male combat (Jones et al. 2018). The extinct Irish elk had the most extravagant antlers of any known deer species, up to 12ft from tip to tip, requiring a great amount of nutritional resources to grow them, and physiologically taxing to carry them. Given the costs associated with antlers, why did antlers evolve?

While forming his theory of natural selection, Charles Darwin became thoroughly perplexed by examples of extravagant sexual dimorphisms, most often expressed by males, that did not appear to aid survival. “The sight of a feather in a peacock’s tail, whenever I gaze at it, makes me sick,” Darwin wrote. However, he also observed key differences in mating behaviour between the sexes, with males often competing with rivals for mating opportunities, or using their ornaments to display to females and signal their suitability as a mate. He concluded that these extravagant traits would evolve despite their survival costs because they increased mating and reproductive success and therefore contributed to greater numbers of offspring in the next generation. He proposed this as his second great theory of sexual selection.

A large body of research now supports the evolution of antlers in deer via sexual selection. Antlers play a vital role in both intra-sexual male-male combat to establish dominance and mating opportunities (competition), as well as acting as an inter-sexual signal to females of the physiological and genetic quality of a male (choice) (Morina et al. 2018). Dr Bronson Strickland and Dr Steve Demarais are co-directors of the Deer Ecology and Management Research Laboratory at Mississippi State University and have contributed to this body of evidence using studies of both wild and captive-reared white-tailed deer, Odocoileus virginianus.

White-tailed deer
White-tailed deer are native to the Americas and are found from southern Canada through to Peru and Bolivia. They are generalists, able to make use of a wide range of habitat types from forests to agricultural land, provided there is good cover, food and water in relative proximity. Mississippi holds one of the largest statewide populations, estimated at 1.75 million individuals. White-tailed deer are also a popular game species as their large antlers are prized by hunters and in the early 1900s, habitat loss and unregulated subsistence hunting in the state greatly reduced their numbers.

Because antler size sensitively tracks habitat variability, they can be used to signal both short- and long-term environmental change.

Ongoing collaboration between the Deer Ecology and Management research team and the Mississippi Department of Wildlife, Fisheries & Parks informs sustainable management for both biodiversity and recreational hunting.

Allocation of resources
As antlers are nutritionally and physiologically taxing to produce, life-history theory suggests allocating resources to their growth must be balanced against resources for survival to maximise reproductive success over lifetime (fitness). The balance between investment in antlers that may increase current mating success and survival (which can create the potential for future reproduction), is predicted to depend on the quantity and quality of habitat or sources of nutrition, as well as the age/physical maturity of an individual.

In an early study of wild populations of white-tailed deer across Mississippi, Strickland and Demarais (2008), showed that using land-use data as an indicator of habitat quality was a strong predictor of antler size. The data revealed that increased antler size was found where land-use allowed for ground-cover plant communities, such as agriculture, pasture, or forests that were managed to allow sunlight to reach the forest floor and stimulate growth of herbaceous plants, providing good quality nutrition. Further evidence of the importance of nutrition for antler size was gathered in a study of captive-reared individuals, fed a high-quality diet. As predicted, higher quality nutrition increased all measures of body and antler size in males however, antler size was more responsive and increased to a greater extent. This study highlighted that males were able to increase investment in antler growth and adopt a ‘luxury’ strategy where nutrition was abundant (Michel et al. 2016).

The complex trade-offs between investment in traits which increase reproduction and those that benefit survival are further complicated by individual age. Data gathered for growing and mature males experiencing different levels of nutritional quality highlighted that there was no simple rule to describe optimal investment. However greater variability in antler mass of younger males suggests body mass is a priority while older males may benefit from optimising antler strength and structure (Jones et al. 2018).

Environmental stress
Because antler size sensitively tracks habitat variability, they can be used to signal both short- and long-term environmental change. Behavioural plasticity allows white-tailed deer to mitigate short-term changes in heat (Wolff et al. 2020); however, longer-term changes to abiotic conditions across a geographic region may directly impact survival and condition of individuals, or indirectly impact deer via the timing and extent of growth of plant food sources. A recent study from the Deer Ecology and Management lab sought to investigate whether antler growth in the white-tailed deer population of Mississippi, signals environmental changes over time.

We like to say that antlers are a target of hunters, but a tool for biologists.

Climate is a summary of a suite of variables including temperature, precipitation, wind, humidity and sunlight. Using broad-scale climate indices enabled the researchers to simplify complex weather systems. They used three major climate indices known to drive climate variability in the Northern Hemisphere:

The study used long-term hunter-harvest data (1991-20) recorded by the Mississippi Department of Wildlife, Fisheries and Parks. Specifically, the research focused on antler and body mass of 2.5-year-old males (75,700 males in total) and considered the role of climate both in the season of harvest as well as in the three preceding years. The team was surprised to find no apparent association of antler mass with climate indices in the year of harvest. However, drier conditions during early years of male development and growth were associated with reduced antler mass, suggesting males prioritise body growth where environmental conditions are less favourable. Climate change in this region of the USA is predicted to include greater variability in precipitation. The results of this study suggest that this could have indirect effects for whole cohorts of male deer and while this research focused on morphometrics of individuals, this could alter age-related patterns of reproductive success of the male population (Strickland et al. 2020).

Management and conservation
The Deer Ecology and Management Laboratory, at Mississippi State University has built up a detailed body of knowledge about the impact of habitat and the environment on the reproductive success of white-tailed deer. These data are valuable not only for population management of this economically important species but also improve the ability of scientists to predict future impacts of habitat quality and climate on individuals and populations. Strickland and Demarais like to say “that antlers are a target of hunters, but a tool for biologists.” Climate and population models are vital tools to support management and conservation of biodiversity in an increasingly challenging environment.

Are there other species that have specifically benefitted from management of white-tailed deer in Mississippi?

<> Many species of mammals and ground-nesting birds greatly benefit from good habitat management for white-tailed deer, which involves developing an herbaceous layer of vegetation. Deer prefer to eat broadleaf plants (called forbs) that are produced simply by allowing sunlight to reach the ground, especially with soil disturbance. For example, a dense forest canopy captures all the sunlight, allowing little to reach the ground to be used for plant production. Generating these early successional plant communities not only provides food and cover for deer, but also for many small mammals and ground nesting birds.

How does management of deer benefit biodiversity more widely?

<>Good deer management benefits biodiversity in two ways. First, as mentioned above, good habitat management provides food and cover for many other species. Second, being a keystone species, effects from their significant alteration of habitat composition and structure can cascade with negative effects on biodiversity. Deer population numbers at the habitat’s capacity can reduce plant biodiversity, which impacts other animals’ limited habitat. A good deer manager keeps populations in balance with habitat not only for deer, but also for other wildlife. 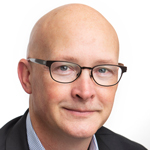 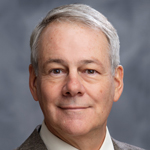 Steve and Bronson co-direct the White-tailed Deer Ecology and Management Research Laboratory. Their deer research is meaningful to natural resource professionals as well as the hunting public.

Strickland B., Demarais S., (2020). Antlers: The long and short of it. Research OUTREACH 115. Available at: https://researchoutreach.org/articles/antlers-the-long-and-short-of-it/ (Accessed YYYY/MM/DD)